Note: This article is reprinted from the August 2014 issue of Collectible Automobile

The Studebaker name persisted in new-car showrooms until 1966, but the end of automaking as the company had known it for decades really came in 1963. A steady decline from the production peak in 1950 had gained an unmitigated momentum by the time the Sixties dawned. When Studebaker lost $25 million on automotive operations in ’63, the corporation closed its main factory in South Bend, Indiana, and shifted assembly of only its highest-volume car line to a smaller, cheaper-to-run plant in Canada to live out the brand’s last few years. 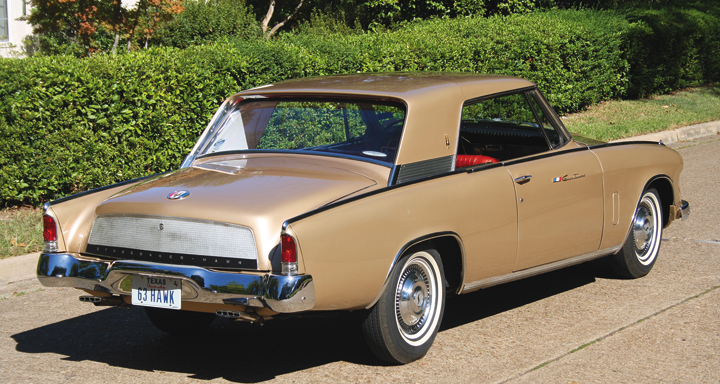 The Hawk would live on for just one more model year after our feature car was built.

When the end came in South Bend near Christmas 1963, Studebaker was, of course, busy producing its 1964 models. It was a varied lineup of products, headed by the dramatic fiberglass-bodied Avanti coupe, and it also included the almost-intermediate compact Lark (a name Studebaker was starting to downplay), the personal-luxury Gran Turismo Hawk hardtop coupe, and trucks. Only the family friendly Larks could be spared in Canada. The Avanti and GT Hawk were abruptly halted with ’64 production of just 809 and 1767, respectively.

The Hawk became the Gran Turismo Hawk for 1962. The Hawk name disappeared completely for 1965.

The Avanti would rise again in a few years as an independent marque, but for the Hawk, this was the end of an odyssey that began 11 years earlier. At its heart, the GT Hawk was the brilliant Starlight coupe/Starliner hardtop designed for 1953 under the auspices of Raymond Loewy. In ’56, when restyled sedans and wagons were ushered in, the sleek 120.5-inch-wheelbase two-doors were dolled up with trendy fins and chrome and renamed Hawks.

Hawk coupes were still in the line in 1961, but their looks were by then decidedly old-hat. New president Sherwood Egbert called on industrial designer Brooks Stevens to come up with something new for ’62, albeit on the same platform. With just $7 million at his disposal (some of which had to be used to touch up the Lark) and only a few months to work, he lopped off the fins, toned down the trim, and applied a hardtop roof—the Hawk’s first since ’58—clearly inspired by the successful look of the period Ford Thunderbird and Galaxie. 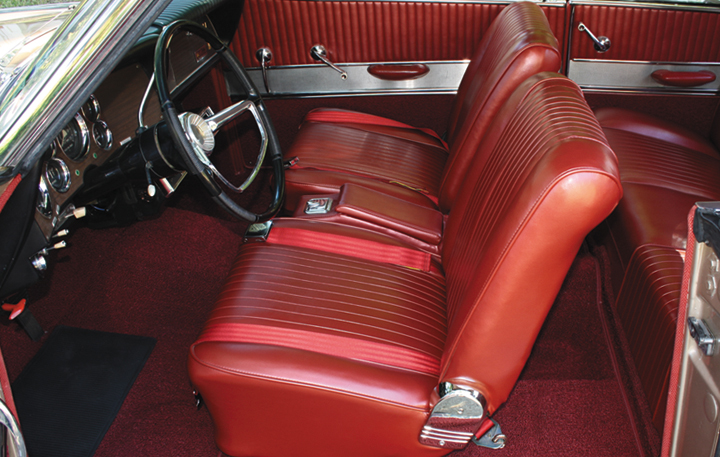 The Gran Turismo Hawk was available exclusively as a hardtop coupe.

Sales more than doubled to 8388, but started to dip again in ’63, when just 4634 of the $3095 cars were ordered. A revised grille surface, round parking lights, and body-color headlight rings were subtle appearance updates. More substantive were the addition of optional 240-bhp R1 and 290-bhp supercharged R2 versions of the Studebaker 289-cid V-8. Motor Trend reported the R2 would push a 3780-pound GT Hawk with the performance-oriented “Super” package to 60 mph in 8.5 seconds and run the quarter-mile in 16.8 seconds. 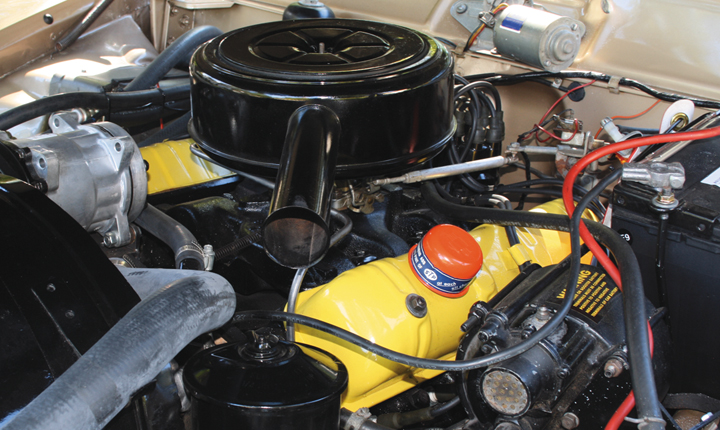 The owner of the Gran Turismo Hawk featured here, Gene Peiter, of Longview, Texas, purchased the car new in November 1963. By the time it was photographed in fall 2010, it had covered approximately 183,000 miles and undergone a restoration in 2009.

Peiter’s car runs the standard Hawk engine, a 289 with a two-barrel carburetor, rated at 210 bhp. It is hooked to a three-speed manual transmission with overdrive. Extras include power steering, power brakes (discs in front), a radio, and air conditioning.

What if the 1955 Chevy Had Been Designed by Studebaker?