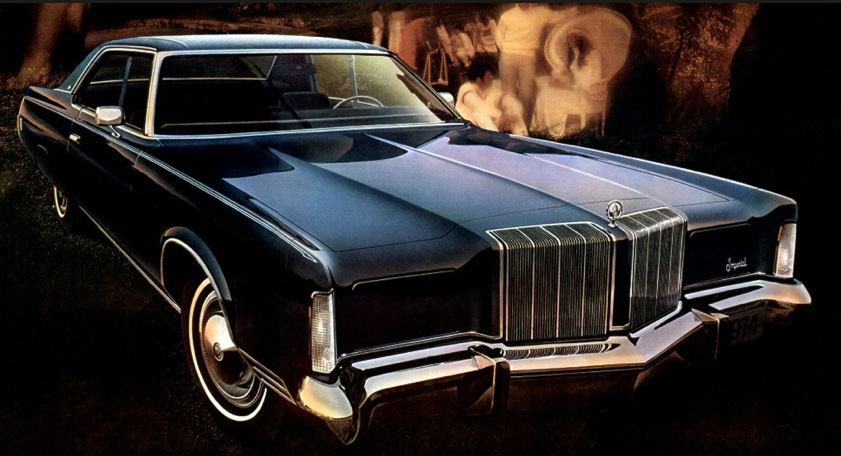 If this were a 6-car list, the Chrysler Imperial Coupe shown here would have made the list. The Imperial Sedan, however, just made the top 5.

I’ll just admit it. I chose 1974 because I wanted to get a car other than a Cadillac or Lincoln on the list. If you check out our The 5 Most Expensive Cars of 1972 post, you’ll a lineup of comprised entirely by cars of those makes.

New for 1974, and just squeaking onto our list of pricey rides is the Chrysler Imperial LeBaron 4-door hardtop. Imperial was redesigned for ’74, after coming close to termination after the 1973 model year.

A last-minute decision by Chrysler executives saved the Imperial, though not for long. The 7th generation (by some counts) of Chrysler’s most-luxurious ride would wrap up after the 1975 model year.

Chrysler did not commit in a big way to the Imperial however, slapping the storied nameplate on what was essentially a gussied-up New Yorker.

The lack of a unique platform–or even truly unique bodywork–hurt the Imperial in its battle for sales against the best Cadillac and Lincoln had to offer. All told, just over 14,000 Imperials connected with new-car shoppers in 1974, and just under 9000 were sold in ’75.

The Imperial name would rise again, albeit briefly, for the 1981-1983 model years, this time riding on Chrysler’s ubiquitous M-Body platform.

Fun fact: This was the last year for Cadillac’s 472-inch V8. Every Cadillac except the Seville would be powered by the brand’s exclusive 500-inch V8 for ’75.

Fun fact: An available 2.73 axle could had instead of the standard 3.07 unit in the name of fuel economy. 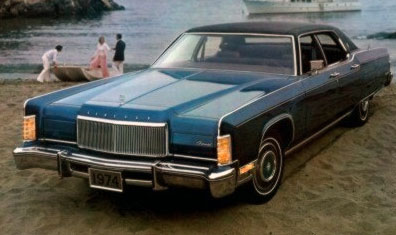 Fun fact: Though a power antenna was standard, an FM radio was still a $142 option.

Fun fact: Only car on this list with standard (or available) 4-wheel disc brakes.