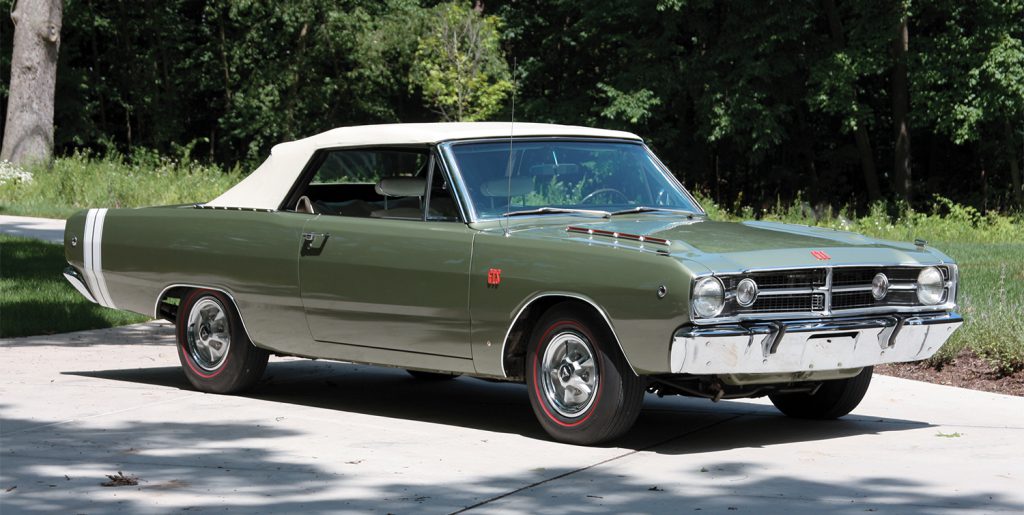 Note: The following story was excerpted from the April 2011 issue of Collectible Automobile magazine

During the Sixties, the automobile market fractured into several different segments within the overall market. To be successful, most marques could no longer rely on a single one-size-fits-all strategy.

Detroit’s Big Three added their first compacts for 1960. Midsize—or intermediate models—arrived on the market by 1962. The “ponycar” craze started with the introduction of the Ford Mustang in April 1964.

Then, too, muscular performance variants of full-size cars and sporty compacts also appeared early in the same decade. Soon these categories started cross-pollinating, and within a few years a bevy of new models to fill an array of new niches appeared. 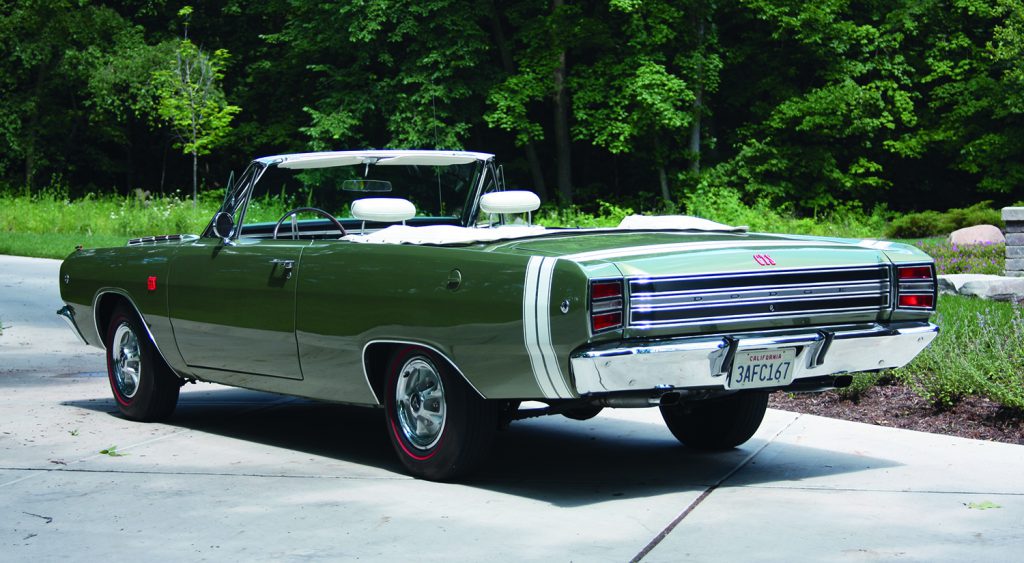 At Dodge, the Dart name took part in more market segments than most during the Sixties. Introduced in 1960, Darts were full-sized cars. By 1962, due to the downsizing of Dodge’s full-size products, Darts were in effect intermediates. The next year, the nameplate replaced the Lancer monicker on Dodge’s entry in the incredibly competitive compact class.

A sporty Dart GT model with bucket seats had been part of the mix since ’63, but things became substantially more interesting the next year when Chrysler’s new 273-cubic-inch V8 joined the options list. Though a huge improvement, the first V8 available in a Dodge compact wasn’t a complete screamer with only 180 horsepower on tap. But Dart’s performance image soon was quite literally off to the races. 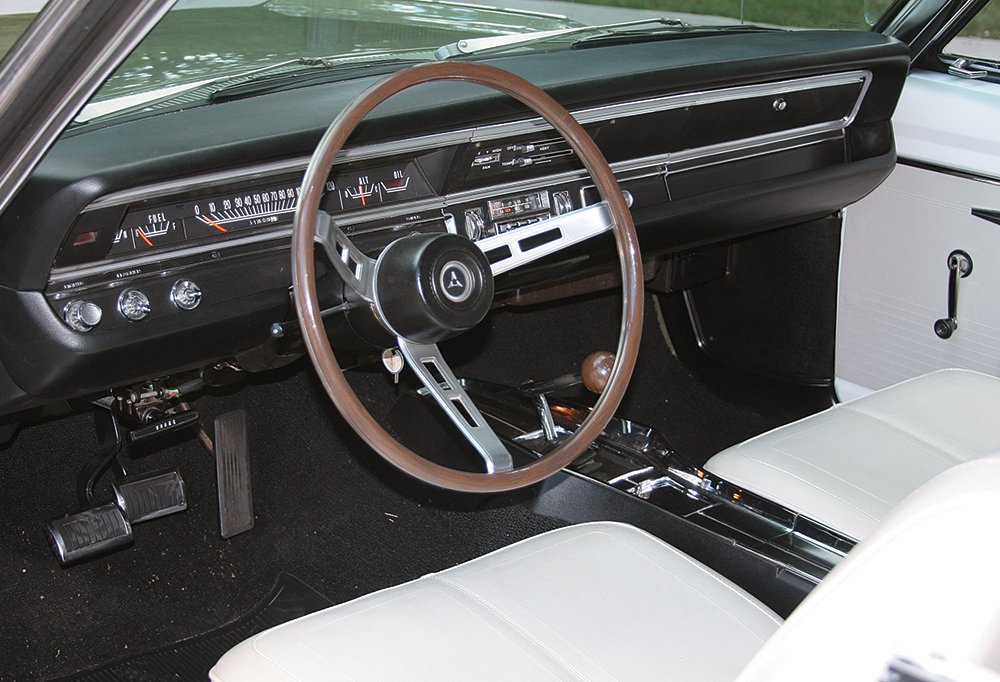 A 1967 redesign left Dart looking better than ever. The GT remained the performance model and, at first, the 273 ruled the roost. But very late in the year, Dodge released a new higher-performance model: Dart GTS, with a four-barrel 383 V8 under the hood and 280 horsepower available at the driver’s command.

As interesting as this development was, the picture changed a bit for 1968. Like all ’68 Darts, the GTS (or GTSport as the catalog copywriters called the brute), wore the expected facelift. But GTS models also received some unique visual touches, including a distinct power-bulge hood. Dodge’s bold “bumble-bee” stripes that wrapped around the rear quarter panels and across the top of the decklid were available to GTS buyers. The striping scheme clearly signaled to those in the know that your Dart was a member of Dodge’s muscular “Scat Pack.” 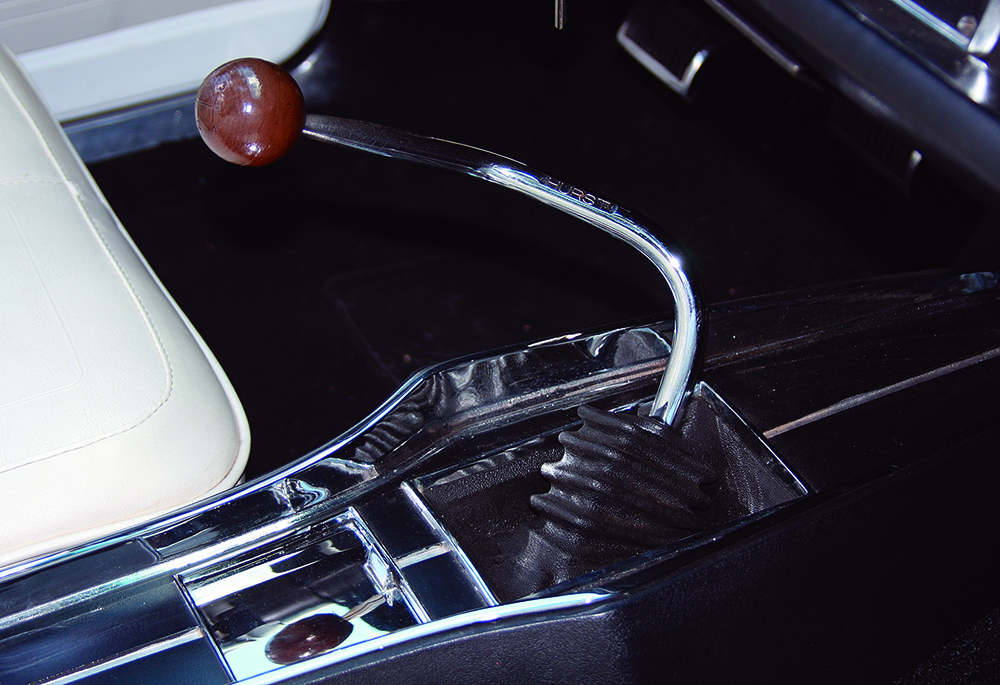 Underhood there were major changes. The 383 was back, but now it was optional and was good for 300 horsepower. The standard mill was a new 340-inch version of the basic 273 V8. The high-performance 340 was a thoroughly modern design that was compact and lightweight—two qualities the 383 did not share.

Rated conservatively at 275 horsepower—many believed the true number was closer to 325—the 340 was a stormer in the Dart. Car and Driver said a 340 GTS went 0-to-60 mph in six seconds flat and covered the quarter in 14.4 clicks at 99 mph. This was better than a 375-horse Chevy II or 383-powered Plymouth Road Runner.

Dodge sold 8745 ’68 GTSes including 450 convertibles. The featured ragtop, owned by David Freeman of Mokena, Illinois, packs the 340 V8 backed by a four-speed transmission with a Hurst shifter. 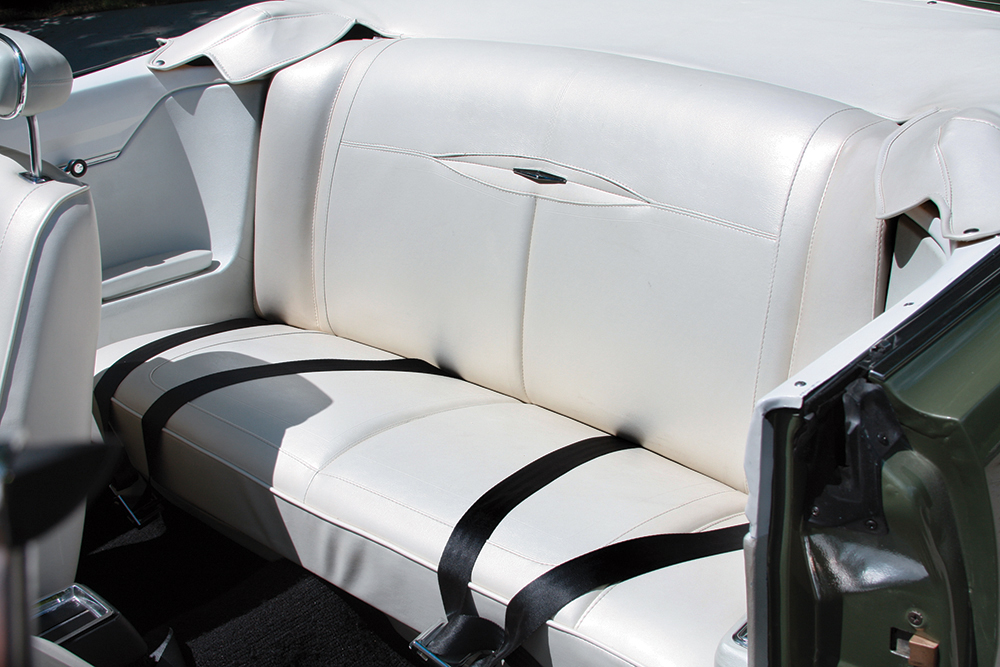 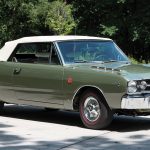 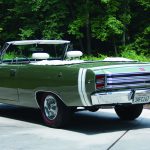 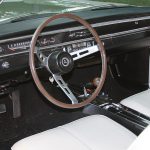 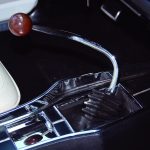 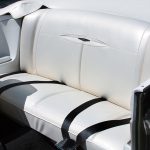 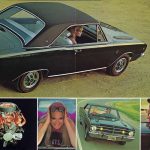