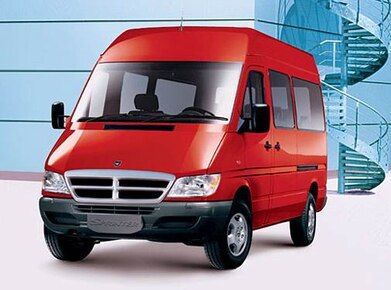 Dodge Sprinter is a rear-drive utility van that replaced the Dodge Ram Wagon in 2003. Sprinter is based on van sold in Europe as a Mercedes-Benz and is intended for commercial use–though both cargo and passenger models are offered in the US. All have two front doors, a sliding side door on the passenger side, and swing-out rear doors. Two models are offered, a 2500 and 3500.

The main difference between the two models is the payload rating. Each is available in standard or high roof form and comes in three wheelbases: 118, 140, and 158 inches. The high roof adds 9 inches of interior room via a taller roof. The sole engine is a 2.7-liter 5-cylinder turbodiesel. It mates to a 5-speed automatic transmission. Standard safety equipment includes dual front airbags and antilock 4-wheel disc brakes. An antiskid system is standard on 2500 models. Cargo models seat two on front buckets. Passenger models have room for up to ten on rear bench seats. Available optional equipment includes a heated windshield, manual sunroof, and a rear back-up alarm. 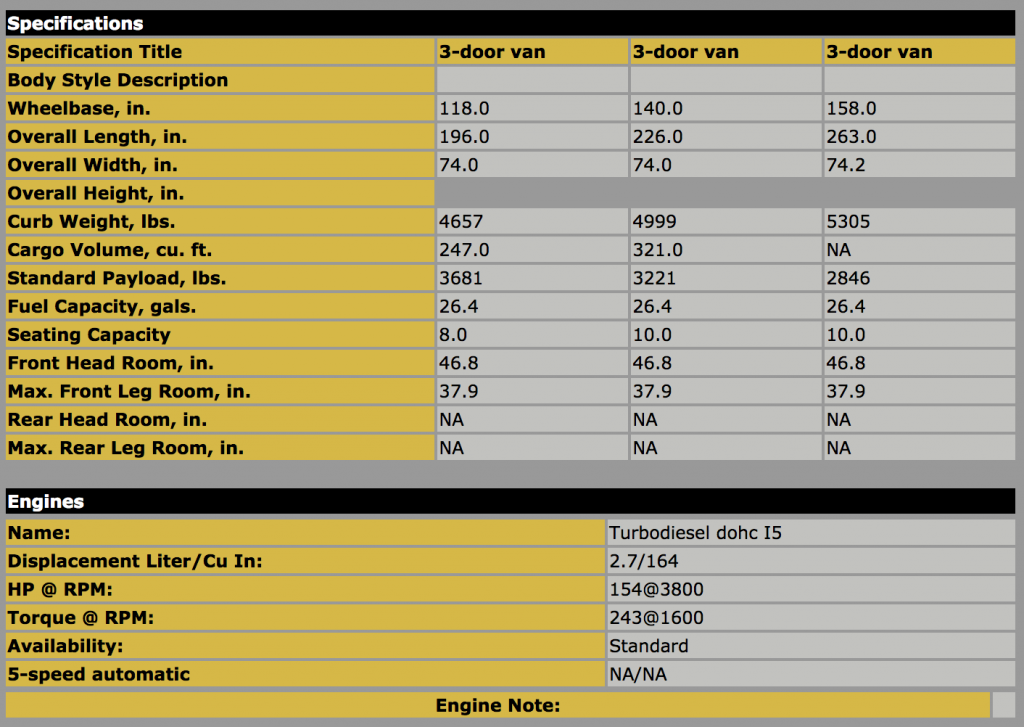 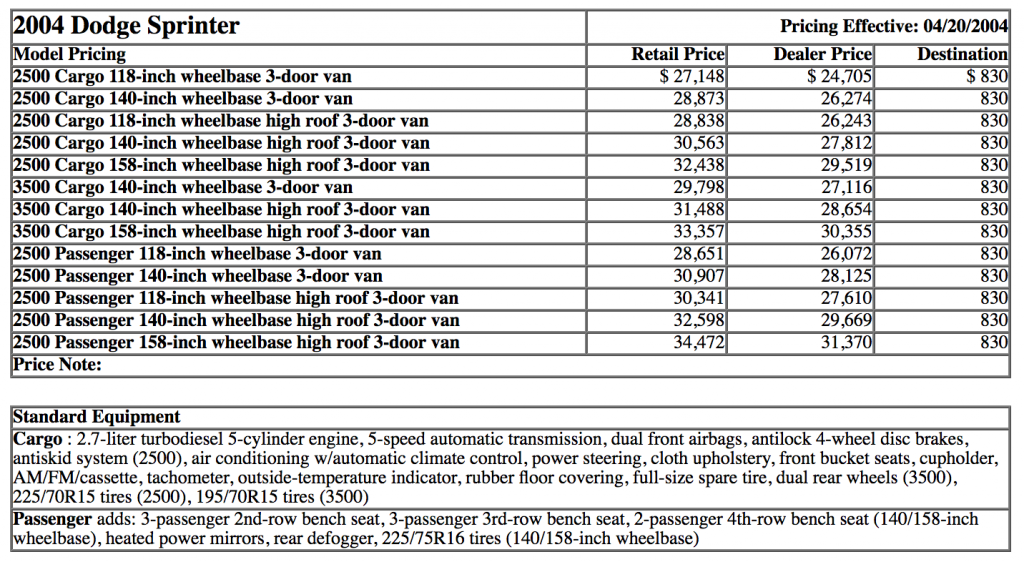 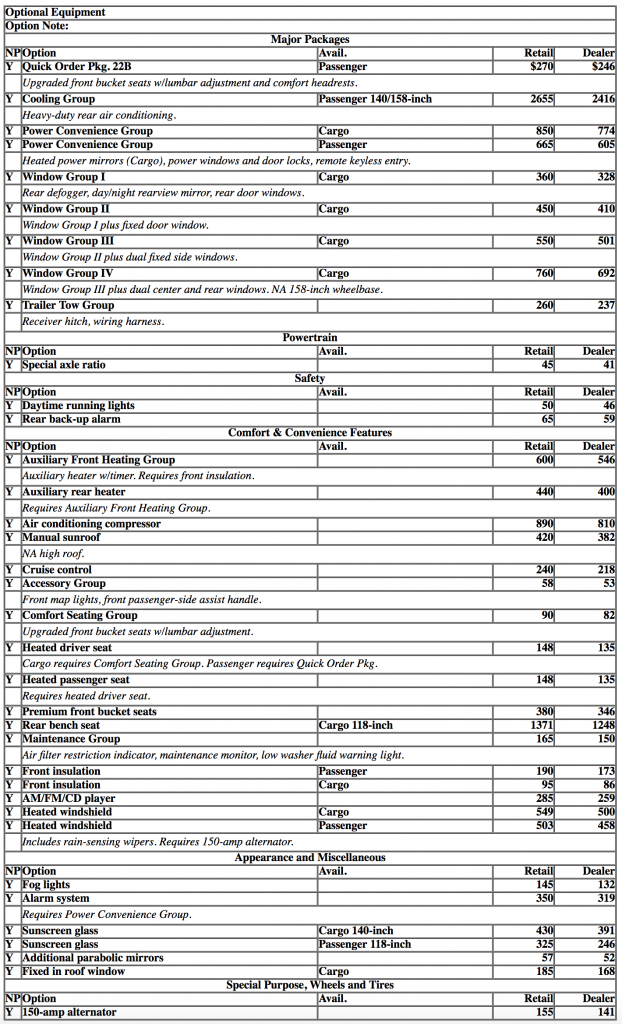