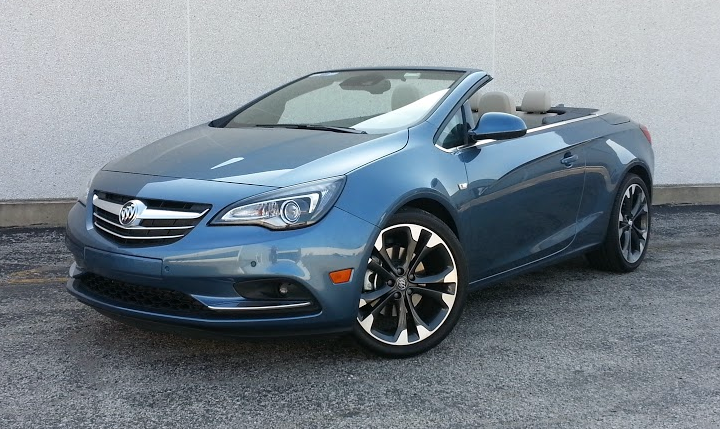 The not so good: Cramped rear-seat accommodations, unconventional media controls

By now you’ve probably heard that the Cascada is Buick’s first convertible model since the 2-seat Reatta was retired back in 1991. It’s interesting that Buick is getting back into the droptop game after 25 years, but it’s not really surprising.

With the Chrysler 200 Convertible absent since the end of the 2014 model year, and the Volkswagen Eos dropped from the VW’s U.S. lineup after 2015, the list of remaining affordable 4-seat ragtops is decidedly eclectic. 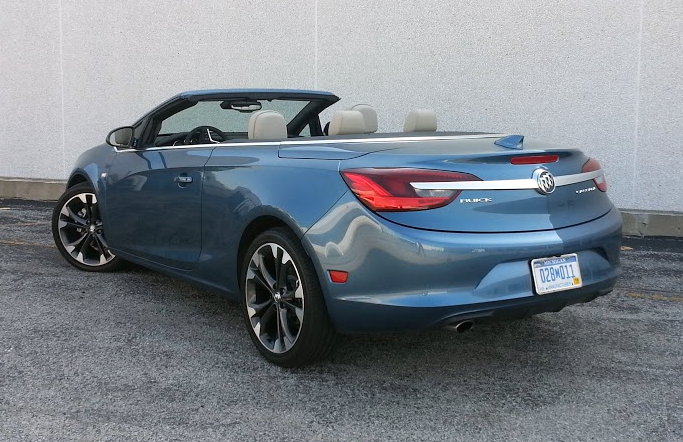 In Premium trim, Cascada is pretty much fully loaded, but extra-cost paint can add to the bottom line. Consumer Guide’s test Cascada arrived in Deep Sky Metallic, a $395 color option.

For droptop shoppers who find the Mini Cooper convertible a little too expressive, the Ford Mustang too sporty, the Jeep Wrangler too trucky, and the Volkswagen Beetle too cute, there is really only one choice: the refreshingly conventional Buick Cascada.

Indeed, conventional is the best way to describe this easy-to-use and unchallenging tanning machine on wheels. Cascada’s 1.6-liter engine falls just short of acting or sounding sporty, but its does provide better-than-adequate power smoothly and without drama. The same can be said for Cascada’s suspension–it does a fine job of absorbing road imperfections, but does little to encourage spirited driving.

Likewise, the cabin is nicely finished in the modern Buick tradition–rich in soft-touch surfaces and assembled with care. Again, it’s not sporty, but it is classy, in an affordable sort of way.

With the top up, the cabin is impressively quiet, making the front-drive Cascada a usable year-round car for sun lovers living in the Snow Belt. The Cascada will seat four folks in a pinch, but the rear-seat occupants will not be very happy about the seating arrangement unless they’re spry pre-teens or contortionists.

Our only real quibble with the Cascada is its center-console control layout. Instead of operating like other Buick models, Cascada’s audio and navigation system is governed by an interface designed by GM’s European subsidiary Opel–this because the Cascada is actually an Opel product repackaged for U.S. sale.

Trunk space is nominal with the top up, and even tighter with the top down. Because Cascada’s rear light assemblies are integrated into the decklid, a second set of taillights had to be incorporated into Cascada’s design to meet federal safety regulations.

Said Opel controls center around a central knob that is pushed, pulled, and rotated to manipulate specific systems–it’s not a terrible way to do things, but it does feel… well, a bit foreign.

Otherwise, Cascada is a very nice, very refined, and fairly affordable small convertible. Droptop shoppers looking for an open-air experience in something a little less challenging than a Mini, Mustang, Wrangler, or Beetle may find Cascada to be exactly what they’re looking for. 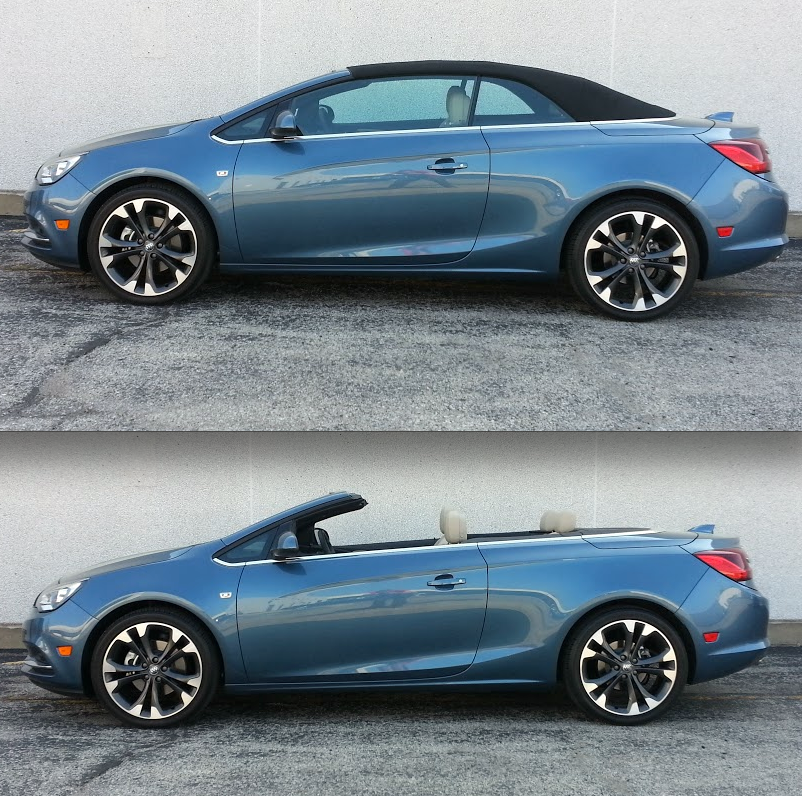 Visibility from Cascada’s driver’s seat is excellent with the top stowed. Predictably, visibility to the rear corners is compromised when the top is up.