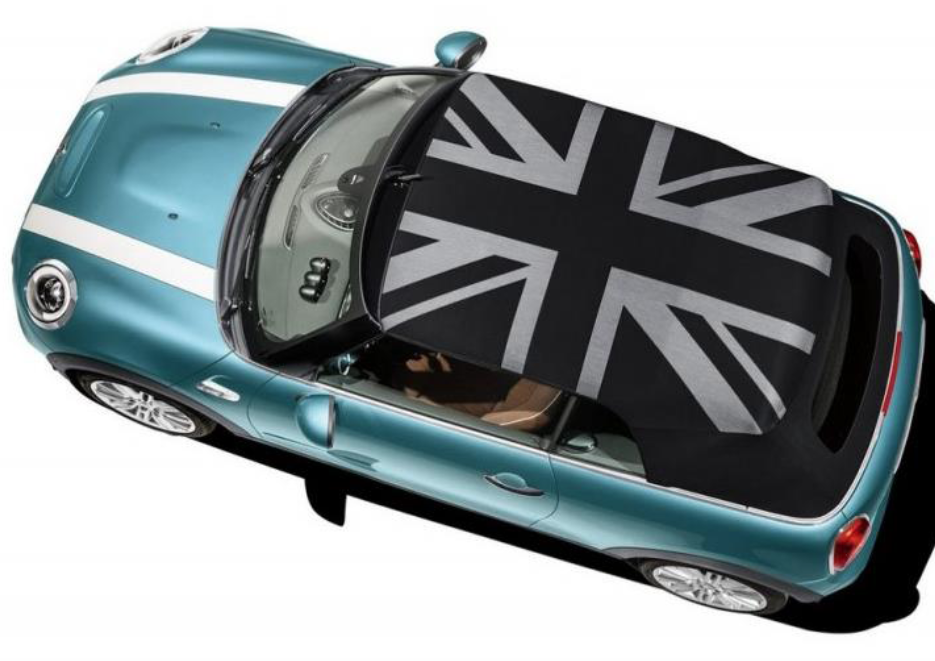 For most American motorists, convertibles are vehicles that other people own. Maybe that lawyer down the street has a convertible as a third car, or your mom’s crazy unmarried brother drives one. But for most of us, convertible ownership has never been a reality. 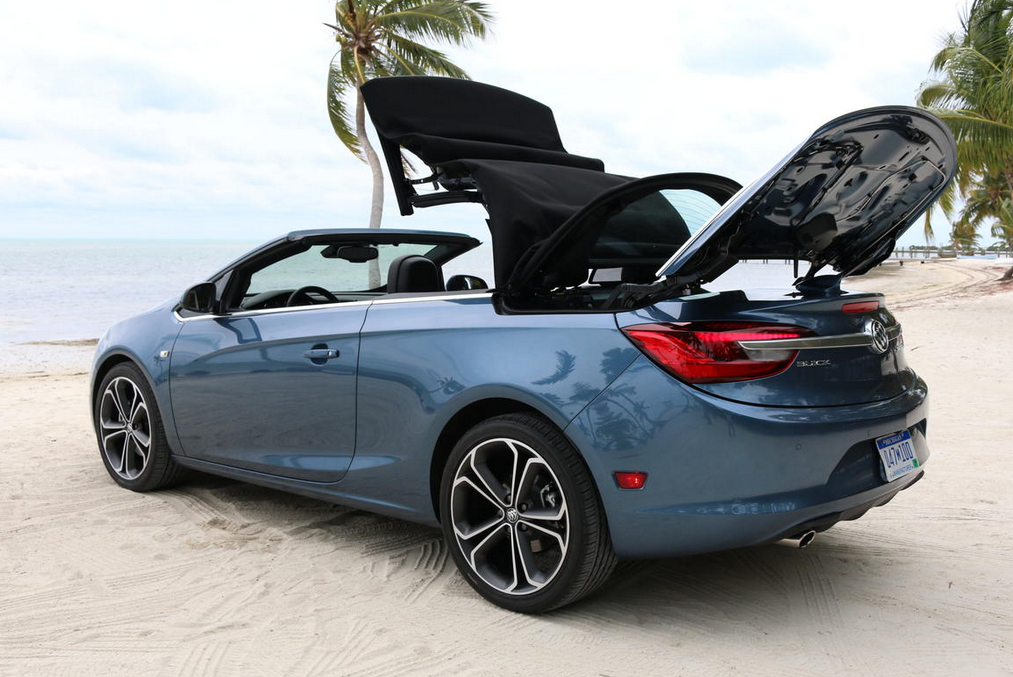 The 2016 Cascada is the first convertible offered by Buick since the Reatta was dropped from the lineup in 1991.

Most new drivers probably imagine owning a convertible at some point, but then come to realize that price, back-seat space–and, in Northern climes, winter weather conditions–all play against going with a ragtop.

In recent years, convertibles have accounted for around 3.5 to 4 percent of the total U.S. new-car market, which pencils out to about 60,000 units annually. To put that number into perspective, consider that Ford sells approximately that many F-Series pickups in a good month.

Even if there isn’t any top-down motoring in your future, you may enjoy the following fun facts. Seems there’s a lot we need to know about our elusive friend the convertible.

Not all convertible soft tops are the same, though they sort of are:

While convertible tops are made available in various grades designed to accommodate the specific needs of car manufacturers, one company provides the bulk of those tops. Headquartered in North America in Acton, Massachusetts, Haartz Corporation has been producing convertible tops since 1907 and now dominates the market.

Most of the significant convertibles being introduced this year–including the redesigned Chevrolet Camaro and Mercedes-Benz C-Class, and the all-new Buick Cascada–will come equipped with Haartz-manufactured tops. 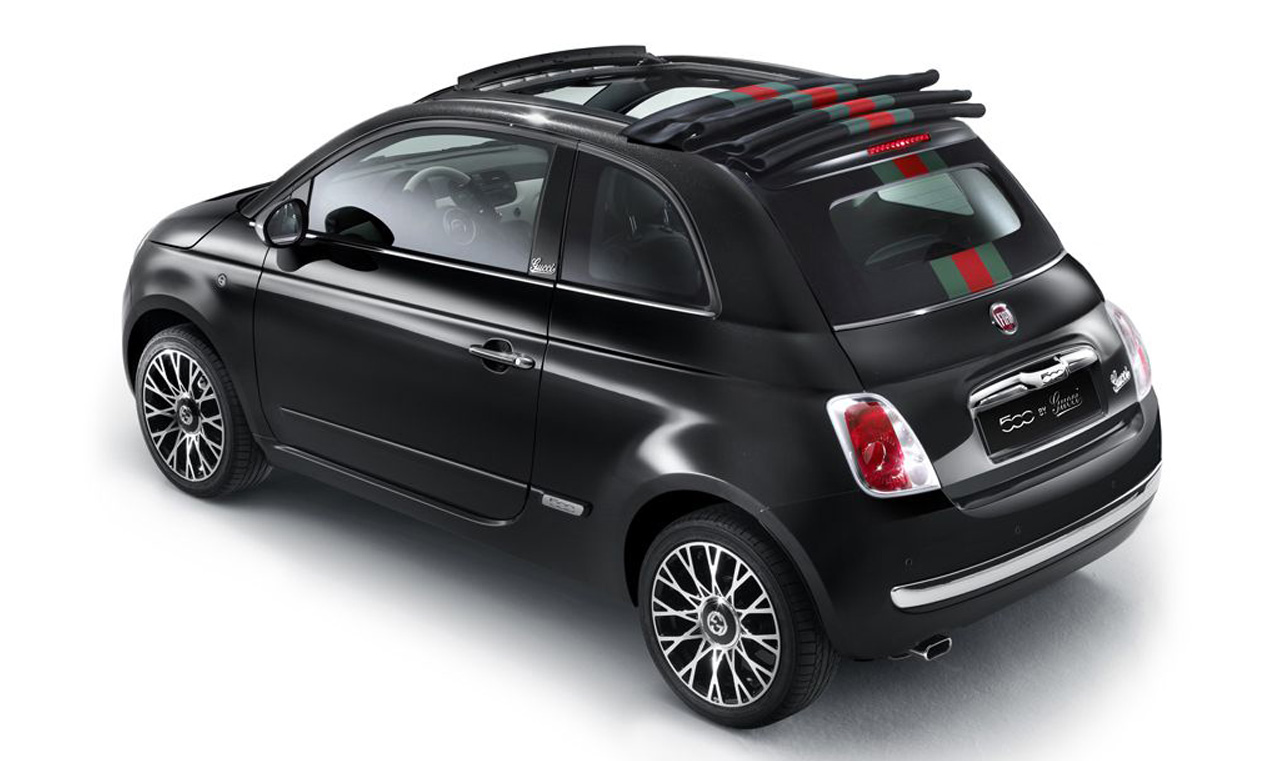 The Gucci colors on this 2012 Fiat 500C Gucci Edition’s top are woven into the fabric and will not fade over time.

Modern tops are not a single sheet, but are made up of three layers:

All Haartz-produced tops are composed of three layers: a protective outer layer, and temperature- and sound-insulating center layer, and an attractively finished inner layer.

In regards to the grades of top material, it is the center layer that is most variable. Manufacturers looking for the quietest possible cabin will spec convertible tops featuring thicker center layers to reduce the amount of wind and road noise transmitted into the cabin.

Per Haartz, modern convertibles can be engineered to be just as quiet as vehicles with a conventional roof.

Automakers sometimes choose to have a logo or pattern appear on the top material. Using Haartz’s Jacquard-branded process, the image is woven into the top fabric, not printed onto it–the result being an image or pattern that will not fade over time.

The tops of the Fiat 500c Gucci Edition and the Mini Cooper Convertible pictured in this article use the Jacquard process. 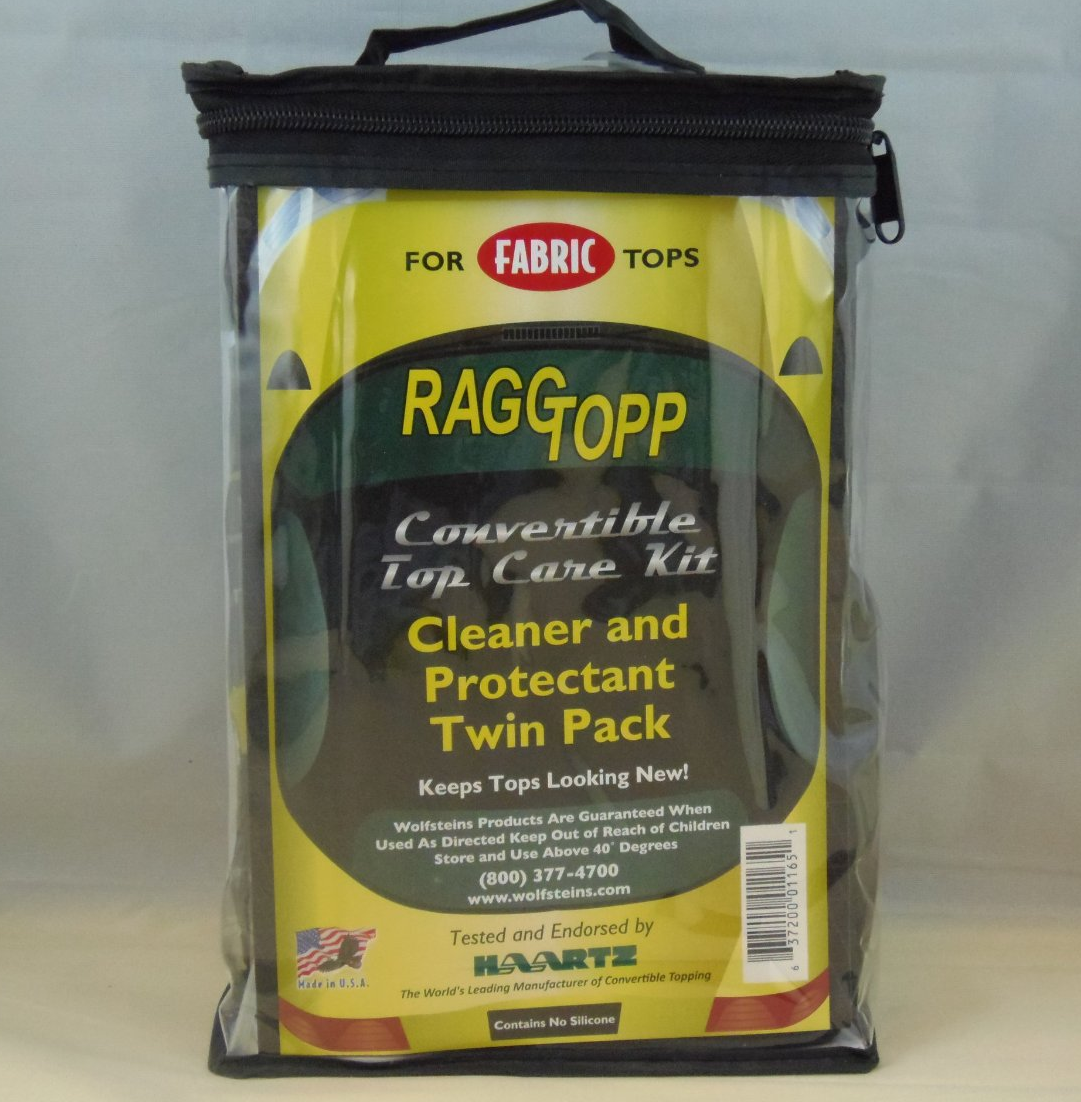 Convertible-top manufacturer Haartz recommends periodically treating your top with a product like the RaggTopp care kit to help extend the top’s useful life.

Tough though they are, convertible tops need love, too:

Modern convertible tops are designed to last considerably longer than those of just a decade or so ago. Typically a top will provide 8-10 years of service before needing to be replaced. Sadly, most convertible owners aren’t aware that a few relatively simple steps might significantly lengthen the service life of their car’s top.

First, Haartz recommends avoiding car washes that use brushes or apply any sort of hot wax. Both the bristles and the wax work to wear away at the silicone finish that seals the top’s exposed layer.

Instead, Haartz recommends washing the car by hand if possible, and never using a brush or abrasive scrubber on the top itself. Haartz also recommends periodically applying a protectant to keep the outer layer supple and water resistant.

Convertible sales are on the rise:

Hardtop convertibles may have been a fad:

While a number of manufacturers offered them, hardtop convertible sales are declining. While perceived to be “safer,” the complex mechanical systems necessary to support the raising and lowering of hard-panel roofs have proven expensive, difficult to maintain, and too demanding in terms of the trunk space consumed.

The next generation of several convertibles currently available with a folding hardtop will be offered with soft tops instead.

In regards to security, modern convertible tops are very difficult for vandals and thieves to cut through. Anecdotal evidence suggests that most items stolen from convertibles were taken though smashed side windows, not through the tops.