What Was Radial Tuned Suspension? 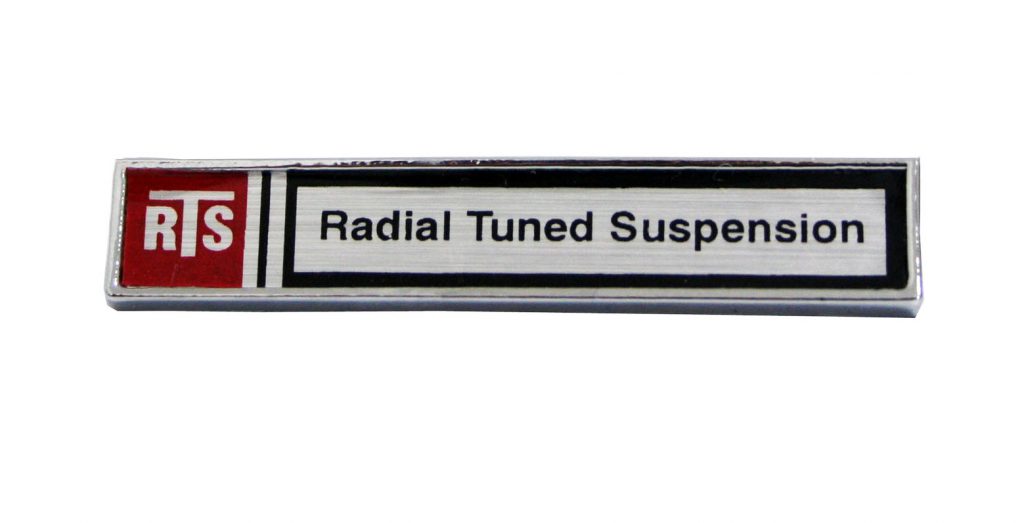 One of the wonderful side effects of technological progress is the wake of marketing silliness that follows so closely behind. It makes sense that any improvement to a consumer-oriented product would be fodder for advertising and promotion, but oftentimes those improvements quickly become industry norms—and the initial hype surrounding them sometimes proves embarrassing in hindsight.

If you’re old enough, you may remember the time frame in the mid-to-late Fifties when radios of all types were suddenly peppered with “transistor” badges. While the move to transistors was a very real technological leap—radios suddenly become smaller and lighter, and they didn’t get as warm in operation—the marketing hype was considerable. Eventually all radios went transistor, and having labelled radios as such kind of looked silly. (That said, plenty of people collect early transistor radios.)

On the automotive side, you may recall when cars were adorned with badges for features that are utterly commonplace now, such as fuel injection, antilock brakes, and front-wheel drive. Looking back four decades or so, the period of time during which those features were new and/or unique was shockingly brief. Encountering the occasional “Fuel Injection” badge on the decklid of an older car today is nothing if not charming.

Most cars are front-wheel drive today, and nobody really cares about transistors anymore, But for a while, both of these technologies merited special callouts in marketing and advertising.

One of my favorite such badges, and one that graced the dashboard of my family’s 1976 Pontiac Ventura, proudly touted Radial Tuned Suspension.

The badge, which wore a stylized “RTS” logo, was magical to me as a young driver, as it suggested that our reliable Pontiac was something sportier than the compact-car norm. And to some extent, that was true–though by 1976, the radial-tire hype had already started to seem a little superfluous.

Around 1970, something called radial-ply tires (radials) began replacing bias-ply tires on new vehicles. The new tire technology, which featured structural cords arranged at a different angle than the bias-ply examples, proved to be a huge step forward in terms of ride, handling, and reliability. 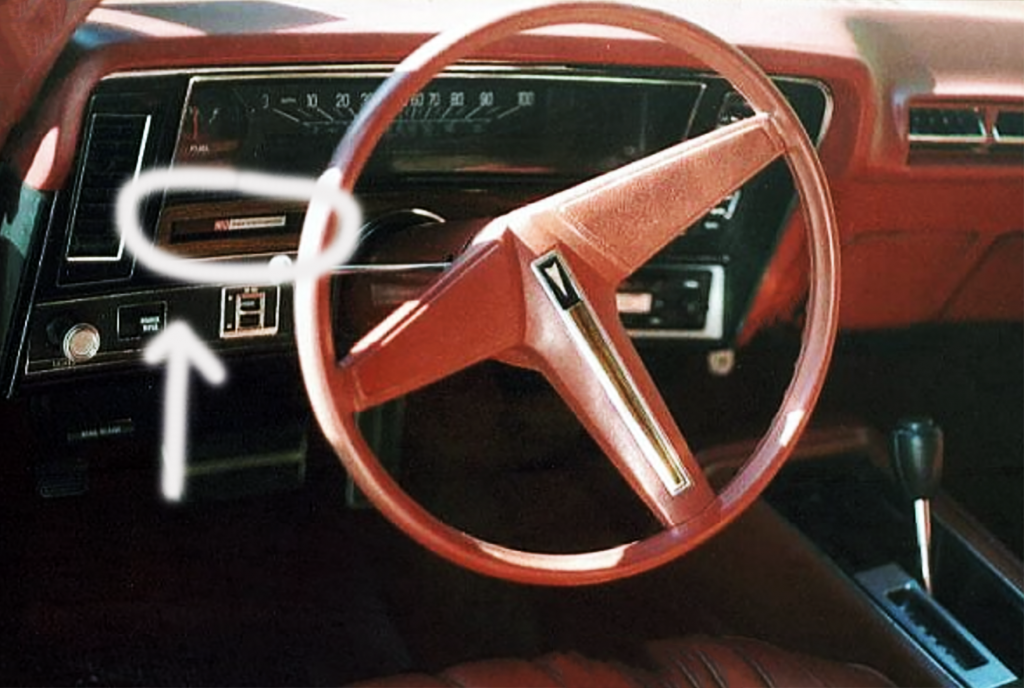 The Radial Tuned Suspension badge in the 1976 Pontiac Ventura was located to the left of the steering wheel just below the speedometer.

Because of the improved ride quality, manufacturers found they could firm up a given car’s suspension without compromising passenger comfort. However, since radials were typically optional at the time, carmakers would need to offer separate suspension setups for cars on which both tire types were available.

While most every carmaker eventually had to deal with offering at least two suspension arrangements for a period of time, Pontiac made the most of it by branding its radial setup as Radial Tuned Suspension.

What Radial Tuned Suspension actually consisted of varied by car and by year. In the case of large Pontiacs, RTS appeared first for 1973 as a package that included firmly tuned springs and shock absorbers, and, of course, radial tires.

The package was a but more comprehensive on the Firebird, which included a unique rear sway bar as well. As radial tires quickly became standard equipment on cars, the RTS badging started to look redundant pretty early in the process, though the nameplate appeared in Firebirds as late as 1981.

As for our Ventura, I recall it being a pretty tidy handler for the day… though by 1976, it was the rare car that did not come standard with radial tires. Still, I loved that badge.

Interestingly, though Pontiac was the only General Motors brand to employ the Radial Tuned Suspension badge in the U.S., GM’s Australian brand Holden made liberal use of the badge and moniker at about the same time.