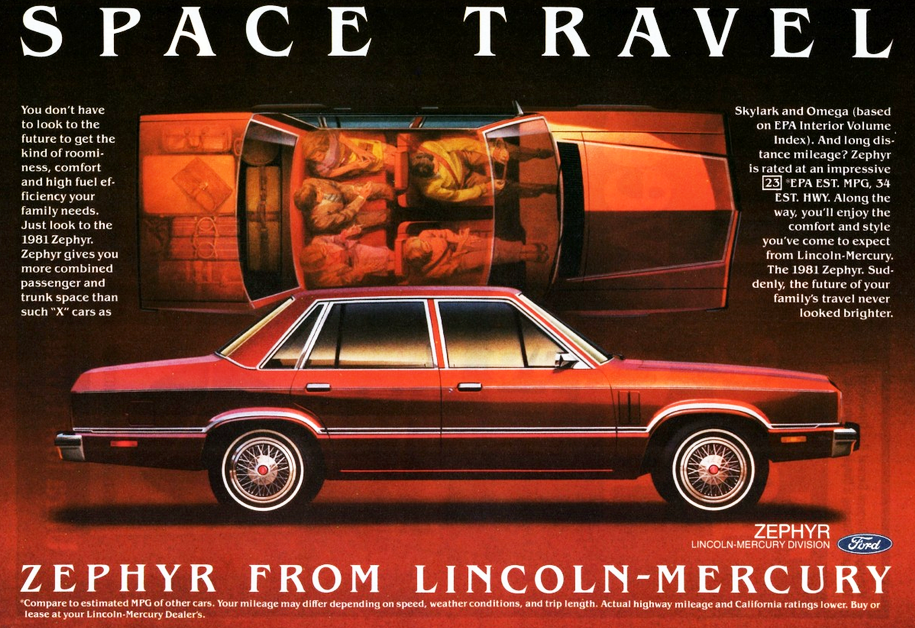 The Mercury Zephyr was one of eight Fox-platform models available from Ford Motor Company in 1981.

In May of 1981, the national average price of a gallon of gasoline spiked to $1.40, up 10 percent from just a year earlier, and a startling 40 percent more than the 1979 average. Ford Fox Platform.

At Ford, that gas-price bump would occur at a seemingly fortuitous time. Not unlike Chrysler and General Motors, the Blue Oval boys were were in the process of “lightening” their product lineup, and a number of significantly downsized Ford and Mercury products debuted for ’81.

At the heart of the Ford’s downsizing plan was the new Fox platform, a rear-drive unit-body architecture that proved to be especially adaptable.

Consumers first saw the Fox platform in the form of the 1978 Ford Fairmont and Mercury Zephyr, both of which were available in sedan, coupe, and station wagon guise. Also newly redesigned onto the Fox platform were the ’78 Ford Mustang and its new clone, the Mercury Capri.

For 1980, the Fox platform would host  the severely downsized Ford Thunderbird and Mercury Cougar—a transition that proved too dramatic for most personal-luxury shoppers (more on that below).

Model-year 1981 would see the Ford Granada and Mercury Monarch get the Fox treatment, each shedding significant weight and bulk.

Though a few more vehicles would eventually land on the Fox platform (including a new midsize LTD and a couple of Lincolns), here we’ll look at the 1981 lineup. As always, if you’ve spent time with any of these “right-sized” Fords, tells us about it. 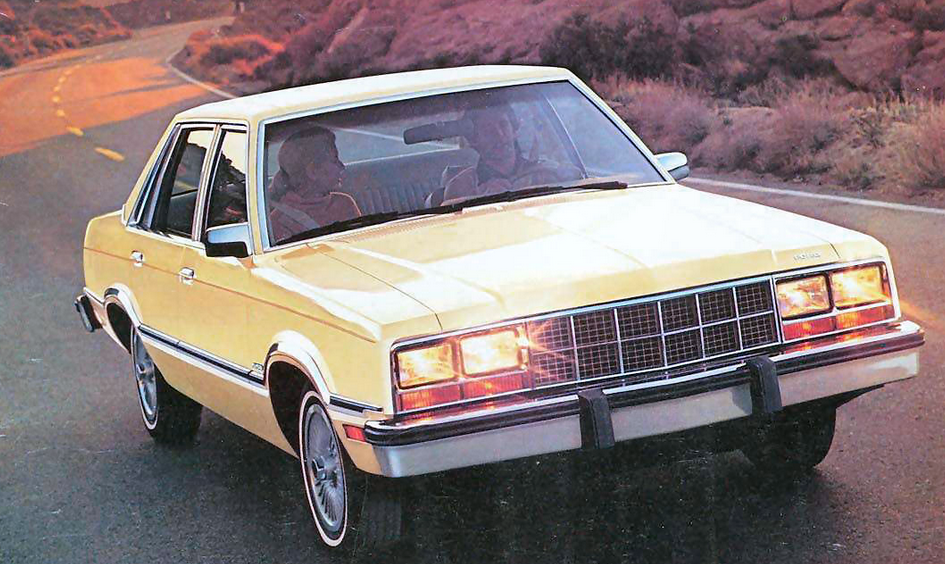 Among the first Fox-platform Fords, Fairmont joined the lineup for the 1978 model year. Although slightly larger overall than the Maverick it replaced, the Fairmont weighed about 100 pounds less than that car, while affording customers substantially more cabin space.

Segment in Transition: The American Compact Cars of 1979 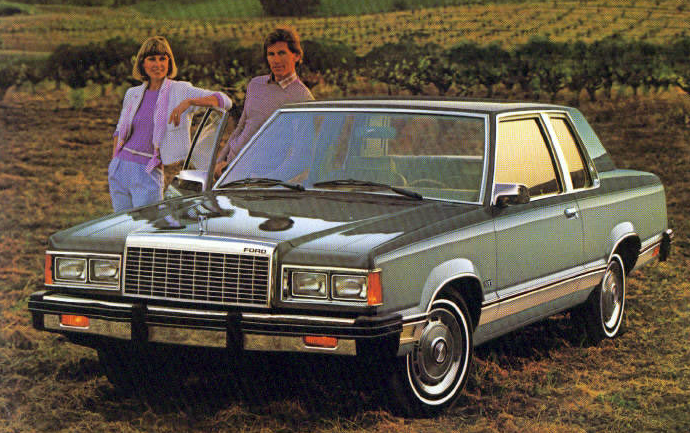 New to the Fox platform for 1981, the new Granada tipped the scales fully 400 pounds lighter than did the previous generation of the car. Though positioned by Ford as a midsize vehicle, Granada rode on the same-length wheelbase as did the compact Fairmont, and was was only about an inch longer overall. 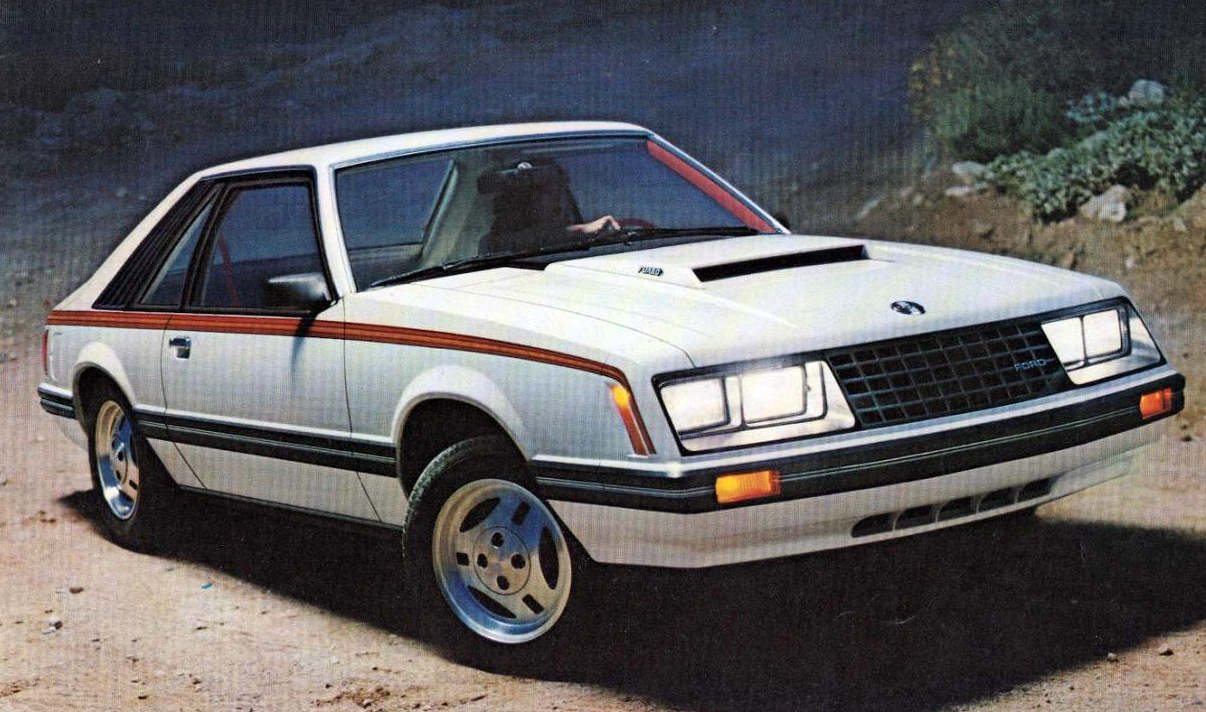 Mustang migrated to the Fox platform for 1978, gaining a mechanical clone–the Mercury Capri–in the process. A $1624 Cobra package brought with it a turbocharged version of the standard 2.3-liter four. Also available were a 3.3-liter six, and a 4.2-liter V8. 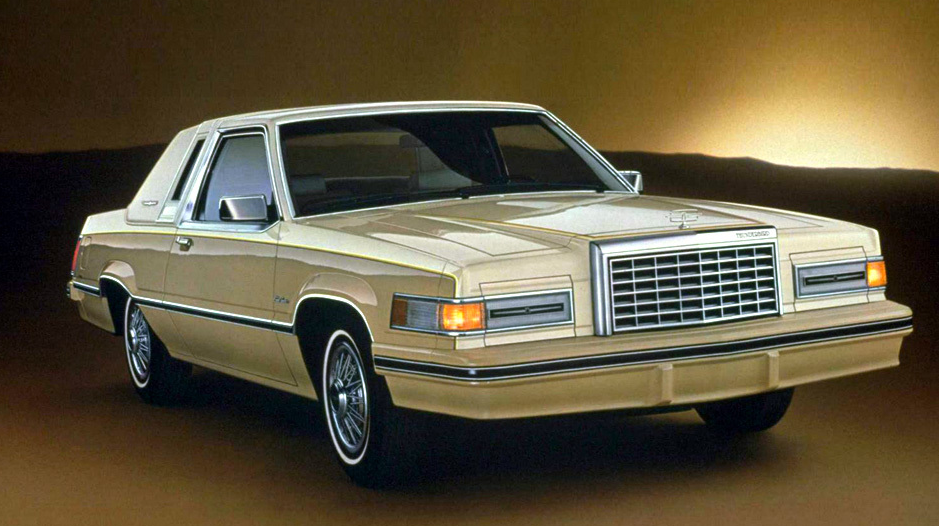 Customers didn’t respond well to the T-Bird’s Fox-platform redesign for 1980, as demonstrated by alarming year-over-year sales declines. After ringing up 284,000 sales for 1979, the downsized ’80 ‘Bird mustered just 156,000. Sales tanked further for 1981, to just 87,000. With fewer than 90 base horsepower on tap, it’s easy to see how loyalists might have found this shrunken personal-luxury ride a disappointment. 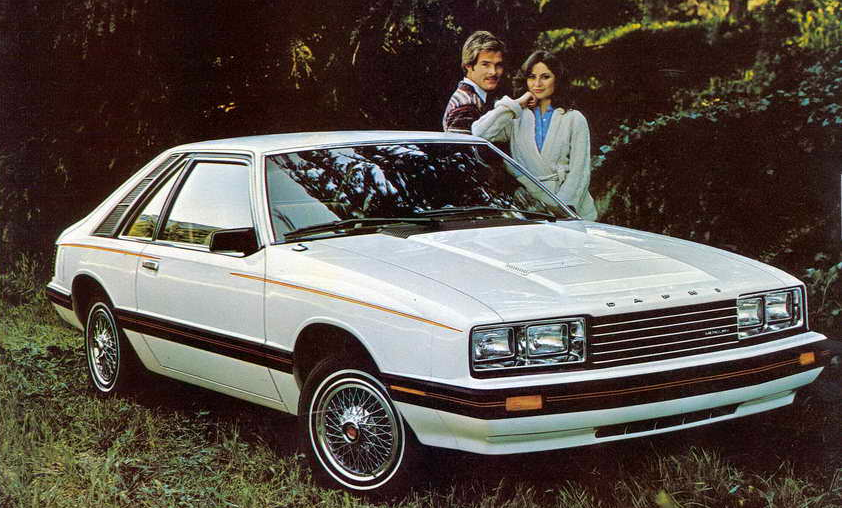 A thinly disguised Mustang, the Capri gave dealers an affordable sporty car with which to lure younger customers into Mercury showrooms. Unlike Mustang, Capri was offered only in hatchback guise–the notchback body was a Ford exclusive.

Note: A replacement for the Mercury Monarch, the Cougar was mechanically identical to the Ford Granada. Though few were equipped this way, the Cougar could be had with a 4-cylinder engine, 4-speed manual transmission, and without air conditioning.

The XR-7 suffix became a full-time part of this Cat’s moniker for 1981, to help avoid confusion with the new Cougar sedan and coupe added to the Mercury lineup this year. Though it didn’t share the Thunderbird’s hidden headlamps, the Cougar XR-7 was otherwise very much a clone of that Ford. 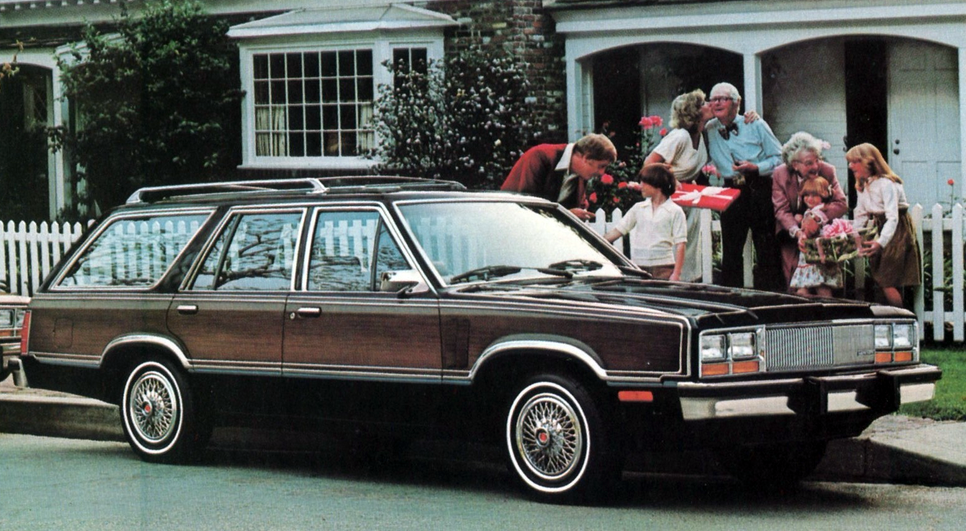 Nothing more than a lightly disguised Ford Fairmont, the Zephyr gave frugal Mercury shoppers four body types to choose from. Looking back, a wagon powered by the available 4.2-liter V8 might have been a cool choice.