Back in the ’90s, Chrysler was on a roll. Long known chiefly as a monotonous maker of minivans, the company suddenly blossomed with the 1993 introductions of the groundbreaking LH sedans (Dodge Intrepid and cousins Chrysler Concorde and Eagle Vision) and compact Dodge/Plymouth Neon, quickly followed by the game-changing ’94 Ram pickup, svelte ’95 midsize sedans (Chrysler Cirrus/Dodge Stratus/Plymouth Breeze) and accompanying coupes (Chrysler Sebring and Dodge Avenger), and finally the ’97 Plymouth Prowler, a fanciful factory hot rod.

But it all started with the Viper. First shown as a concept car in 1989, the Viper was clearly a reincarnation of the famed Shelby Cobra of the ’60s—right down to its similarly snake-inspired name—with a huge engine powering a bulbous, minimalistic structure. It would have been shocking even if it hadn’t come from a company whose contemporary product line looked to be built from various-sized boxes, but of course, it was just some stylist’s far-fetched fantasy.

Not so. The Viper that hit the streets for 1992 was every bit the stunner its show-car predecessor had been. It caused a sensation.

It wasn’t until sometime in the mid-’90s that I was able to get behind the wheel of one. While I don’t remember the year, I do remember the car. It was red. It was raw. And it was unbelievably fast.

Much of its appeal (besides, of course, the “fast” part) was that it gave every impression that it had accidentally rolled off the trailer on the way to the racetrack and landed in my parking spot. With the keys inside. As such, it had to be driven carefully—almost clandestinely—because it wasn’t technically street legal.

As our offices are in a quiet suburban community, my first destination was the nearby Edens Expressway—our own local Autobahn—where I trolled along at a steady 55 mph. Trucks passed me. Buses passed me. Old ladies in tan Buicks passed me. But the Porches and Corvettes that used the Edens as their personal Bonneville would scream up behind and suddenly throw out the anchor. They wouldn’t pass. Didn’t want to risk it. Didn’t want their pride and joy to be embarrassed by this raucous newcomer. A few miles up the road, a quick glance in the rearview mirror made me feel as though I was the bandleader of an exotic-car parade.

Aside from an overwhelming auditory assault of wind and exhaust noise, what I remember most about that first drive was the Viper’s throttle response. At 55 mph in 6th gear, the big 8.0-liter V10 was spinning at 1200 rpm—barely above idle. Yet any movement of the throttle pedal resulted in an instantaneous jump. Seventy mph was just a toe-tap away. Ninety wasn’t much further. A regulation entrance ramp (and I took a lot of them) was long enough to attain thoroughly illegal velocities with enough room left over to brake down to mesh with traffic moving at pseudo-legal speeds. It was . . . thrilling.

Which brings us—finally—to the new Viper. Although another design generation lies between them (running from 2003 to 2010, followed by a two-year hiatus), the revived 2013 model is a far stretch from the rudimentary original.

Some of that is mandated. Beginning in 2012, all vehicles sold in the U.S. had to have an antiskid system as standard—which includes ABS and traction control—and the 2010 only had the ABS part. So that’s new. Yet oddly, there are still no front-side or curtain-side airbags.

Exterior styling is in the same vein but not quite as cartoonishly rendered—actually a step back toward the original after a sleeker transition took place in the 2nd-gen cars. Two versions are offered: the base SRT and the uplevel GTS. Both come only as hatchback coupes.

As might be expected, power is up. The original’s 8.0-liter V10 with a measly 400 horsepower had grown to 8.4 liters and 600 hp by the end of the 2nd-generation in 2010, and refinements bring that up to 640 hp for 2013. (Is it a coincidence that that’s 2 horsepower more than the competing Corvette ZR-1? I think not.) A 6-speed manual remains the only transmission choice, and four-wheel independent suspension is carried over—though the GTS has a version with adjustable shocks.

But the biggest change is inside. Whereas the inaugural Viper had a flat, hard-plastic dashboard with two white-faced gauges facing the driver (very close to what would normally at the time face a race-car driver), the new Viper has . . . well . . . strayed a bit from the original intent. Okay, actually strayed a lot.

Facing the driver is an electronically generated tachometer encircling an info screen with a digital speedometer in the bottom right corner; an analog speedo is on the left side of the instrument panel, with more digital info in between. The fuel gauge is its counterpart on the right side, with a vertical oil-pressure gauge separating it from the tach.

Most prominent is a large screen that contains most audio controls and some ancillary ones, though volume and tuning are handled by knobs. The GTS includes a navigation system, controls for which are also absorbed by the screen. Climate controls are pushbuttons arrayed at the bottom, where they’re partially blocked by the shift lever.

Another shocker is the overall look. The dash is quite ordinary in contour. Almost every surface that isn’t aluminum-look trim is covered with a leather facing. If you hadn’t seen the partial transition in the 2nd-generation car, the step from the original version to this one would be staggering.

One thing that has persisted through 20 years and three design generations is the seating comfort—or more precisely, lack of same. New seats are a clear attempt at improving the situation, but the main problem has yet to be addressed. The pedals are set far to the left with little room in between, forcing the driver to sit in a twisted posture with virtually no “dead pedal” space along the outside edge. Furthermore, although the pedals are power adjustable fore and aft, the clutch-pedal travel is far longer than that of the other pedals. When everything’s adjusted so that you can put the clutch pedal to the floor—as you need to in order to start the car—the gas and brake are too close. It doesn’t help that the steering wheel only tilts, not telescopes.

Performance is certainly stunning, if not quite in the same way as the original Viper. There’s more power, to be sure, but it’s found much further up the rpm scale; throttle response down low doesn’t seem nearly as sharp. The ride is still almost brutally firm in the base model, and it’s just a bit better in the “comfort” mode of the GTS’s adjustable suspension. Body lean in turns is virtually nonexistent. Steering is so quick on center that it takes concentration to form a clean arc through a sweeping turn. The engine growls so loudly that it overcomes conversation, though additional sound deadening in the GTS helps.

Overall, the 2013 Viper is much more refined and civilized than the original car. Chrysler says that’s what owners wanted. Me? Not so much. It was the blinding focus on raw performance that set the Viper apart, and this new model seems to have blurred the vision somewhat.

But there’s still hope. Conspicuously absent from the line is a convertible. Inquiries about whether one is coming were met with “We can’t talk about future product.” Which, if you carefully decipher the statement, kinda implies “Yes.” So the chance remains that it could be a “stripper” car aimed at a lower price point (the coupe’s near-$100,000 sticker being a bit sobering), which would bring it more in line with the cost—and hopefully the spirit—of the original. And to some of us, at least, that would be a delicious taste of déjà vu. 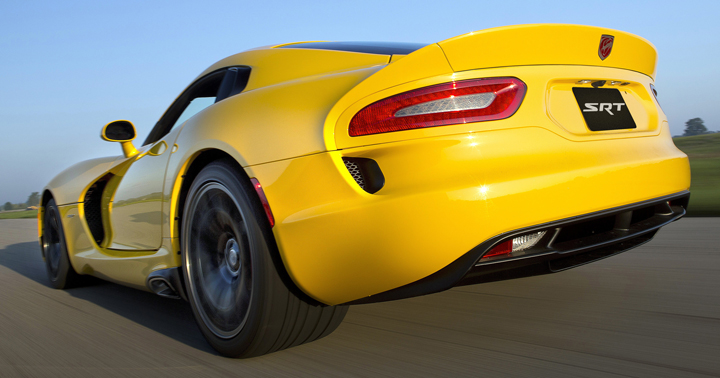 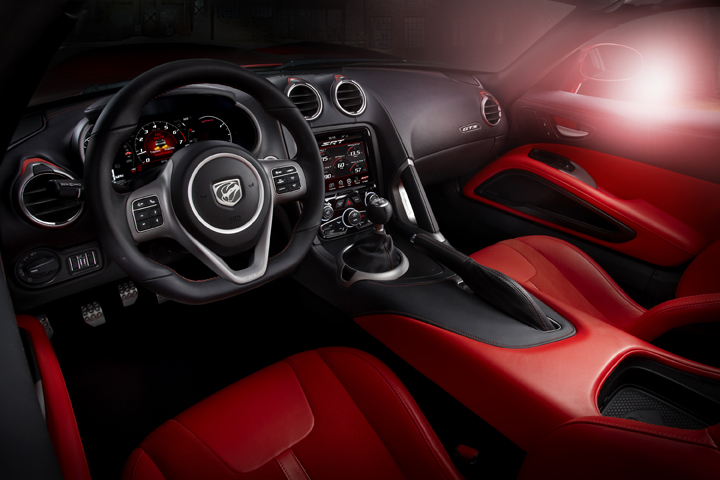 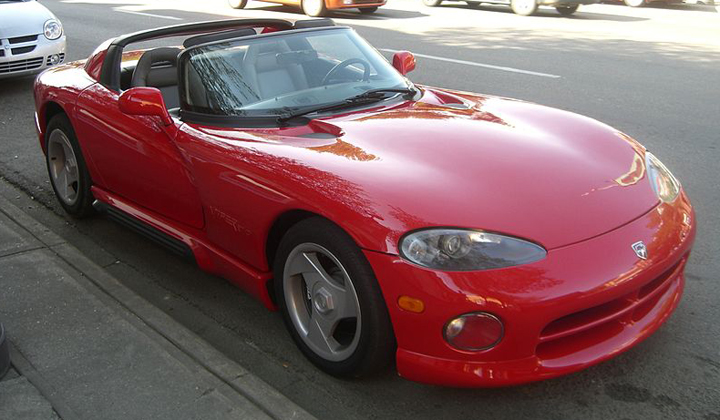