Like lambs to the slaughter, some unsuspecting journalists took a lap around the Circuit of the Americas racetrack with Ralph Gilles at the wheel.

On a trip back to the airport at the conclusion of a recent Jeep press event, I overheard one of my cohorts describing his lap around the Circuit of the Americas racetrack with Ralph Gilles, head of Chrysler’s SRT brand, at the wheel. The fellow journalist was giving a play-by-play account while showing a video he had taken from the back seat. Much of it sounded familiar.

The State of SRT: An Interview With Ralph Gilles

For those who don’t know, Ralph Gilles came up through Chrysler’s design department to become head of the new SRT performance brand in 2011. As a charismatic, confirmed car nut, Gilles was just the right person for the job.

Despite his lofty position and GQ appearance, Gilles comes across as a real grass-roots guy when he’s off the clock. As he was holding court at dinner one night, I began counting the number of words used in his colorful stories that I couldn’t repeat in this blog. I ran out of fingers before the entree arrived.

But back to the track. As a driver, whatever Gilles may lack in talent (which doesn’t seem to be much), he more than makes up for with bravado. Sure, nobody’s going to black-flag him for putting a couple wheels off the pavement (or trust me, he’d have been barred from picking up a helmet long ago), but nobody can say he doesn’t push a car to its limits. And maybe a bit beyond.

Here’s the drill. He lures you into the passenger seat with the old “I’ll just be driving at seven tenths” line. Either fractions aren’t his forte or nobody ever explained to him that seven tenths isn’t supposed to put the car sideways. Then it’s a matter of gradually increasing velocity until someone finally throws in the towel. Best as I can tell, that someone is never Ralph.

Although I didn’t want to tell him so, my cohort had it easy. He was subjected to only one hot lap (admittedly from the back seat, which ups the upchuck factor by at least 1.5) in a relatively “tame” SRT Grand Cherokee. Not so with my experience. No, my experience came from the passenger side of a 2013 SRT Viper—a significantly more vicious animal with a heck of a lot more bite. Every turn of the wheel, every application of brake or throttle, resulted in an action that could best be described as “violent.”

Gilles took me six laps in the Viper. My stomach was good for about four. I did not exit the car in stable condition.

In this day and age, businessmen rather than car guys are often at the top of a brand’s ladder. That’s not the case at SRT. Of course, Gilles has to be both, but it’s pretty clear which one comes naturally. 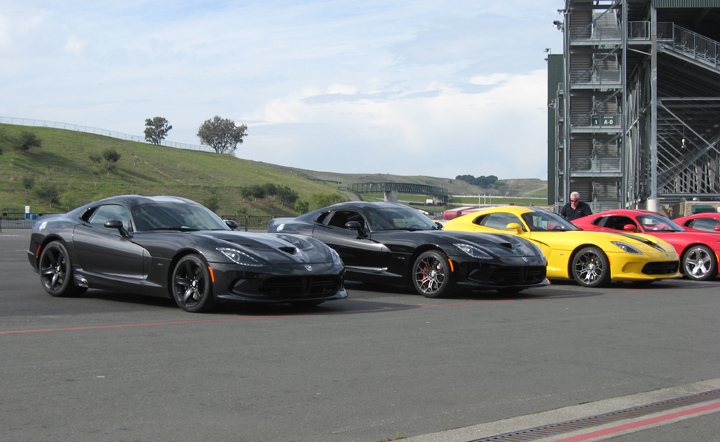 A group of SRT Vipers at Sonoma Raceway in California set the stage for some memorable “7/10s” laps. 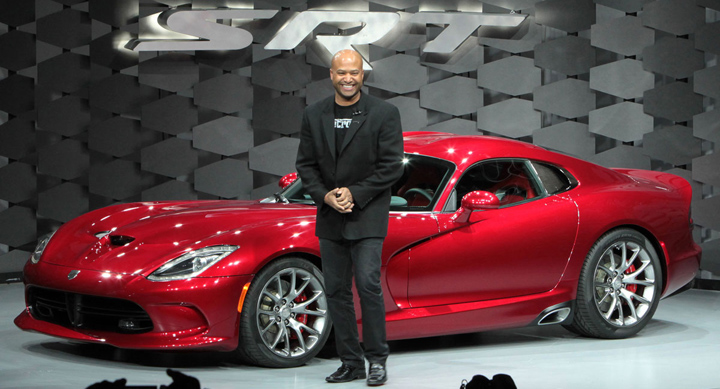