Senior-Year Lust: The 5 Grooviest Vehicles of 1965

My colleagues probably didn’t expect me to jump in on this thread, but I couldn’t resist. You see, I was lucky enough to be a car-crazy high-school senior in 1965, a year so packed with cool cars that it’s still tough picking just five personal favorites.

Some of you will be pleased to note that my choices are American. Two reasons: Back then, import brands weren’t much of a factor in the U.S. market, and Detroit was unquestionably the center of the automotive universe. American automakers sold some 9.3 million cars in calendar 1965, the highest 12-month tally since record-setting 1955. That performance was impressive but not surprising in retrospect. The economy was booming, and Detroit styling, performance, innovation, and workmanship were never better. No wonder so many ’65 American cars have become prized collectibles—not least those listed below.

Senior-Year Lust: The 5 Coolest Vehicles of 1974

Buick Riviera
It was only a third-year restyle of the matchless 1963 original, but Buick’s elegant personal-luxury hardtop acquired hidden headlamps, way cool for ’65. Outboard vertical parking lamps and side-by-side quad headlamps gave way to horizontally split “clamshell” doors fronting stacked quad lamps in the fenders. Simple, eh? The doors winked open and closed when the lights switched on and off. But they were vacuum-operated, as I recall, so they inevitably gave trouble, sometimes leaving the car with one eye open or partly open, like a flirtatious drunk. I also liked the taillamps moved down into the bumper. They were more vulnerable there, but I thought they looked neat.

This was also the first year for the Riviera Gran Sport or GS package. Included were heavy-duty suspension, handsome five-spoke styled-steel wheels, and the big Wildcat 425 V8 with up to 360 horsepower. The result wasn’t a muscle car, just a more muscular and roadable Riviera.

Chevrolet Corvair Corsa
Chevrolet’s rear-engine compact was redesigned and reengineered for 1965, arriving just as Ralph Nader was starting to crucify it as “unsafe at any speed.” But what did he know? Corvair’s notoriously skittish swing-axle rear suspension had been camber-compensated the previous year to give this tail-heavy car more predictable and thus safer handling.

Unfortunately, Nader’s crusade would put an end to Corvair after 1969, and more’s the pity, because the second-generation was one of the era’s most attractive cars: ultra-clean and beautifully formed, abetted by the elimination of B-posts on coupes and sedans. Many think the 1965-69 Corvairs still look good, and I agree wholeheartedly.

As a high-schooler I was naturally drawn to the new top-line Corsa coupe and convertible. They replaced the Monza Spyder models but were much the same idea: available turbocharged 180-horsepower flat-six, four-on-the-floor, and a dashboard filled with real gauges, ever a plus for me. Alas, Chevy built just 28,644 of the ’65s—including a mere 8353 ragtops—and only 10,472 of the similar ’66s before the Corsa was cancelled amid fast-dwindling Corvair sales. Thanks a whole bunch, Ralph.

Chrysler Corporation Full-Size Cars
After disastrously downsized ’62 Dodges and Plymouths and faintly oddball styling for the 1963-64 Chrysler line, Detroit’s perennial number-three finally got its big-car act together. And big was the operative word, these new C-body models fully matching their Ford and GM rivals for size, sizzle and sumptuousness. Plymouth’s Fury series graduated to a 119-inch wheelbase, same as the largest Chevys and Fords. A 121-inch span marked Dodge Polaras and Custom 880s, plus all full-size wagons. Non-wagon Chryslers moved up to a 124-inch span.

Styling in all cases was masterminded by company design chief Elwood Engel, recently recruited from Ford, so these cars were just as square and tastefully “correct” as his year-old flagship Imperial (which emulated the ’61 Lincoln Continental he’d worked on). Despite the same-again approach, this MoPar-oriented 12th-grader was happy to see Highland Park get back in the big-car game in a such impressive fashion. Heck, there was even a Cadillac-like choice of four- and six-light rooflines on certain of the Chryslers and Dodges, which rather knocked me out.

But my favorites in this fleet were the snazzy bucket-seat Plymouth Sport Furys and the Chrysler 300L convertible and hardtop. The latter marked the 10th edition of the famed letter-series line. Sadly, as it turned out, they were also the last.

Ford Mustang
The “original ponycar” was the automotive sensation of 1965—oh, all right, and “1964½” as well—a classic case of the right product at the right time at the right price. Everybody loved the first-series Mustang. Nearly 691,000 were sold between the April 1964 intro and August 1965, when Ford switched to ’66 production that ultimately reached some 607,500. You know the rest.

Among those nearly 1.3 million early Mustangs was a ’65 GT hardtop that my car-loving uncle purchased new. It had a white vinyl roof, dark-green lower, and mostly black interior. It was more cruiser than bruiser, equipped with only the base two-barrel, 225-horsepower 289 V8 and three-on-the-floor. Yet I’ll never forget the thrill of driving it back in the day—thanks to uncle’s generosity—on some wonderfully curvy, hilly backroads in rural Georgia. Though the handling and brakes were atrocious by today’s standards, it was the fastest car this teenager had ever driven. Heck, it would still be more than quick enough for this geezer even after years of road-test experience with far more potent machinery. And who could resist the jaunty long-hood/short-deck styling? I sure couldn’t.

But here’s the thing: Despite the indelible impression that Mustang made on me, I never asked my aunt about selling it to me after uncle died. Don’t know why—lack of funds, most likely—but I’m still kicking myself for letting it get away. 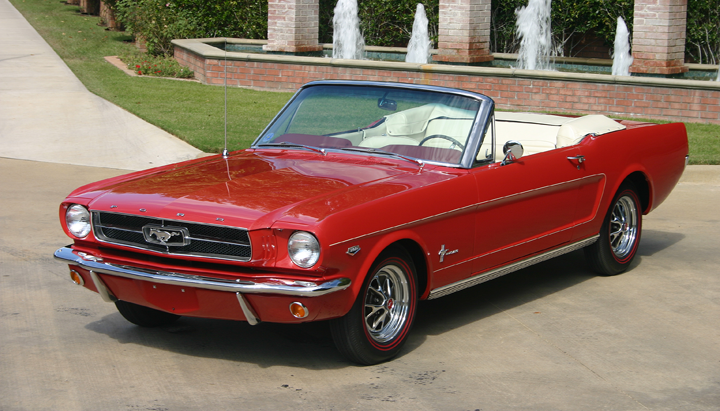 Studebaker Daytona Wagonaire
Studebaker never offered a wholly new car after 1953, just a procession of facelifts and restyles. Even the daring Avanti was quite dated beneath its sexy avant garde styling. But though my peers thought most Studeys were decidedly uncool, the ’64 passenger cars somehow appealed to me. The engineering might have been old, but the styling was new and I thought it looked good, especially on the sporty Daytona convertible and hardtop coupe. Unfortunately for Studebaker, few people agreed with me, and the venerable automaker vanished with model-year ’66.

In between came a run of 1965 models produced in Hamilton, Ontario, Canada instead of Studebaker’s historic South Bend plant, which was closed in late 1963 as one of several futile efforts to keep the company alive. What’s interesting about these cars is that although they looked like the ’64s, they had Chevrolet power, as closing South Bend ended production of Studebaker’s own engines. And the transplants were not only livelier but utterly familiar and more-reliable: a 194-cubic-inch six with 120 horsepower or a classic 283-cid Chevy small-block V8 tuned for 195 horsepower.

For a brief moment I thought the combination of Chevy power and Studey’s latest styling might save the day, but they couldn’t. Neither could novelties like the Wagonaire, the first wagon with a sliding rear-roof panel, available in Daytona trim as well as plain-Jane dress.

Now, I’ve always had a fondness for oddball cars, and a Chevy-powered ’65 Daytona Wagonaire is about as odd as they come. The sliding roof—hand-cranked, by the way—suffered water leaks that Studebaker never did cure, but I didn’t know about that in high school. All I knew was that the Wagonaire, new for ’63, was “Different by Design,” as the ads said, and that made it pretty cool. Besides, what a great car for hauling surfboards by day and hosting “tailgate parties” at night (wink, wink).

Studebaker offered 10 models for ’65 and ended up building just 19,435 in all. That means a V8 Daytona Wagonaire was scarcer than chicken molars then and is even more so nearly 50 years later. Yet if you can find one now, it’s not that expensive, and how cool is that? 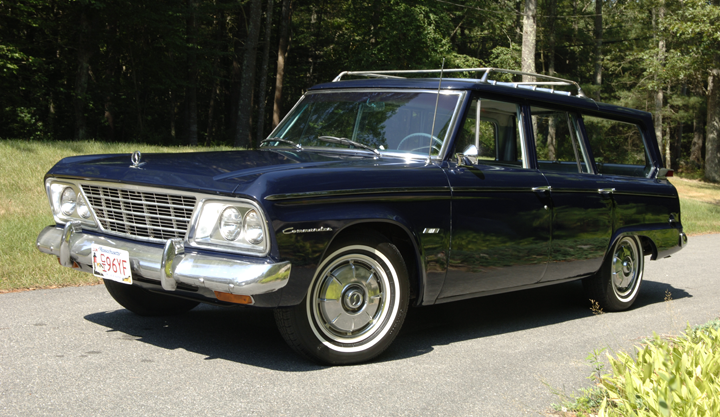