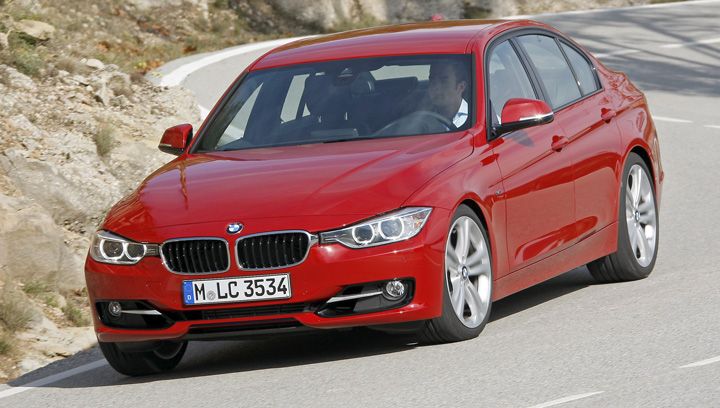 Quick note: I was going to include ride quality in this part, but since I’ve driven the 3-Series only around our Chicago home base and the ATS on the smooth pavement of Atlanta, it wouldn’t exactly be a fair comparison. Perhaps we can revisit this when we have an ATS in our office for a complete road test.

Standard Suspension
The 3-Series and ATS offer buyers a choice of two suspensions. Both have a standard “touring”-style setup. BMW offers a firmer sport suspension as part of the optional Sport Line Package that you can order with rear- or all-wheel drive.

Looking at the standard configurations, the 3-Series and ATS are pretty evenly matched in terms of cornering prowess. Both are immensely capable, with excellent steering feel, minimal body lean in fast turns, and brakes that could stop a locomotive.

Sport/Performance Suspensions
For the upgraded suspensions, the story is a bit different. BMW’s sport setup definitely improves response over the standard arrangement. It’s not night and day, but for those who want to have a bit more fun on twisty roads or highway on/off ramps, it’s a worthwhile upgrade.

Cadillac’s Magnetic Ride Control takes the ATS’s handling to a new dimension. While my exposure to ATS models so equipped was at a racetrack, it was pretty easy to see the rather dramatic improvements afforded to MRC. The car is incredibly agile, with the suspension performing exactly as advertised.

The ultimate question, though, is this: Is a Magnetic Ride Control-equipped ATS better than a Sport Line 3-Series? Despite the fact that you can’t get MRC on an AWD ATS (LOLOMGBBQ), it’s an awesome feat of engineering that noticeably improves the driving experience. That ultimately tilts the scale in Cadillac’s favor.

At the end of Round Three, the score is: