I recently came across a couple photos of a 1954 Rolls-Royce Silver Wraith with a one-off body built by the Italian coachbuilder Vignale. This car was special ordered by a New Jersey man named Joseph J. Maschuch, and it was finished in the spring of 1955.

What If…General Motors, Ford, and Chrysler Had Designed Small Cars the Studebaker Way? 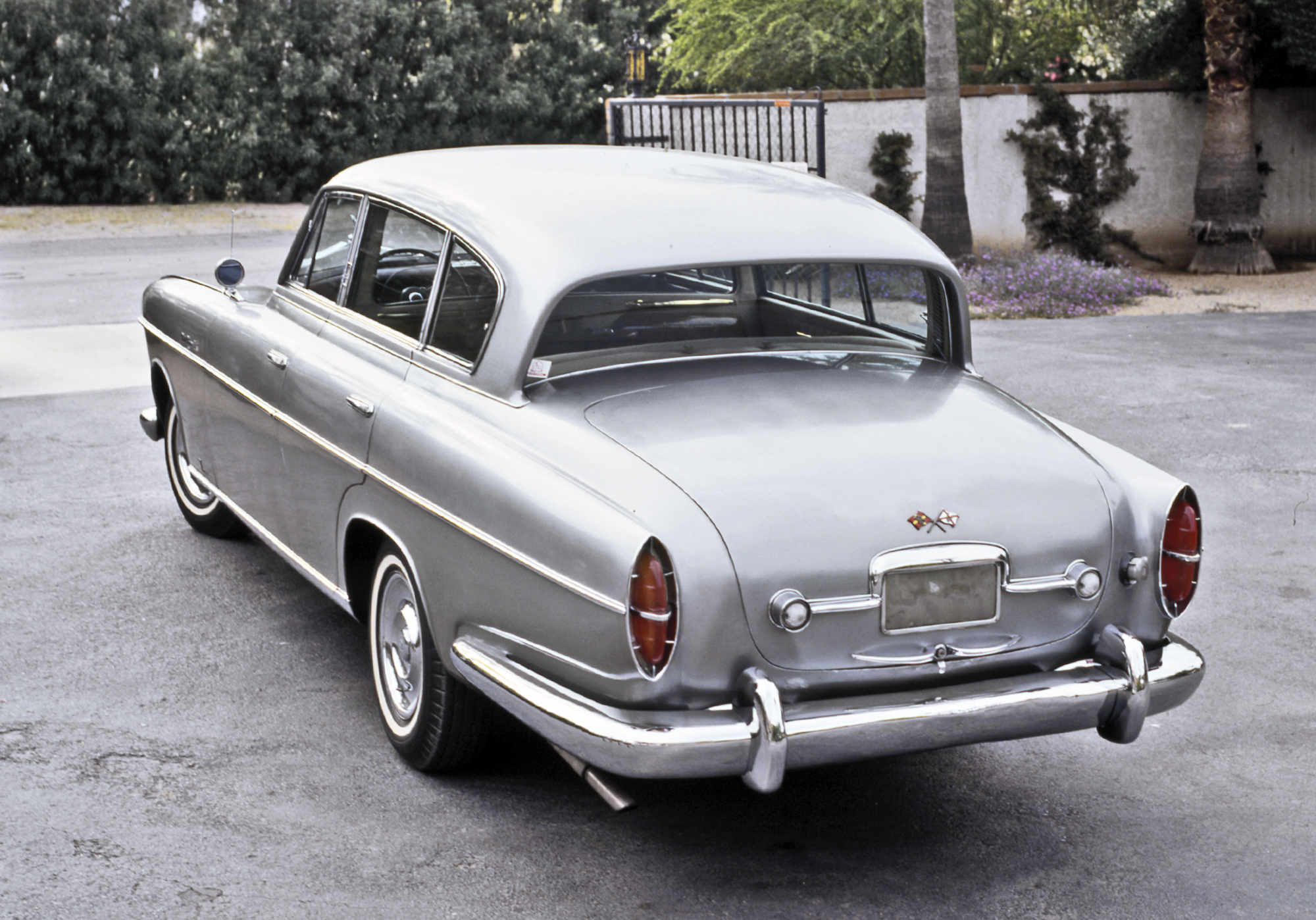 To say the least, this Vignale-bodied Rolls is an eye-grabbing car, both in terms of its overall proportions and its body shapes and detailing. That familiar prominent Rolls-Royce grille is present and accounted for, but those wild quad headlights (and the horizontal grills underneath them) are a far cry from the expected reserved, formal look of the Rolls-Royces of the day.

Seeing an Italian coachbuilder’s take on the quintessential British luxury car got me thinking… how would the American automakers of the era have tackled the task of creating an “Americanized” Rolls-Royce in the mid-to-late 1950s? I worked up the following renderings to explore that idea. 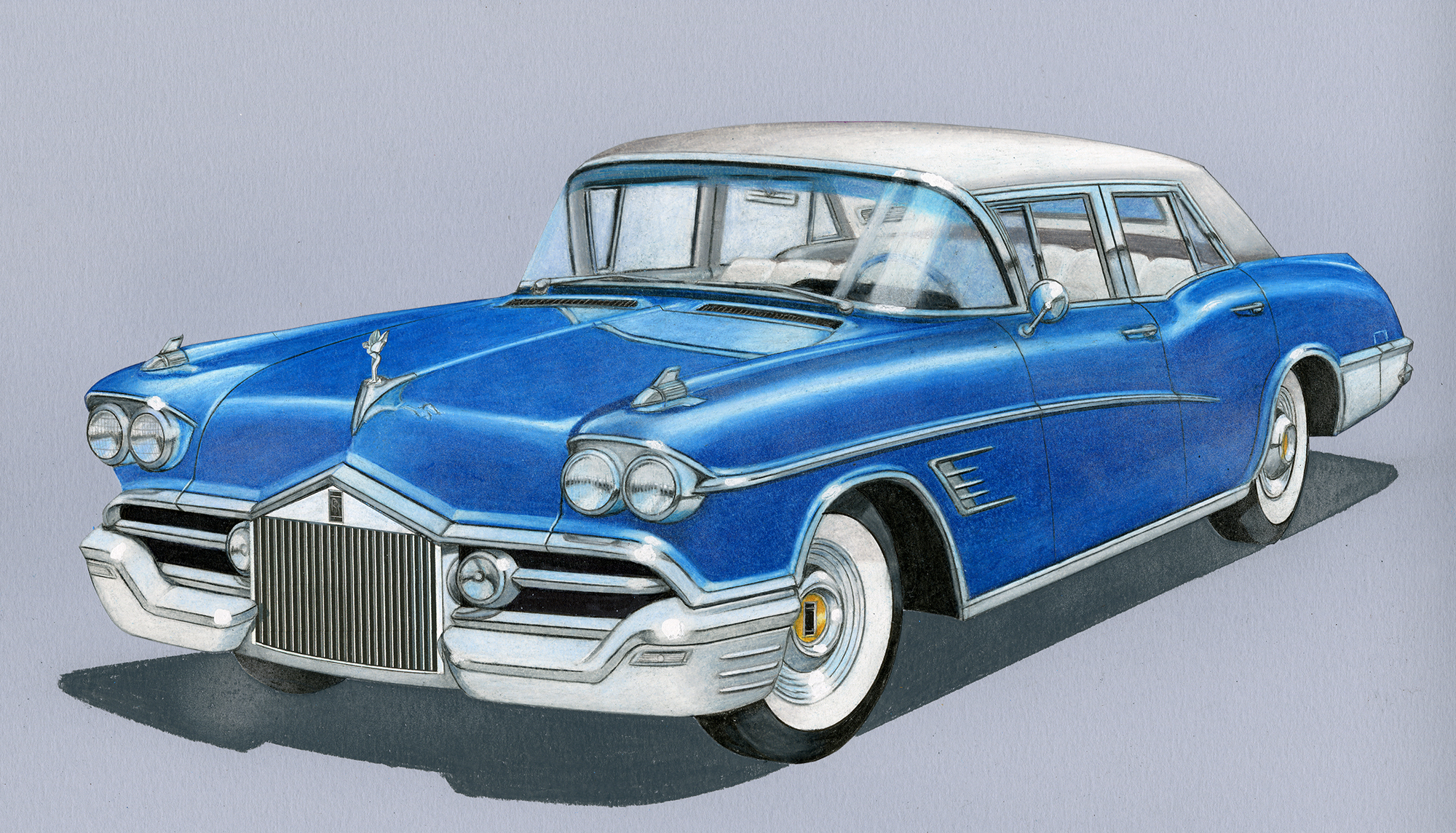 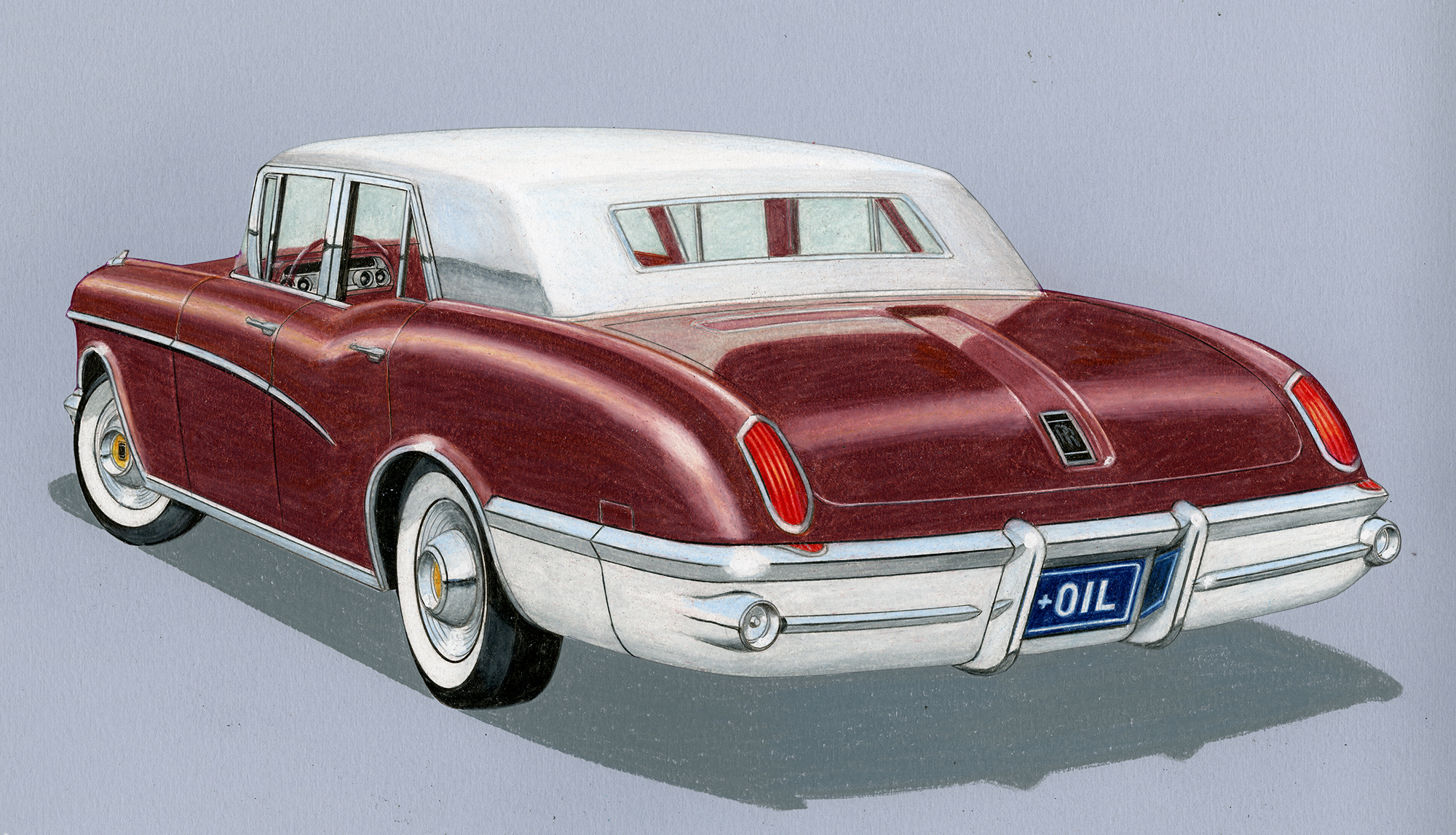 I based this Rolls on Cadillac’s Eldorado Brougham. I took off the signature Caddy tailfins, but I kept lots of chrome, and retained the Eldo Brougham’s stainless-steel roof.

A Rolls-Royce with fins? Why not? This one is my favorite. 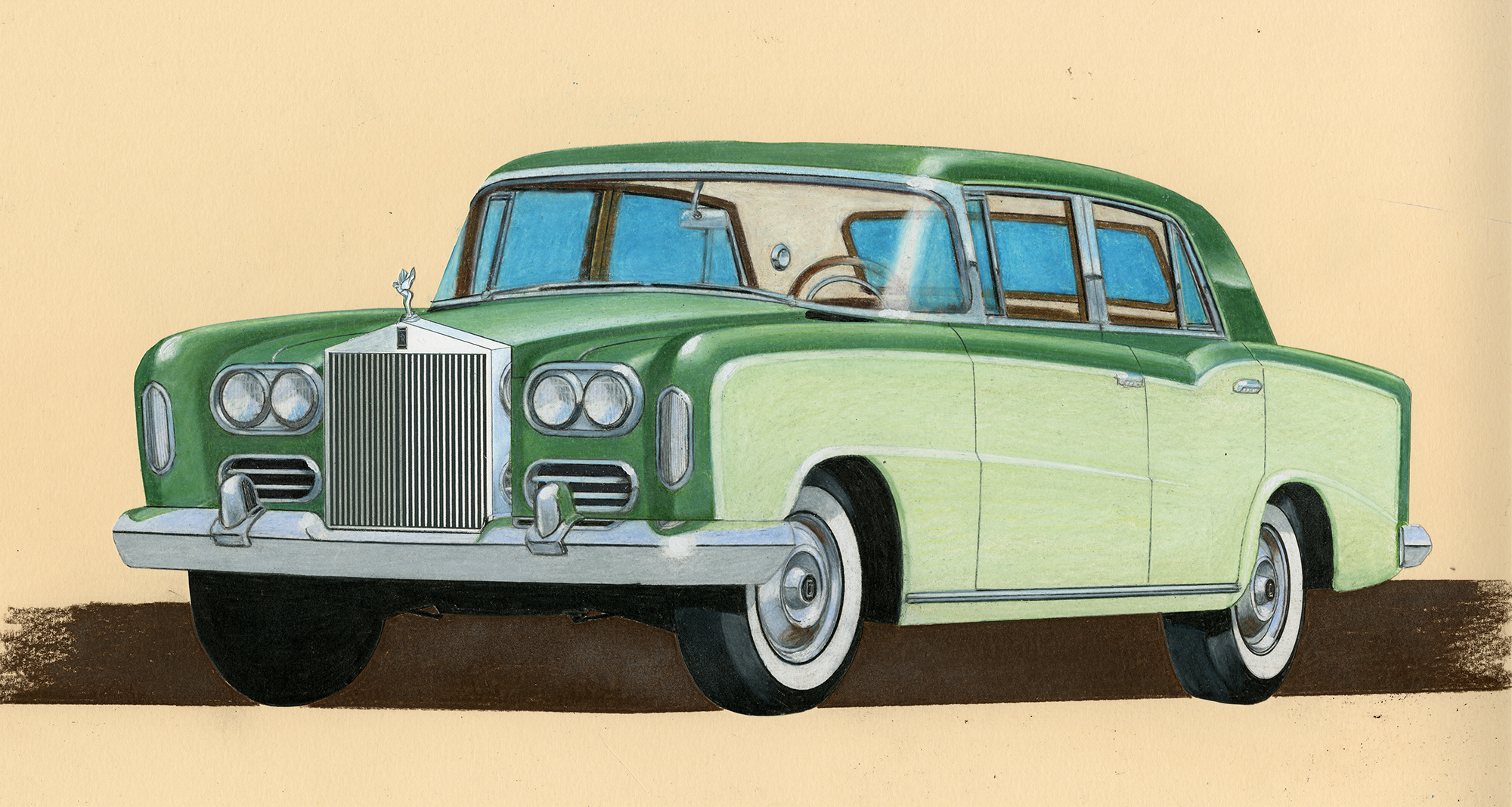 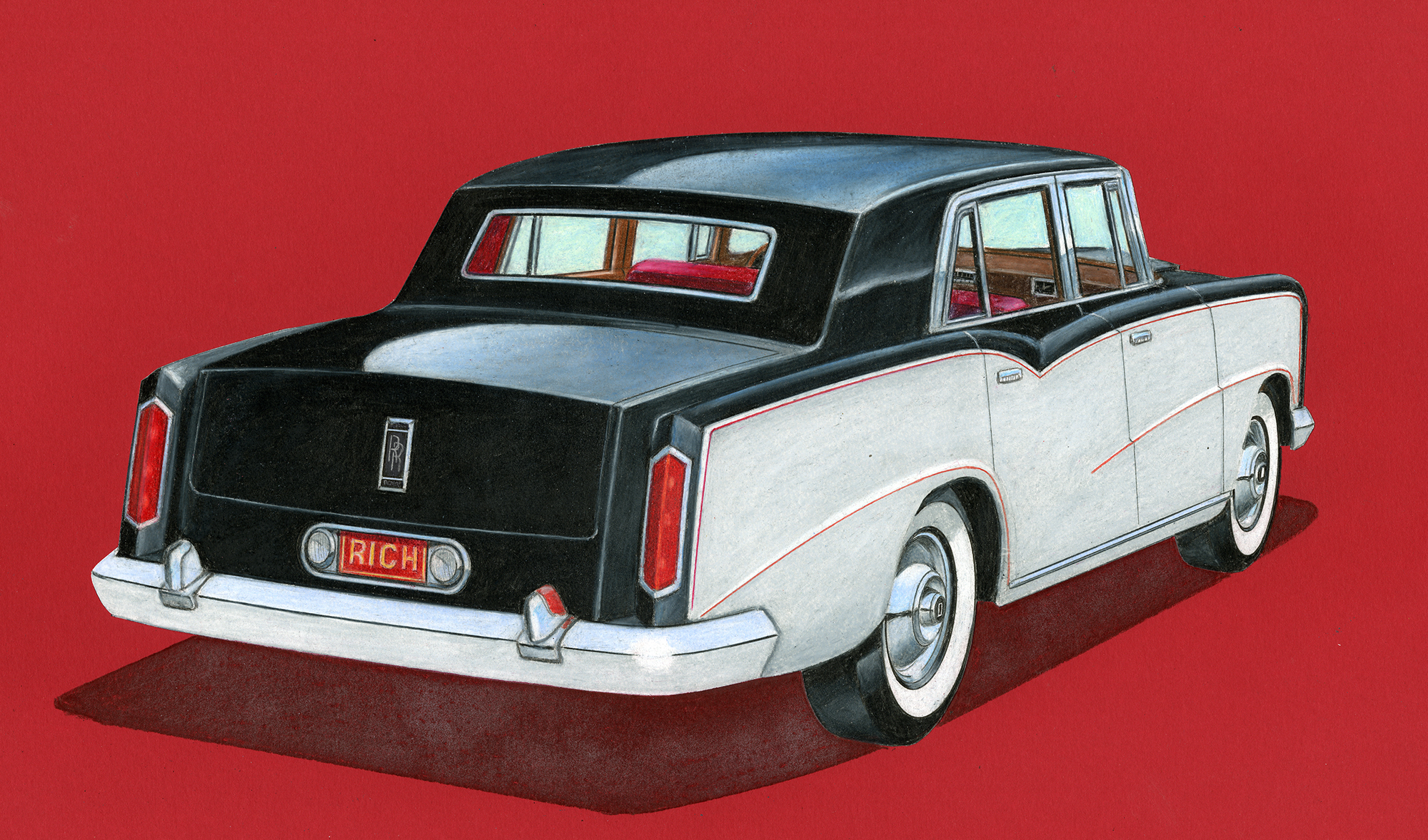 All-new sheet metal on an old Ambassador body makes for a chubby Rolls. 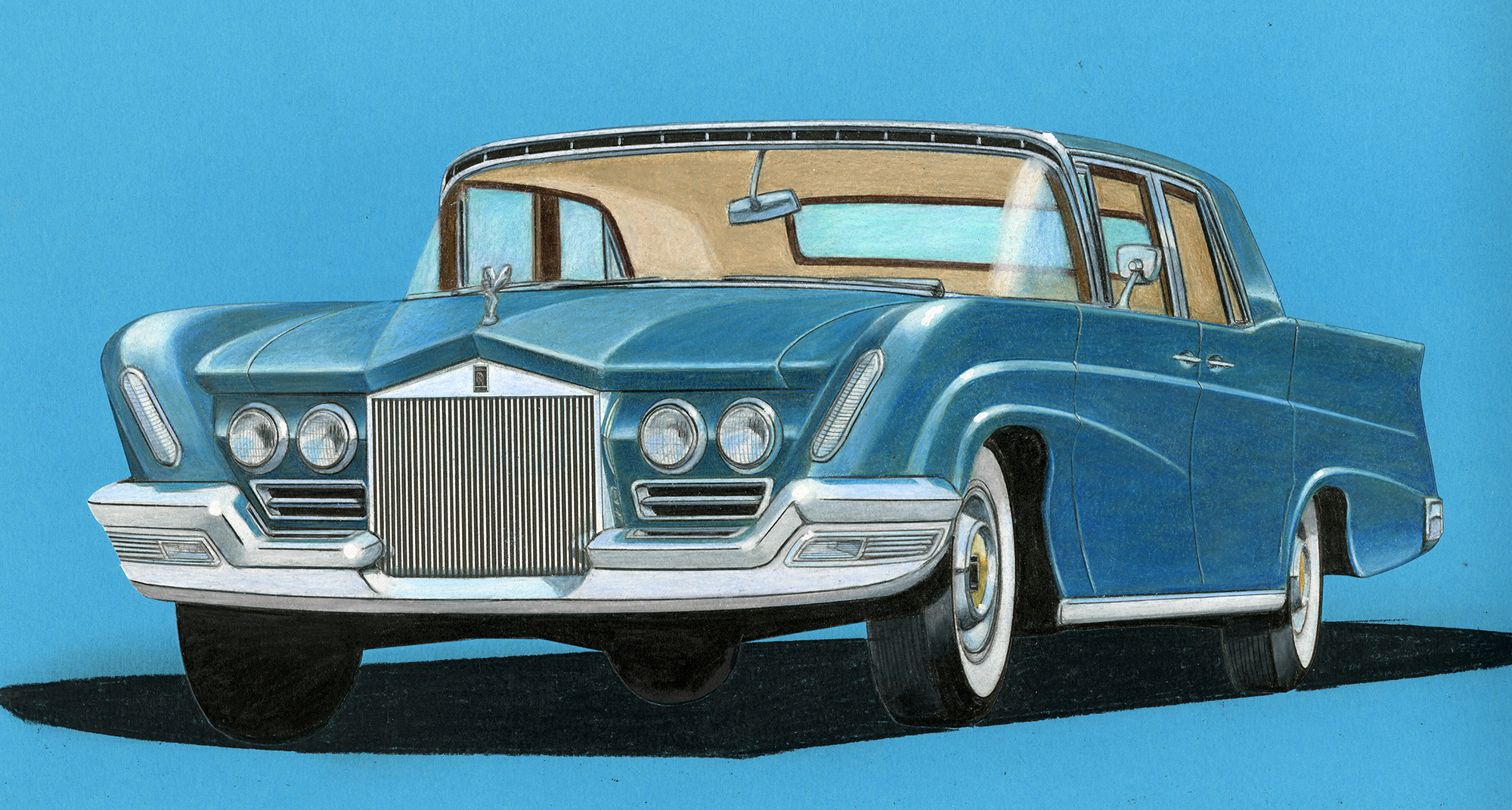 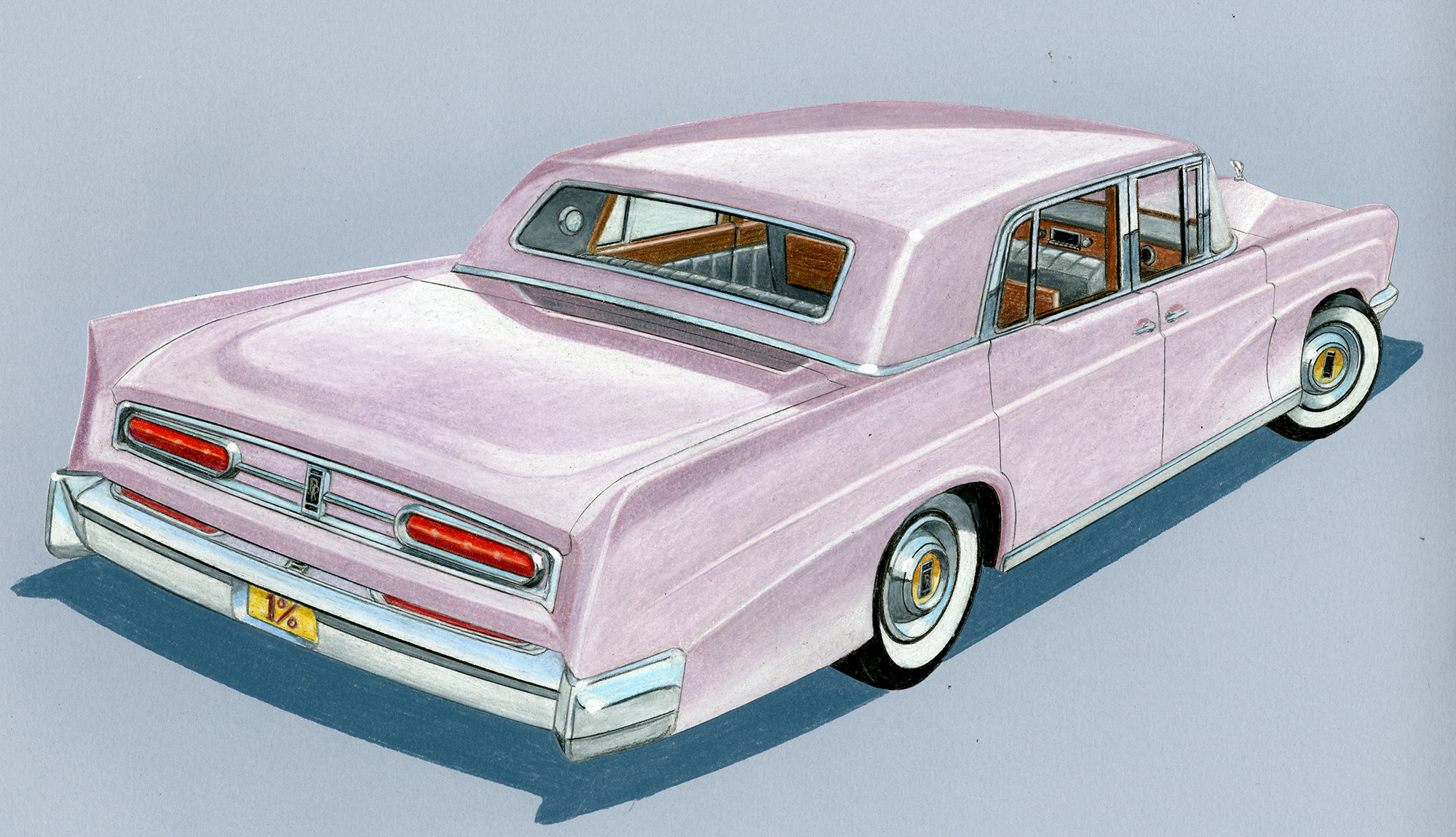 This one was a real challenge. I wanted to retain many of the Lincoln’s “unusual” design elements along with the traditional Rolls-Royce cues.

This one is based on a stretched Hawk body/chassis. The angular Rolls grille doesn’t seem to blend with the softer body lines and the forward-leaning headlight bezels.