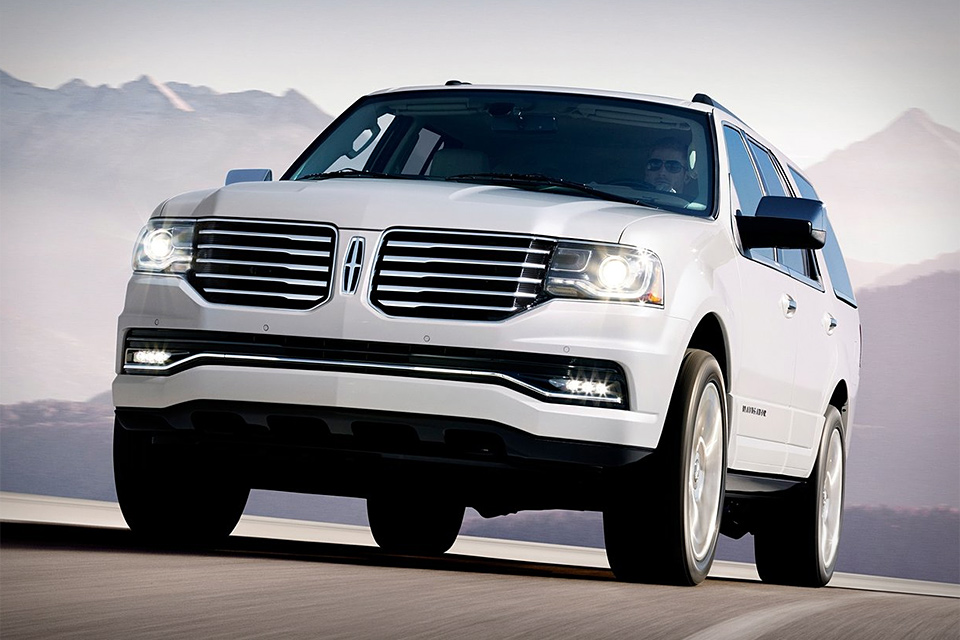 The updated Lincoln Navigator goes on sale early this fall.

Consumer Guide sat down recently with Lincoln Navigator chief engineer Elaine Bannon. Preparing for fortified competition from an all-new Cadillac Escalade due to arrive this summer, Ford has updated its entry in the premium large SUV category for 2015. Here are the highlights of that conversation.

The Cadillac Escalade is clearly Navigator’s direct competition, but the GMC Yukon Denali must register as a cross-shopping threat too, no?

No, Lincoln is a luxury brand, and obviously someone who is shopping luxury is going to shop luxury. When you look at a vehicle like a Navigator, which I view as really an icon in the segment, it’s just like—I view anything I work on as I’m going to wear the vehicle. It’s an extension of who I am. It’s like an ego extension. If I’m going to approach something and I’m driving a Navigator, that presence, that power, the beauty, the real feel of it that here I come, that’s an extension.

If I choose to drive it, not only is it a lifestyle choice, if I have a hobby, I’m towing a horse, whatever it may be, it’s an extension of who I am expressing to the world. I’m expressing that not only in that look, but in the fact that people recognize it as a luxury choice. That’s why I say that. So as we approached the upgrade, the refresh, whatever you want to call it, it’s really about focusing on those attributes that are important to that luxury customer. 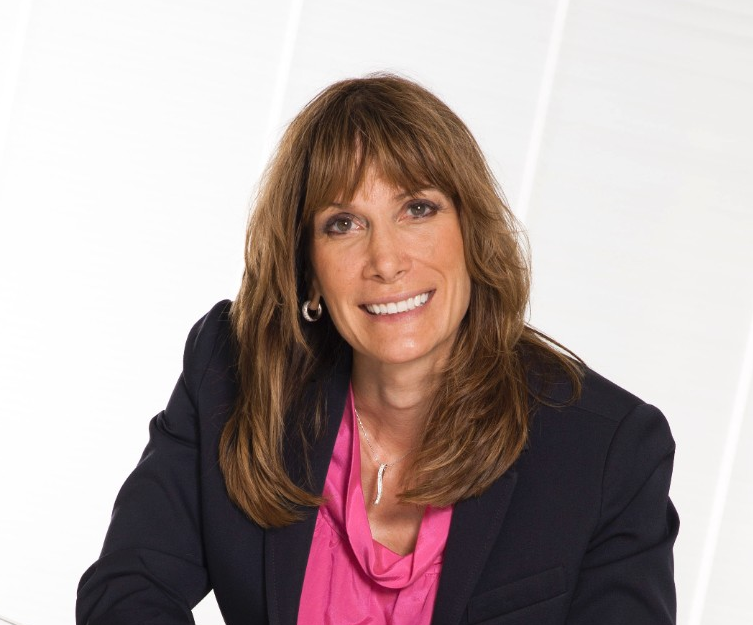 Elaine Bannon holds two degrees from the University of Michigan – a Bachelor of Science in mechanical engineering and an MBA.

You’ve made an interesting decision going with the EcoBoost V6 as the only engine now. Did you find that even buyers in this segment are concerned about fuel economy, or simply that the EcoBoost brand now conveys a certain technology cachet?

I believe our customers are looking for power and capability. So it’s really about how we can deliver that. We’ve already said that it will deliver more than 370 horsepower, more than 430 pound-feet of torque. It’s got best-in-class towing at 9,000 pounds. We obviously haven’t published our fuel ratings, but they’re going to be very good. So when you look at those numbers, and you look at our torque curve, and you look at the power, and you look at some of the things that we’re doing with the suspension, that’s what’s important. The bottom line is those things. How is that vehicle performing for me as the customer? The 3.5-liter EcoBoost delivers that.

There’s been some migration out of the big SUV market since the gas-price spike back in 2008. Is the market stable now? Do you expect the segment to grow?

That market, that luxury large-SUV market, is about 50,000 (units annually). It may grow up to 55,000 units in the foreseeable future. That number will be a stable number going forward for the next several years. We do see a lot of loyalty in the segment.

What is it that shoppers in the segment look for most: power, luxury, or styling?

There are really three pillars to that: power, capability, and beauty. When we say beauty, it’s all about presence. You’re coming toward it, you see it, and you pause, and you look at who is driving that vehicle.

When you look at the front and the rear lamps, there’s over 200 LEDs in those lamps. We wanted it to have that impact. There is so much “jewelry” in the lighting alone. Plus, there’s the 22-inch wheels and tires, because you’re sitting up and you have that feel about you, that command.

Then there’s the power and the capability. Navigator’s got a best-in-class cargo area. It’s got a full fold-flat floor. There’s fold flat, and then there’s fold flat. There’re degrees. Ours is a true flat floor because we have an independent rear suspension.

In terms of capability, we have best-in-class legroom in the third row. We’ve also got best-in-class towing, a best-in-class cargo area with power third-row seats, and continuously controlled damping in the suspension that gives customers the choice to pick whether they want to ride it sporty or comfortable. We’re giving customers a choice.

Is the driver-adjustable suspension standard?

It’s Lincoln Drive Control, and it is standard with the 22-inch wheels, and then available on the other Navigator variants. But it is a choice the customer can make to ride in the way that they want to ride. 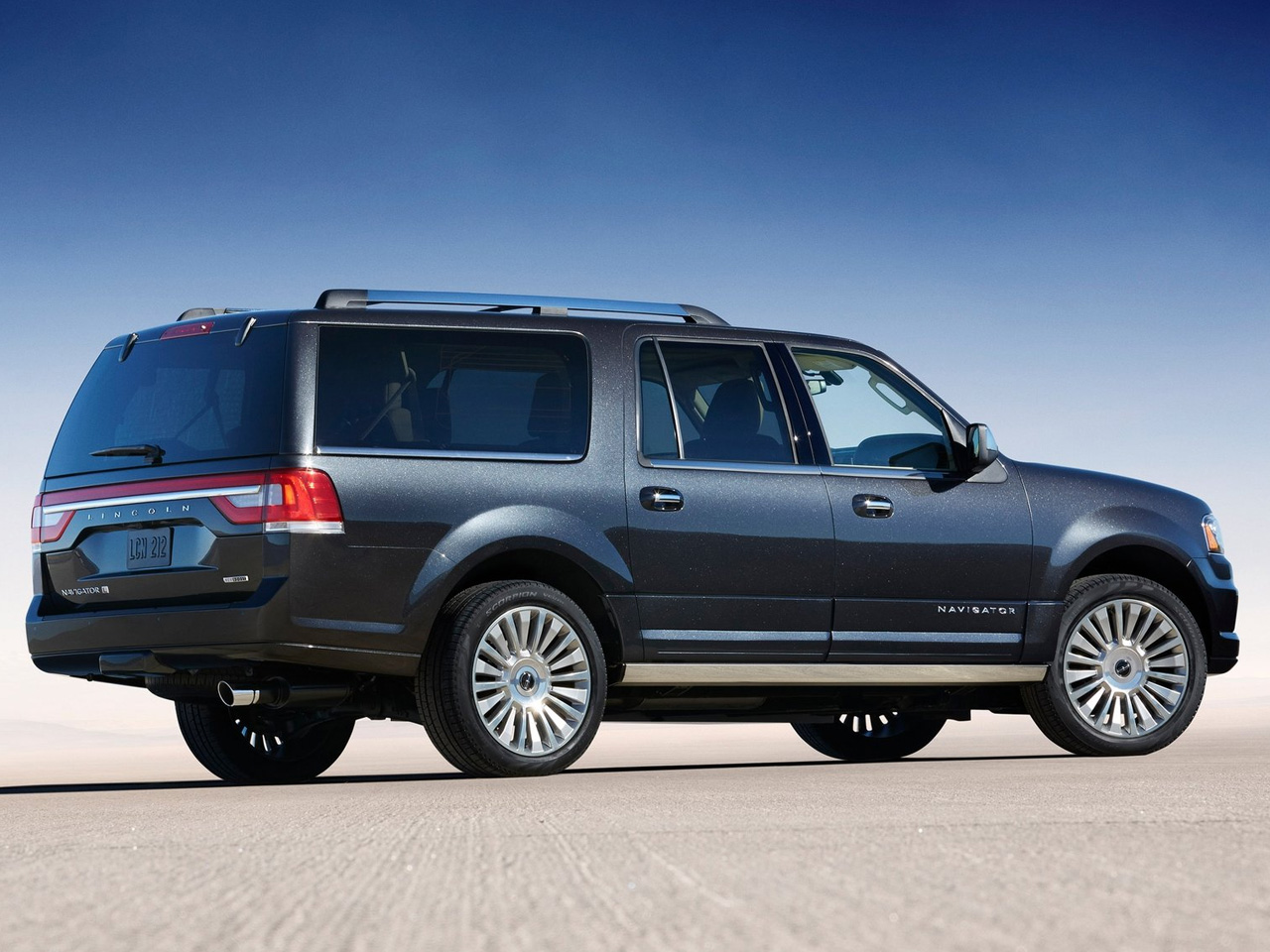 General Motors has had great success reducing cabin noise in recent years. I would expect the new Escalade to be especially hushed. Is Lincoln working toward similar ends?

We put a big quietness bundle in so it quiets the cabin down.

A series of features and tweaks aimed at quieting the cabin. It all adds up to a great driving experience. That’s what’s important to our customers.

You mentioned capability. What percentage of Navigator owners tow?

It’s interesting. The people that actually tow, and I don’t have that percentage, it’s a smaller number, but everybody wants the capability to tow. If you’re going to tow, you want that capability.

Many people do tow, like the boats, and the horse trailers, and things like that, and they need it. But most people actually choose the package so they have the capability at hand if they want to do it. So when you have a large vehicle like that, you really want it to be fully capable.

It’s hard to picture the new Navigator without a horse trailer, or in a color other than black.

When I look at it, I always imagine driving to a high-end event and seeing them parked around the entrance.

Will the 2015 Navigator again be available in two body lengths?

What is the expected product split on length?

Are the two shoppers in anyway demographically different?

I couldn’t say, but it’s probably telling that the L offers 25 cubic feet of additional cargo room.  It’s a move from a 119-inch wheelbase to 131 inches. It’s not insubstantial.

Can you tell us what kind of fuel-economy improvement we’ll see with the new model?

I cannot talk about that. We will be publishing it shortly, though.

When do sales of the ’15 Navigator begin?