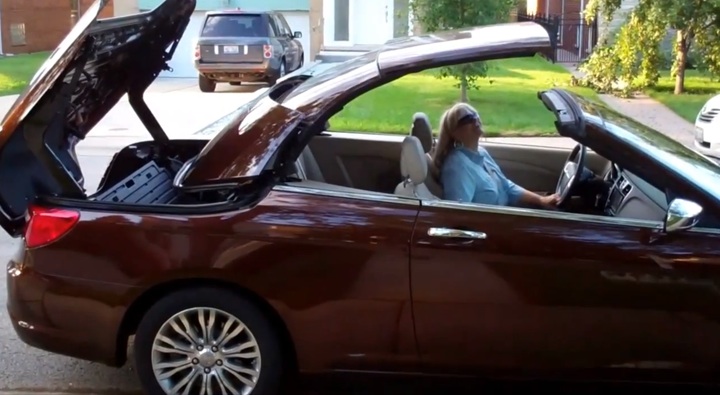 Johnnie brings sunshine into her world with the simple flip of a switch.

Steve King and Johnnie Putman, Chicago radio personalities and car enthusiasts, are longtime friends of Consumer Guide Automotive. Click the video below for their review of the 2012 Chrysler 200 Limited convertible.