What if S-P, GM, Chrysler, or AMC Had Designed the 1957 Mercury Turnpike Cruiser?

Mercury Turnflite Cruiser by Chrysler (as imagined by Frank Peiler)

What if all the big American car companies (other than Ford) were given the task of designing this famous Mercury?

While incorporating design elements from the 1956 Mercury Turnpike Cruiser concept car, General Motors, Chrysler, AMC, and Studebaker-Packard would have needed to use one of their existing body/chassis combinations. GM probably would have used the new Buick Special/Century and Oldsmobile 88 shell, Chrysler the Dodge/Desoto Firesweep bodies, AMC the big Nash/Hudson unit, and S-P the Hawk configuration. Using as much existing hardware and as few new pieces as possible, and based on each corporate design director’s view of what a car from his company should look like, they might have done something similar to the drawings below.

More “What if…” drawings

Mercury Pikehawk Cruiser by Studebaker-Packard
S-P would have been faced with a very difficult job to transform a Studebaker Hawk into a Mercury.

Starting with a Hawk body and frame plus front fenders and doors, and lots and lots of fiberglass, the most expensive change would have been a completely redesigned cowl because the Cruiser needed to have a wraparound windshield to be considered really modern.

The company could have called on a roof shell inspired by the 1953 Packard Balboa show car. To that, they could have added a new fiberglass decklid, quarter panels, and hood. Dual-headlight modules would have swept back on the front fenders to the leading edge of the front doors.

All in all, it’s not as pretty as some other ’57 makes, but not bad-looking. 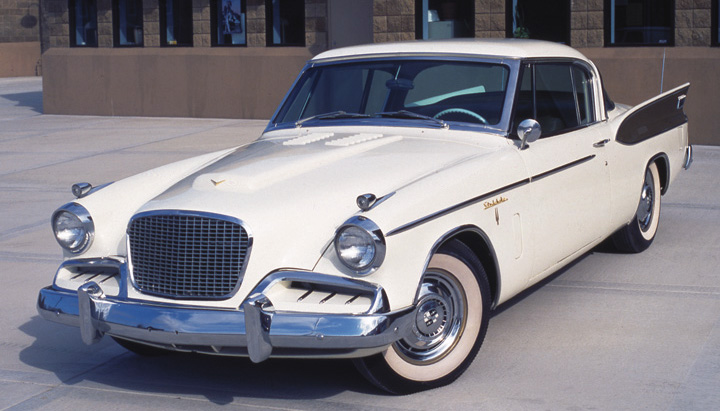 Mercury Super Cruiser by GM
By modifying existing Oldsmobile sheetmetal, GM might have gotten off cheap for its conversion.

The front bumper/grille combo used successfully by both Mercury and Oldsmobile for a few years would have carried design cues of both makes. Besides all-new brightwork, the biggest change would have involved the roof or greenhouse and the rear bulkhead. The roof vents would have been new.

New one-piece side roof panels would have swept from the A-pillar back to the C-pillar and end as roof buttresses. The new rear bulkhead would have accommodated a vertical-opening rear window.

Once a ton of chrome trim was added, voila, you would have had a heavy-handed GM-style cruiser. 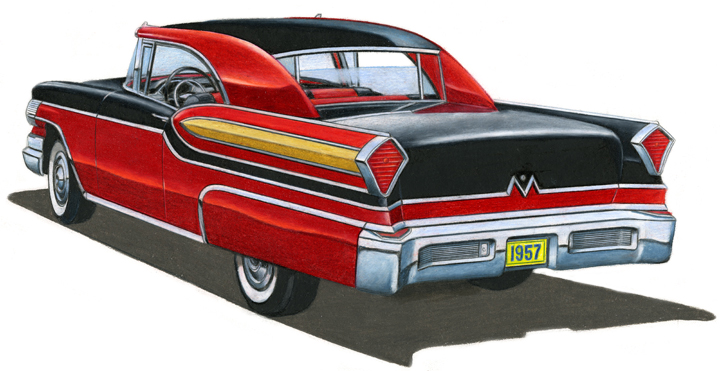 Mercury Turnflite Cruiser by Chrysler
Using the 1957 Dodge Custom Royal body and frame, and Chrysler quarter panels, the only new sheetmetal would have been the roof panels with C-pillar buttresses. By adding a redesigned grille, front and rear bumpers, chrome trim, cruiser skirts, and taillights, you would have had a Virgil Exner-inspired Mercury. 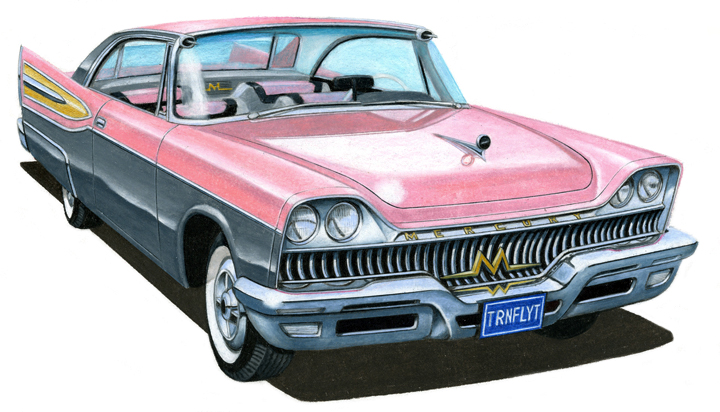 Mercury Turnpike Bruiser by AMC
By using the big Nash unit body, AMC could have used all of the existing 1957 Nash body panels except the rear quarter panels. New quarters have an edgier design to hold Mercury-like taillights.

Changes to the greenhouse would have included a new compound-curve windshield, fake roof vents, and a reworked roof line and bulkhead for the required reverse-slant opening backlight.

In my drawing, the massive front bumper/grille is reminiscent of earlier Nash grilles; the vertical barred upper grille is somewhat like Mercury’s. The rear bumper combines Mercury design elements with Nash ultra-bulky style. A pillarless 4-door hardtop on the sturdy Nash unit body would have been entirely feasible and wouldn’t have been that difficult or expensive to produce. 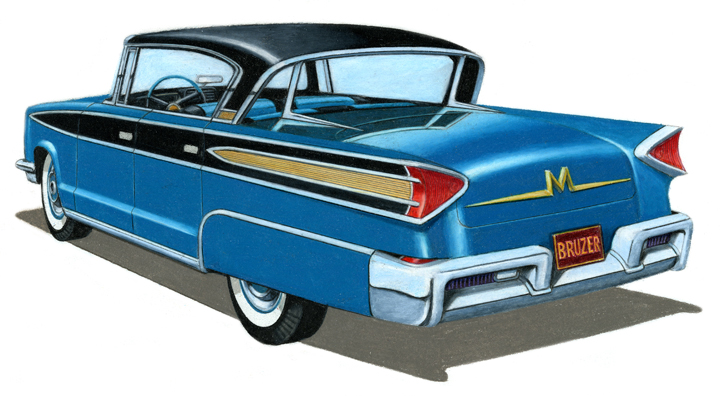 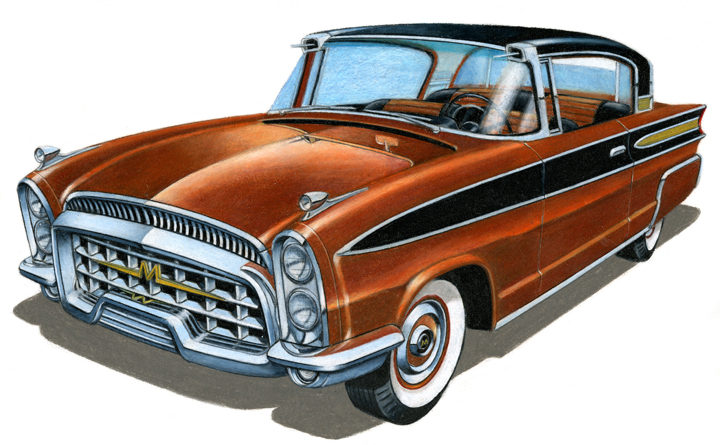