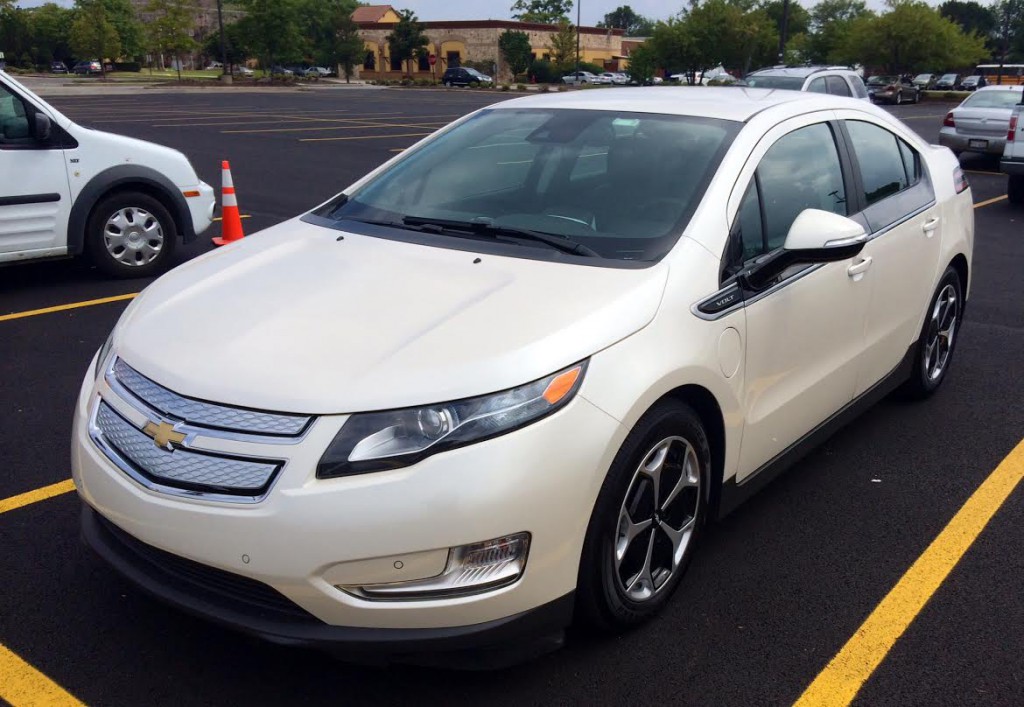 The not so good: Limited rear-seat space, dull handling

Click here for more information about Volt pricing and availability

The great game whenever driving the Chevrolet Volt is seeing what kind of all-electric driving range is possible from the “range-extending electric” hatchback. We’re hardly strangers to the Volt at Consumer Guide®, having tried out a few since the car came on the market almost 4 years ago. If you have been interested in hybrid and electric vehicles for some time, perhaps you’ve already read our views on the Volt. I won’t belabor them here, especially since there’s nothing new about the 2014 model, apart from a base-price cut of about $5000—which ain’t hay.

That leads back to focusing on Volt fuel consumption—for both electricity and gasoline. Here was my recent experience:

The Volt test car was delivered to CG after a drive of 32.7 miles with the 1.4-liter internal-combustion engine spurring the electric drive motor the whole way. (Drivers can elect to switch off battery feed, saving juice for situations in which it will last longest.) With an indicated electric-powered range of 40 miles—more or less “full”—I wanted to see how far I could go on a charge in my regular urban commute before the gas engine would kick in as the back-up generator. 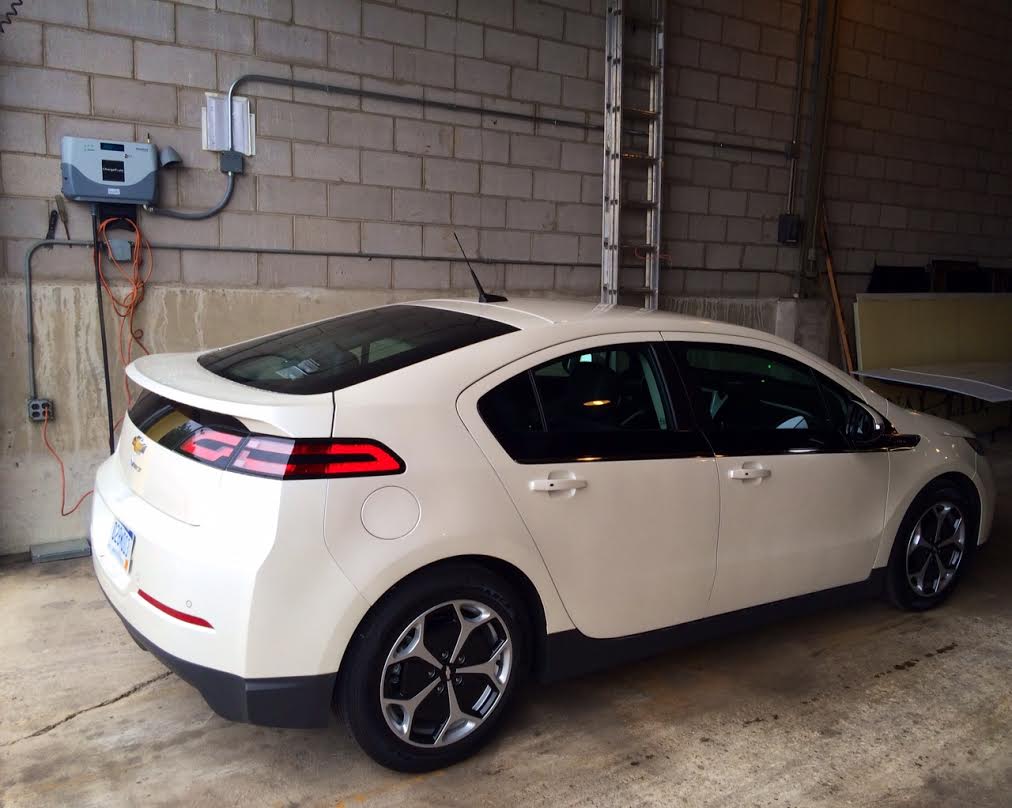 On an office-to-home-and-back trip of 54 miles or so, I was surprised to make it 51.9 miles before the completely seamless transition to the gas motor happened. Forty three percent of that distance came at what could reasonably be considered free-rolling expressway speeds—not the best for battery conservation. On the plus side, ambient temperatures were temperate enough to let me (barely) get by with the fan for ventilation instead of power-sapping air conditioning. The radio was the only other discretionary electrical device in use. This was the longest electric-only trip I’ve made with a Volt or a Cadillac ELR, which shares the Volt platform.

Reenergized in about 5 hours on CG’s 240-volt charger, and with an indicated range of 45 miles, the Chevy was ready for another trip home and whatever the weekend had in store. Over the next couple of days there was much more surface-street driving (only 20 percent “highway” miles) but regular air-conditioner use, and when I drove the last of my battery-only distance within minutes of leaving for work the following Monday, I had gone 46 miles on a single charge. That’s still more than the 38 miles Chevrolet claims, no doubt with consideration of people’s normal needs for climate controls and other electrical devices factored in.

As for gasoline consumption, it took only .922 of a gallon to top off the Volt’s tank after 4 days with the car. Just 58.8 miles of the 156.7 miles showing on the trip odometer were driven with the 4-cylinder gas powerplant in use—and that included the miles put on by the delivery driver. That worked out to an incredible 169.96 mpg for the entire stint but even measuring fuel usage only when the gas engine was actually in use still came to 63.77 mpg.

In all other areas, the Volt’s pros are still its pros, and its cons are still its cons. It will carry plenty of groceries or a weekend’s luggage for two in a cargo area that’s not half bad for a compact, and with the rear head rests removed, the individual rear seats will fold almost flat for more capacity if needed. Plus, even with the seats up, the gap between them forms a de facto pass-through. Graphics in the screens that show driver controls and MyLink infotainment displays are clear and bright, and voice commands are generally carried out correctly on the first try. 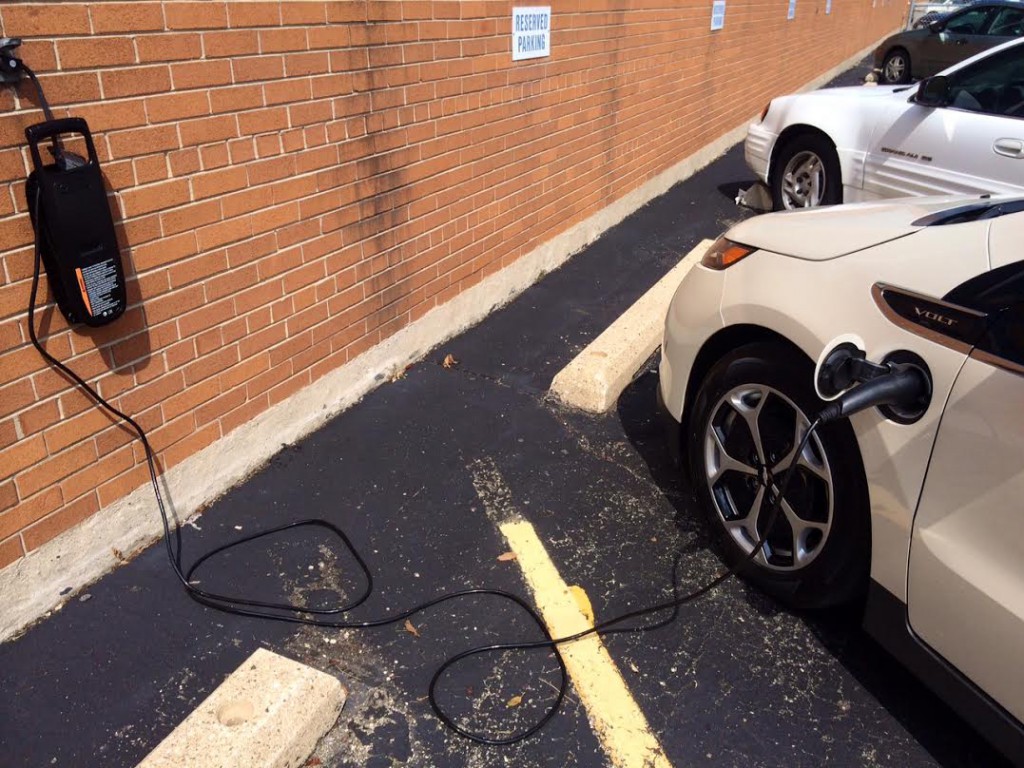 On the downside, there’s a cramped back seat for 2 (the inline placement of the lithium-ion batteries under the center of the car precludes a middle-rear seating position). Standard interior appointments are often more utilitarian than plush—though our tester came with some additional niceties as options. Auxiliary controls for audio, climate, and the like are handled by numerous pressure-sensitive “buttons” scattered about the center stack in a gray-on-white motif that’s not always the easiest to read at a glance. The low-rolling-resistance tires can be a little noisy on the highway (all the more obvious in a car making no engine noise) and open-road acceleration is, um, subdued.

Finally, the Volt remains fairly expensive for a car of its size and appointments. The 2014 model that CG sampled started at $34,185. As equipped, the test car more than made back the year’s price cut, tacking on $5645 in options that provided things like leather upholstery, heated front seats, a rear-vision camera, forward-collision and lane-departure alerts, navigation, Bose audio speakers, and dressier 17-inch alloy wheels. That ran the bottom line to $40,640 with delivery.

The technologically curious and the environmentally conscious may not find that too great a price to pay for a plug-in electric without hard and fast range limits. There must be enough of them around because a second-generation Volt is coming in 2015.

News hounds may recall the “It doesn’t work” anti-Volt talking point repeated incessantly by the talking heads of one particular news channel. For about a year, the viewing public was bombarded by vague reports of Volt failures, followed by head shaking and the wagging of fingers at the White House.

Then, quite suddenly, the Volt got a pass. One channel host went so far as to call the ca, “an antiterrorist weapon,” this because it reduces America’s dependence on foreign fuel.

Since that time, Volt has led a mostly quiet life, racking up about 70,000 sales in three and a half model years. While those numbers are likely short of General Motors’ expectations, they are hardly dismissible, neither are the legions of loyal satisfied Volt owners who seemingly live on Twitter. 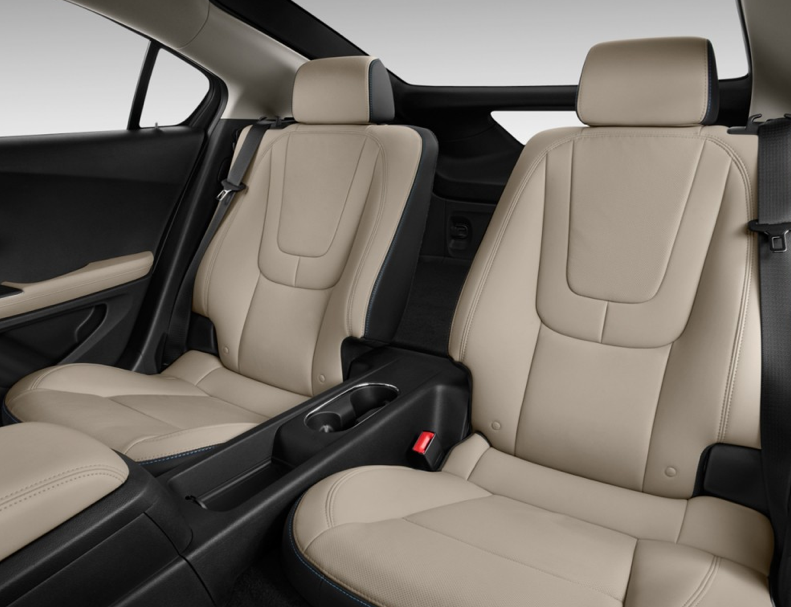 The fact is Volt works very well. Consumer Guide® first evaluated a Volt during a cold snap in early 2011, and registered an average battery range of about 29 miles. Still, we recorded fuel economy of 99.7 mpg over almost 600 miles of driving, charging the car as often as reasonably possible.

For 2013 Volt received significant battery and energy-management-system updates. At that time, Volt’s claimed range of 35 miles was raised to 38 miles.

Imagine our surprise, then, to record battery-only trips as long as 54 miles. Exercising care to make this happen, I burned no gasoline during my four-day stint in our test Volt. By “care,” I mean that I charged our test car on Consumer Guide’s 240-volt (level 2) charger each morning, and topped off/completed the charge using a standard 110-volt outlet after lunch. Chevrolet claims charging times as low as 4 hours using a level-2 charger, though we were experiencing times as long as 5.5 hours.

On the road, Volt is no rocket, but excellent “throttle” response means that keeping up with (or ahead of) traffic is no problem. It’s worth noting that driving Volt aggressively doesn’t change the experience much. There’s no surplus of power, and flooring the pedal doesn’t yield much additional thrust.

Frankly, by most conventional measures, Volt isn’t really that much fun to drive. But fun is a relative term. I found the challenge of braking to maximize power regeneration a rewarding challenge, and spending $.05 for a kWh of electricity versus $3.75 for a gallon of gas was especially entertaining.

Had I charged the Volt to capacity each day I drove it (which I didn’t), I would have spent $2.00 on electricity. Driving a test 3-cylinder Ford Fiesta the exact same distance as I did the Volt cost me $18.60 worth of gas. 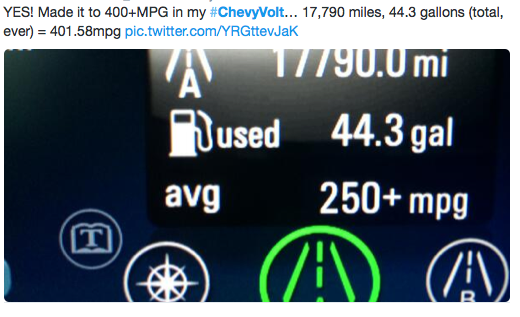 We’re about to put the wraps on Volt Gen 1. A new Volt debuts at the Detroit Auto Show in January. Expect the new car to travel a little farther on a full charge, to sport a slightly more conventional-looking cabin, and to offer more rear-seat space. Look for a lower base price as well.

As with the Toyota Prius, early sales were slow as the public spent time wrapping their collective noggins around the hybrid concept. And so goes Volt acceptance. Despite early pundit claims to the contrary, the Volt works, and it works very well. An even better Volt arrives late next year. Watch for much broader public acceptance.