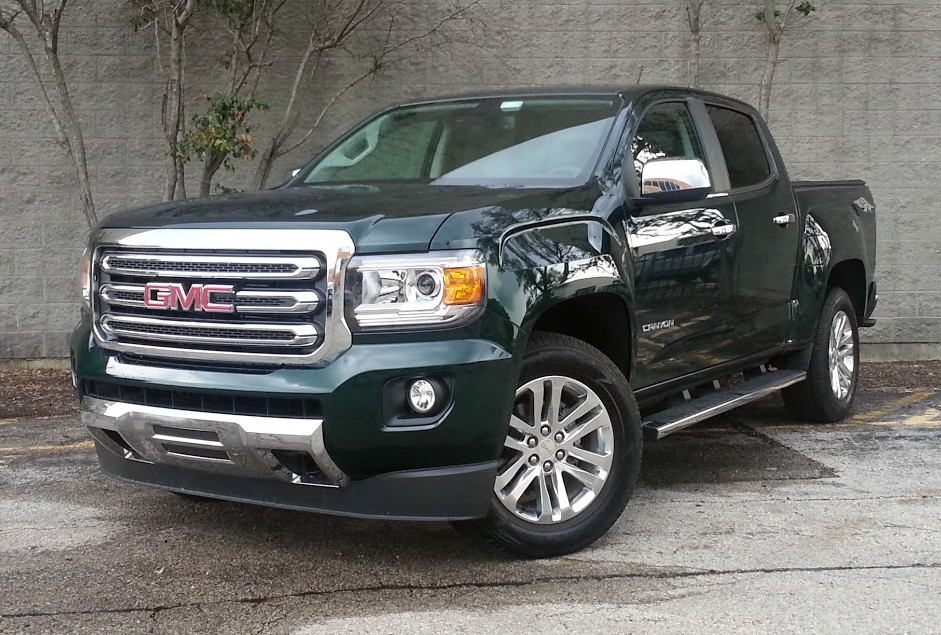 The great: Strong and smooth drivetrain, quiet and comfortable cabin

The not so good: A little fuel thirsty

After skipping the 2014 model year, the Chevrolet Colorado and GMC Canyon returned to showrooms for 2015 boasting roomier, quieter, and more refined cabins; more powerful engines; and more-contemporary styling. Yet, at first blush, much of the auto-review media seemed disappointed. The most popular lament was that GM had not gone far enough in redesigning its midsize trucks. 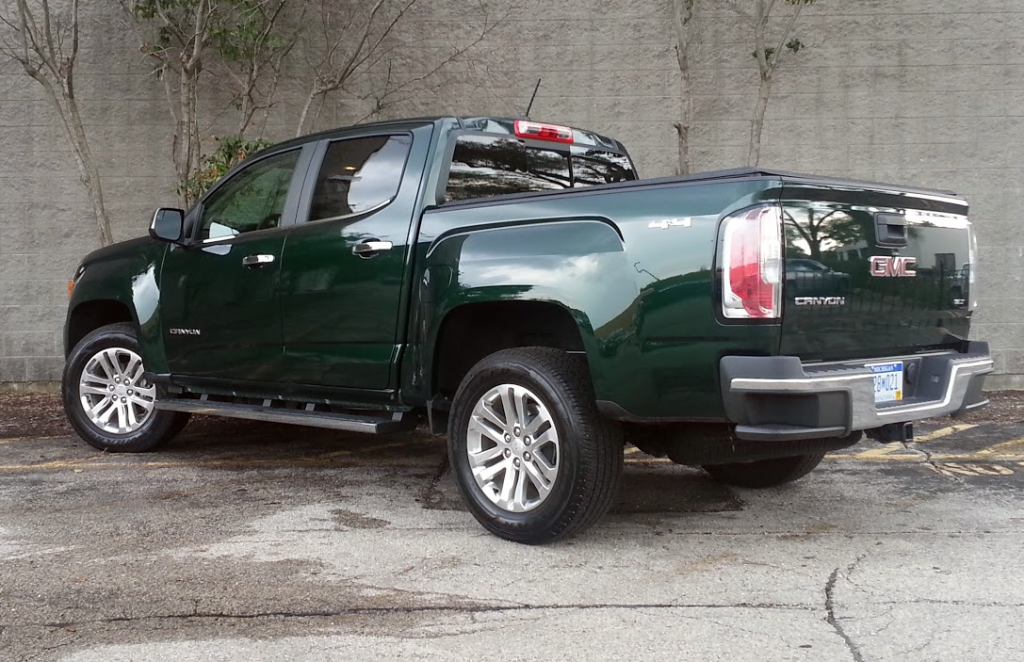 Indeed, the Colorado and Canyon break no new ground technologically. Both trucks still employ body-on-frame construction, neither is offered in hybrid or plug-in hybrid configurations (though a diesel is now available) and the Colorado isn’t available with a 4WD system that is intended to be left engaged on dry pavement (this changes for 2016).

Still, once the diminished-expectations smoke cleared, a simple truth emerged: These trucks are very, very good. Looking back, the single most innovative midsize truck of the last 15 years was the Honda Ridgeline, and the truck-buying public flatly rejected that vehicle. 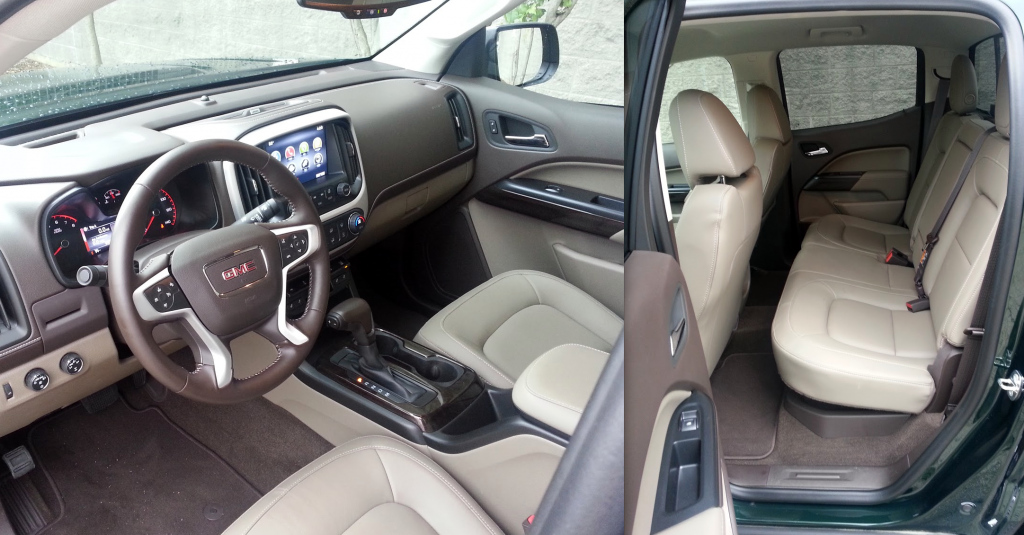 There’s plenty of cabin space in Canyon’s front row, though second-row leg room grows tight if the front seats are adjusted more than halfway back.

So, GM took the conventional route with the Colorado and Canyon, directing its attention more toward refinement than innovation, and that worked out just fine.

Consumer Guide’s test truck was a 2015 GMC Canyon SLT Crew Cab with 4WD and a short cargo box. Including a bevy of options, our test truck came to just under $42,000. While this may seem like a large sum of money for a midsize pickup, it’s worth noting that the average transaction price on a full-size pickup is now over $43,000. 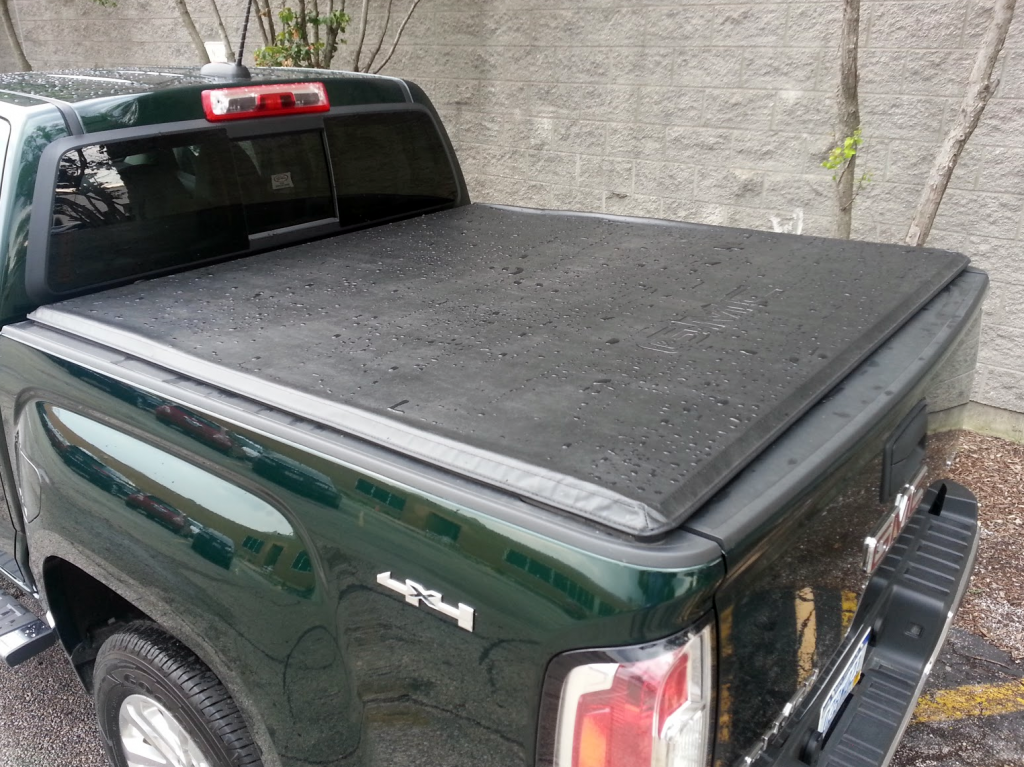 This tidy vinyl tonneau cover is a $615 option.

Personal-use pickup-truck buyers tend to load their trucks up with factory options and add-on accessories, and our test truck certainly represents that mindset. The running boards and bed cover alone amount to $1340, though both are of better quality than most aftermarket alternatives.

Having driven only examples of the Colorado and Canyon equipped with the Z71 appearance and off-road equipment package, I am happy that our test Canyon arrived without the option. I am pleased to report that the Canyon’s ride quality is appreciably improved without the somewhat stiffer Z71 suspension.

Actually, I am pleased to report that almost everything about the Canyon, now a Consumer Guide Best Buy for two years running, is pretty well executed.

The available and overwhelmingly popular 3.6-liter V6 (found in approximately 70 percent of all Colorados and Canyons produced to date) is a smooth operator. Indeed, this engine is close kin to the V6 found in several Cadillacs, and it feels nearly as refined here as it does in those luxury rides.

Our test truck never wanted for power, and the standard 6-speed automatic transmission (a 6-speed manual is available with the standard 4-cylinder engine) operates smoothly and alertly.

There’s plenty of front-occupant space in the Canyon, and visibility is good to all directions. Our crew cab’s second row is roomy enough for adults, though knee room behind tall front-seat occupants can be scarce.

The Canyon’s cabin is both clean and modern, though not quite as nicely finished as one might expect of a $40,000-plus vehicle. The GMC IntelliLink media interface system works about as intuitively as it can, though some familiarization is required.

I’ve had the chance to put the new OnStar 4G LTE in-car Wi-Fi to the test, and can report that the system will support at least six devices streaming video concurrently. OnStar claims that the system will allow up to seven devices at once, but I ran out of phones and tablets. You can read about my family’s OnStar experiment here.

It strikes me as odd that the Colorado and Canyon don’t offer push-button starting, but turning a key isn’t much of an inconvenience.

Over about 235 miles, Consumer Guide testers averaged more than 18 mpg, slightly above the EPA city estimate of 17. Not miserly performance, but acceptable given the size of this truck and the available power.

Sales numbers suggest that General Motors has a hit on its hands with its new trucks. That momentum will be challenged in 2016 by Toyota’s significantly updated Tacoma, as well as a redesigned Honda Ridgeline due within the next year or so.

Our Canyon’s Emerald Green Metallic paint is a $495 option. The 18-inch alloy wheels are standard on SLT models.