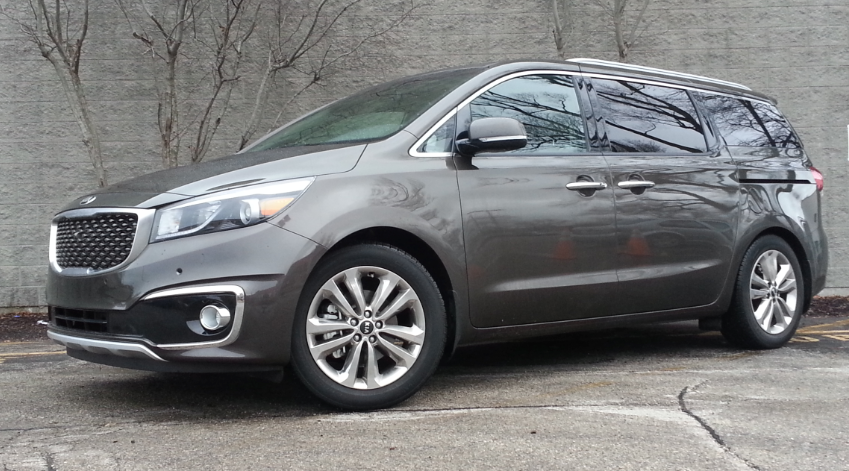 The not so good: Not as much maximum cargo space as most rivals, so-so fuel economy, third-row seats cumbersome to fold

The redesigned-for-2015 Kia Sedona doesn’t really break any new ground in the minivan market, but it’s a solid competitor nonetheless. No one buys a minivan for its looks, but the new Sedona’s styling is surprisingly handsome…for a family truckster, at least. It sports a “crossover-esque” nose that’s a bit more pronounced than the sloped schnoz of the typical minivan. There are plenty of attractive details as well, such as Kia’s signature grille and some astutely applied brightwork.

From the front seats, the Sedona feels a touch more carlike than most minivans, thanks to its horizontal dashboard layout and a full console with console-mounted shifter. That full console means that the Sedona gives up a bit of small-items storage versatility (i.e. no “purse spot” at the bottom of the dashboard’s center stack), but there is still ample space, including dual gloveboxes and a generously sized console bin. All the controls are easy enough to access, and Kia’s well-designed UVO multimedia system is one of our favorites. 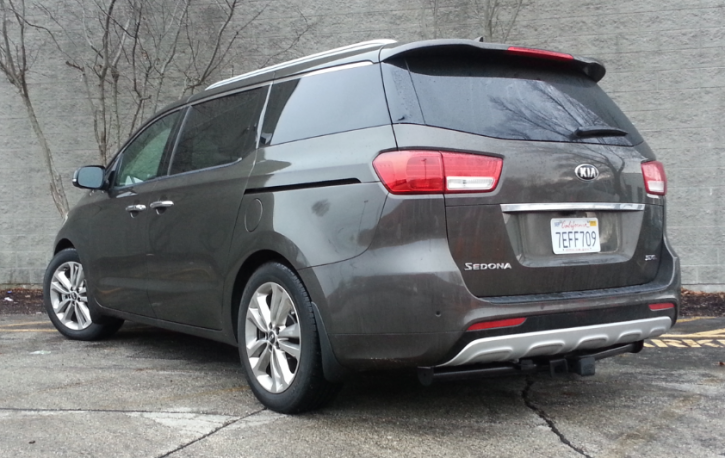 Nineteen-inch chrome alloy wheels and a rear spoiler are standard on the Limited model.

Our tester was a top-of-the-line Limited model, which meant it was equipped with “First Class Lounge Seating” for the second row. These captain’s chairs recline like dad’s La-Z-Boy, complete with a flip-up footrest. The Toyota Sienna also offers similar reclining second-row seats, but the Sedona’s also slide laterally, allowing for a larger center pathway to the third row.

Non-Limited Sedonas have second-row seats that flip forward against the front seat backs to maximize cargo-hauling capacity with the third-row seat folded into the floor. Naturally, this doesn’t net as much absolute cargo space as the handy “Stow-n-Go” fold-into-the-floor seats in the Chrysler Town and Country and Dodge Grand Caravan, or other rivals’ removable seats (which are heavy and cumbersome to detach). All in all, the Sedona setup offers a decent compromise between space and convenience.

The surprisingly spacious third-row seats offer decent head- and legroom, even for adults. However, the pull-strap procedure to fold them into the floor is more cumbersome and difficult than it should be… the seats feel exceptionally heavy and the folding action is awkward. And unlike some rival minivans, a power-folding third-row is not available. 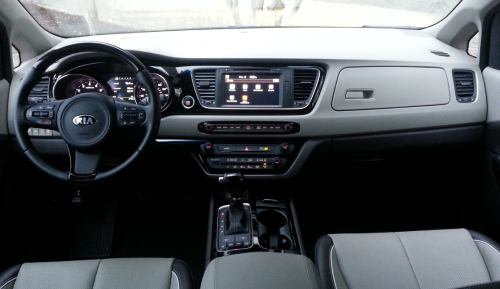 The Sedona is one of the peppier vehicles in its class. The 276-horsepower V6 supplies decent acceleration in most any daily commuting situation, aided by a smooth-shifting 6-speed automatic transmission. The tradeoff for the power is fuel economy that is average at best. The Limited is rated at an unexceptional 17/ city/22 highway/19 combined by the EPA. I averaged 19.8 mpg in a near-even mix of city and highway driving. On the road, the Sedona is laudably quiet and smooth riding, with competent handling for a vehicle of its size and heft.

The SX-L Limited model starts at fairly pricy $39,700, though it does come loaded with a full complement of high-end features. Our test vehicle was also equipped with the exclusive-to-Limited Technology Package, a $2700 option that adds Xenon high-intensity-discharge (HID) headlamps, lane departure warning system, forward collision warning, adaptive cruise control, and a surround-view monitor display. That last feature is especially welcome; the surround-view cameras provide a clear, easy-to-decipher view of the entire perimeter of the vehicle. This makes it much easier and less nerve-wracking to maneuver the sizable Sedona in tight quarters. Other surround-view systems we’ve tried can be a bit disorienting, but this one works like a charm…we just wish its availability wasn’t restricted to a pricey option package on the most-expensive model in the lineup.

Though the new Sedona doesn’t trump its more-popular rivals in any one area, it offers a balance of comfort, cargo versatility, connectivity, road manners, and style that make it a worthwhile alternative to the established minivan players.

Starting at about $27,000, the Sedona is no longer positioned as a bargain buy in the minivan category.

Indeed, with the Dodge Grand Caravan disappearing at the end of 2015, every U.S.-market minivan lineup will feature a base model starting within $2000-3000 of that $27K price point. (Chrysler has announced that despite losing the Grand Caravan from showrooms, it has no plans to introduce an entry-level version of the Town & Country to replace the $22,000 American Value Package version of the Caravan.) 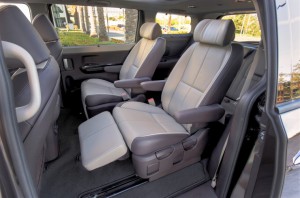 It may seem bold of Kia to charge back into the minivan market with an all-new model that offers no significant price savings, but the Sedona stacks up pretty well against the established players.

While Sedona has no clear advantages over the existing roster of vans—it’s not the most powerful, fuel-efficient, or the roomiest—it is a refined and well-finished vehicle that deserves serious consideration from shoppers in the segment.

Our top-line Limited proved a worthy entry in the category. I was most impressed by the smooth power delivery and upscale interior appointments.

Kia’s real challenge isn’t in delivering a worthy product for minivan shoppers to consider; the challenge is in breaking a clique dominated by the “Big 4” vans: Chrysler Town & Country, Dodge Grand Caravan, Honda Odyssey, and Toyota Sienna. While each of those vans accounted for sales of 120,000-140,000 units during the 2014 calendar year, the outsider Nissan Quest mustered fewer than 10,000 buyers. 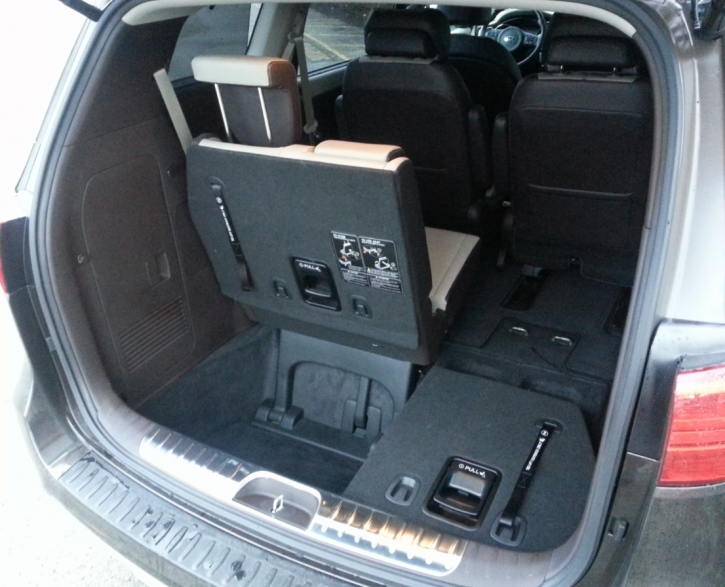 Sedona’s third-row seats fold flat to the floor to provide excellent cargo space, but the folding process is more cumbersome than it should be.

In a segment driven by brand loyalty and repeat purchases, the redesigned Sedona seems an unlikely player. But I rather like this plucky upstart, and seriously suggest you add it to your test-drive list.