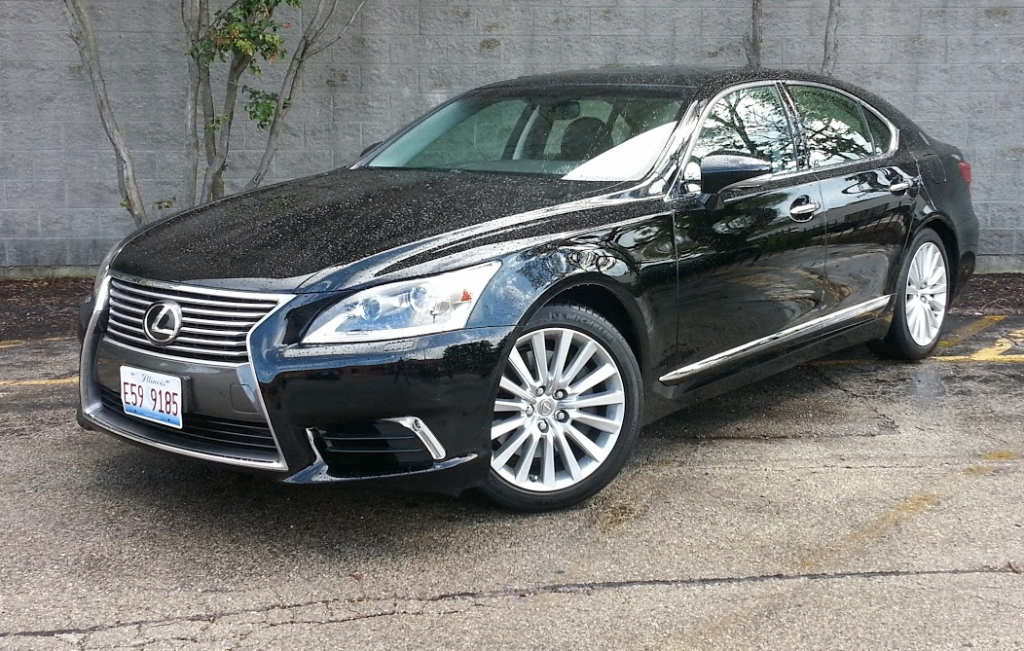 Consumer Guide’s test Lexus LS 460 arrived lightly optioned for a car in its class. Including the destination charge, our test car came to $80,630.

The concept of “bargain” as a noun carries with it some comparative judgement. A thing’s being inexpensive isn’t by itself enough to make it a bargain; being cheap while still being as useful or desirable as another costlier thing creates a bargain. 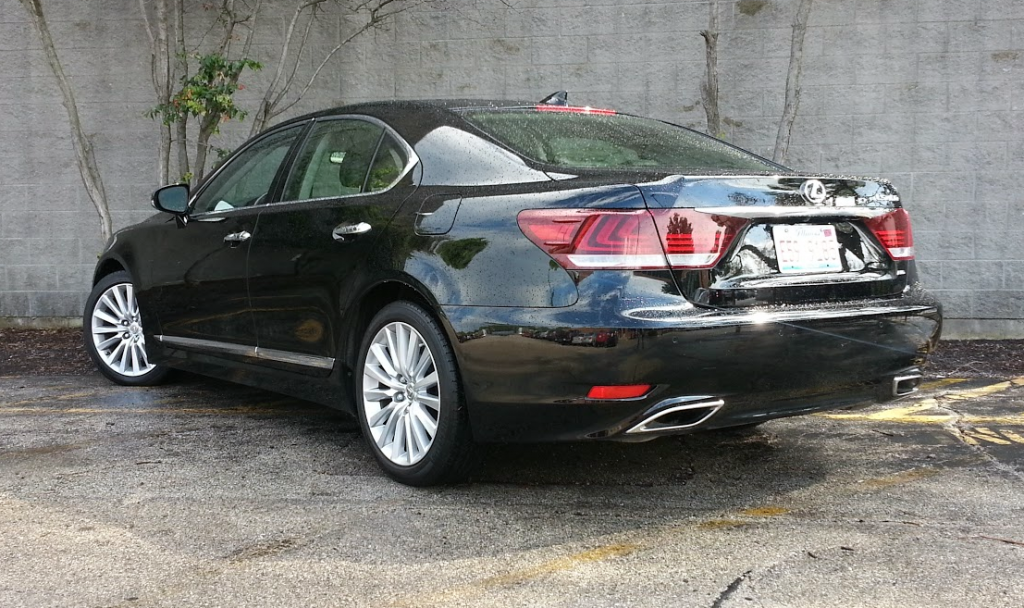 Bearing that in mind, it’s with a slight catch in his voice that this writer calls the 2015 Lexus LS 460 that Consumer Guide® tested a bargain. After all, it punched in at $80,630 with options and delivery. For very many car buyers, that will seem like a lot of money for 4 doors, 4 seats, and 8 cylinders. Here’s the predictable “but”: But that’s still $10,045 cheaper than the 2014 LS 460 that CG drove, and if not for sticker creep that raised the 2015 vehicle starting price (to $75,465) and delivery fee (to $925), the dollar gap between the two cars would have been even greater.

Both cars came with full-time all-wheel drive (rear-drive-only LS 460s are available), and the changes from one year to the next—dynamic gridlines added to the rearview camera display; upgrades to the multimedia/smartphone app system—hardly excite the needle on the differometer. Naturally, the secret to this relative bargain comes down to options. The 2014 test car had them in spades. The ’15 model had 5 extra-cost items added to it but together they cost $2600 less than just the single priciest option package found on the prior LS.

The 4.6-liter dohc V8 in AWD models is rated at 360 horsepower, and is paired with an 8-speed automatic transmission. The performance of this quiet and smooth powerteam can be modified a bit by fiddling with adjustable driving modes activated by a console dial. “Normal,” “Eco,” and “Sport” settings tweak engine performance, fuel efficiency, and the degree of road feel. To this driver, the engine and suspension changes between Normal and Sport were slight at best. A test stint of 176.2 miles, with 63 percent in city-driving conditions, averaged just 15.91 mpg—actually a minuscule improvement over this driver’s 2014 LS experience, but not even up to the EPA’s 16-mpg city rating for the car. 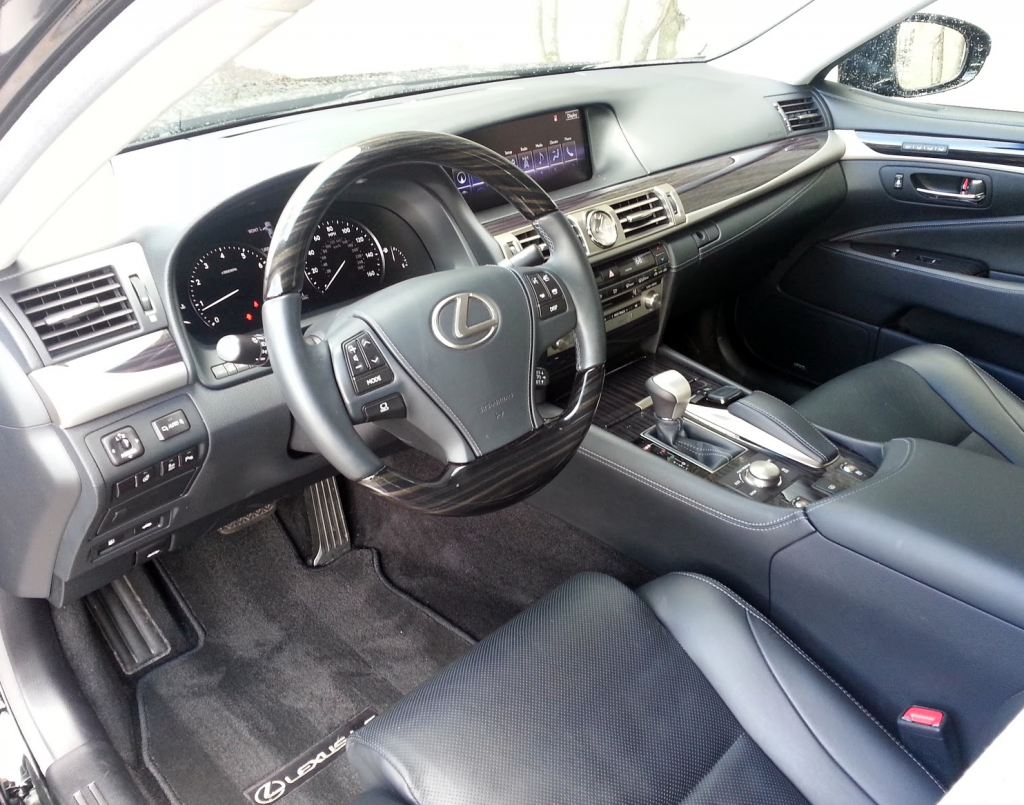 The LS cabin is more understated than overtly luxurious. That said, assembly quality is top notch.

The LS 460 is awash in power conveniences, either standard or optional, and you find buttons all over the interior for one thing or another. On each front-door panel is a button with an icon of a seated passenger with up-down arrows. This automatically adjusts the height of the shoulder belt. The inboard portion of the passenger seat includes buttons for fore-and-aft travel and seat-back angle, which would allow a person in the driver’s seat to easily adjust the right-side seat for an incoming passenger. The lid on the console box fully opens or closes by itself after just a slight push.

Soft-touch surfaces are abundant in the richly appointed and whisper-quiet cabin. Passenger room in both rows is ample, but the tall driveline hump will likely compromise a middle-rear passenger’s comfort. Storage includes a large glove box; large console cubby with a built-in phone tray and auxiliary/USB ports; 2 covered cup holders in the console; hard-sided pull-out pockets in each door and on the backs of the front seats; and a rear pull-down arm rest with a covered bin, seat-heater controls, and 2 pop-out cup holders. Rear passengers can avail themselves of their own lighted vanity mirrors built into the headliner.

The trunk is wide at its opening, but wheel houses intrude considerably, so overall luggage capacity is acceptable but not exceptional. Rear seats do not fold, but a pass-through is provided for long items. 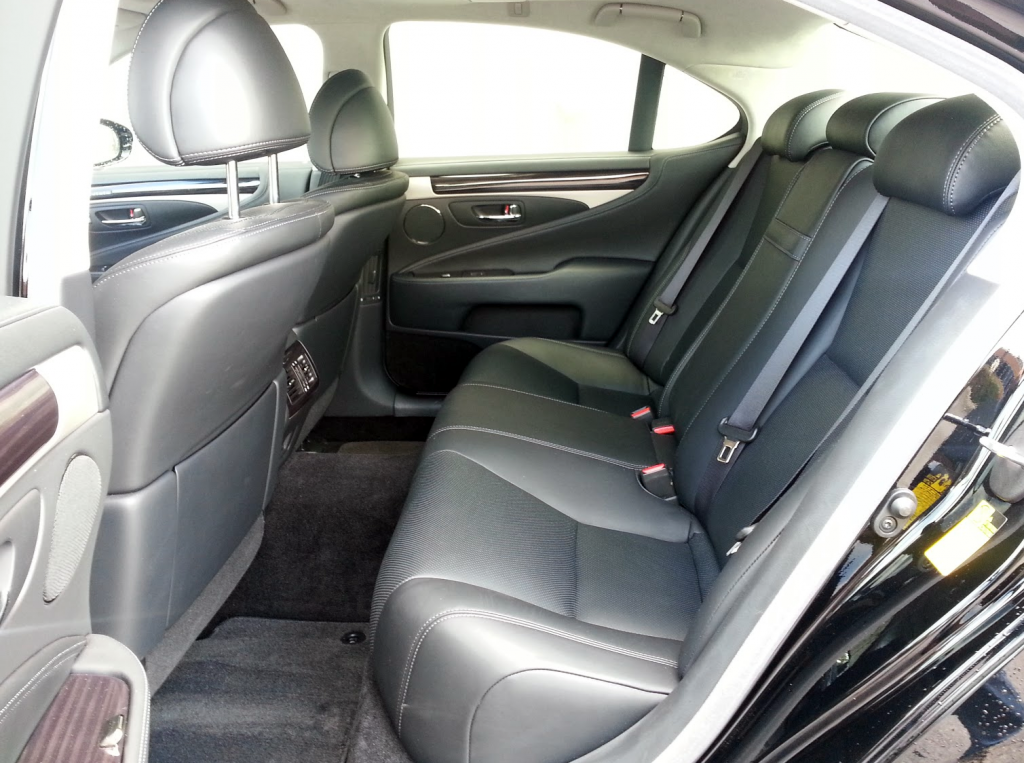 Even is standard-wheelbase form, the LS 460 boasts ample rear-seat legroom for adults.

There is an absolutism to the way Lexus approaches luxury, at least in regards to a few of its vehicles. While German premium automakers strive to endow their cars and trucks with as much road feel and control as possible without compromising comfort, Lexus aims for complete road isolation. In the case of the LS 460, that approach can be startling.

The LS 460, for example, stands out among large luxury sedans for its sublime character–even in short-wheelbase, low-equipment guise. The LS is not the biggest, fastest, best handling, or best finished car in the class, but it is the most polished. The silky V8 operates in near silence, reluctantly whirring only when full-throttle requests are made of it, while the transmission clicks off nearly imperceptible shifts.

Ride quality is superb, with nothing but the most egregious road imperfections registering with vehicle occupants.

The cabin is warm and friendly, but not overtly so—it’s not as Avant-garde as an Audi, as rich as a Mercedes, or as business-like as a BMW. Instead, the LS interior seems meant to coddle without becoming a distraction of any sort.

The result is a car of regal solitude instead of focused athleticism. Think of the LS as the anti-Euro big luxury sedan and you’ll be pretty close. And compared to those German rides, the LS comes off as a screaming bargain. If you’re not looking for a 5000-pound 4-door sports car, the Lexus LS deserves a test drive.

Our test LS 460 measures 200 inches bumper-to-bumper. The long-wheelbase LS 460 L stretches an extra 5 inches, bringing with it an additional 5 inches of rear-seat legroom.