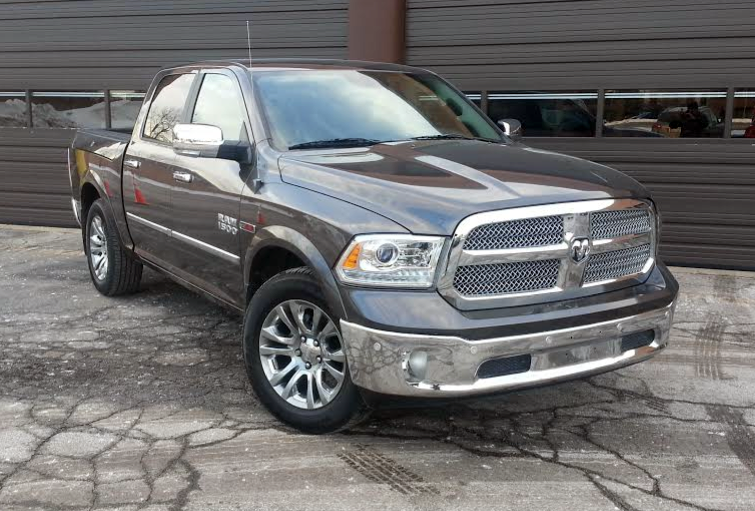 Consumer Guide’s test Ram 1500 arrived in Laramie Limited trim, loaded with options. Including the EcoDiesel engine, our test truck came to an eye-opening $59,060.

The not so good: Diesel engine a costly option

It wouldn’t be crazy to call the Ram’s EcoDiesel V6 the Cadillac of diesel engines. In fact, the 3.0-liter diesel V6 now available in 1500-series Ram pickups began life as a Cadillac engine—sort of. 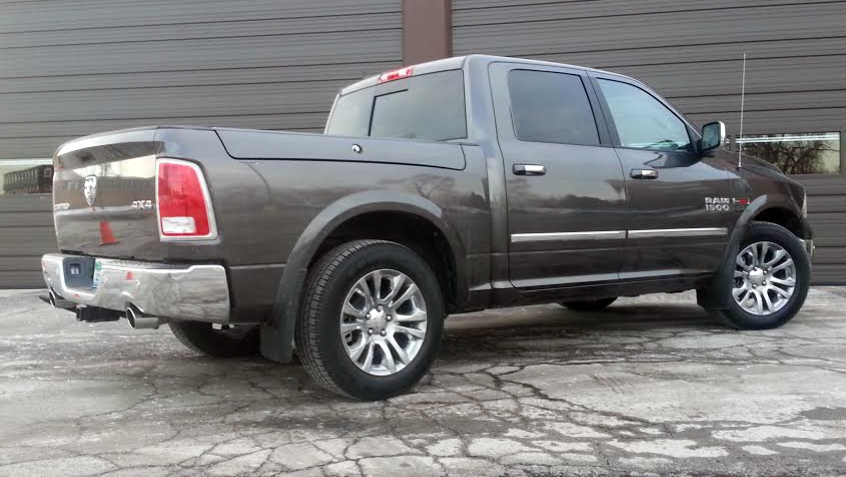 Here’s the story: Cadillac has traditionally had a tough time selling vehicles in Europe. One problem is that European luxury makers already dominate their home markets; another problem is Cadillac’s lack of diesel engine options for its cars and crossovers. Enter Italian engine manufacturer VM Motori. 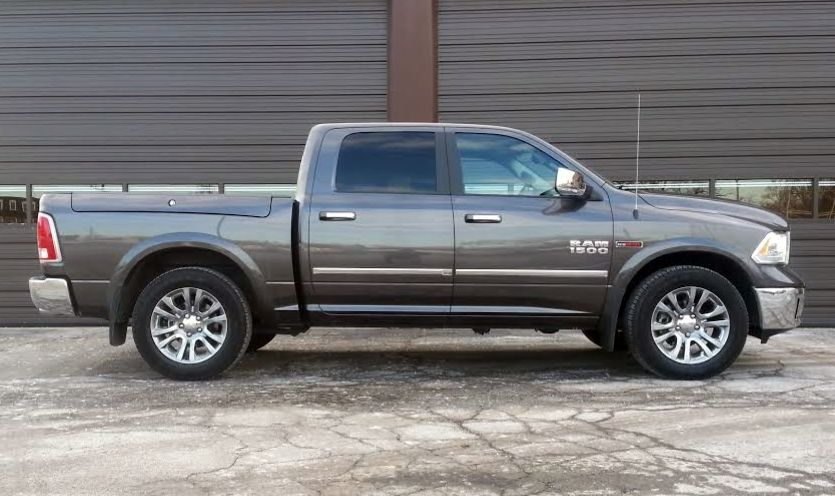 Caddy would never take delivery of that engine, however. A victim of GM’s bankruptcy, the V6 diesel project was killed about the same time the Pontiac and Saturn brands were being dissolved—even though the engine’s development was nearly complete.

Coincidently, Chrysler, which was coping with its own financial crisis at the time, was forced into a relationship with Italian carmaker Fiat, then half owner of VM Motori. I think you know where this is going…

For reportedly very little money, Fiat would pay for the last stages of the nascent engine’s development, and score an excellent powerplant for just pennies on the dollar. And that’s great news for Ram pickup buyers.

Ram Rebel Takes a Ride Off the Beaten Path 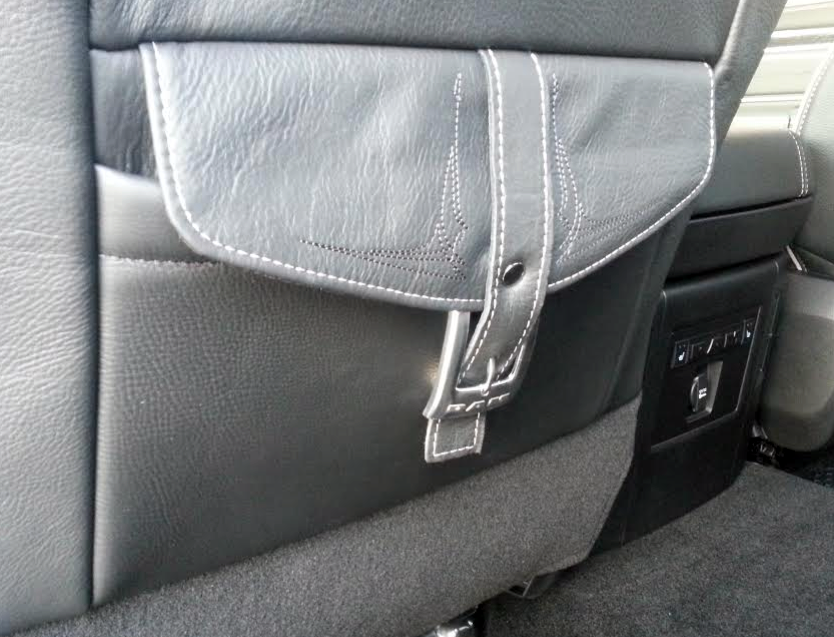 Fiat actually builds its own 3.0-liter diesel engines, and Americans can find them in the Ram ProMaster commercial van. Though that engine seems stout, it lacks the VM Motori engine’s polish.

Which brings us to our test truck. As fate would have it, Ram updated the its top-trim Laramie Limited while we were driving this example, tweaking the cabin, grille, equipment availability, and pricing. So we won’t spend much time talking about the cabin and trim, other than to note that they’re very, very nice. Instead, let’s focus on how this rig rides and drives.

In a nutshell, it rides and drives very nicely. The Ram 1500 is a Consumer Guide Best Buy for good reason, and we’ve long been impressed by its best-in-class on-road performance. 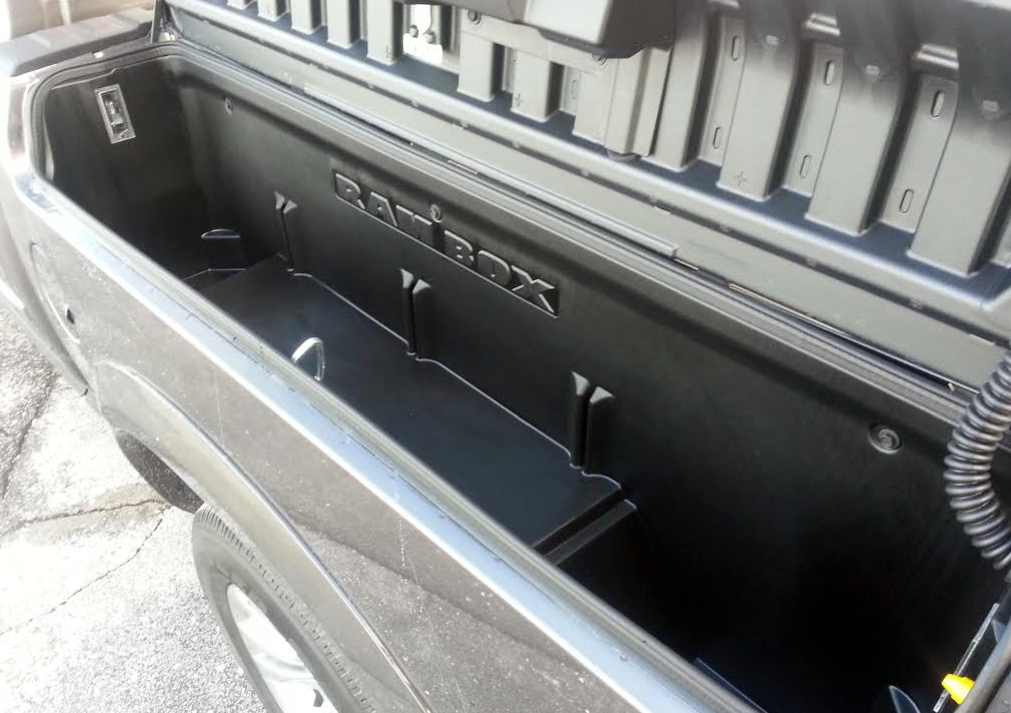 Bedside storage bins are the primary feature of the $1295 Ram Box Storage System.

Overall refinement slightly favors the diesel as well. Most uninformed Ram EcoDiesel passengers would never suspect that a diesel engine was working under the hood. In most driving situations, the diesel keeps silently to itself. What noise this diesel does make the Ram wears like a badge of honor, clattering subtly only when a heavy dose of throttle is applied.

Which brings us to fuel economy. Chrysler’s Hemi V8 has never been especially thrifty in Ram applications. Per the EPA, a 4WD Hemi-powered Ram is good for 15/21 mpg (city/highway). Those numbers pale in comparison to the EcoDiesel, which returns 21/29 mpg in 4WD trim.

The economic case for diesel is somewhat muddled at the moment. Diesel fuel prices are often as much as a dollar more per gallon than regular gasoline, and the EcoDiesel option is dearly priced at $3120 above the Hemi V8. Still, a case for the diesel can be made. Consider the following: 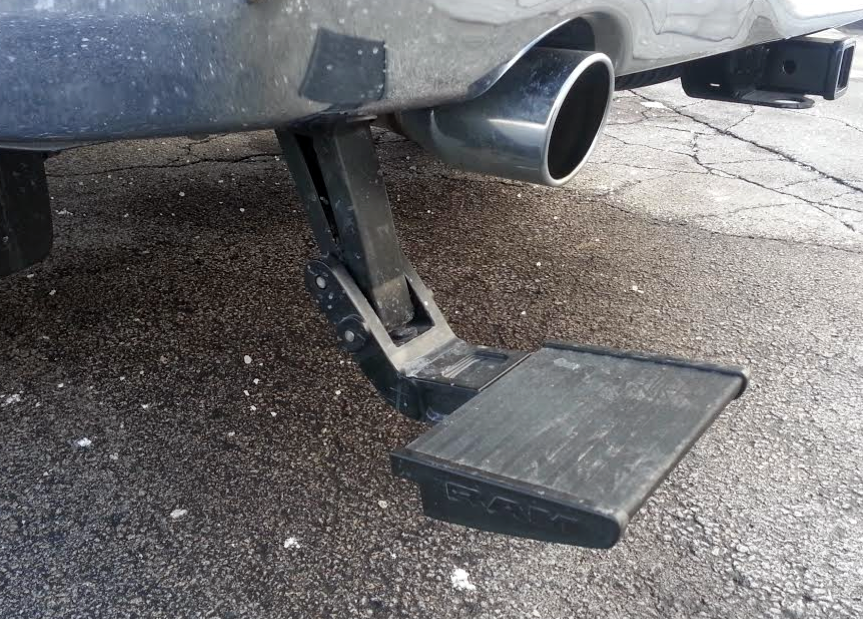 Handy Ram bed step flips down from the rear bumper.

It would take a long time to amortize the cost of going diesel in a Ram at current fuel prices. That said, our current reprieve from high fuel costs is almost certainly temporary. Additionally, the EcoDiesel engine provides a power bump over Ram’s base V6 and a noteworthy drivability edge over the thirsty Hemi V8. Per the folks at Ram, roughly 20 percent of shoppers are opting for the EcoDiesel, this despite current fuel prices.

Why the Ram 1500 is a Consumer Guide Best Buy