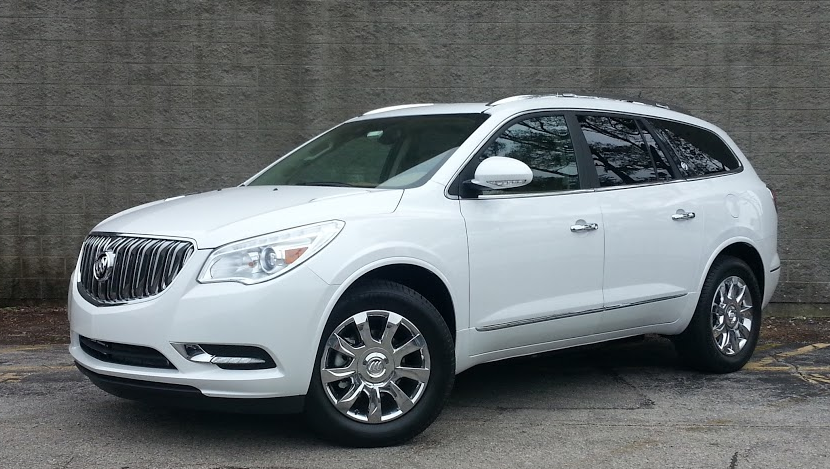 Enclave occupies the top rung of GM’s 3-row midsize-SUV ladder, placing it a step above the similar GMC Acadia and Chevrolet Traverse. It’s considered a premium entry, as reflected by its $54,230 sticker. 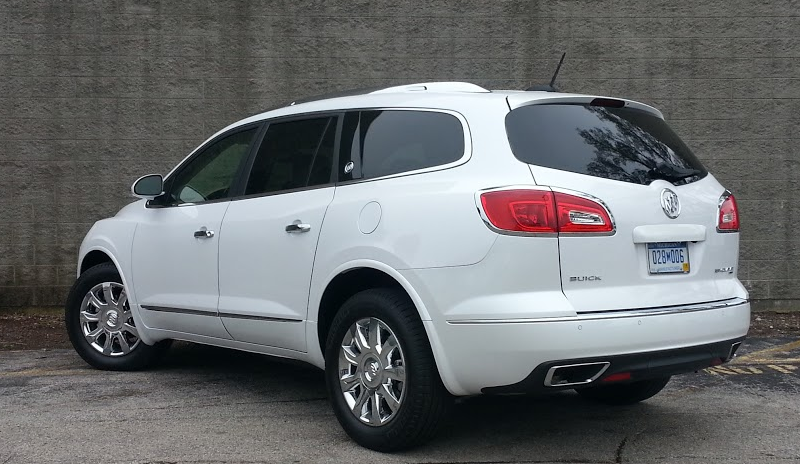 Enclave looks big, and it is; at 202 inches stem to stern, it’s the same length as the full-size Chevy Tahoe.

Just before GM vacated the minivan market after 2008, it introduced a series of 8-passenger midsize SUVs that were clearly destined to replace them. First up was the 2007 GMC Acadia, followed the next year by the Buick Enclave, and finally, for ’09, the high-volume Chevrolet Traverse.

Although the most expensive of the bunch, the Buick Enclave has done surprisingly well. With its upmarket trim and somewhat-upmarket Buick badging, it has been pitched largely against 3-row premium midsize SUVs such as the Acura MDX and Lincoln MKT. A drive in a 2016 Enclave showed us exactly why it’s been such a success.

Climb inside, and the upmarket trim hits you right away. Our tester had a rich-looking two-tone interior graced with lots of wood and numerous padded surfaces, all highlighted with chrome accents. Only the cheapish plastic glovebox door looked out of place in a vehicle that stickered for $54,230. 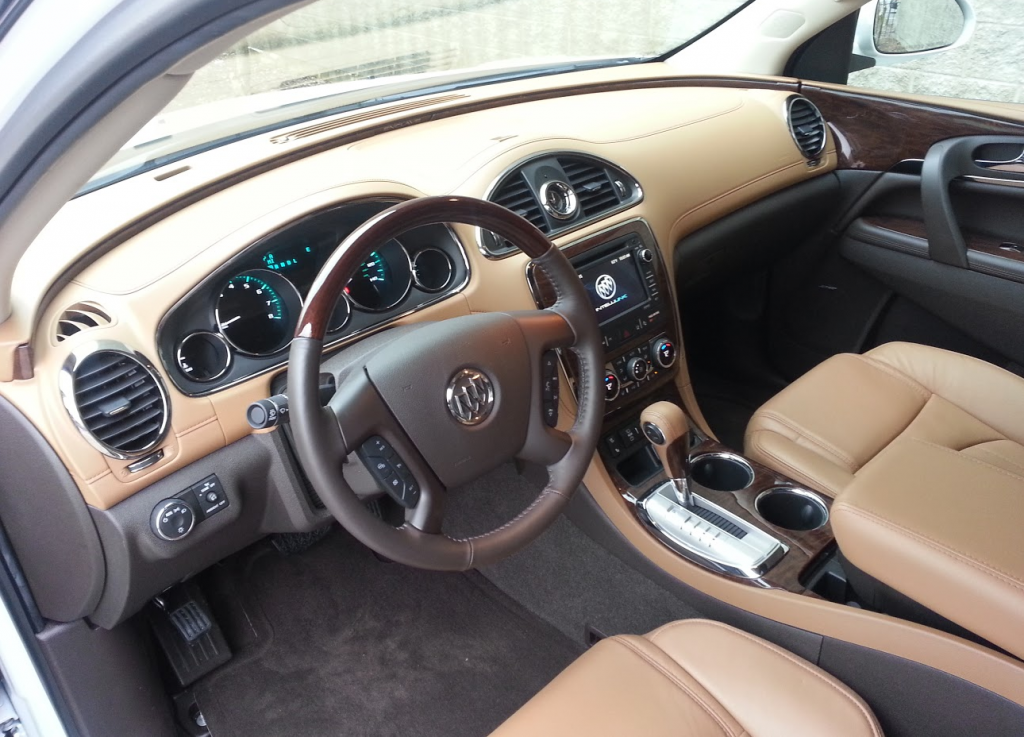 Certainly that’s a bunch for a Buick, but in room, comfort, features, and dynamics, the Enclave acquitted itself quite well.

Although categorized as midsize, the Enclave and its GM cousins border on full-size, as all are almost exactly the same length as the big Chevrolet Tahoe. And unlike the Tahoe, which has rather restricted 3rd-row room, the midsizers have good seating space in the “way back.” Adults have adequate head and leg room, and though shoulder space would be tight for three full-size folks, it would probably be sufficient for a trio of kids. First and second rows offer generous room.

Our tester had two 2nd-row bucket seats that restricted capacity to seven. They slid forward to allow easy entry to the 3rd row, which could also be accessed simply by crawling between the 2nd-row buckets.

From the driver seat, visibility is somewhat restricted to the front corners due to thickish roof pillars, poor to the sides thanks to really thick pillars, but decent to the rear corners. Interior storage consists of a good-size glovebox, a forward console bin with Aux and 12-volt jacks, two cupholders, two rear-console bins, a sliding armrest with small bin, and small map pockets in the doors. 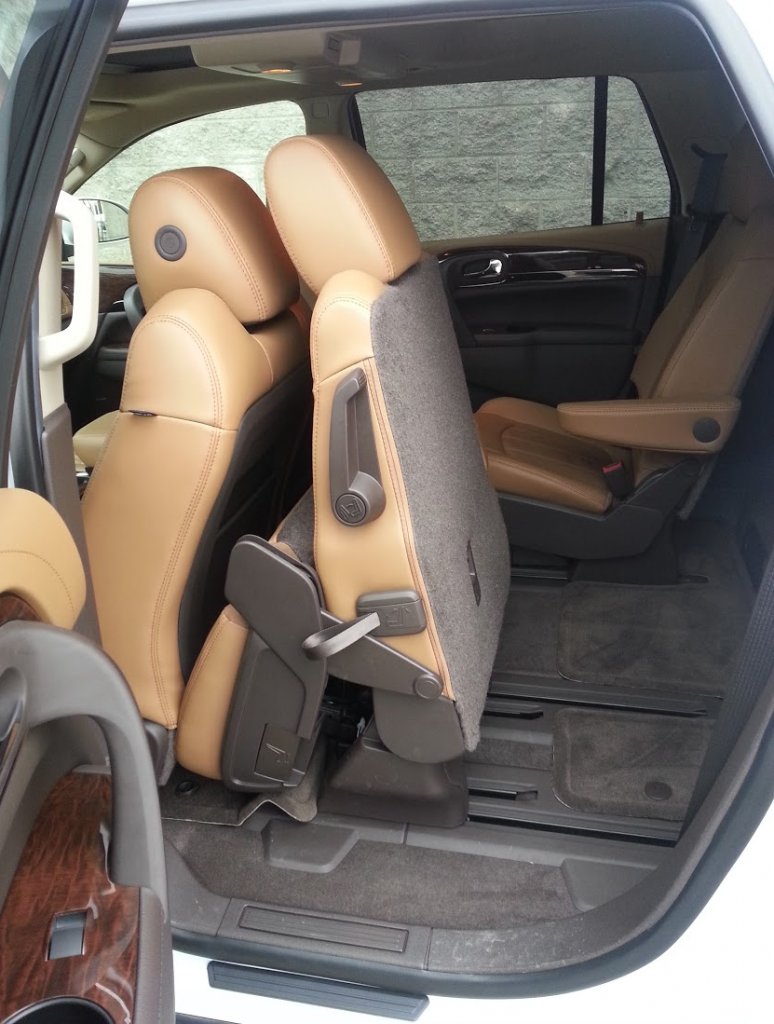 Climate controls are easy to reach and simple to use. The audio-system controls likewise fall readily to hand, and they consist of more good ol’ buttons and knobs than many modern high-end vehicles, which simplifies adjustments.

While the cargo area is rather narrow at the rear, there’s lots of underfloor storage space. Both the 2nd- and 3rd-row seats fold flat and level with the cargo floor, making it easy to slide in large items.

On the road, the first impression you get is one of quietness and composure. This is one refined vehicle. There’s little wind or road noise, and bumps are muted both in sound and impact.

Powering the Enclave is GM’s ubiquitous 3.6-liter V6, here making 288 horsepower. That may sound like a smallish engine for such a large vehicle, but it provides adequate acceleration. Nail the gas from a stop, and the Enclave moves out just fine; hit it from a roll, and the transmission downshifts fairly quickly for more passing power. It also provides adequate economy. In 216 miles of 75 percent highway driving, I averaged 18.8 mpg — not bad for such large, roomy, well-equipped vehicle.

Although the base front-drive Enclave Convenience model starts right at $40,000, our AWD Premium tester resided at the opposite end of the model’s price spectrum. With its $50,000 base sticker comes such amenities as heated and cooled 8-way power driver and front passenger seats with power lumbar adjustment, driver-seat memory, heated power tilt-and-telescopic steering wheel, tri-zone automatic climate control, satellite radio, 4G LTE WiFi hotspot, and heated outside mirrors. Safety features include a front center airbag (standard on all Enclaves, it deploys between the two front seats to keep noggins from knocking together), blind-spot alert, cross-traffic alert, forward collision alert, and lane-departure warning. Added as options were a dual-pane moonroof and rear-seat entertainment system, which, along with the optional “White Frost” paint, brought our tester to its aforementioned total of $54,230. 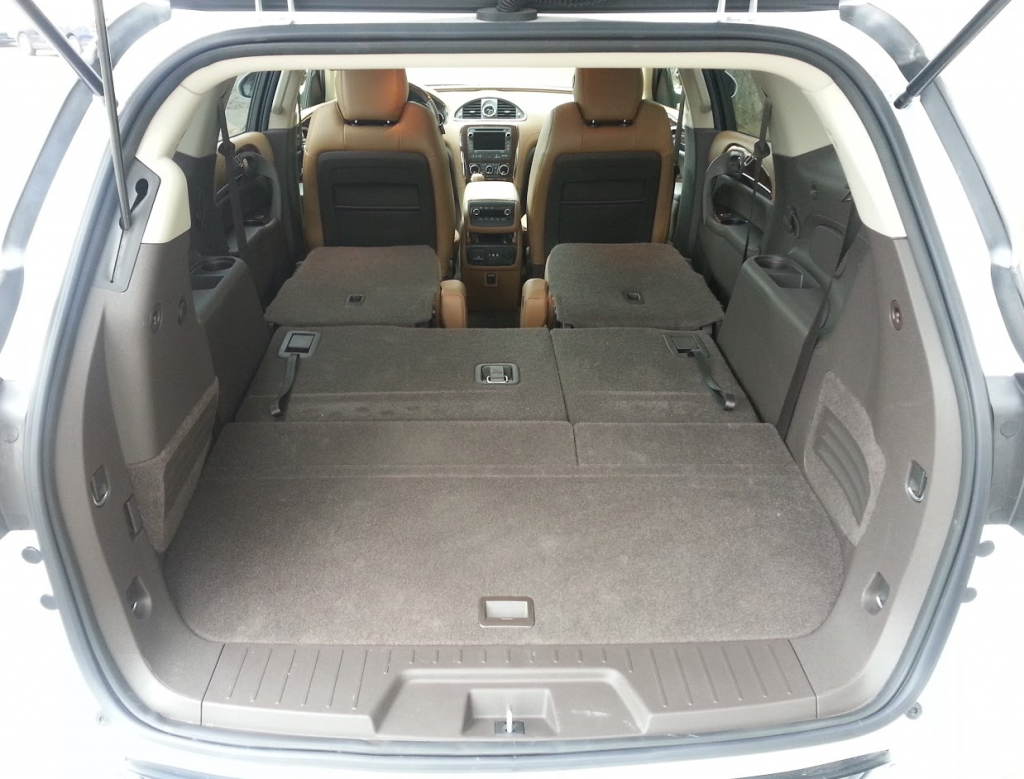 Sure, you could get much of that for less in a Chevrolet Traverse (which starts at about $30,000) or GMC Acadia (starting about $32,000), but neither really fits into the “premium” mold as well as the Enclave. And we now understand why this combination of room, comfort, features, and style has attracted so many buyers.