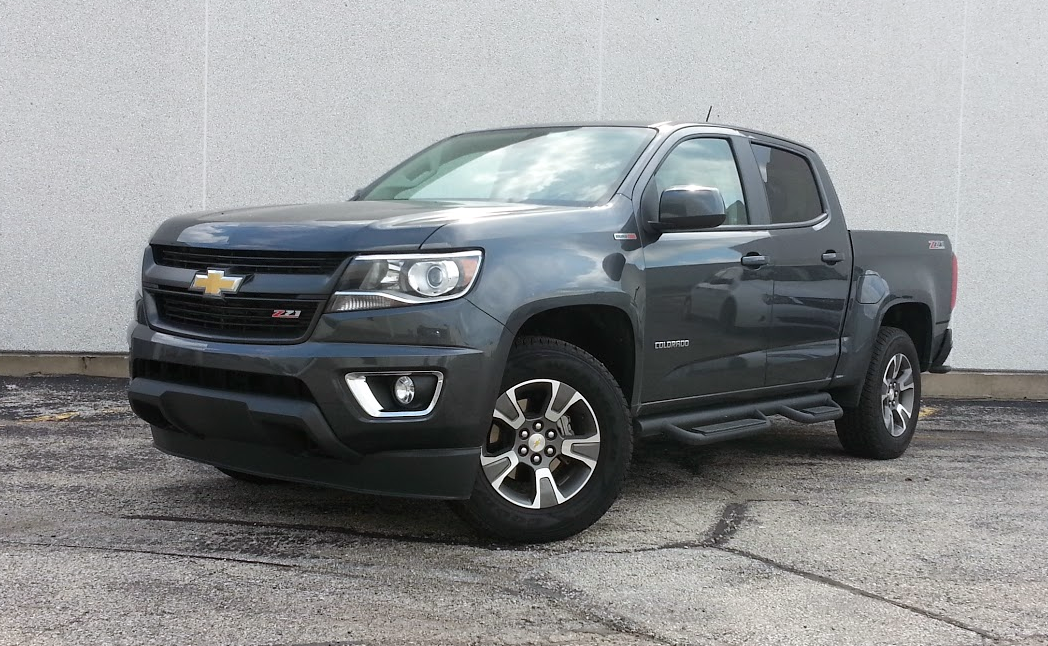 The not so good: Price of Duramax diesel option, ride quality with Z71 suspension

It seems that we’ve gone down this road before, just not the same way.

If that sounds nonsensical, let me explain. In 2015, Consumer Guide® editors test-drove a Chevrolet Colorado compact pickup. It had Z71 trim and equipment, four-wheel drive, a four-door crew cab, and the shorter of two available cargo beds. Now they’ve driven the same vehicle as a 2016 model. However, where the ’15 job had a 3.6-liter gasoline V6, this latest Colorado came with a 2.8-liter Duramax turbodiesel four-cylinder engine. 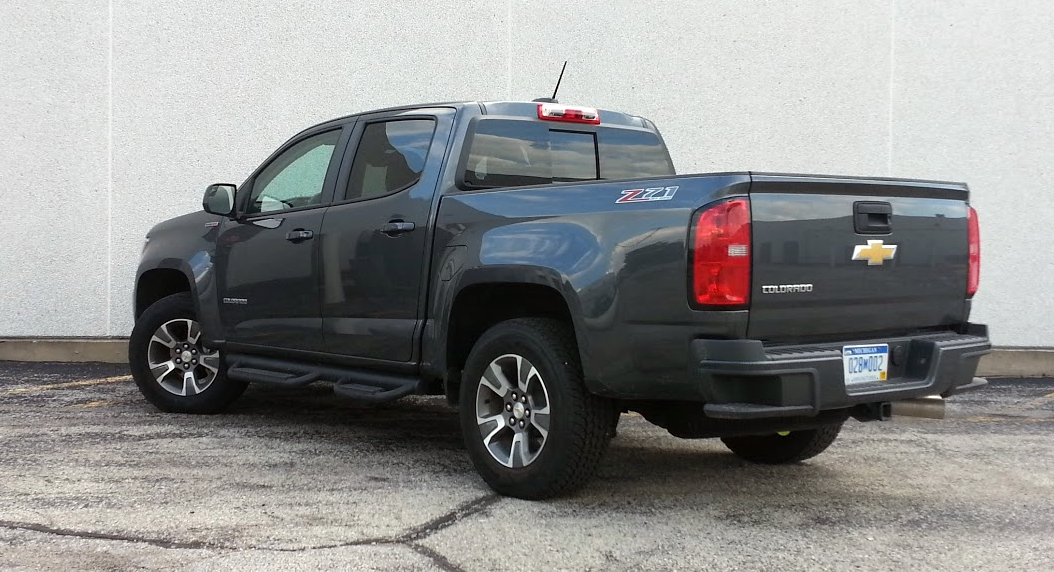 Handy steps molded into the outer edges of the rear bumper make it a bit easier to access the cargo bed.

The 181-horsepower turbodiesel powerplant is one of the few 2016 changes of note to the truck that, with its companion GMC Canyon, is CG’s “Best Buy” in the lightly attended compact-pickup class. (Other changes include the addition of Apple CarPlay capability for the Chevrolet MyLink infotainment system, and the availability of a multicolor driver-information display.) Yes, the diesel represents a change, but it’s not necessarily an improvement. 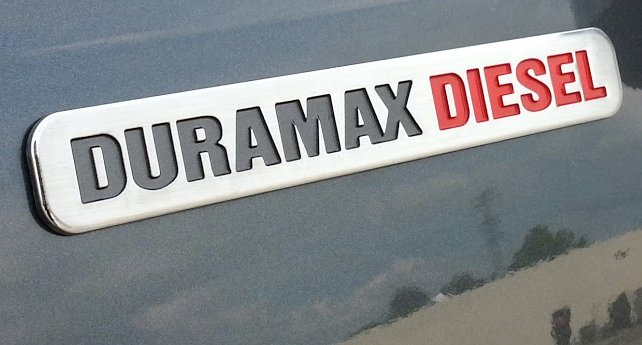 The 2.8-liter Duramax engine may be thrifty on fuel, but it’s also expensive to buy. Dull throttle response is another drawback of this diesel.

For starters, the Duramax doesn’t always feel very powerful, even though its peak torque rating is 369 lb-ft. Beyond that, it’s just so-so for fuel-economy (though Consumer Guide did see almost 3-mpg better mileage with a nearly identical GMC Canyon driven mostly at highway speeds), and it is expensive. The turbodiesel added $3905 to the cost of the test truck, which otherwise would have come with the 305-horsepower V6.

Green-light sprints have never been the strong suit of diesels, but the test Colorado was noticeably reluctant to react to the accelerator. Midrange performance was a little better. Once at highway speeds, a determined press of the pedal is followed by a wisp of a wait for the turbo to kick in, and then the pace picks up. Diesel-truck owners who like their diesel truck to sound like a diesel truck won’t be disappointed with the Colorado. There’s a healthy dose of clatter upon start-up. EPA ratings for the turbodiesel/six-speed automatic powerteam are 20 mpg in city driving, 29 on the highway. With 80 percent city-style driving during a 124-mile stint, this reviewer averaged 23.6 mpg—fractionally better than the feds’ combined-mileage estimate—but that was with no load and just yours truly aboard. (The Duramax is outfitted for towing, with a tow/haul mode, trailer-brake controller, and exhaust brake included in the option price.)

In most other respects, driving the 2016 Colorado was a reprise of the 2015 test: 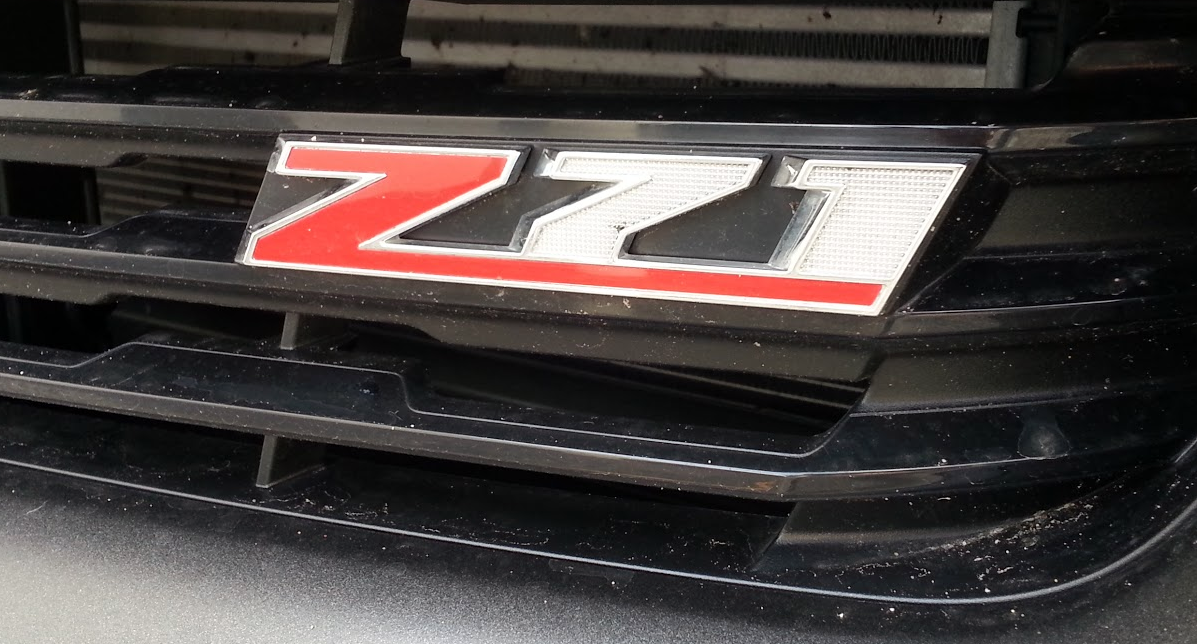 The Z71’s off-road suspension may make the Colorado more trail worthy, but it has a detrimental impact on ride quality.

The 2016 starting price for the Colorado Z71 four-wheel-drive crew cab is up by about $500 from ’15, coming in at $34,640. That covers features like a 4G LTE Wi-Fi hotspot, rear-vision camera, bumper-corner steps, EZ Lift-and-Lower tailgate, automatic locking rear differential, transfer-case shield, hill-descent control, front recovery hooks, projector-beam headlamps, fog lamps, cast-aluminum wheels, automatic air conditioning, satellite radio, remote start, four-way power adjusters for both front seats, and sliding rear window. However, the test truck’s bottom line bulked up to a considerable $41,905 with delivery. The engine swap had the most to do with that, but an audio-system upgrade, navigation, a trailering package, spray-on bedliner, and bulky side assist steps (a dealer-installed item) all played a part. Still, for ride, room, and overall utility, the Chevy Colorado remains a top choice among smaller pickups.

My two takeaways from driving this diesel powered Chevrolet Colorado: First, the Duramax diesel is much more frugal when operating at highway speeds. While that’s true of most engines, the 24.8 mpg we saw in a test GMC Canyon driven mostly on the Interstate is pretty impressive for truck of this mass. Second, I really dislike what the Z71 suspension setup does to the Colorado’s ride. And, as I have driven a non-Z71 Canyon off road, and been impressed by its capability, and I don’t even see the value for anyone but serious rock pounders. All that said, I really like these trucks. I will pass on the diesel and its stiff $4000 levy, and stick with the smooth, potent, and not unfrugal V6. 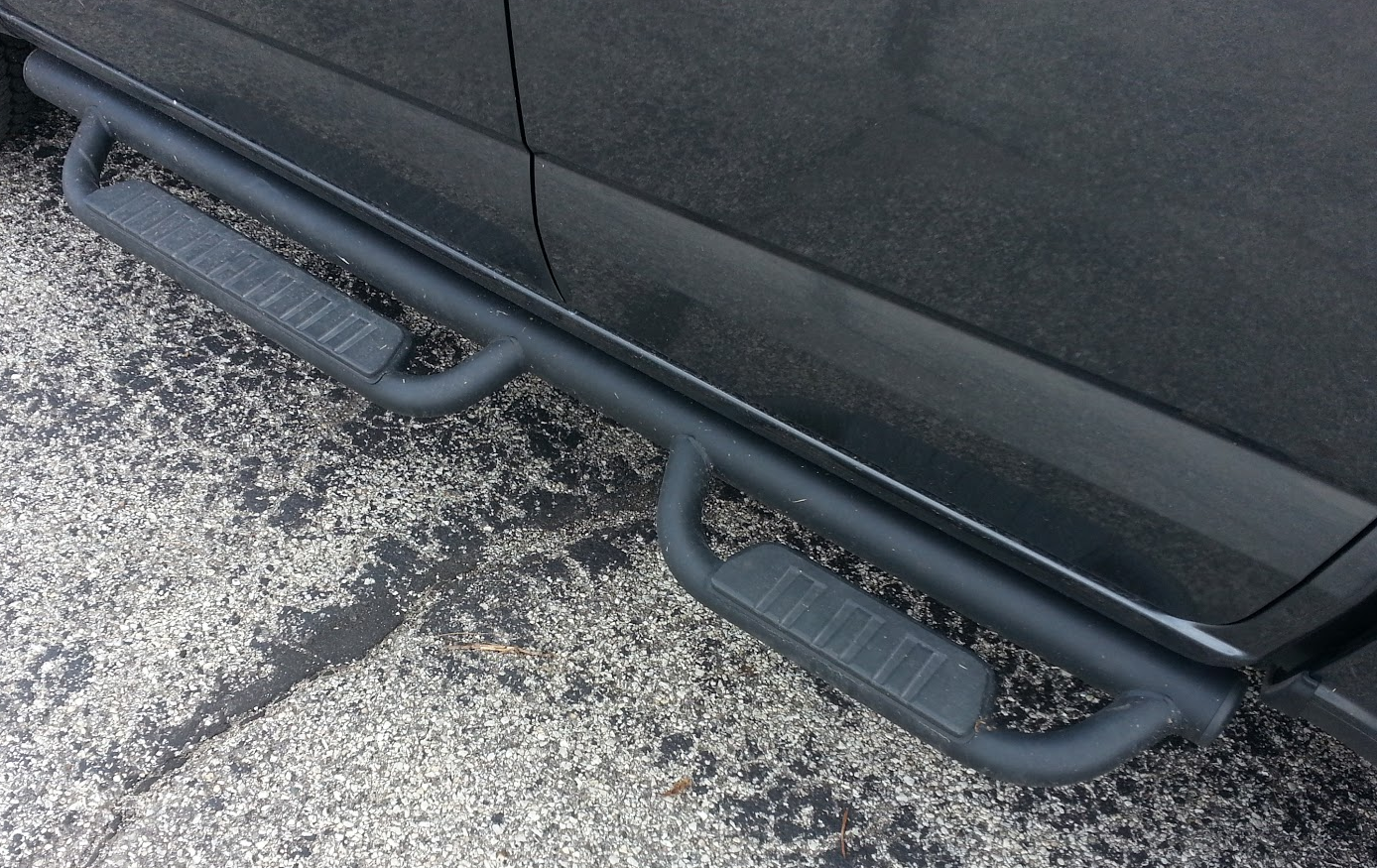 Colorado’s available assist steps are perfect for shorter folks, but are smudge threat to the pant legs of taller passengers.