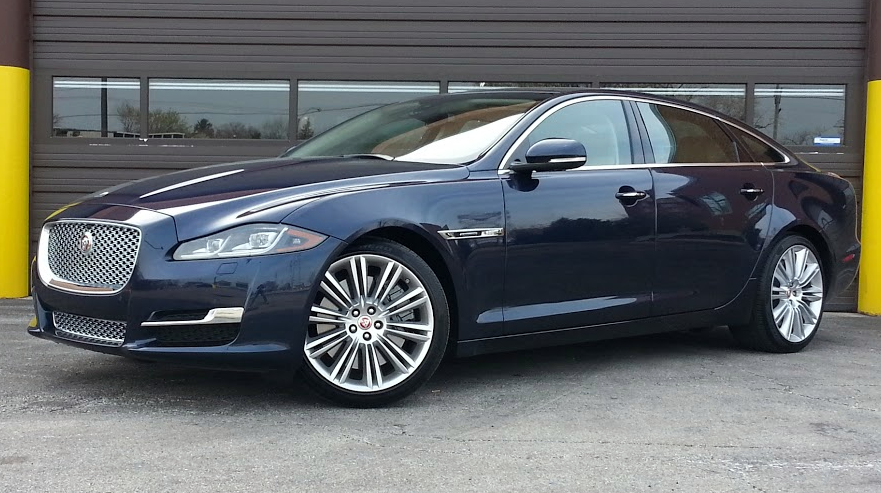 The not so good: Old-school fuel consumption

Jaguar’s biggest sedan is large and luxurious, and with a supercharged V8 underhood it’s quite the goer, too. That’s no newsflash; the XJ Supercharged has been this way for some time now.

Subtle is the word for what happens to the car for 2016. Front and rear styling is touched up, and there’s a shift to LED headlights. Inside is a new infotainment control system accompanied by a Wi-Fi hotspot. Rear-wheel-drive XJs adopt electric power steering. Meanwhile, available new convenience features extend to a surround-view camera and semi-automatic parking capability. If you can stand any more excitement, the warranty has been increased to five years or 60,000 miles. 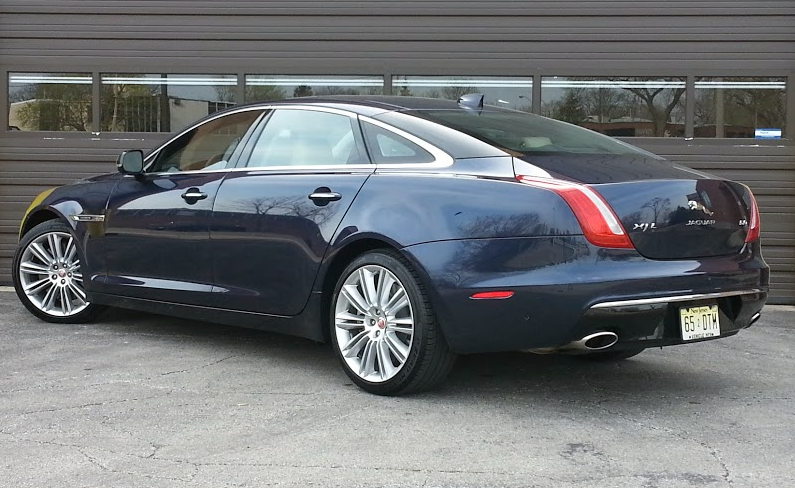 The XJ’s low-slung roofline gives it a rakish profile–at only a slight cost to occupant headroom.

A blown XJL like the one Consumer Guide® editors tried out has a starting price of $95,000. That “L” stands for “long.” Wheelbase is 124.3 inches, which is 4.9 inches greater than the stretch under a standard-length XJ. (Jaguar charges an additional $3000 for the added room.) Legroom is plentiful in either row, but a big driveline tunnel and stingy cushioning makes the rear center seat uncomfortable. If personal space is a luxury, then this is a luxury car that delivers on that. The car’s low roofline doesn’t do much to harm headroom in either row. Seating positions are fairly low, which maintains decent overhead clearance. However, driver vision suffers somewhat from the low windows and slope of the rear roof pillars. 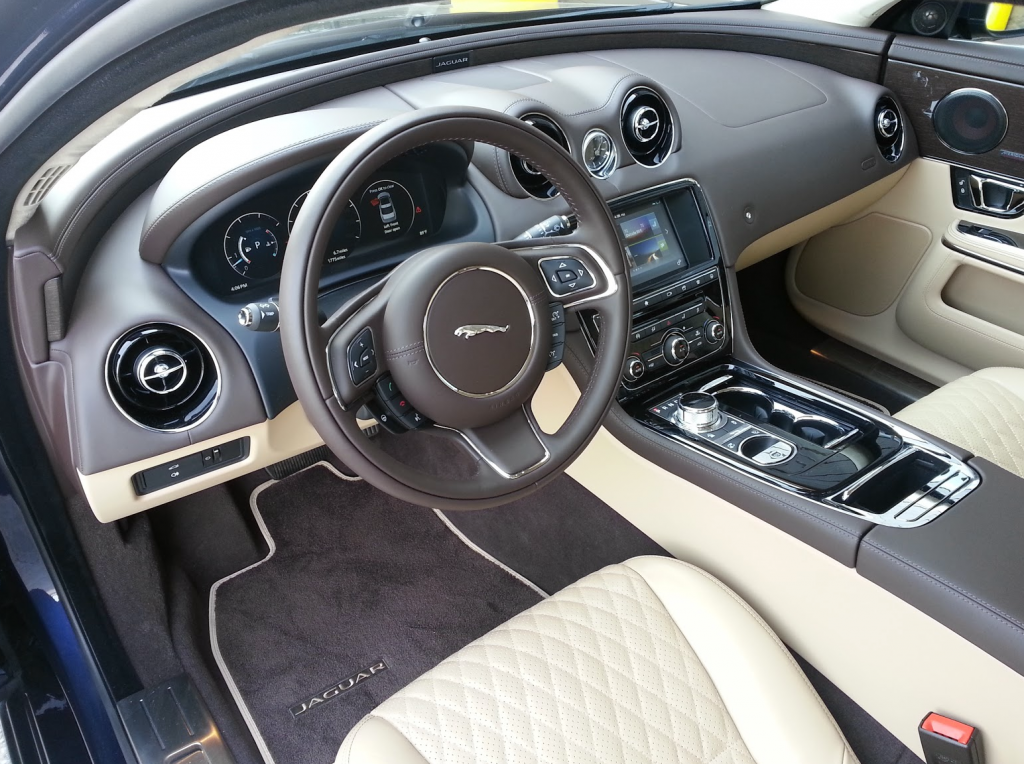 The XJL’s regal, luxuriously finished cabin is everything we’ve come to expect from late-model Jaguars.

About that new infotainment surface. . . . At first glance the display on the large, colorful touchscreen looks to be organized somewhat like the one in the smaller XF sedan that CGers drove recently. However, in this driver’s experience, it wasn’t as intuitive to use—at least for audio settings. You definitely have to read up on the proper method to save station “favorites.” Fortunately, there’s no menu-happy remote central controIler, and it works exactly as described in the manual. Unlike some cars’ systems, though, you’ll never guess how just by looking at the screen and tapping on what looks like the likeliest choice to get the job done. Climate-system temperature settings are adjusted by rotating dials, but other climate controls rely on buttons, and some cabin-comfort features like front-seat heating/cooling have to be manipulated through the touchscreen.

There’s no shortage of luxury to the touch in the XJL. Materials and assembly are top-shelf. Big wood “planks” on the door panels are linked by a band of veneer that wraps over the top of the dashboard below the windshield. Substantial padded surfaces cover the dash panel and doors. Passengers rest on comfortable and supportive perforated-leather seats that are heated and cooled in both rows. A power rear-window shade is standard. So is an 825-watt 20-speaker Meridian audio system.

The 5.0-liter supercharged V8 pours out 470 horsepower through a cream-smooth eight-speed automatic transmission. Around town the engine can be docile and quiet, but it is ready for rapid and ample passing power—and with an exhaust note that comes with a little hair on it. A tap of a console button for the “JaguarDrive Control” system lets drivers switch into either “Dynamic” or “Winter” mode. The former modifies transmission shift points for a sportier experience. (It also casts a red tone over the virtual instrument displays and slides the speedometer to the side while moving the tachometer to the center.) The latter mode eases throttle application when slippery conditions call for more cautious starts. 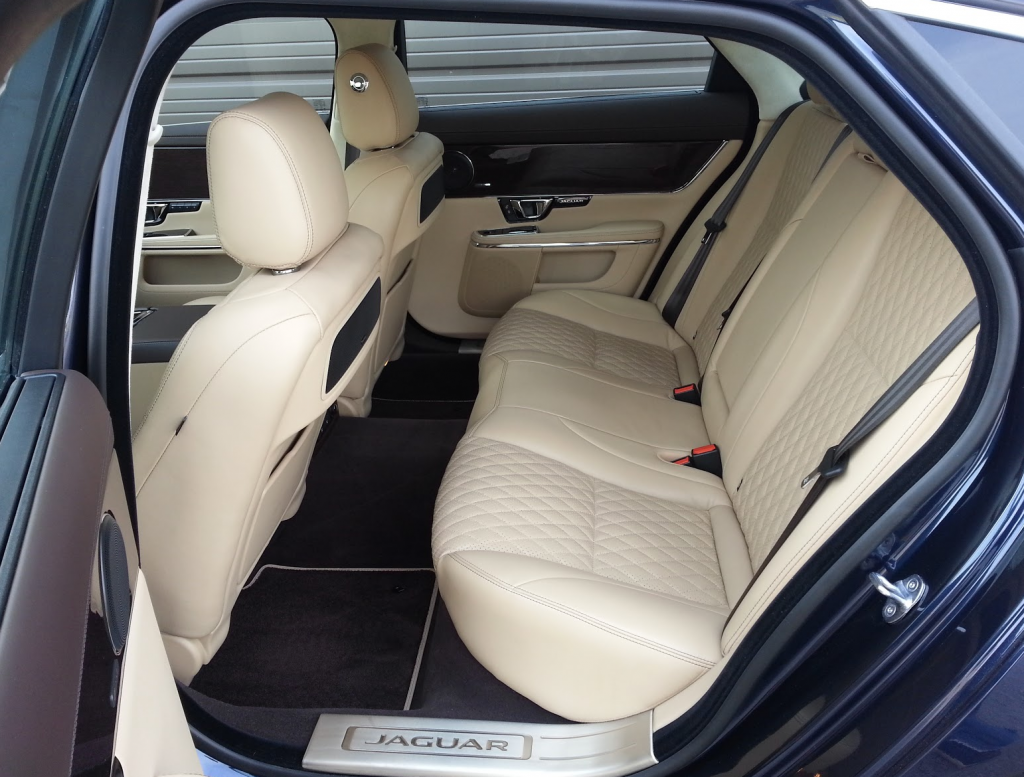 The hot-to-trot powerplant can be a big eater. This driver’s 137-mile test stint, carried out in 70-percent city-style driving, and with some time in Dynamic Mode, worked out to 16.3 mpg. Relative to the car’s EPA estimates—15 mpg city, 23 mpg highway—that’s not bad, but it’s still not great. In an effort to help out with the fuel bill, the car includes a stop/start feature for full stops in traffic. The stop/start function is in effect whenever the car is started, but it can be switched off via a button on the dash.

Steering is communicative and nicely weighted for precise but still fairly easy operation. The long wheelbase softens the ride, even with standard 20-inch wheels at the corners, but it does make the XJL a little difficult to line up when staking out parking-lot spaces. Braking is responsive and linear.

As for convenience, there are big pockets in all four doors, though none are configured with bottle holders. The glove box is pretty big, and the console box is segmented to hold objects of various sizes, as well as house USB/auxiliary/power ports. Two covered cup holders are in the console. The rear seat has a pull-down center armrest that opens in two portions to expose a little bit of personal storage space and two cup holders. There are pouches affixed to the backs of the front seats, and rear passengers have their own climate and seat-heat controls.

Trunk space is a little skimpy for a car in the premium-large class. A tall lip at the back results in a high liftover, and the floor is an uneven shape that narrows between the wheelhouses. The rear seat is fixed in place, so cargo room is what it is. On the good side, the power decklid does open to full-vertical position, and has covered hinges to protect from damaging cargo. 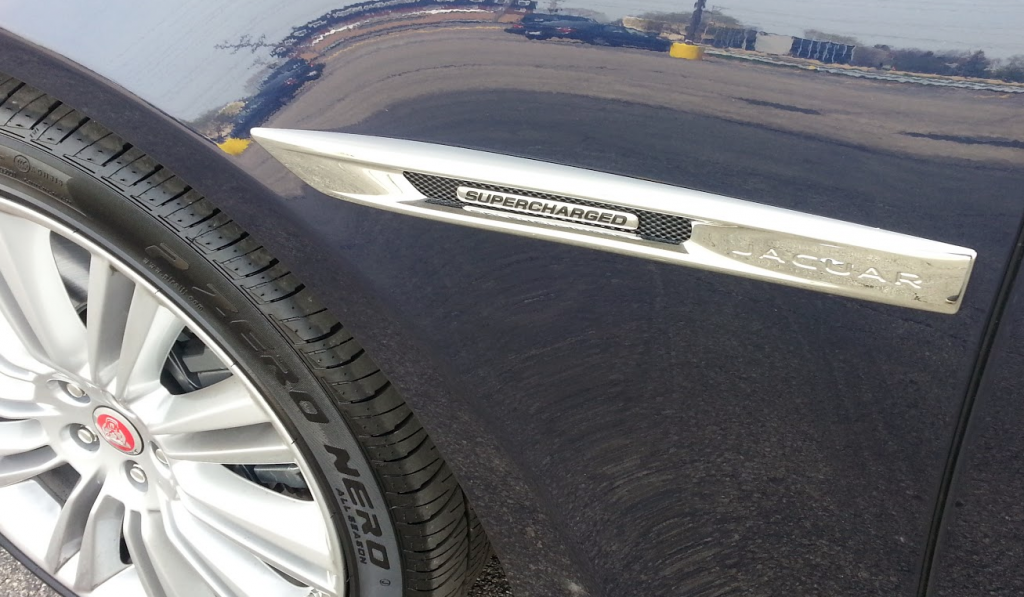 Though both V6- and V8-powered Jaguar XJs are supercharged, only V8 models are dubbed “Supercharged.”

Overall, the 2016 Jaguar XJL is a lively and comfortable driver with a lot of style—even if that style extracts a few compromises. It’s priced well for its class, to boot, especially with its new features. That may be news worth spreading.

The XJL’s added length is evident when the car is viewed in profile.