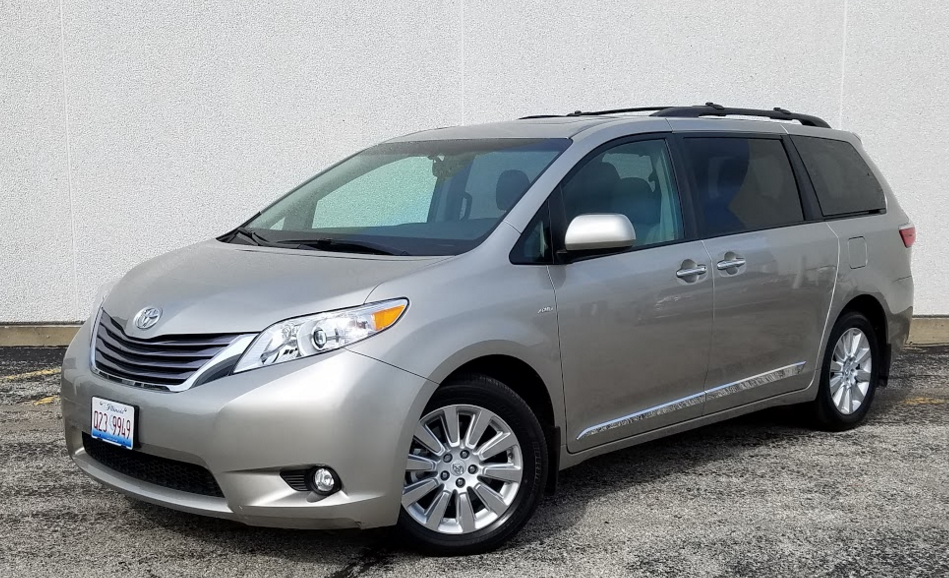 Although a base Sienna starts at less than $30,000, our test all-wheel drive Sienna XLE Premium listed for $42,761 with destination and about $1000 worth of options.

The not so good: Ride is a bit stiffer over bumps than rival minivans 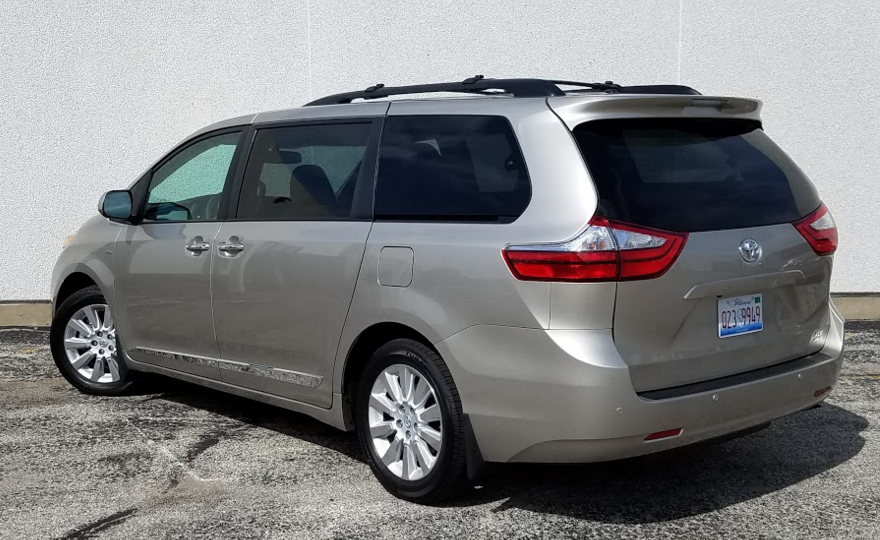 Our 20.06-mpg average in 35 percent city driving jibes with the 19-mpg-combined EPA estimate.

Here at Consumer Guide® we can only imagine what the product-planning meeting for the 2016 Toyota Sienna must have been like. After driving a ’16 Sienna we expect the thought that carried the day was, “Whoa, folks, let’s not get crazy here.”

Having tightened up its body structure and tidied up its interior for 2015, the Sienna has very little that’s new for this year. Technology advances include an updated Entune multimedia system with Siri Eyes Free capability. Some models have the capability to link with smartphone navigation. Of course, that means Toyota didn’t tinker with the Sienna’s comfortable and adaptable interior—and it still has the only entry in the current minivan field that can be ordered with all-wheel drive. 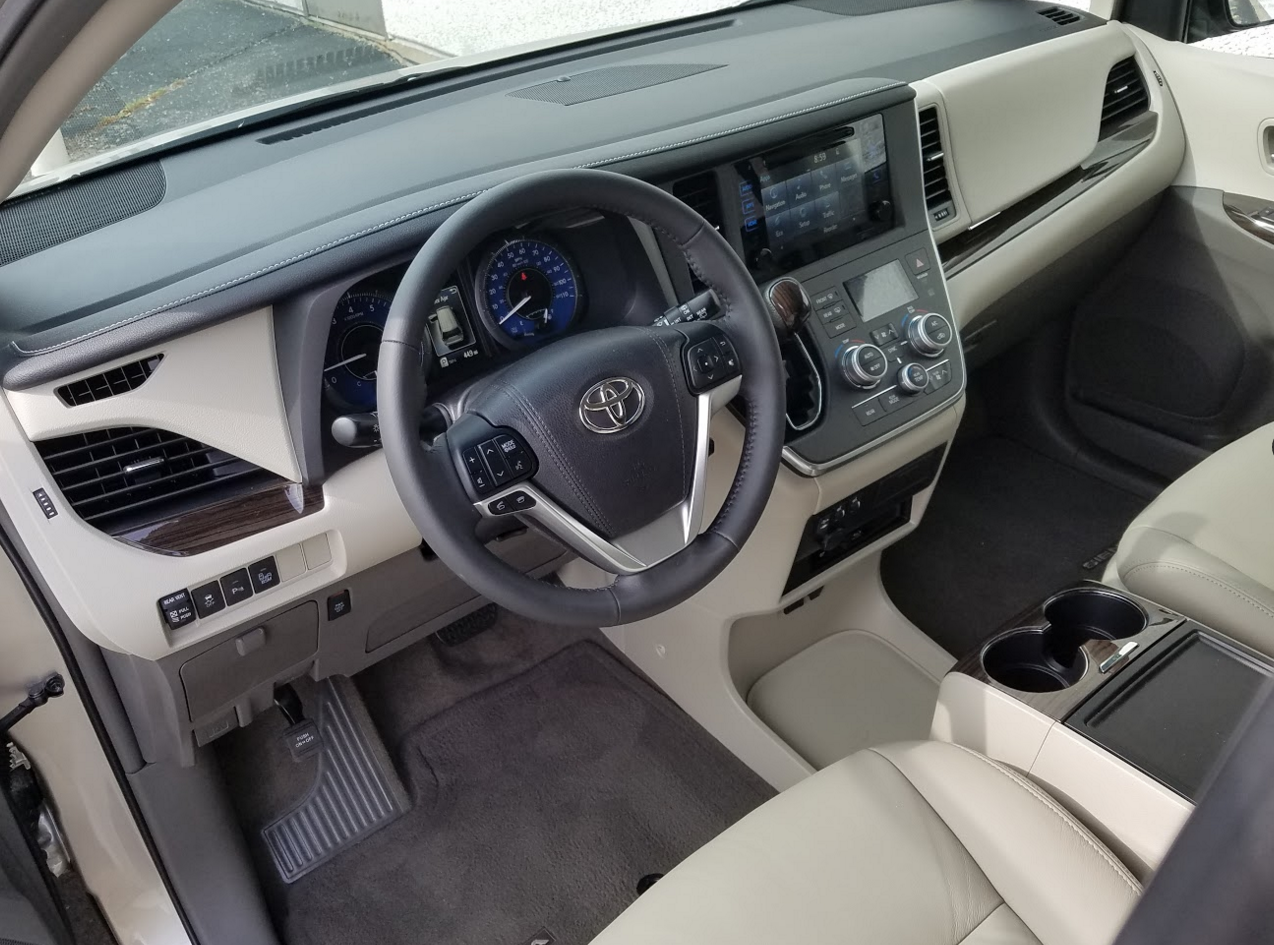 The interior of our test XLE Premium featured wood trim and a two-tone color scheme that made for an attractive overall appearance.

As they did in 2015, CG editors tested a Sienna XLE Premium with AWD. Getting a little app-happier for 2016 didn’t change the fundamental driving experience. The biggest impact may be on the window sticker: At $40,815 to start, this model costs $260 more than it did in ’15.

The power source is a now-familiar 266-horsepower 3.5-liter V6 hooked to a six-speed automatic transmission with good power and generally quiet operation. Prompt transmission kickdown means few worries for passing. If anything was different for this driver—and in a good way—it was fuel economy. He averaged 18.2 mpg from a trip of 161.7 miles, 75 percent of that under city-driving conditions. That was about 2.5 mpg better than he did with the 2015 model, and it was more in line with the EPA projections of 16 mpg city/23 highway/19 combined.

Of eight Sienna trim levels, the XLE Premium is one of five that comes in a choice of front- or all-wheel drive, the latter with active torque distribution to the wheels as conditions dictate. Ride is moderately firm and well composed with not a lot of excess body motion. However, while not ponderous to steer, the Sienna isn’t exactly nimble. 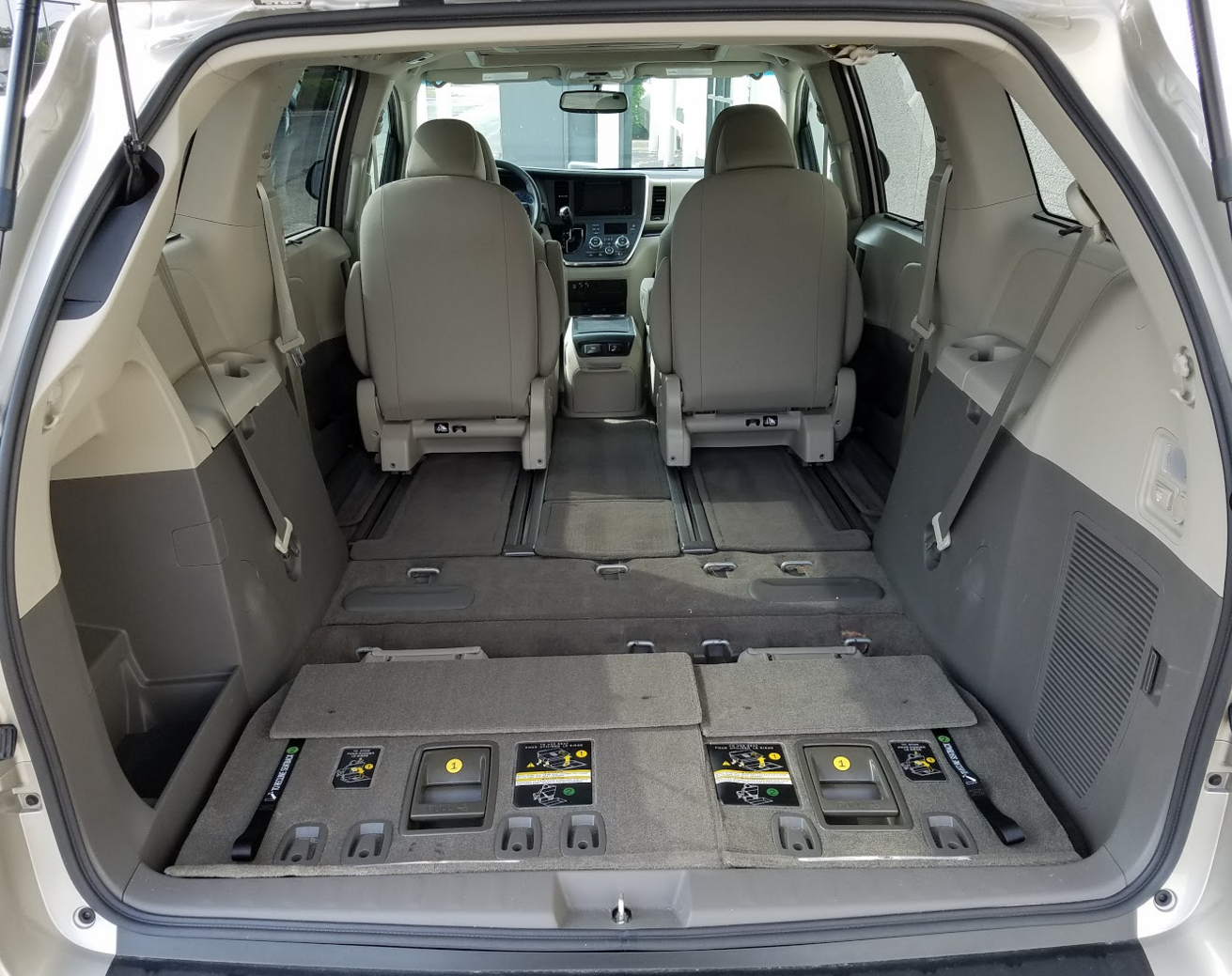 Along with a third row that folds into the floor, the second-row seat cushions flip up and the seats slide forward to create a large, nearly flat-floor cargo area.

The sensibly laid out instrument panel features centrally located climate controls. The easily programmed audio system is managed through a seven-inch central touchscreen. Navigation displays and Entune apps show up here, too. The area between the speedometer and tachometer dials contains a thin-film-transistor display of vehicle-status information.

Cabin materials have a nice look and feel with plenty of soft-touch surfaces and polished-wood highlights on the dash and doors. There’s a pleasing level of cabin quiet.

First and second-row passengers enjoy plenty of room and comfort in captain’s chairs. Second-row seats have a surprisingly long track that ought to make even the lankiest occupants feel welcome. The retractable third-row seat rises high enough off the floor for long-haul adult riding comfort, and three youngsters will fit across the rear seat. Access to the third row is unencumbered thanks to a wide pass-through between the middle-row seats. 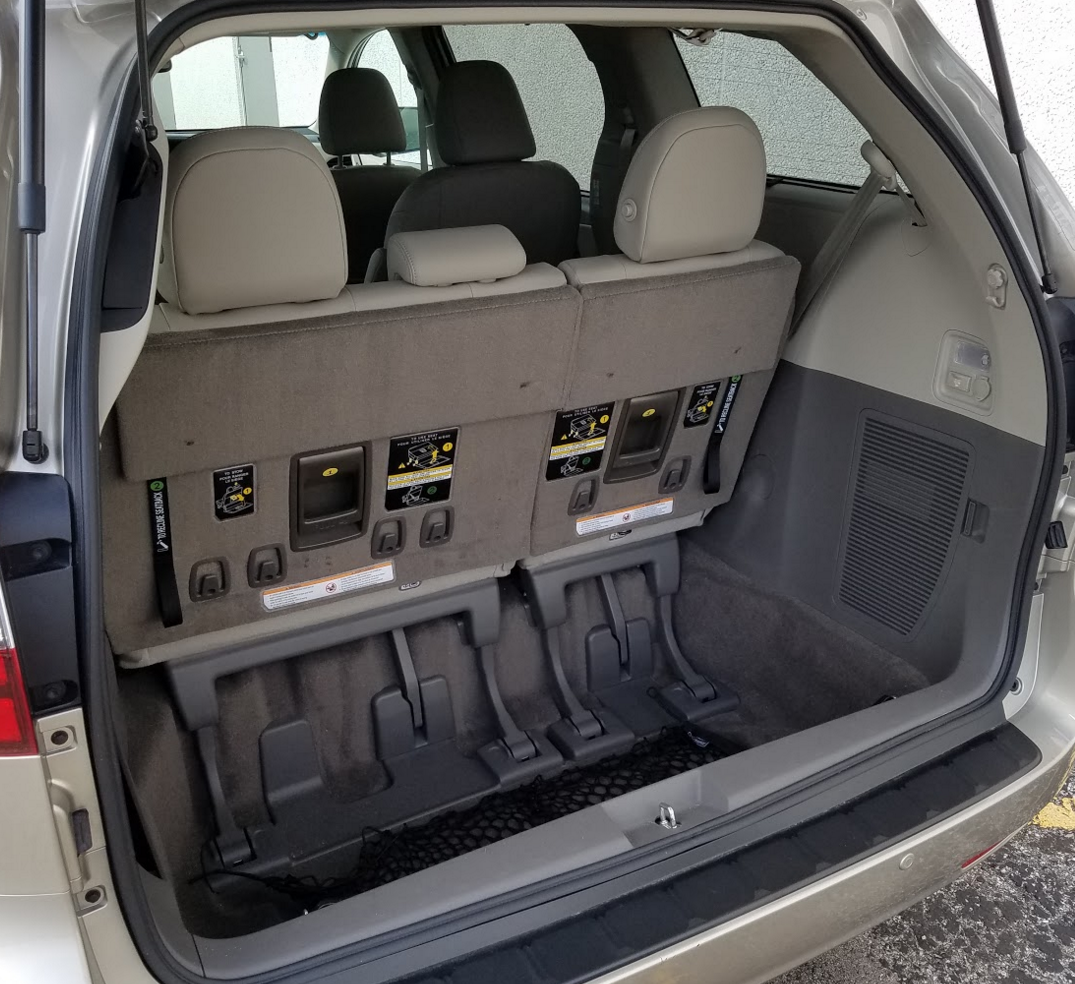 When the third-row seats are deployed, there’s a large, deep storage bin behind them.

The rearmost seats are split 60/40. With the backs folded, they retract rearward to form a bumper-height load floor. A pull of a lever to raise the seat back and a push turns retracted seats back into seating. When the seats are up, cargo space doesn’t go too far forward, but a well in the floor is exposed, which frees up some additional cargo space. There’s lots of glass area, so driver vision is fairly good all around—though if third-row headrests are left up they obscure the straight-back view.

Cabin storage benefits from a good-sized glove box and very deep covered console box. There are two open cup holders in the console and two more that pop out of the instrument panel. A large “purse patio” resides on the floor below the instrument panel, a pull-out drawer left of the steering wheel incorporates a coin sorter, and long door pockets feature bottle holders. Bag hooks and pouches are affixed to the backs of the front seats, and middle-row occupants are further served by door pockets and a pair of cup holders that pop out of the back of the console at floor level. The third row features dual cup holders molded into each side panel and covered compartments for entertainment-system headphones or other small items. 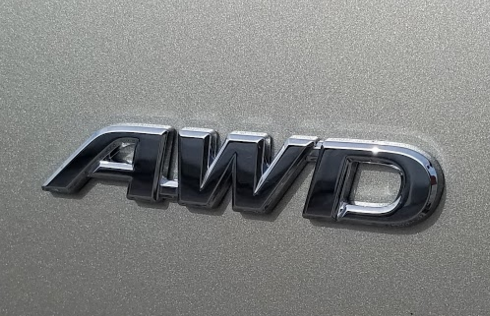 If there’s a standout feature of the Sienna, this is it, as it’s the only minivan to offer all-wheel drive.

Even if the product planners didn’t get carried away, Sienna customers still can. Limited and Limited Premium models—the latter starting for more than $46,000 with all-wheel drive—offer even more luxury.

Chrysler and Honda dominate the minivan segment, but the Sienna is a strong contender that merits a long look — particularly if you reside in the snow states.