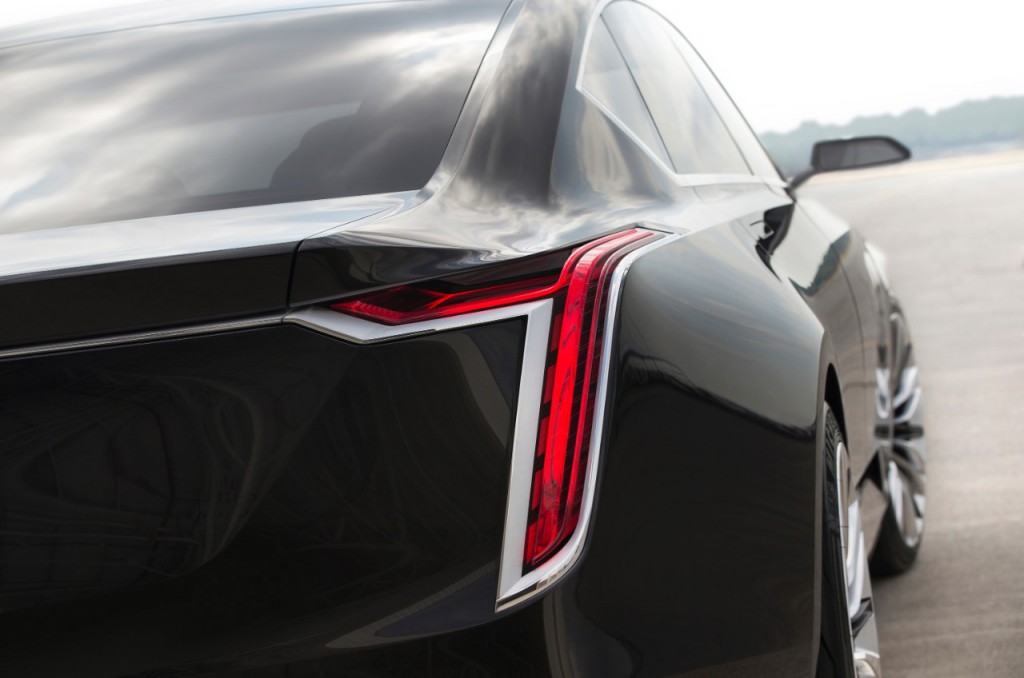 The Escala Concept debuts in California tonight, introducing the next evolution of Cadillac design and previewing the craftsmanship and technology being developed for many future models. Following a series of private previews, Escala will be displayed this weekend at the annual Pebble Beach Concours d’Elegance.

The Escala Concept previews the design and technical ideas driving the next phase of Cadillac’s ongoing expansion. 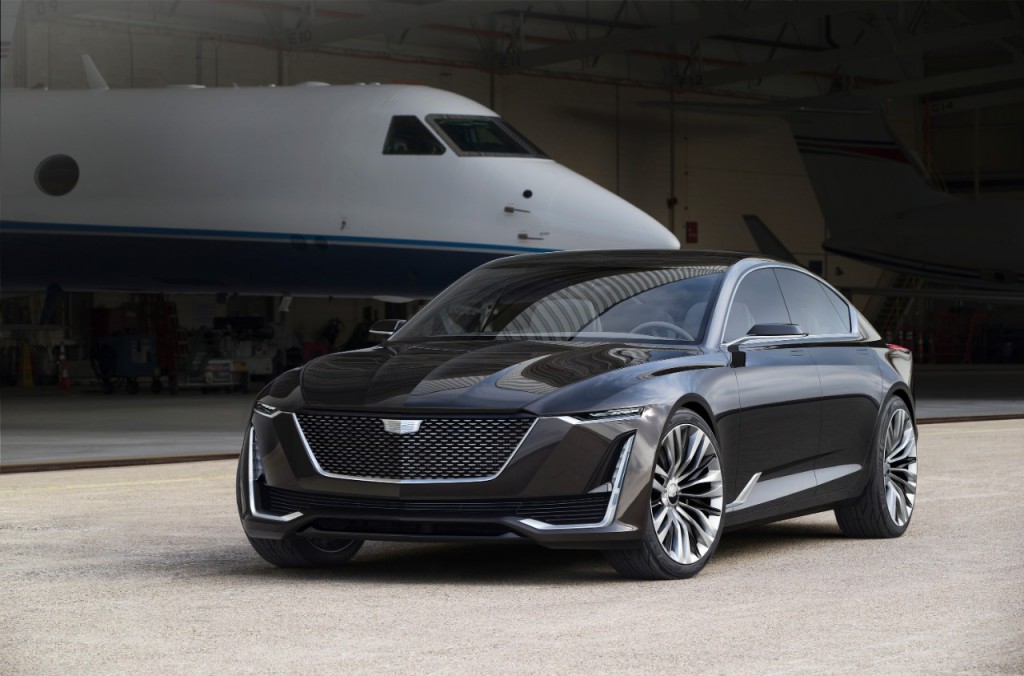 “Escala is a concept with two clear objectives,” said Johan de Nysschen, president of Global Cadillac. “First, Escala is a statement of intent for the next iteration of the Cadillac design language, and also technical concepts in development for future Cadillac models. Secondly, Escala builds Cadillac’s aspirational character, signaling the brand’s return to the pinnacle of premium.”

Cadillac has released a new slate of models bristling with expressive design and exhilarating performance, driver’s cars taking Cadillac into a new chapter of its storied 114-year history.

“Escala is a concept car, but one based upon the unrelenting rise of our product substance,” de Nysschen said. “Depending on the development of market segment for large luxury sedans, Escala is a potential addition to our existing product plan.”

Escala — Spanish for “scale”— is a concept for a larger, more elite and expressive companion to the recently launched 2016 Cadillac CT6, the brand’s remarkable new range-topping prestige sedan. Escala is also the third in a series of concepts Cadillac has debuted at Pebble Beach in recent years, following the Ciel convertible (2011) and Elmiraj coupe (2013).

Escala is designed to be both a driver’s car and an indulgent flagship sedan. The large 4-door sedan features an expansive liftback design emphasizing the car’s considerable scale and versatility. At 210.5 inches in overall length, Escala is roughly 6 inches longer than today’s CT6.

Escala features a new and evolved face of Cadillac design that will begin appearing on production models soon. This includes a new expression of Cadillac’s vertical lighting, a brand signature since 1948. Organic light emitting diode (OLED) lighting elements are thinner and set deep within the fascia, creating a sinister look, day and night.

The concept’s details invite closer inspection, including a three-dimensional precision pattern in the grille design and 22-inch wheels with two layers of spokes. 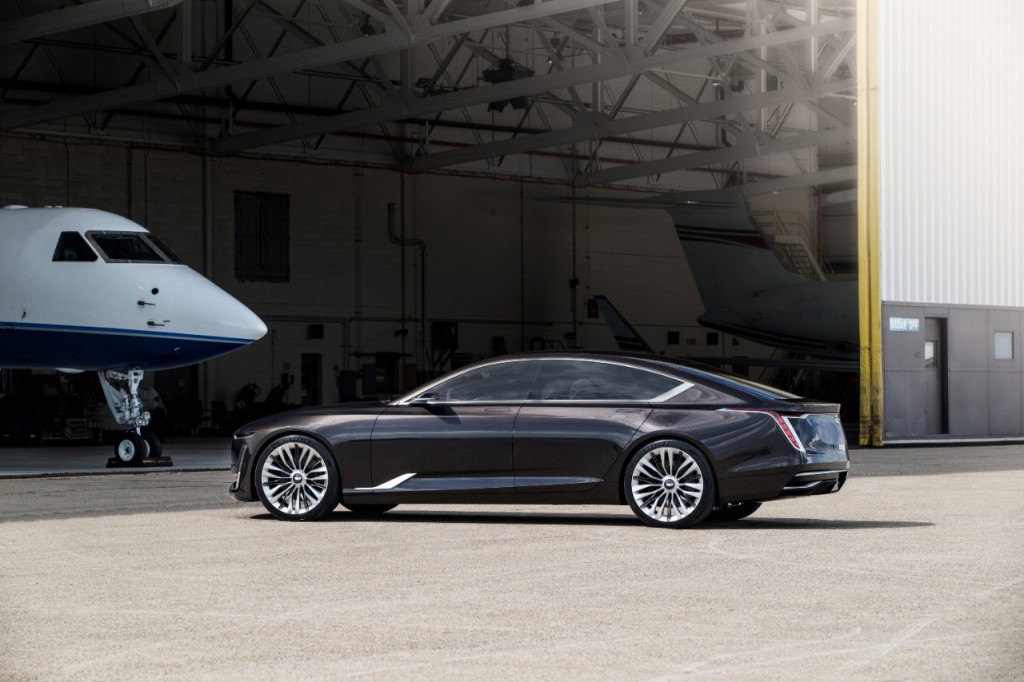 “This concept shares how Cadillac will bring forward a new experience that is uniquely American, and unmistakably Cadillac,” says Andrew Smith, executive director of Cadillac Global Design. “Escala is an expressive symbol of reward and an exhilarating driving experience. On the interior, we pushed further. It’s about precision and ingenuity in craftsmanship, and the artistic integration of technology.”

“My brief to the designers was to create a car you desperately want to drive, and also one in which you want to be driven,” Smith said. “So rather than a single design, this interior consists of two themes. It was an opportunity for our designers to break the rules a little bit, exactly what Cadillac should do from time to time.”

An array of three curved OLED screens is a prominent feature in the front of the cabin. The very thin, curved displays are layered in front of the driver, with the back sides wrapped in hand-stitched leather embossed with the Cadillac script. The array of screens consolidate the traditional “cluster” of driving gauges with the “center stack” into one integrated unit.

Escala includes new designs for connectivity and control, providing a prototype for the user experience in development for future production models. The system features a central control module that enables the driver to execute tactile commands across the spectrum of connectivity functions, in addition to voice and gesture control technology. Inside the controller sits a new edition of Cadillac’s “flying Goddess” icon, a nod to the brand’s illustrious heritage.

Like all Cadillac models today, the interior is assembled using hand cut-and-sewn techniques. However, Escala presents several new and unique touches, blending overt luxury with covert technology. Escala makes broad use of hand-tailored fabric on the door trim and seating areas. Inspired by suiting material used by Cadillac’s partners in the fashion industry, the fabric provides a new level of hand-applied craftsmanship and color, unique in today’s auto interior landscape. 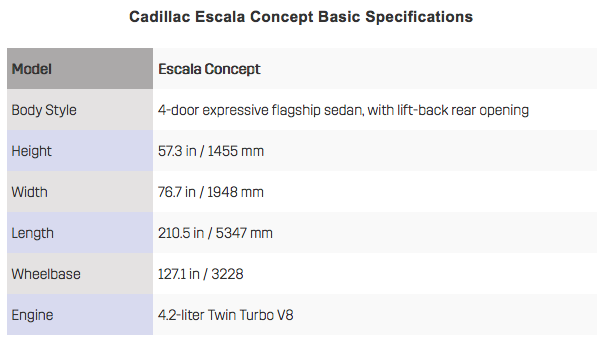