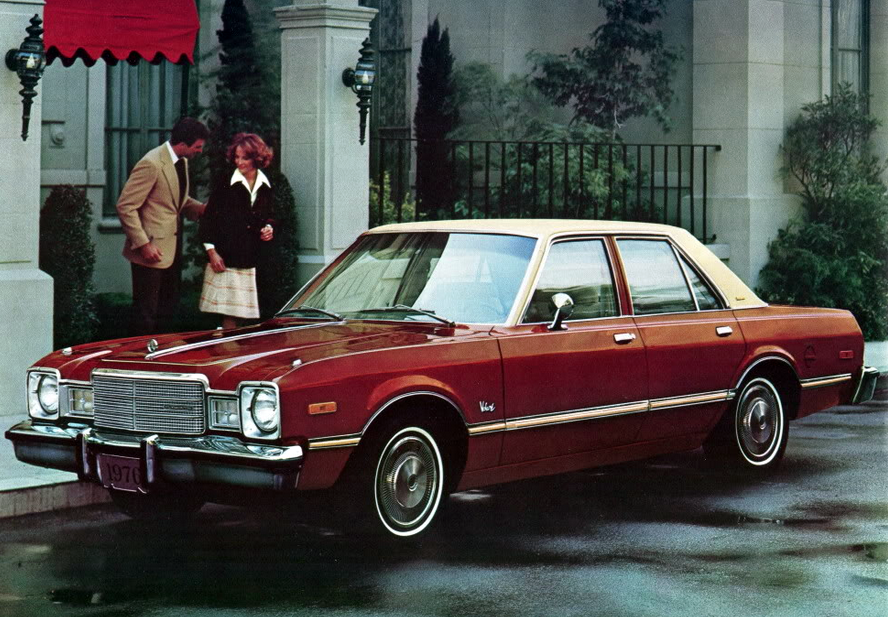 Plymouth became a stand-alone brand in 1929. For a year prior, said vehicles were branded Chrysler-Plymouth and sold as more affordable alternatives to the pricer Chrysler cars they were sold alongside.

Plymouth’s market position was cemented permanently by marketing that branded it as one of the “low-cost three”–the remaining members of that trio being Chevrolet and Ford, of course.

The brand’s 72-year run came to an end after the 2001 model year, a year in which it offered only three models: the compact Neon, the undistinguished Breeze midsize sedan, and the rather outrageous Prowler roadster. The Prowler would survive another couple years badged as a Chrysler, while a carbon copy of the Breeze was already being sold by Dodge as the Cirrus.

Though the pickings were slim for 2001, the Plymouth lineup had been decidedly more robust at earlier points during its run. Here we’ll take a closer look at 1976–an interesting year for Plymouth, as the brand was phasing out one line of compact vehicles while easing in a new nameplate.

We’ve including a couple of brand outliers here too, though two are technically trucks and one a rebadged import.

The Plymouth brand moved about 520,000 units for 1976–enough to qualify for sixth overall among domestic brands, placing it between fifth-place Buick and seventh-place Mercury overall.

If you have any firsthand experience with one of these vehicles, please tell us about it. We’d love to hear it. 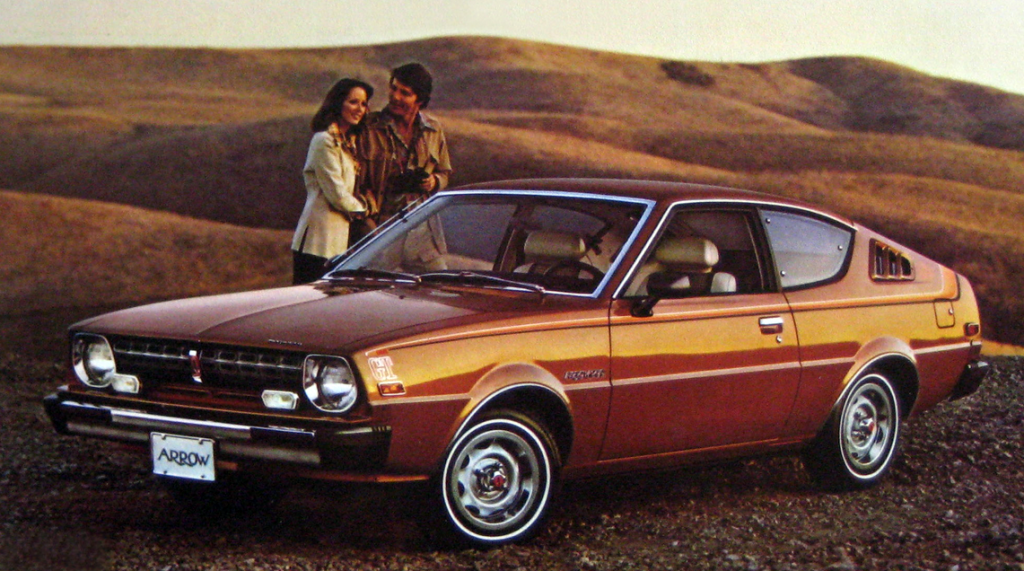 Built in Japan by Mitsubishi, the Arrow was among the first of what would become a wave of “captive imports.” Generally well reviewed and well liked by owners, the Arrow sold reasonably well and gave Plymouth a fuel-economy leader it could crow about. Versions of the ’76 Arrow came equipped with balance-shafted engines, a feature that made the powerplants especially smooth and quiet. 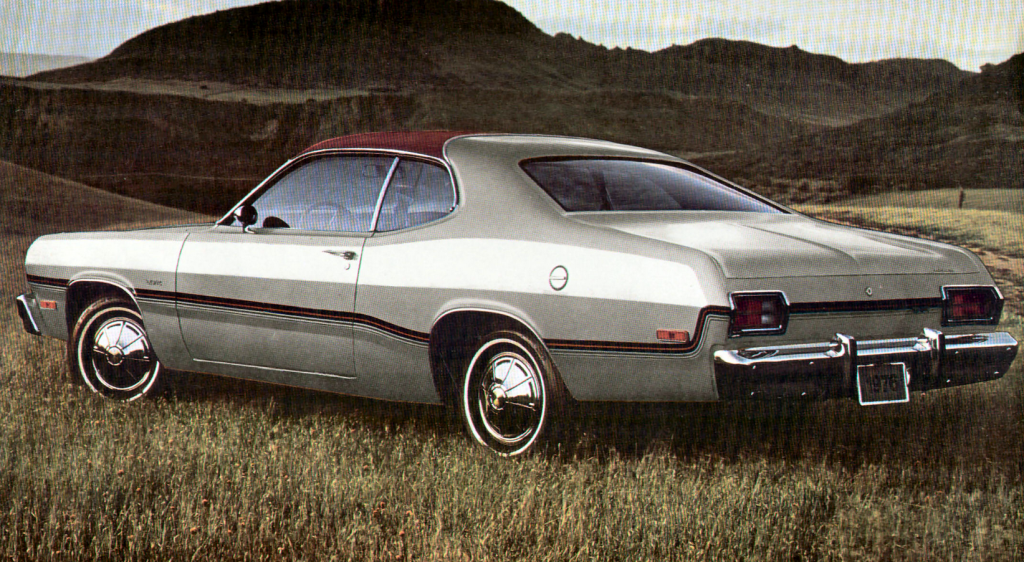 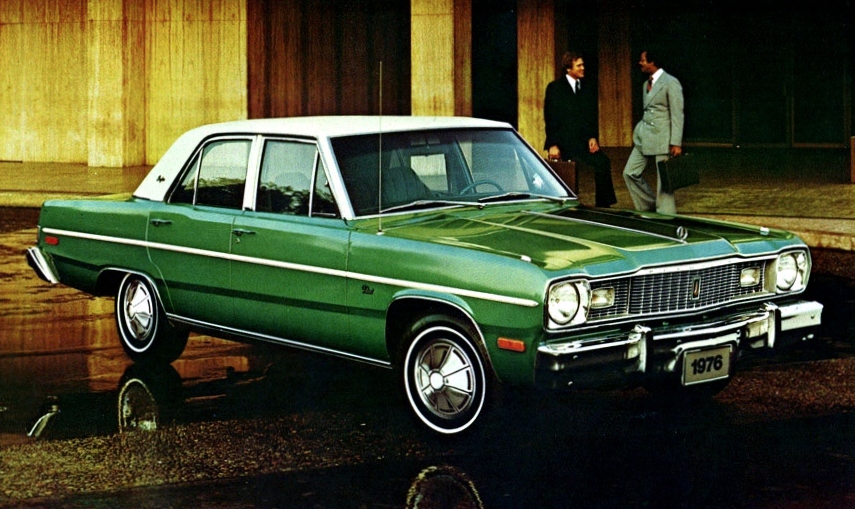 Though all three of Plymouth’s compact cars shared a common architecture, the rakish Duster rode on an exclusive 108-inch wheelbase, where the more formal Valiant and Scamp shared a longer 111-inch base. All three cars were on the way out, replaced by similar-looking models in the new Volaré line. Still, these functional compacts had their charms, not the least of which was an available 360-inch V8 with dual exhausts. 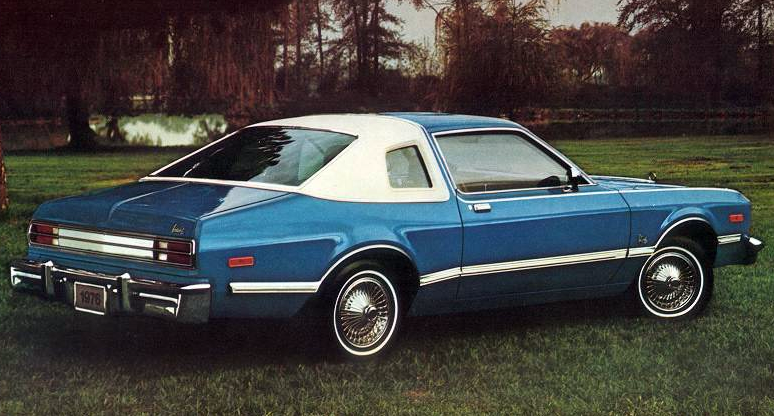 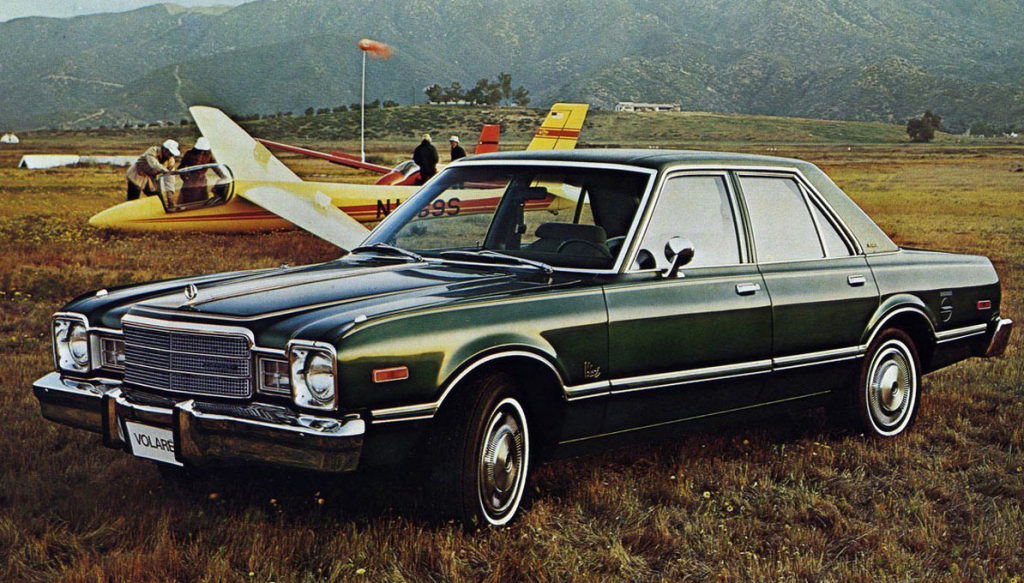 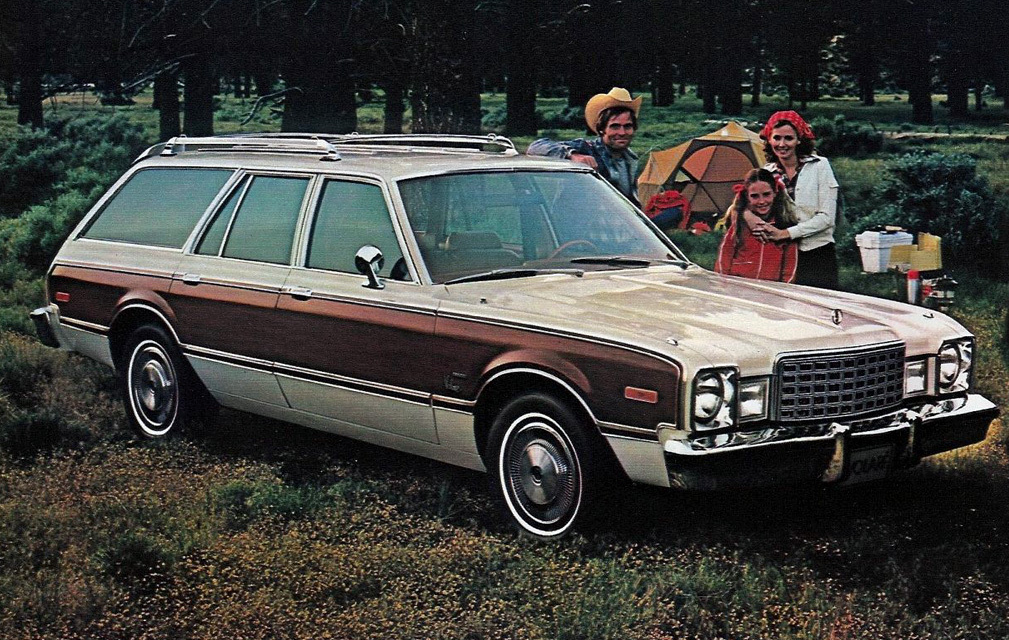 An evolution of the architecture underpinning the Duster/Scamp/Valiant lineup, the Volaré family of compact cars rode on wheelbases of 109 inches (coupe) to 113 inches (sedans and wagons). Volaré prices ran higher than contemporary D/S/V prices, though standard-equipment levels had risen on the new vehicles, offsetting sticker shock somewhat. With Volaré came Plymouth’s first American-made small wagon–a model that would prove fairly popular with buyers. 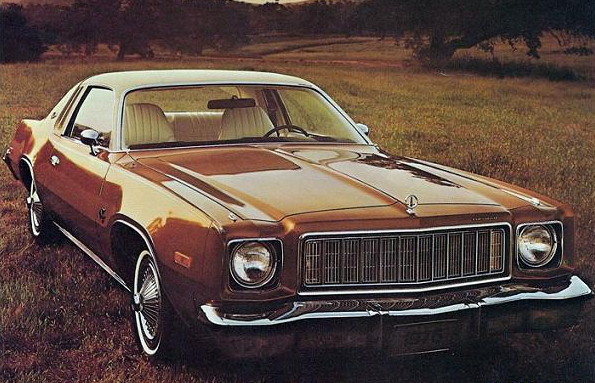 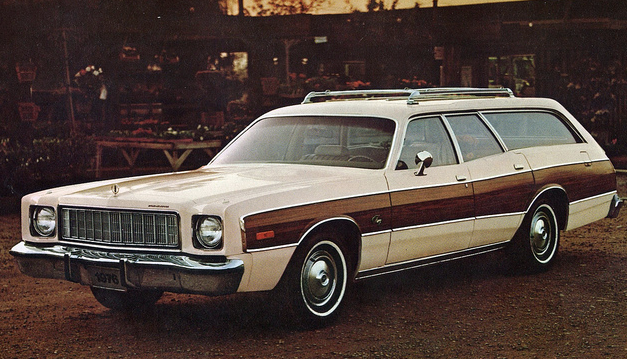 The heart of the Plymouth lineup, the Fury name plate included a coupe, sedan, and wagon. Available in all three body types was a 400-cubic inch V8. Good for 175 horsepower, the big V8 cost just $48 when ordered on wagons, a little more on other models. A 3-speed manual was still the standard transmission on coupe and sedan models. 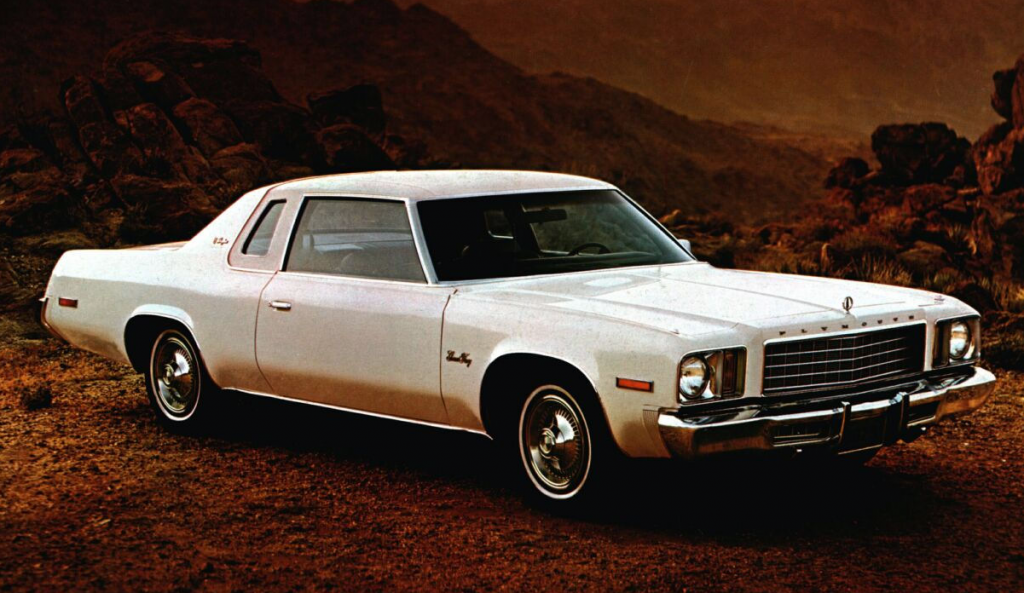 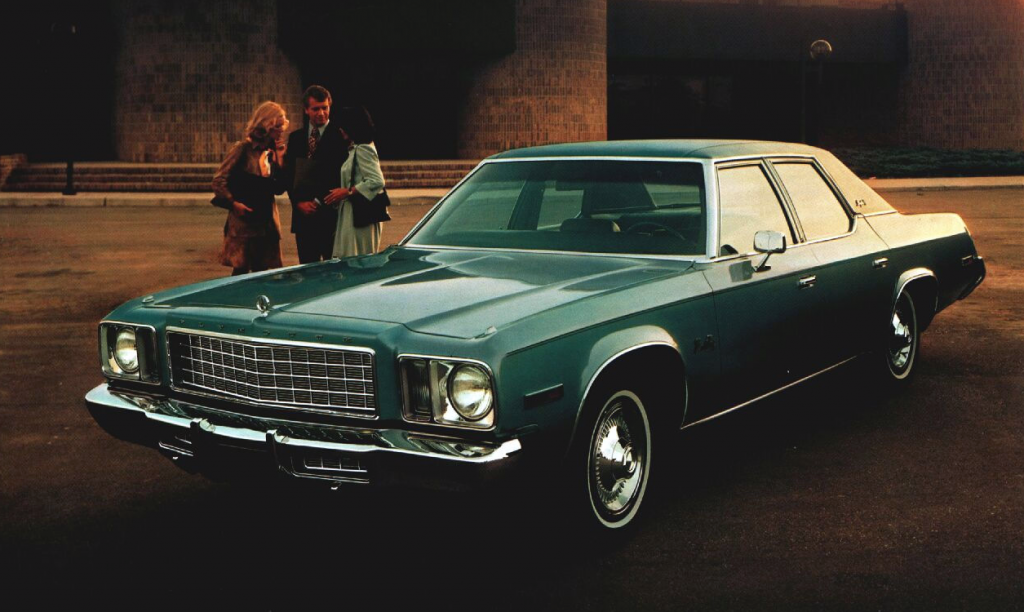 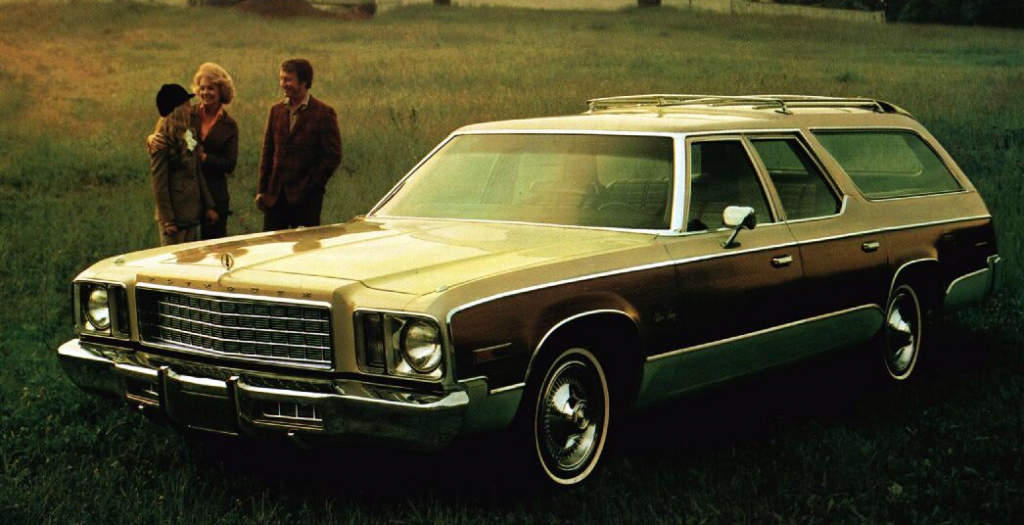 The 1976 Gran Fury family made for a fairly complex lineup, with eight trim levels, three body types, and four engines to choose from. Optional on most models was the massive 205-horsepower 440-cubic-inch V8. Gran Fury sales were weak compared to the big car offerings from Chevrolet and Ford. The best-selling Gran Fury, the Custom Sedan, rang up just 15,000 sales in ’76. 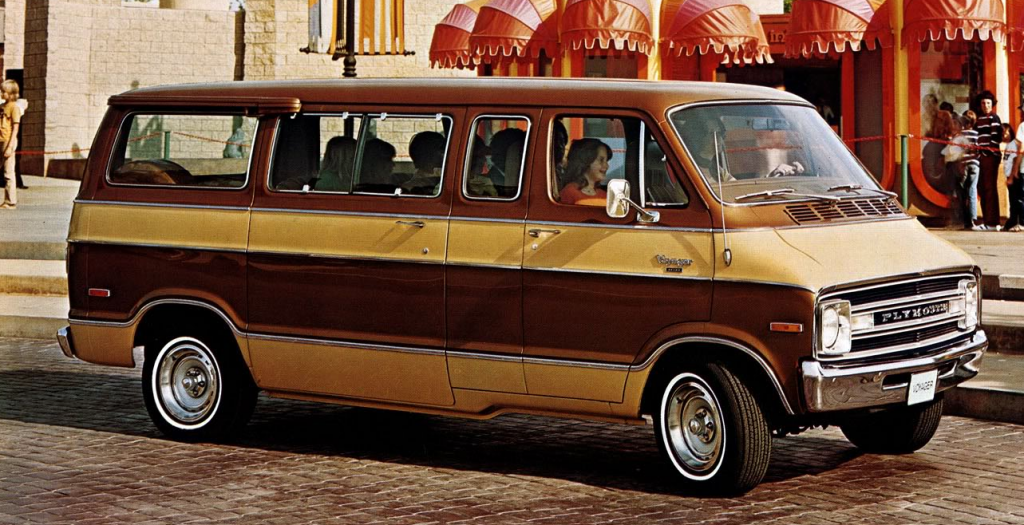 Long before there was a front-drive Voyager minivan, there was the equally family-friendly Voyager full-size van. Identical to vans offered by Dodge save for the grille treatment and a few badges, the Voyager gave folks with big clans to shuttle about an option other than wandering over to the Dodge store. 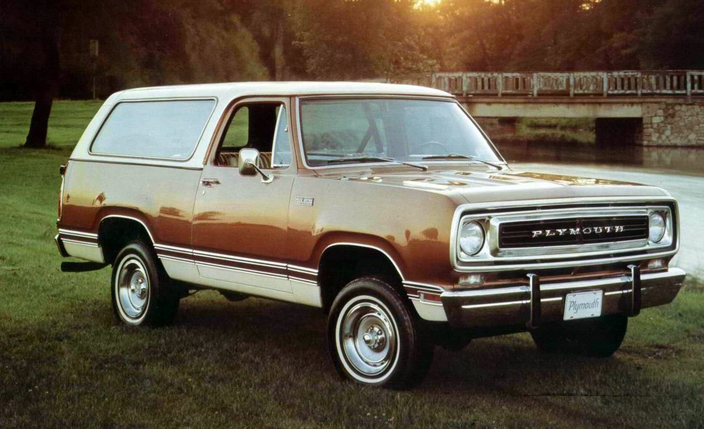 Like the Voyager van, the Trail Duster was a thinly disguised Dodge, in this case the Ramcharger. Sized and priced to compete directly with the Chevrolet Blazer, the Trail Duster counted on a unique grille and a couple of badges to distinguish itself from the much-brisker-selling Dodge. Power-hungry truck lovers could opt for the big 400-inch V8, though by most accounts the standard 318 did just fine for the day.