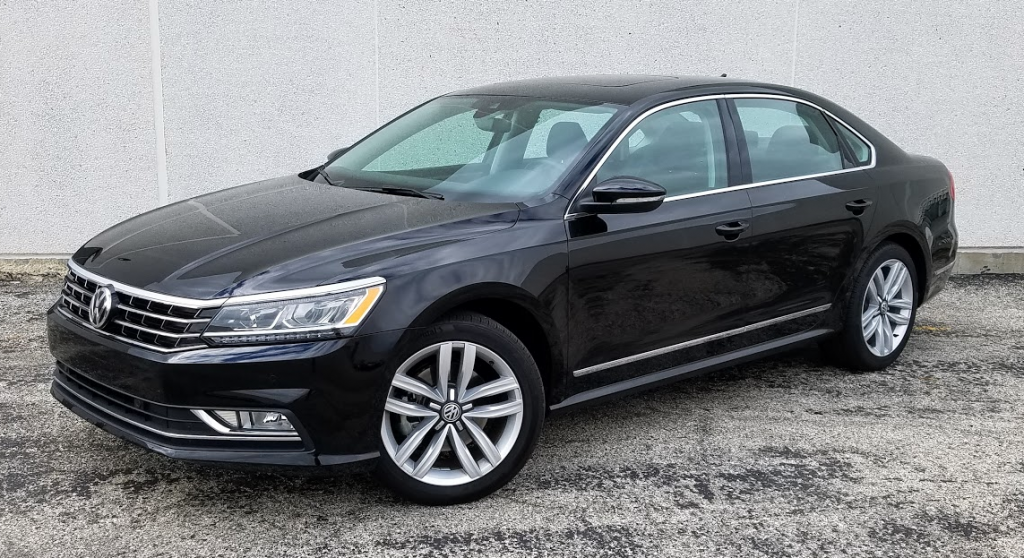 The not so good: Trunklid hinges dip into load area

It’s funny how this works sometimes. Consumer Guide®’s late-March to late-June extended test of a 2016 Volkswagen Passat was over. The well-traveled silver SE with Technology package was going home—or at least heading off to its next stop in Medialand. Yet it seemed as if the car had barely slipped out of sight around one side of CG Supreme World Headquarters when what’s this coming into the lot at the other end? Another Passat. . . . 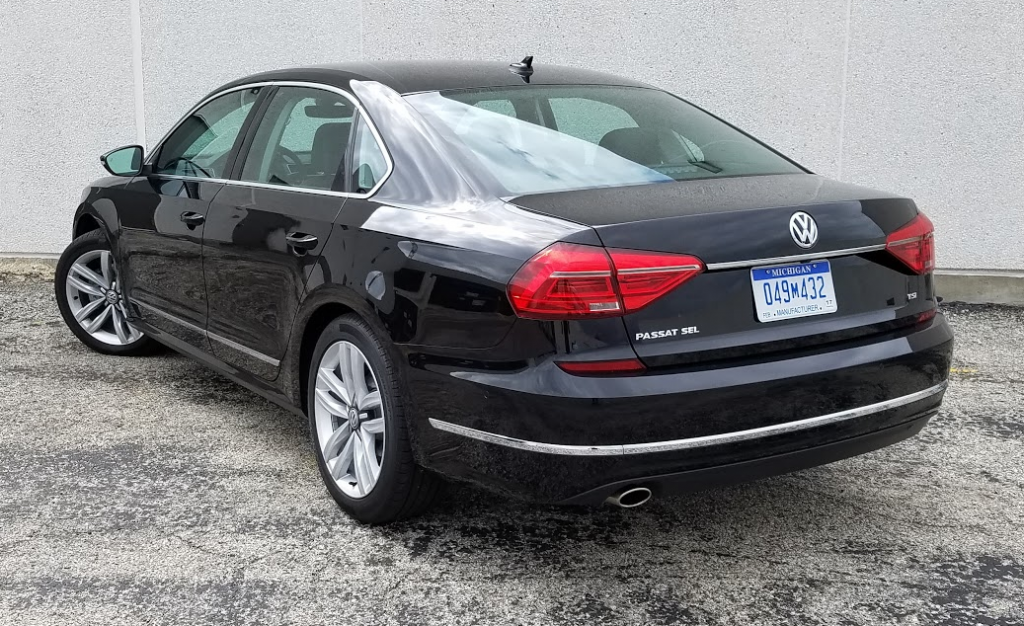 The switch wasn’t exactly that bang-bang, but it was close. Passat II, The Sequel wasn‘t exactly the same midsize sedan, either. While it shared the SE’s powerteam—1.8-liter turbocharged four-cylinder engine and six-speed automatic transmission—it was a high-buck SEL Premium with more luxury appointments and features.

The 2016 Passat is especially roomy inside, and in SEL trim, very nicely finished as well.

The SEL Premium stands at the top of the Passat lineup. Priced at $34,270 to start, which is $5860 more than an SE/Tech, it adds 18-inch wheels; LED headlights and taillights; Fender premium audio system; leather upholstery; driver’s-seat memory settings; a shallow storage space in the rear pull-down armrest; trunk pass-through; remote starting; lane-departure warning with lane-keep assist; active blind-spot monitor with corrective steering; front and rear obstacle detection; and park assist, which will automatically parallel-park the vehicle. There are no option packages, only individual dealer-installed accessories, though a V6 SEL Premium costs $36,835.

Passat’s trunk is spacious and accessed via a fairly large opening. The optional CarGo Blocks system uses handy Velcro-anchored brackets to contain items that might otherwise slide around in the trunk.

Except for more beeping and pinging from the myriad electronic driver alerts (with corresponding graphic displays on the 6.3-inch touchscreen), the behind-the-wheel experience of the SEL Premium wasn’t much different from that of CG’s previous Passat test car. To this driver, ride was not appreciably changed by the extra inch of wheel diameter—it was still very comfortable. The pleasingly lively 170-horsepower turbo four gave him 24.9 mpg from a stint of 176 miles, 70 percent in city-type operation, which is in line with how the extended-use SE performed on runs that were weighted toward city driving. 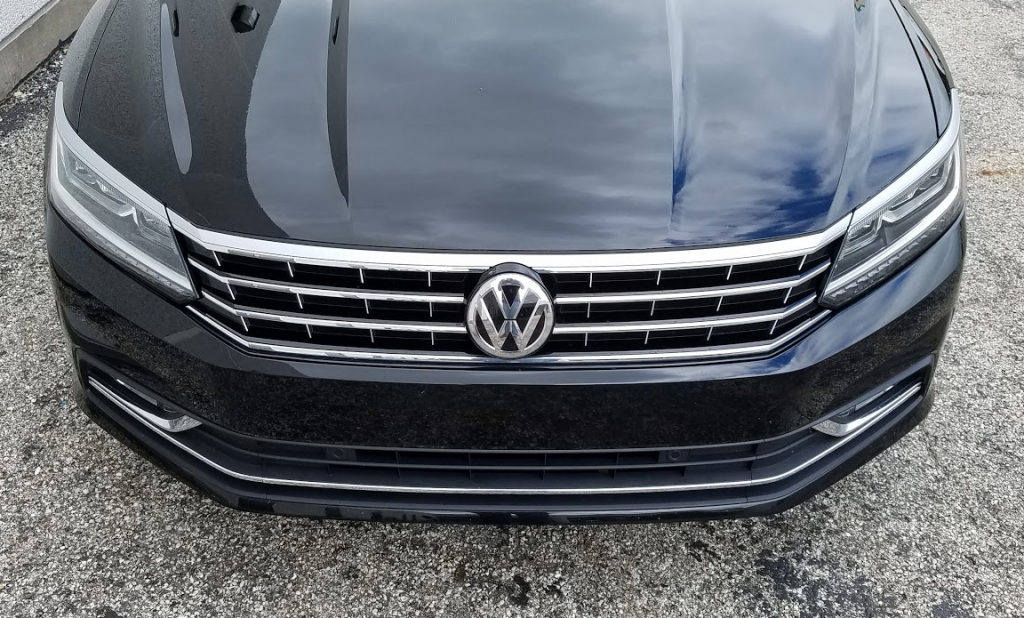 The SEL Premium had the same easy-to-use controls—including the Discover Media touchscreen that governs audio and standard navigation settings. Seats were just as supportive and comfortable, even if better dressed, and the application of interior trim and soft-surface material is comparable. Passenger room—one of the Passat’s strongest points—is unaltered. So are the easy entry/exit and good vision to all directions. Useful interior-storage options and a spacious trunk (with a hands-free automatic-opening lid) were the same, save for the additional convenience of the SEL’s pass-through.

Ultimately, the SEL Premium makes for one pricey Passat. The Tech-package SE has many of the key features found on the uplevel car—a partial list runs to things like keyless entry and starting, heated rear seats, rear cross-traffic alert that will apply brakes, Bluetooth connectivity, satellite radio, a rearview camera, adaptive cruise control, and VW’s Car-Net system with app integration to Apple CarPlay and Android Auto—for thousands less. In between there’s even a “base” SEL ($30,495) with the 18-inch wheels, premium audio, and leather but not the pack of electronic watchdogs. Still, for the shoppers who’d like a Passat with “the works,” Volkswagen has them covered.

Passat’s 110-inch wheelbase is about an inch more generous than that of the Honda Accord or Toyota Camry. That extra space contributes to the Volkswagen’s generous rear-seat accommodations.