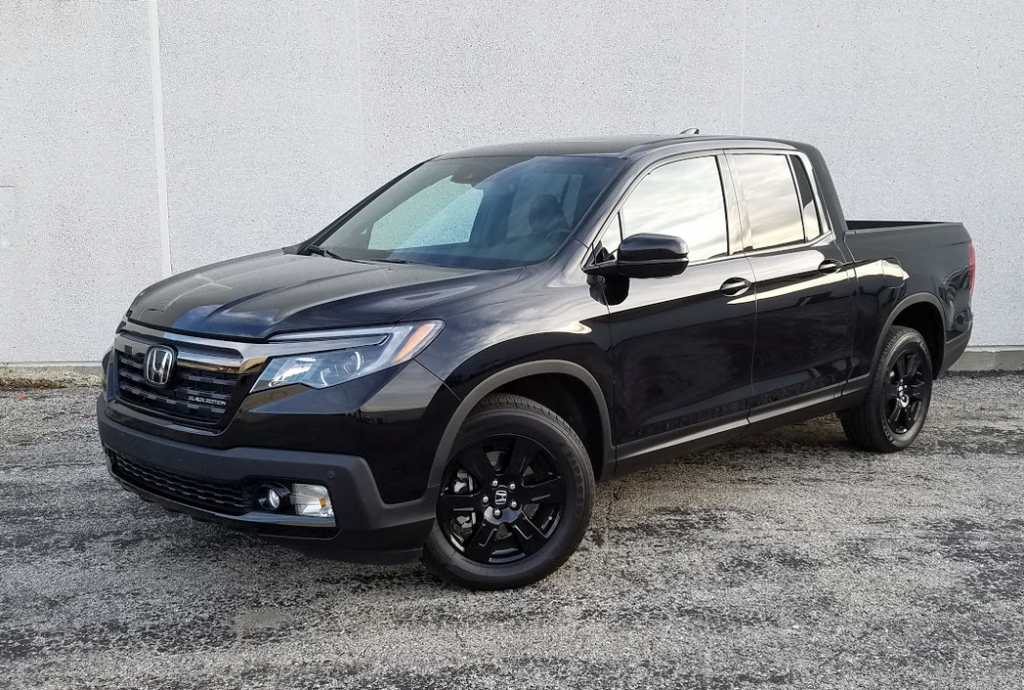 The not so good: Complicated touch-screen controls

The second coming of the Honda Ridgeline is a first-rate compact pickup for anyone who uses such a vehicle like a car as much as a truck. It doesn‘t have quite the towing capacity of other trucks in this class but it can’t be beat for ride comfort or handling ease, and it is packed with safety and convenience features in a cabin with room for five. 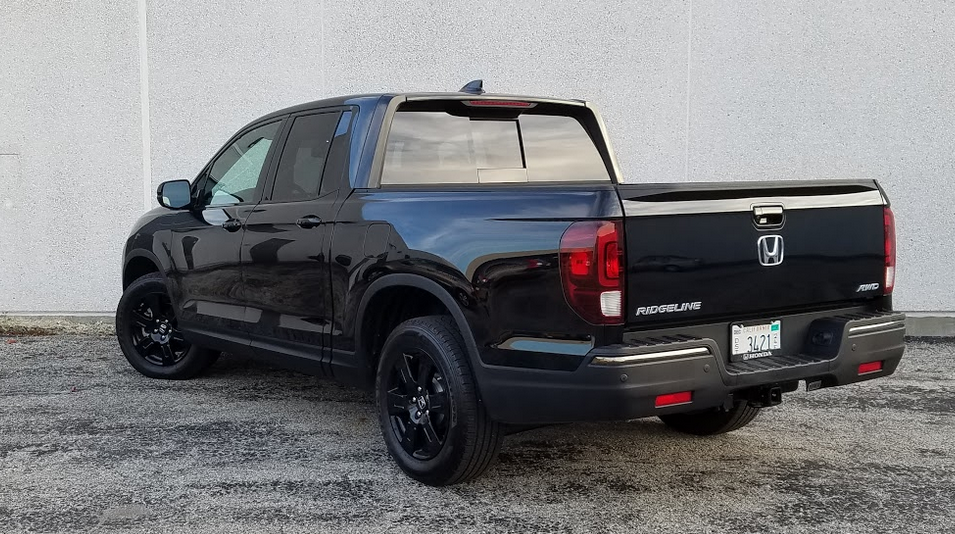 Black Edition is the top Ridgeline trim level and is only available with AWD.

Honda’s unit-body pickup is back for 2017 after skipping the 2015 and ’16 model years. It’s three inches longer (with the same gain in wheelbase) and sports all-new styling that looks more “trucky.” Model offerings grow from five to seven, and it was the topmost trim level—the Black Edition—that Consumer Guide® editors sampled. 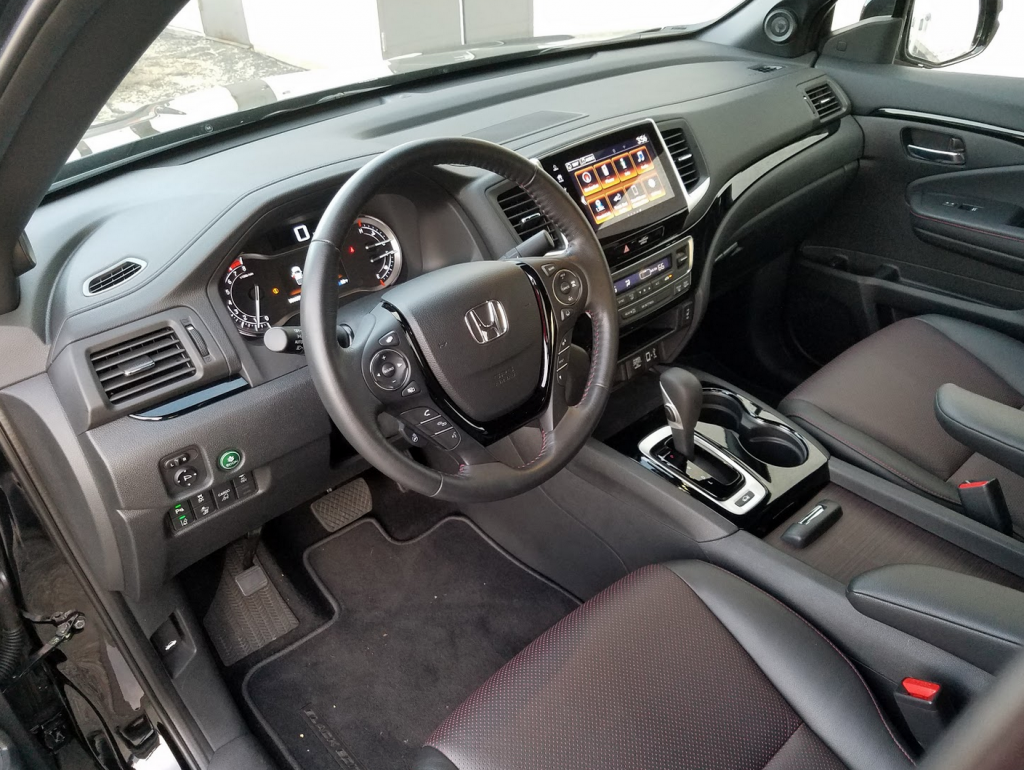 In its first iteration, the Ridgeline came only with all-wheel drive. This time around, the lower five models feature front-wheel drive standard and AWD as an option. The two costliest models, the RTL-E and the Black Edition, are equipped only with AWD. Other trucks in the class include more off-road-capable four-wheel-drive models with part-time systems not intended for use on dry pavement, though the GMC Canyon comes with a full-time system that can be run in 4WD high range in all conditions.

The Ridgeline’s only powerteam is a 3.5-liter V6 engine with a 6-speed automatic transmission. The first-generation model had a similar pairing but now the engine has been boosted by 30 horsepower to 280, and it delivers a peak of 262 lb-ft of torque. This is a smooth, generally quiet powerplant that responds smartly to commands at the accelerator pedal. The transmission kicks down with no fuss when quick acceleration is needed. EPA fuel-economy figures have improved from those of the first-gen Ridgeline, now coming in at 18 mpg in city driving, 25 mpg on the highway, and 21 combined. This driver averaged 20.9 mpg after a 194-mile stint that included 65 percent city-type operation. Drivers trying to stretch their fuel use can select an “Econ” mode that modifies performance. 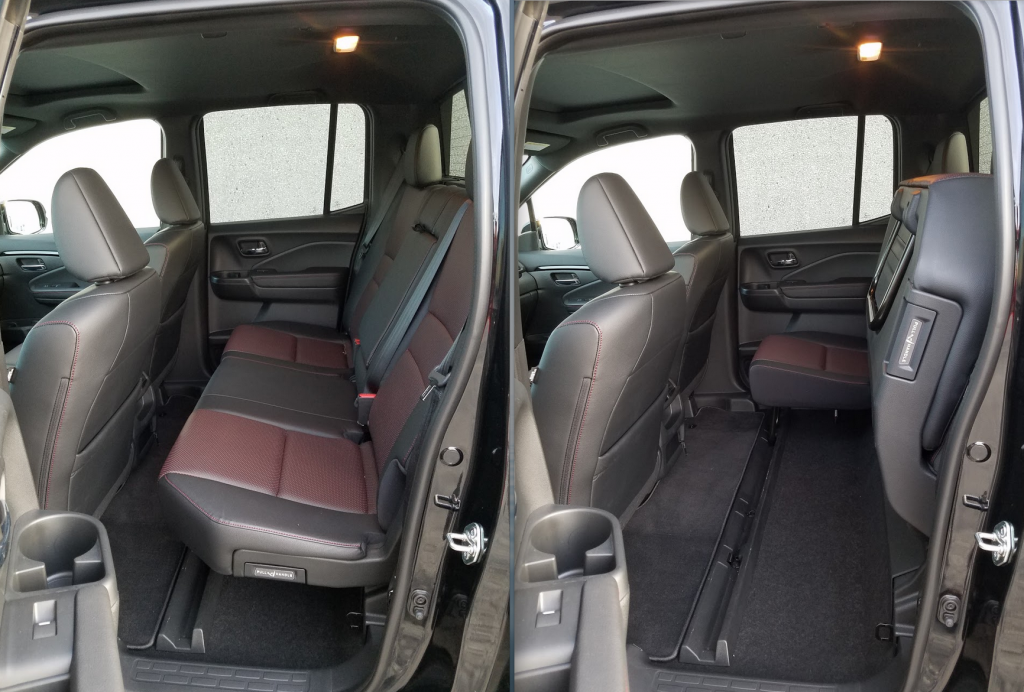 For larger items that shouldn’t be exposed to the elements, Ridgelines’s 2nd-row seat bottoms fold up and out of the way, creating a useful space that runs the width of the truck.

Ride on city streets and expressways will amaze anyone who has driven any other pickup. The Ridgeline employs an independent rear suspension that stanches the effects of road-surface blips. The hop that bedevils other trucks with solid rear axles when they don’t have a load in back just doesn’t affect the Honda the same way. Steering is direct and responsive, and braking is prompt, sure, and easy to modulate. AWD Ridgelines are rated to tow up to 5000 pounds but “truckier” trucks can do more. For instance, the aforementioned Canyon (which, like the Ridgeline, is a 2017 CG “Best Buy” pick) can tow 7000 pounds with its gas V6 or 7700 pounds with its four-cylinder diesel engine.

Ridgeline’s tailgate opens as most gates do, as well as to the side. Handy trunklike bed well provides more than four cubic feet of weather-proof storage.

The pickup bed is wide enough between the wheel houses to accept 4-foot-wide plywood sheets with room to spare. However, there’s plenty of evidence that the Ridgeline is built as much for fun as for work. An idea carried over from the previous model is a tailgate that can be lowered in the traditional drop-down manner or opened from the side like a giant door with hinges on the left. Also back is an underfloor trunk at the back of the bed that can be used as an 82-quart cooler. Plus, the RTL-E and Black Edition come with a pickup bed that functions as a speaker for the audio system, thanks to six “exciters” built into the bed walls; the bed itself becomes the speaker’s cone. A power outlet is also provided in the bed of these two models.

Black Edition Ridgelines only come loaded, and only come in–predictably–black.

With the $900 destination charge folded in, the base price of the Ridgeline Black Edition is $43,770. You can get it painted in any color you want as long as it’s Crystal Black pearl. There are distinctive 18-inch black-painted alloy wheels (bright wheels are optional), and specific black perforated-leather seats with red stitching and perforations. The LED ambient lighting glows red, too.

The cabin provides generous headroom in both rows. Legroom is very good in front, and it’s good for second-row adults, who shouldn’t have much problem fitting in a third passenger. Note that seat backs in the rear are somewhat upright and not as padded as those in front, but there’s nothing especially punishing about them. The electronic driving gauges and vehicle-information readout show up clearly in a “barbell” display. An 8-inch screen shows settings and information for the intuitively programmed audio system, satellite-linked navigation, and other infotainment features. (Apple CarPlay/Android Auto functionality is new to the Ridgeline.) The trizone climate system isn’t quite as easy to use. It relies on repetitive-action toggle switches to select temperature and an array of buttons for other functions.

Cabin storage space is very good, with an ample glove box and a cavernous console box. There are two levels of bins in the front doors—the lower one being the more voluminous—and pouches on the backs of the front seats. Cup holders for front passengers are in the console, but rear riders can stash drinks in either the pull-down center armrest or in individual holders molded into the door panels. Rear seat cushions can easily be folded up to create a large interior load space. Driver vision is good around the cabin. Step-in height is manageable. Rear doors don’t swing open as wide as the front ones, which might complicate entry and exit for some.

The brilliance of Ridgeline is how much it feels like a sporty crossover instead of a truck. All that stuff—the bed, the AWD, the towing capacity—is there, but none of it interferes with your daily commute.

Plus, Ridgeline is no longer ugly, which is a BIG plus. Folks looking to tow heavier loads, or do something more than mild off-roading, will be better served by the Chevy Colorado or GMC Canyon. Most light-duty shoppers, however, will find the Ridgeline a fine and functional worker that you can live with every day. 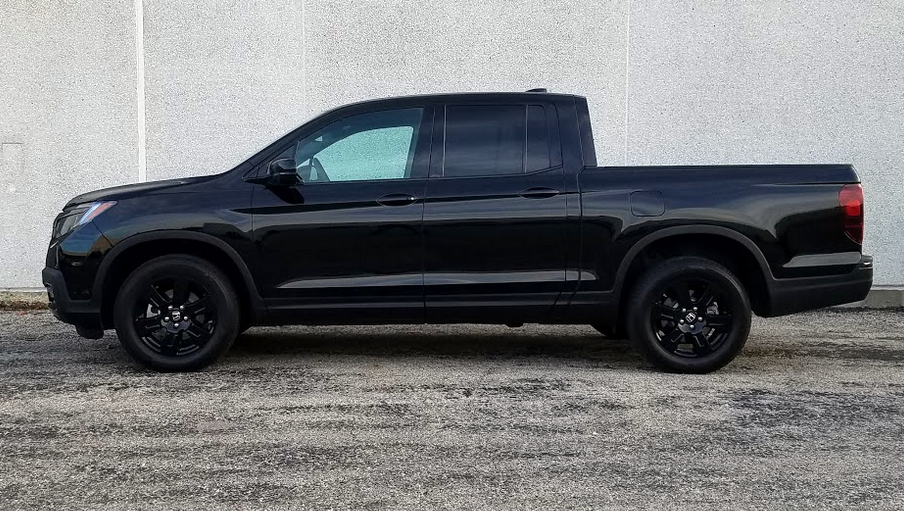