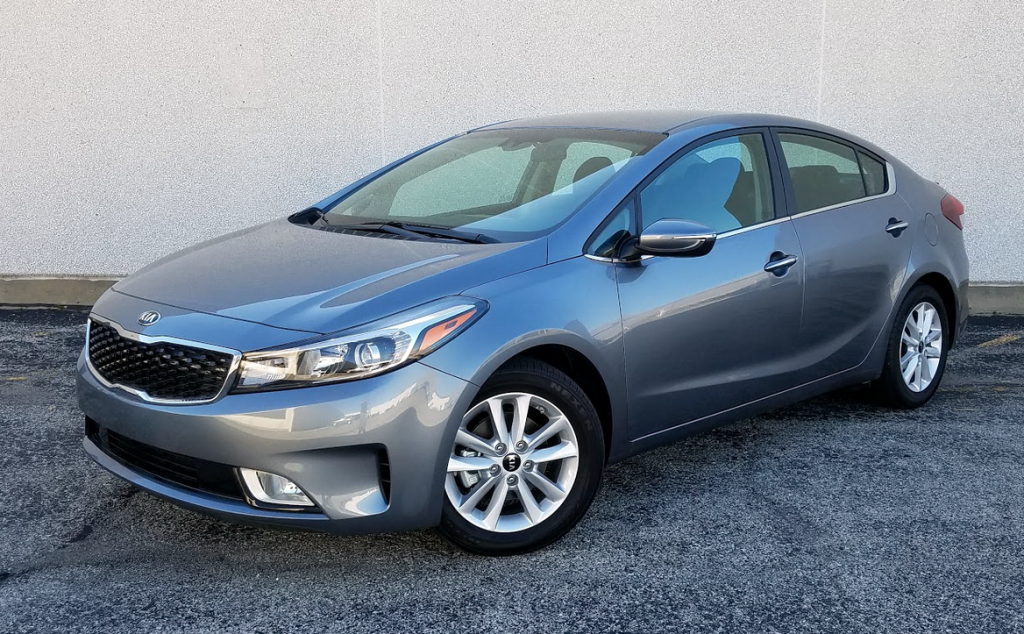 The not so good: So-so rear visibility, some desirable features are restricted to pricey option packages

There may not be one eye-opening or truly outstanding thing about the 2017 Kia Forte sedan but there are enough good things about it in one bundle to appreciate. Even as updated for ’17 there’s nothing flashy or contrived in either performance or equipment that gets in the way of usefulness. If I had to sum up the new Forte that Consumer Guide® got to test in one word, it would be “honest.” 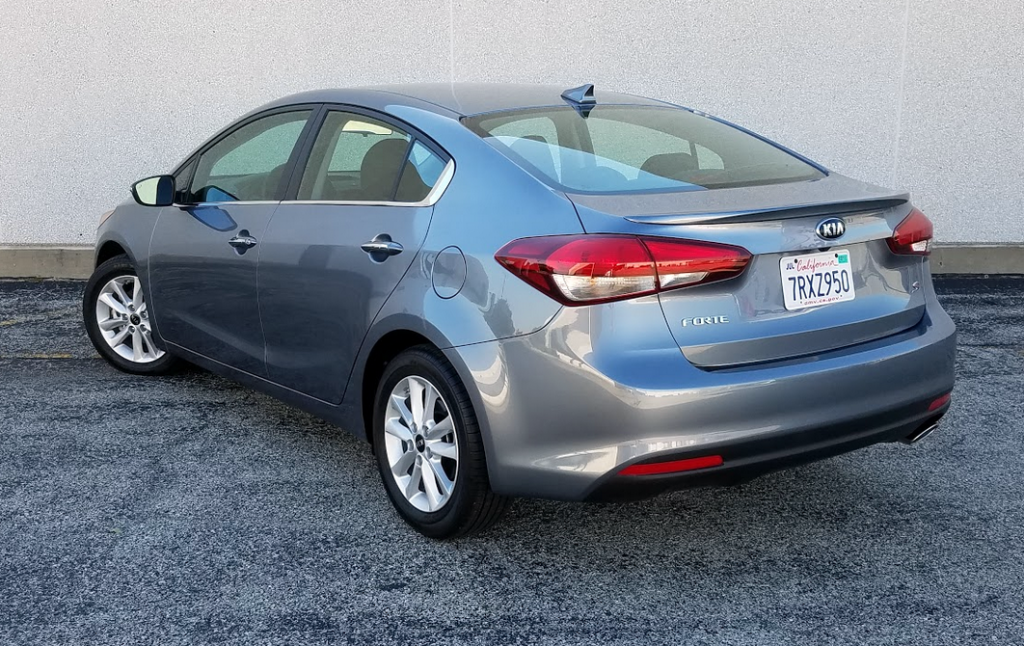 The test car was itself one of the new things about the 2017 Forte. The S model makes its debut in the sedan portion of the lineup (there are coupes and hatchbacks too), slotting between the entry-level LX and “loaded” EX. External appearance has been tweaked, particularly in front. There’s a new engine for the LX that’s also used by the S, and the safety and connectivity technology features that are becoming prevalent throughout the industry can now be found in Kia’s compact.

The audio system—now with Android Auto and Apple CarPlay smartphone compatibility—is easy to set and use (station tuning is via an external knob), and other screen-based functions show up well for quick access. The three climate-control dials are simplicity itself. Black-and-gray seat fabric feels sturdy while injecting some visual variety. Areas of soft-touch material are scattered about the cabin—above the twin instrument dials, on the dash above the glove box, on armrests and door centers, and atop the front doors. (Rear door tops have a grained surface but without any underlying give.)

Forte sedans offer a decent amount of trunk space for the class.

The sole powerteam in the S is a 2.0-liter 4-cylinder engine and 6-speed automatic. The 147-horsepower engine with Atkinson-cycle valve actuation designed for improved fuel economy replaces a 145-horse 1.8-liter engine formerly found in the LX. If not completely quiet, this engine is at least adequately peppy. Click the Drive Mode Select button into the “Sport” setting, though, and the throttle becomes eagerly responsive to even slight presses of the accelerator. The only problem there is it brings you to the point where trans dithers over downshifting that much sooner. EPA ratings for this combination are 29 mpg in the city, 38 mpg in highway driving, and 32 mpg combined. With most of my driving in “Normal” but with some time in Sport, I averaged 26.08 mpg after driving 176.3 miles with 71 percent city-style operation. Note that there is an “Eco” setting on Drive Mode Select.

Ride and handling won’t lead the class, but true to this Forte’s form they are good enough to seem like a good deal for 20 grand. Cornering lean was commendably controlled in the test car, and it was as easily maneuverable cutting through traffic as it was fitting into parking spaces between other cars.

Passengers will find good leg- and headroom—indeed, the leg space for rear-seat passengers is a nice surprise. A minor floor hump makes it possible for a third adult to occupy the middle of the back seat, at least for a little while. Driver vision to the front and sides is pretty good but suffers some at the rear corners.

Depending on where you sit, cabin storage is plentiful. In front there’s a good-sized glove box and a covered bin at the front of the console that contains USB, auxiliary, and power outlets. A small cubby with an adjustable tray resides under the padded console armrest. Door pockets each incorporate a bottle holder, and dual open cup holders are supplied in the console. In back, though, there are just door pockets and a single pouch on the back of the front-passenger seat. Do you desire a center armrest with built-in cup holders for your Forte S? It comes as part of a costly option package.

The trunk floor is flat but not overwhelmingly large, and it narrows somewhat between the wheelhouses, but there’s still room for several pieces of luggage or plenty of groceries. With a tire inflator in lieu of a spare tire, there is underfloor space available for small items. When the rear 60/40-split seats are down, they rest higher than the trunk floor, and a bulkhead between the trunk and cabin further limits the height and width of longer items that can be loaded.

On balance, Kia has made the Forte into a pleasant small car for 2017. Honestly, it deserves shoppers’ attention. 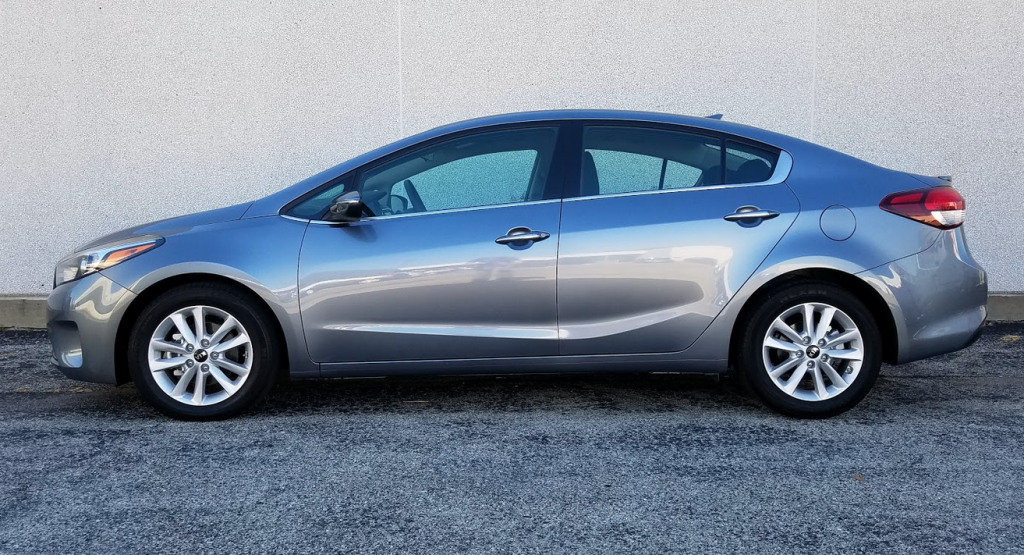 While the 2017 Forte S fails to stand out by any particular metric, it does do just about everything well, and proves quite likable overall.