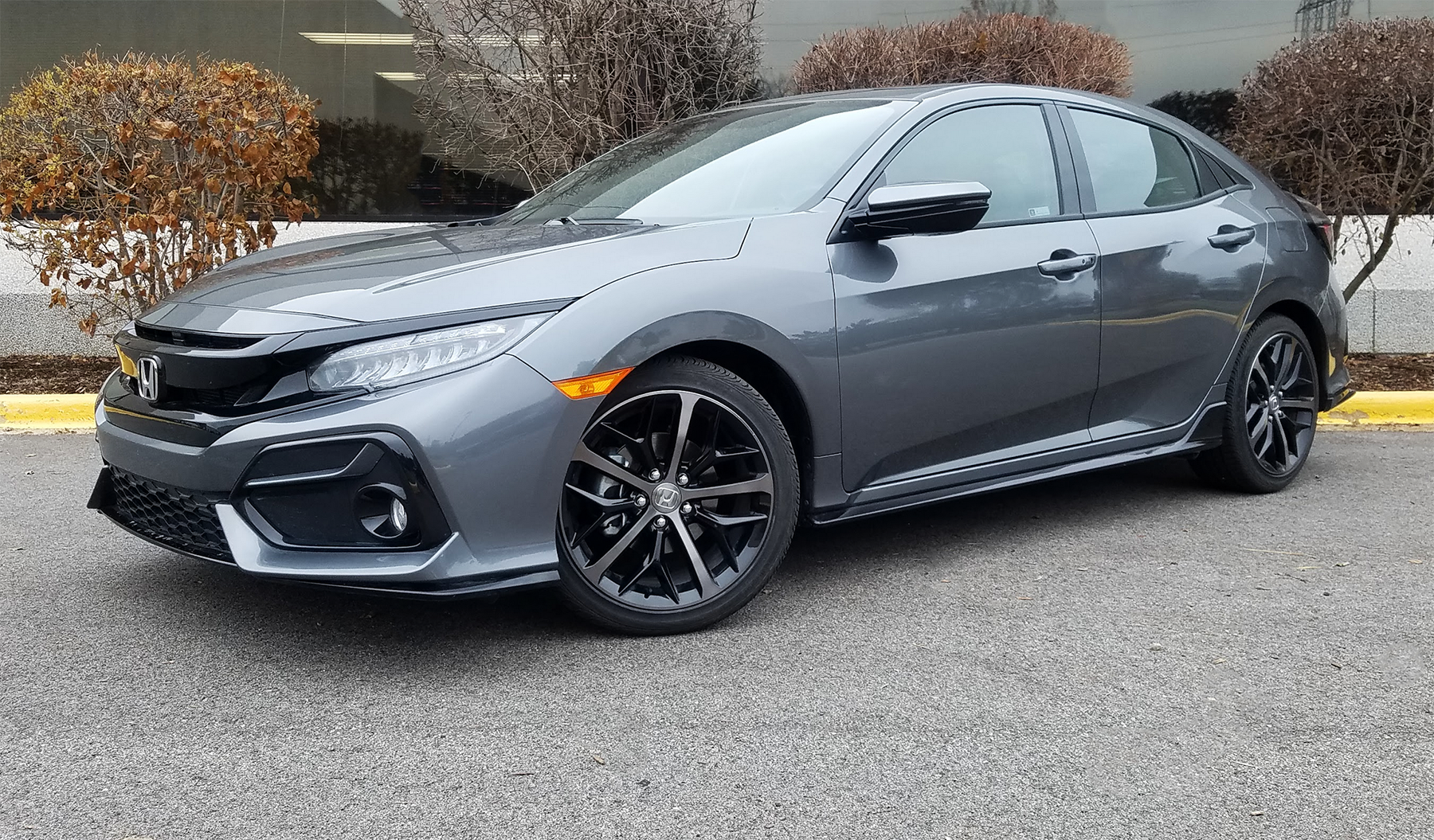 The not so good: Ride can be a bit stiff, more cabin noise than many class competitors

A certain seemingly dwindling portion of the car-consuming public has become increasingly conditioned to only bad news about the future of manual transmissions. After perhaps 462 steps back, here’s one step forward for the group: Honda is adding another manual-trans model to its Civic Hatchback lineup for 2020. 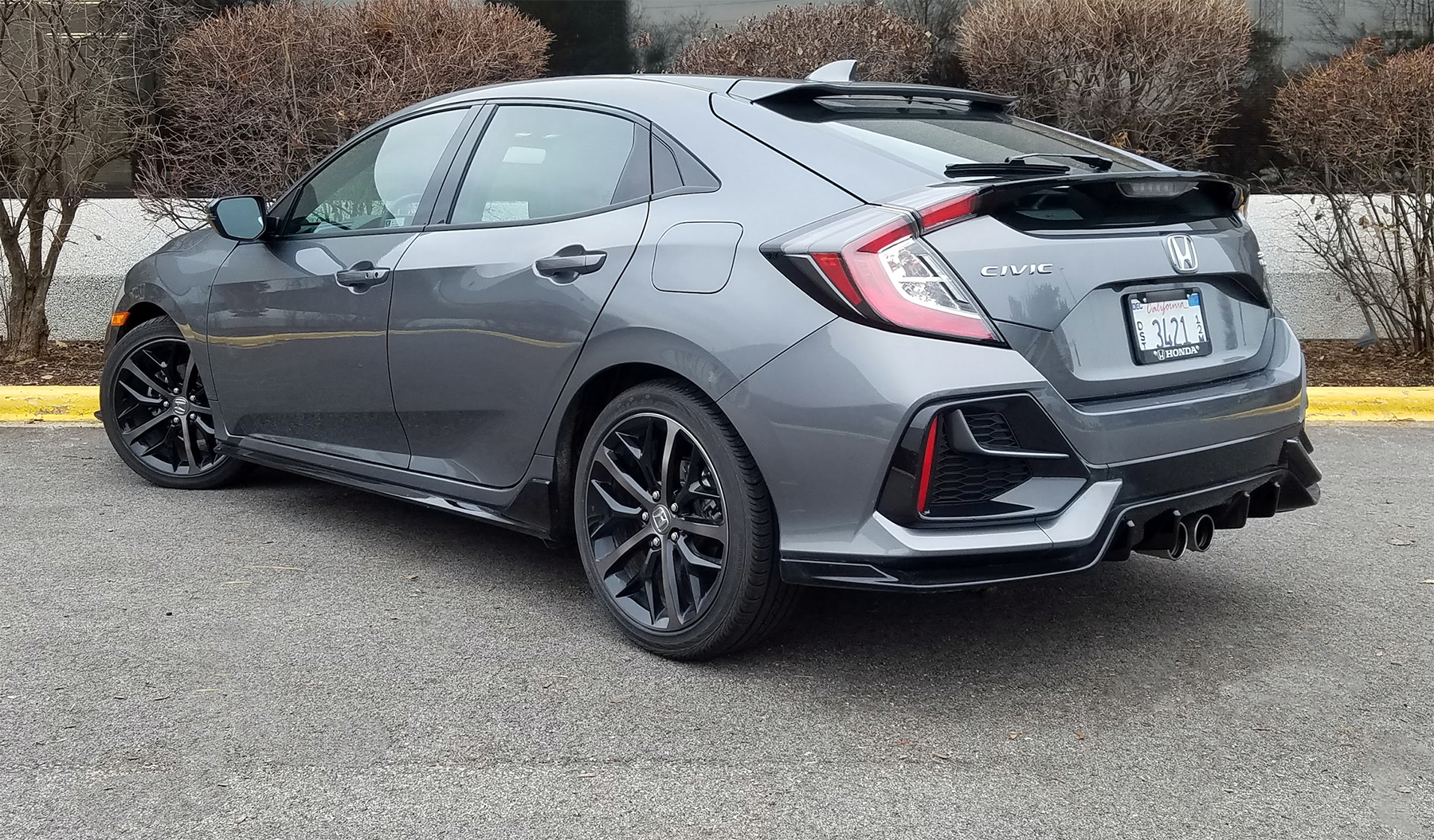 Sport and Sport Touring Hatchbacks have a few aggressive styling touches that make them stand out from other mainstream Civics. The sharply sloped rear window cuts into cargo capacity and slightly hinders rearward visibility.

As before, the fast and fun 305-horsepower Type R hatch has nothing but a 6-speed gearbox, and the 180-horse Sport comes standard with a 6-cog trans. Now, though, the Sport Touring, the top of the “normal” range of compact Civic Hatchbacks (only the horse-of-a-different-color Type R costs more), also starts out with the stickshift at a base price, with delivery, of $28,980.

We suppose it’s fun to drive. We can’t say for sure because the Sport Touring that Consumer Guide got to sample came with an automatic continuously variable transmission (CVT). Formerly standard equipment in the Sport Touring, the CVT is now an $800 option. It remains the sole transmission offering in LX, EX, and EX-L hatchbacks, and it’s also an option for the Sport.

Sport Touring Hatchbacks are among the priciest models in the Civic lineup, and their interiors are outfitted accordingly, with upscale trim and plenty of features. The rear-seat room is among the best in the compact-car class.

The CVT in the Sport Touring comes with paddle shifters behind the steering wheel to give drivers some say in the car’s driving behavior, but like many of its kind, the gearless trans generally makes building speed a gradual process. Like a good many Civics, the Sport and Sport Touring hatches use a 1.5-liter turbocharged 4-cylinder engine, but they are the only Civics—including sedans and coupes—that get the 180-horsepower variant. (An exhaust system that terminates in center-mounted dual outlets helps squeeze out six more horsepower than the base 1.5 turbo makes.) Power peaks at 6000 rpm with the CVT, 500 revs higher than with the 6-speed. All 162 lb-ft of torque is available between 1700 and 5500 rpm. Once a slight turbo lag passes, the patient driver is repaid with safe merging and passing power, and decent open-road-cruising oomph.

EPA mileage estimates for the 180-horse engine with CVT are 29 mpg in the city, 35 mpg on the highway, and 32 combined. (The manual is projected to get an additional two mpg in highway operation.) When this driver put 170 miles on the test car, 45 percent of which came in city-type use, he saw 30.3 mpg.

The Civic Hatchback’s “side-slide” retractable cargo cover is a handy feature; it makes it easy to hide cargo without the hassle of a separate detachable cover. There’s an impressive 46.2 cu. ft. of cargo room with the second-row seats folded. 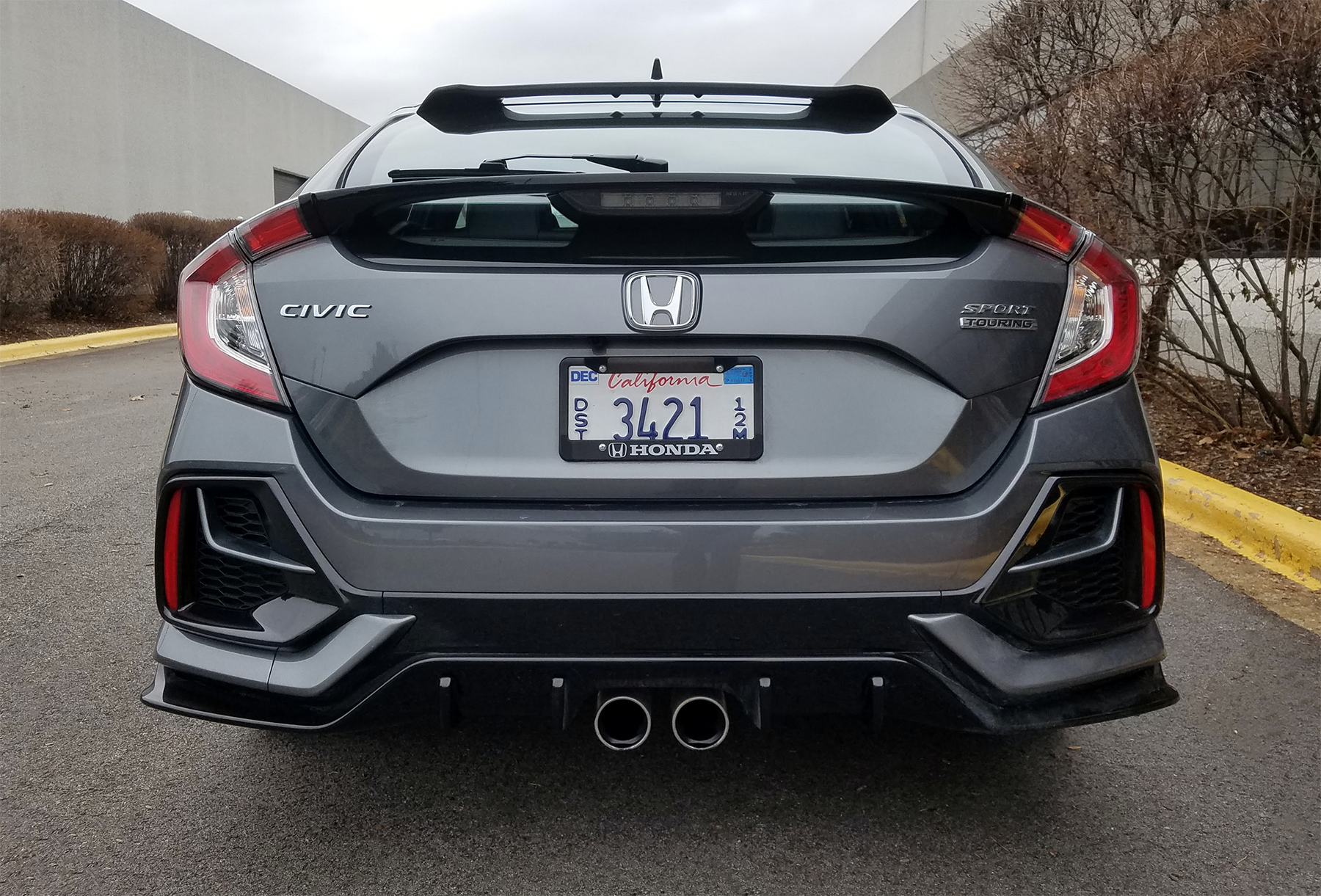 There’s fine small-car legroom in both rows, with the potential for 3-abreast adult seating in back, provided the middle passenger isn’t too tall. The leather-clad seats are comfortable and supportive. One fault of the hatchback body design is  how it impedes over-the-shoulder driver vision to the rear corners. While touchscreen controls aren’t easy to use while driving, the infotainment-system has incorporated a stand-up volume knob and physical buttons that addressed complaints about the earlier iteration of the system. Apple CarPlay/Android Auto smartphone integration and satellite and HD radio are included. Interior storage relies on a useful and flexible console box/cup-holder setup, a fairly large glove box, a pouch affixed to the back of the front passenger seat, cup holders in the pull-down rear-center armrest, and modest pockets in all four doors.

Cargo storage is ample for a small car. There is 25.7 cubic feet of space behind the rear seats, and 46.2 cubic feet with the rear seats folded just about flat. One handy feature is a side-reel retracting cargo cover. It is an elegant solution to the problem of working around the usual rigid cover connected to the rear hatch lid. The Honda’s cover can be easily rolled aside during loading operations, then just as easily drawn over the cargo bay to keep stored items out of sight.

Alert handling and light but responsive steering make for easy maneuverability. However, ride composure on weathered pavement isn’t the most serene. Ride quality can seem a little stiff, and it likely gets a little worse with the 19-inch wheel/tire package available for the Sport Touring. Plus, some road noise has a way of getting through to the cabin.

Overall, the current Civic generation—in all its forms—imparts a refined and somewhat sophisticated interpretation of the small car. It can be on the pricier side of the class, but at least now you can save 800 bucks on the Sport Touring hatchback just by being willing to shift gears for yourself.

Outside of the pricey, track-ready Type R and the budget-performance Si, the Civic Hatchback Sport Touring is the sportiest Civic you can buy, and it’s also the most cargo-versatile. 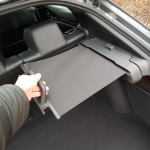 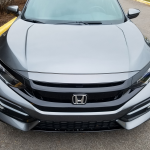 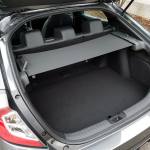 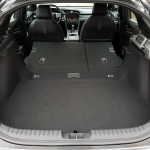 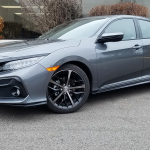 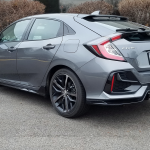 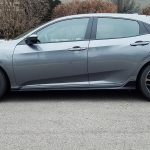 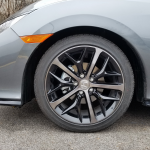 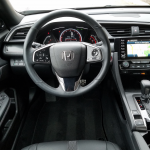 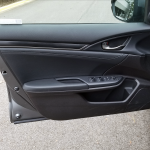 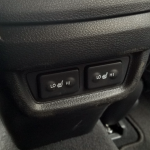 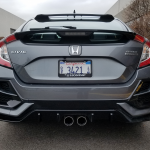 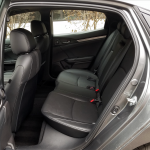 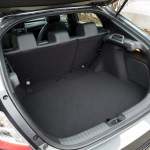 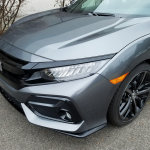 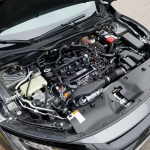