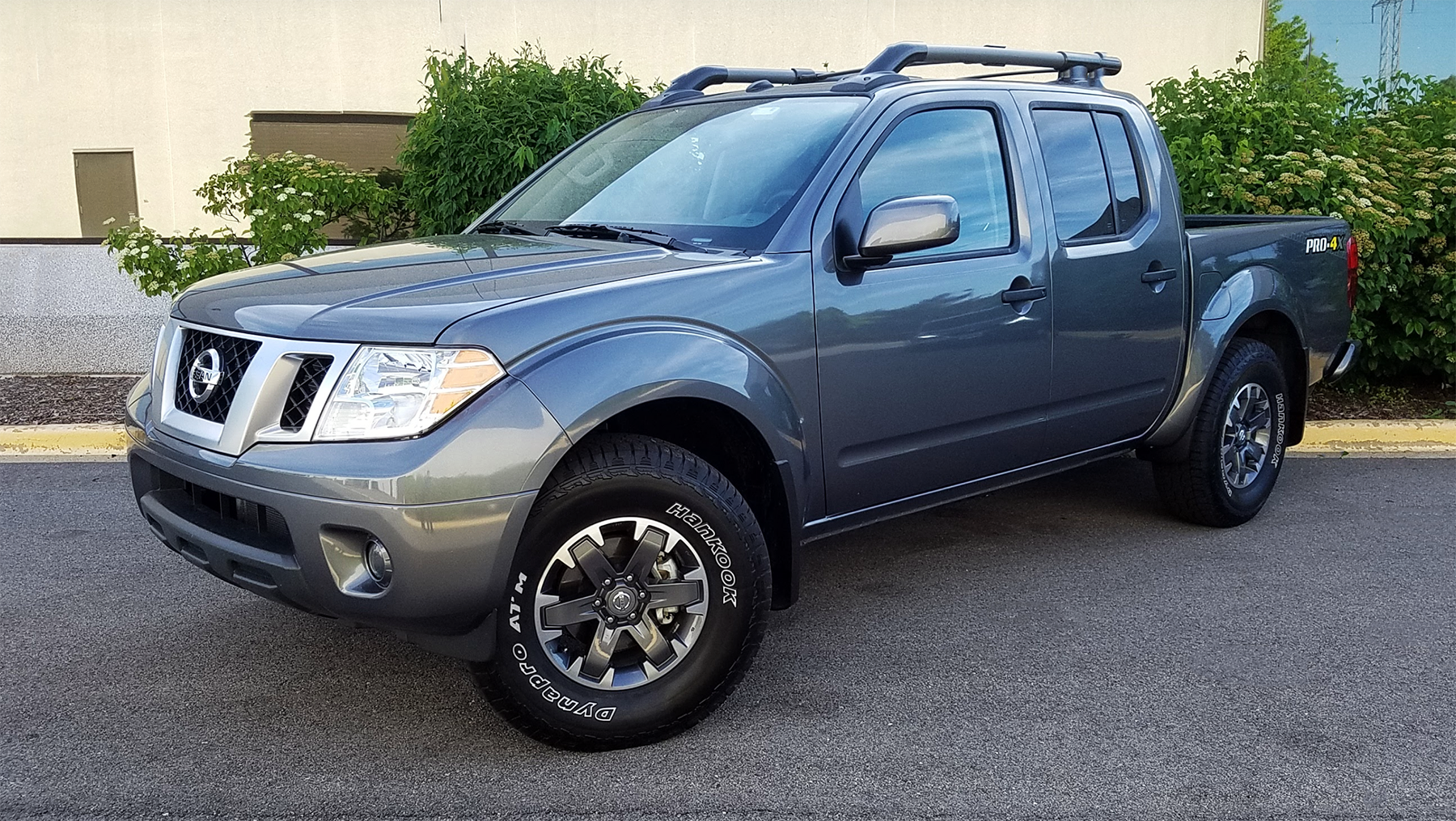 The not so good: Basic design is 15 years old; smaller rear-seat area than some class competitors; jittery ride; lots of hard plastic in the interior

We won’t say it’s old, but the Nissan Frontier compact pickup currently on the market could serve as its own retro special edition. The 2020 truck is fundamentally the 2005 model as visually refreshed for 2009. Yeah, 2009.

Of course, in all that time the Frontier was improved as much as was practical for what had been the bargain buy in a vehicle class that nearly evaporated before staging a strong comeback in the last couple of years. Even now, on the eve of a next-generation Frontier (which is slated to arrive as a 2021 model), it gets a completely new powerteam and some added standard equipment. 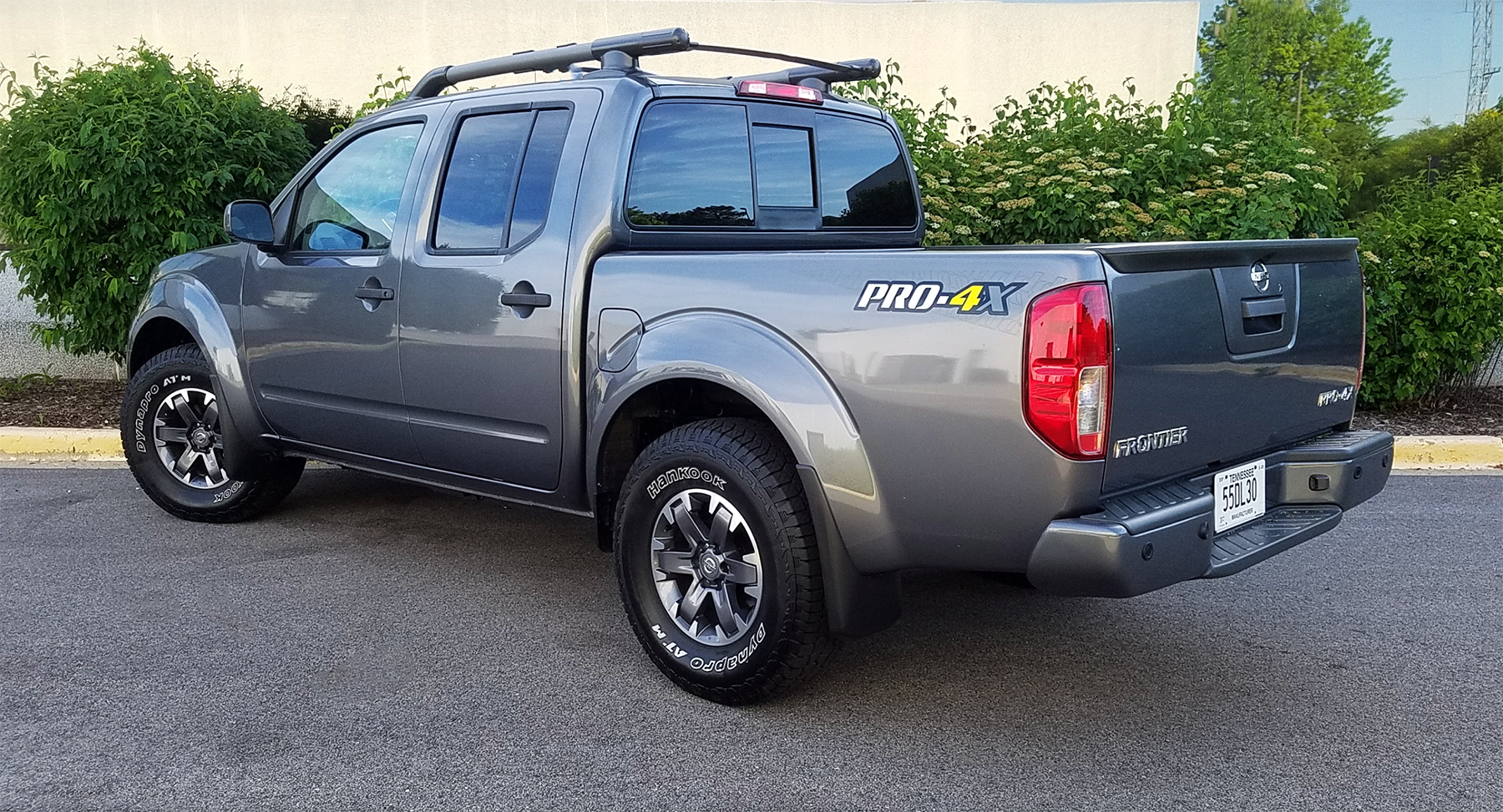 As the off-road-focused model of the Frontier lineup, the PRO-4X comes standard with Bilstein off-road shocks, a rear-differential locker, and skid plates to protect underbody components. The beefy roof rack is also standard.

Consumer Guide tried out the new 3.8-liter V6/9-speed automatic Frontier in an off-road-oriented PRO-4X Crew Cab. With the SL trim cut from the line—S and SV models remain—the PRO-4X sits atop the price hierarchy in 2020, starting at $38,595 with delivery. That‘s an increase of about $4500 from ’19, mostly attributable to the change in engine and transmission and the addition of a leather-covered shifter knob and push-button starting as standard equipment. (The base S, which gets all those features plus a manual tilt steering wheel, power windows, and power door locks with driver-side auto-down, jumps approximately $7800 to $27,885 for the price-leader rear-wheel-drive King Cab.)

The Frontier’s aged basic design is especially apparent in its dashboard layout. Some pickup buyers might appreciate the straightforward, old-school design, but others will likely be turned off by the copious amount of hard plastic and the small infotainment screen.

The 3.8 V6 with automatic is the only way to go in 2020. The engine replaces both a 152-horsepower 2.5-liter 4-cylinder and a 261-horse 4.0-liter V6. The trans steps in for the formerly used 5- and 6-speed manuals and a 5-speed automatic. Despite its smaller displacement, the 310-horsepower 3.8 makes nearly 20 percent more power than the old V6 thanks to direct injection and new cylinder heads with integrated exhaust manifold. (However, maximum torque is unchanged at 281 lb-ft.) The new powerteam makes this a pretty quick and responsive truck that’s really eager off the line, and acceptably quiet.

The additional go should go further, too. EPA fuel-economy estimates are slightly increased for the ’20 Frontier. Models with the part-time 4-wheel drive that’s standard on the PRO-4X are tagged for 17 mpg in the city, 23 mpg on the highway, and 19 mpg combined. Still, this driver averaged just 16.5 mpg after covering 59 miles, 45 percent of which was in city-type use.

Legroom is a bit tight in the back seats, and the seat backs sit at an upright angle. Headroom is quite good, however. There are no HVAC vents for rear-seat passengers, but dual cup holders flip down from the center console.

The name may read like an athlete’s-foot remedy, but the PRO-4X is the Frontier representative to the “off-road-special” caucus within the pickup market. It comes with specific 16-inch machine-finish alloy wheels; white-letter all-terrain tires; a locking rear differential; Bilstein high-pressure off-road shock absorbers; and skid plates to shield the undersides of the oil pan, fuel tank, and transfer case. Visual distinctions come down to white-faced gauges ringed in satin-chrome accents and “tire-tread” graphics on the sides of the 5-foot cargo bed. Ride isn’t too bad for this type of truck. In commuting, it came across as a little jittery at highway speeds, but not badly damped, and road cracks and joints didn’t upset it too much. Steering is pretty easy, too. Even for its age, this is not a truck you have to manhandle to get it to do anything.

The Frontier itself may be old, but it gets an all-new powertrain for 2020: a 310-hp 3.8-liter V6 that’s paired with a 9-speed automatic transmission. Sixteen-inch alloy wheels on all-terrain tires are standard on the PRO-4X.

Passenger space up front room is pretty good and the seats are comfy. The rear seat has less legroom than you might expect from a crew cab (yes, it’s a compact, but still . . .), and the seat back is kind of upright and not lushly padded. Three friendly adults might be able to occupy the rear seat—an almost flat floor helps—but the middle passenger ought to wear a hardhat because the dome light is directly above. Windows are big, so the driver enjoys excellent vision all around.

The selector dial for driveline settings is within easy reach of the driver’s right hand low on the instrument panel. Convenient dials are used to set temperatures for the PRO-4X’s standard dual-zone climate system; all else is managed by buttons clustered in between them. Outboard passengers have an A- or B-pillar handgrip for when terrain might get rough and bumpy, or to assist entry because step-in is a little high.

The PRO-4X comes only as a crew cab with the short bed; maximum payload capacity is 1020 pounds.

A big glove-box lid belies a narrow box behind it. There’s not much space in the console box, and the only seat-back pouch is on the back of the driver’s seat. There is a pull-down central armrest in back, but cup holders pop out of the back of the console. All four doors have decent storage pockets with bottle holders. Rear seat backs fold flat, and the cushions fold up to reveal storage bins.

In terms of features and appointments, the Frontier is pretty basic. Hard plastic is everywhere, and little effort is made to hide the fact that it’s plastic. The only soft stuff is on the seats, steering-wheel and shifter wraps, console-box lid, and as little of the door armrests as Nissan could get away with. Displays for things like the climate-system temperature readouts and odometer are old-school stick-figure numerals on a lighted orange background. The touchscreen for audio and navigation is small, and controls are simple. Menus? This is a compact pickup truck, not a restaurant. The tailgate is not damped—let it go and it just drops with a clunk.

Despite of its cost, perhaps this is appropriate for the PRO-4X’s image. It is supposed to be the model for rugged, outdoorsy Nissan buyers whose idea of a good time is jeux avec Frontières (you’re welcome, Peter Gabriel fans). Oddly, then, there is some charm in all this—and it will probably disappear when an all-new model comes around.

The 2020 model year is set to be the last for this long-running Nissan Frontier generation, but its new V6 engine will live on under the hood of the next-generation Frontier, which is slated to debut as a 2021 model. 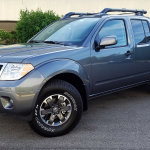 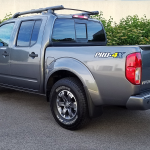 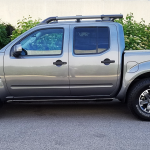 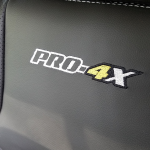 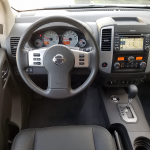 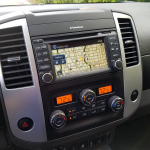 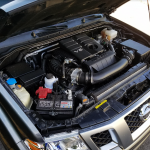 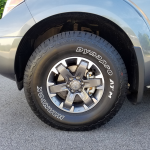 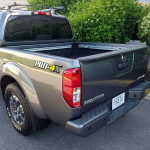 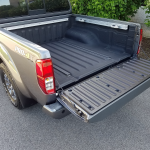 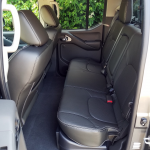 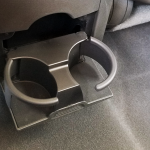