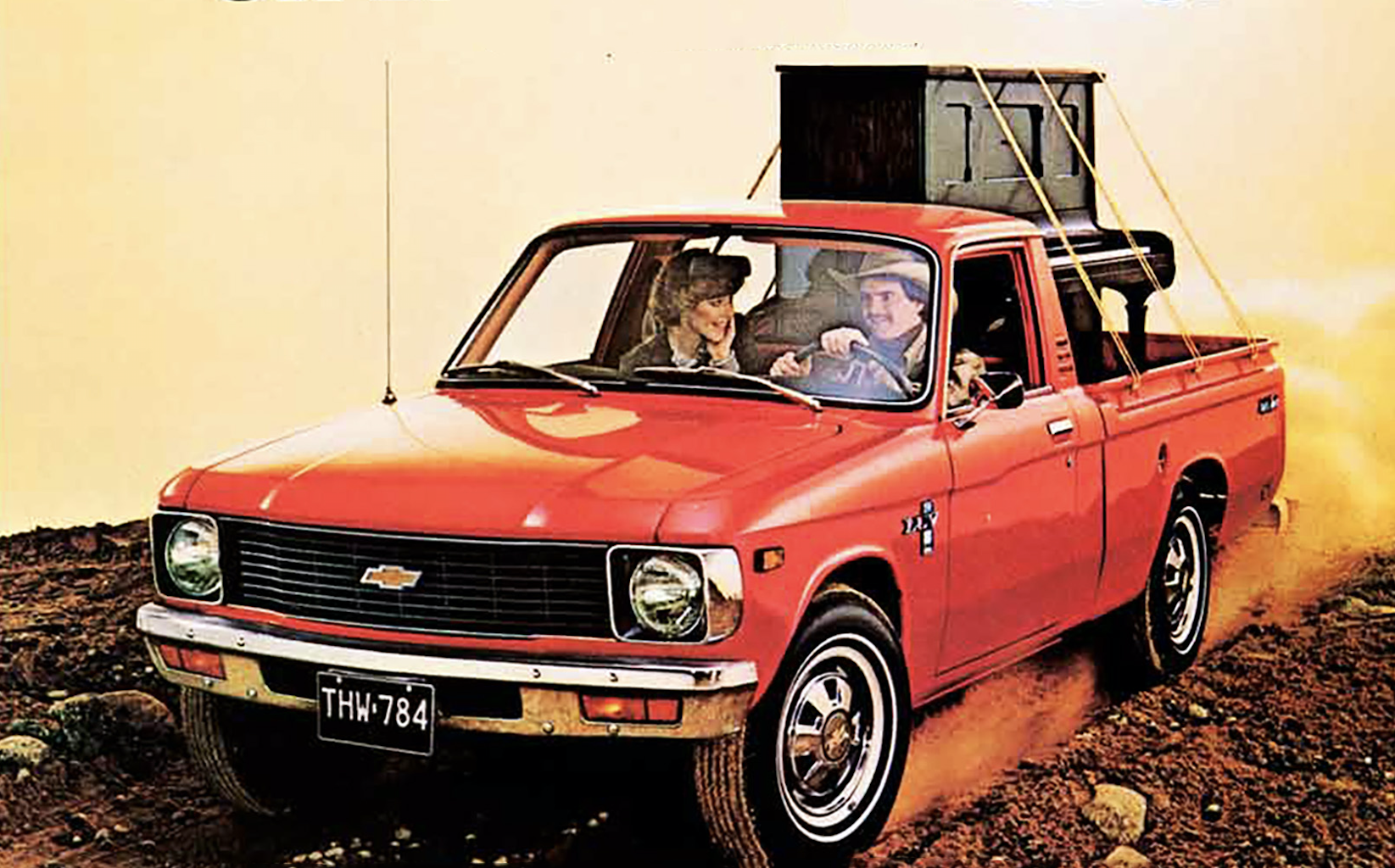 There was whimsy in those little trucks. Back, say, 30-40 years, small pickups were not only cost-effective light-duty commercial vehicles, they were also compelling commuter alternatives to traditional coupes and sedans.

With prices that started as much as 20 percent lower than that of a compact car, small pickups became popular with frugal shoppers looking for something both fun and easy on the wallet. As for the whimsy, many of these small pickups were ready to tackle a deeply-rutted road, were decorated with fun graphics, and were pretty easy on the gas.

Sadly, today’s “small” trucks are no longer that small. In fact, they are now generally referred to as midsize, though they are not much smaller than large pickups were just a decade ago. To demonstrate this point, consider the 1972 Chevrolet LUV (Light Utility Vehicle), which was built for Chevy by Japanese automaker Isuzu. The LUV measured 173 inches front to rear, was about 63 inches wide, and tipped the scales at about 2500 pounds. A well-equipped Chevrolet Colorado, in contrast, stretches up to 225 inches stem to stern, is more than 75 inches wide, and weighs as much as 4700 pounds.

More important, perhaps, is the Colorado’s price. One estimate puts the average transaction price of the Colorado at more than $40,000–about $4000 more than the average price of a new vehicle. There’s nothing whimsical about that sort of financial commitment.

Collected here are a dozen magazine ads from the days when buying a small truck was an easier—and perhaps slightly more frivolous—thing to do.

If you remember any of these vintage rides, please tell us about it. The place to leave comments is down below. 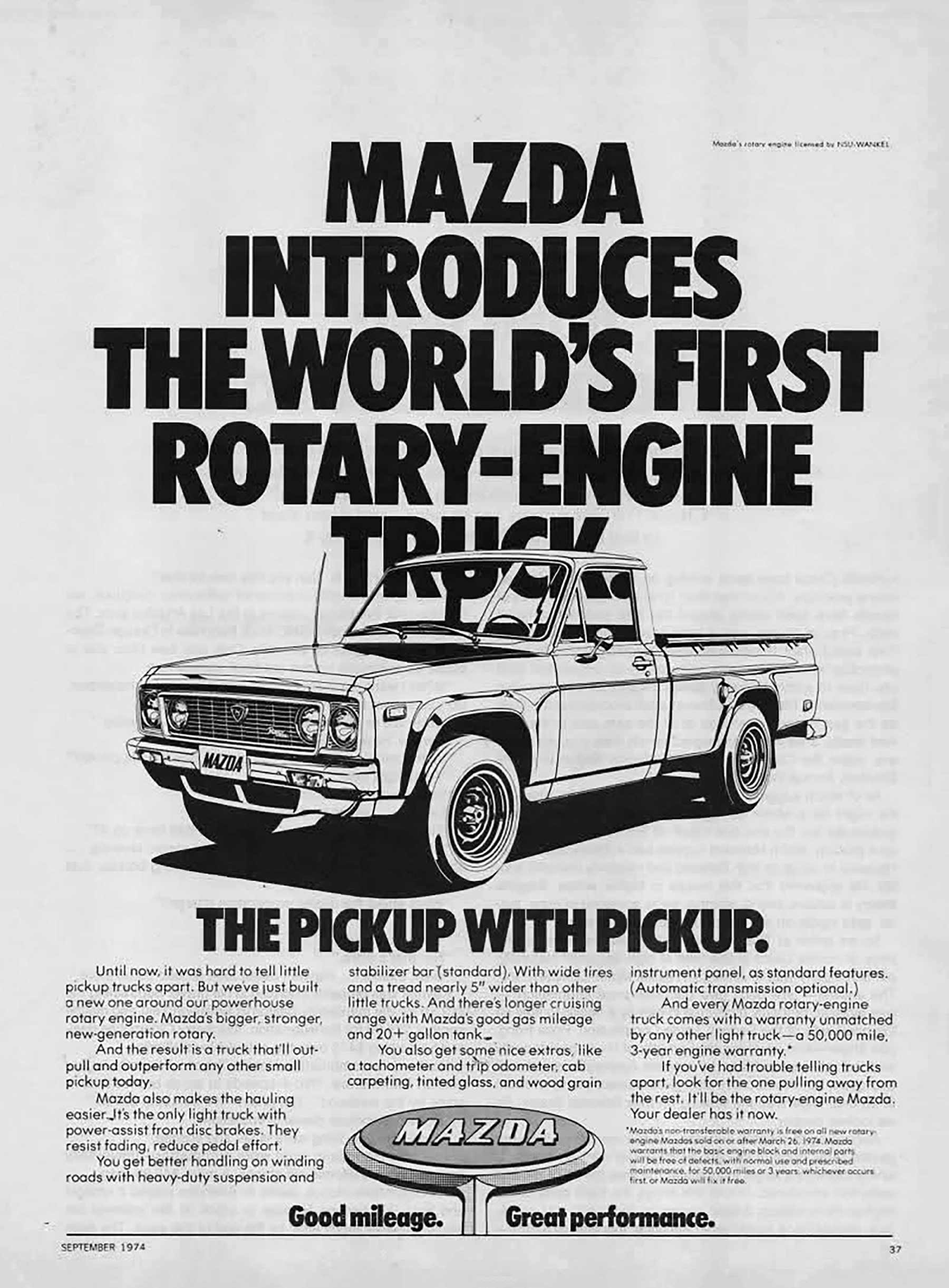 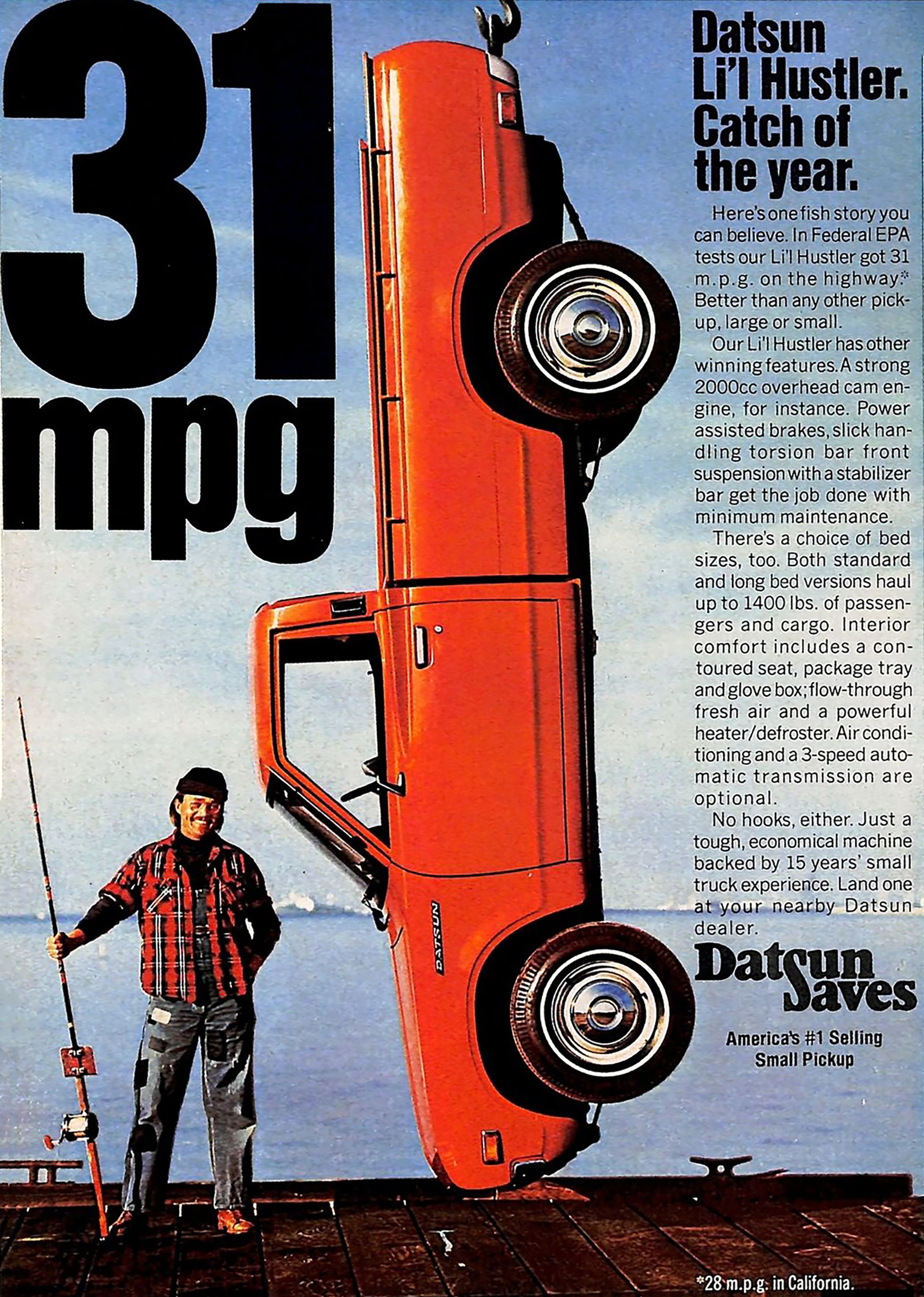 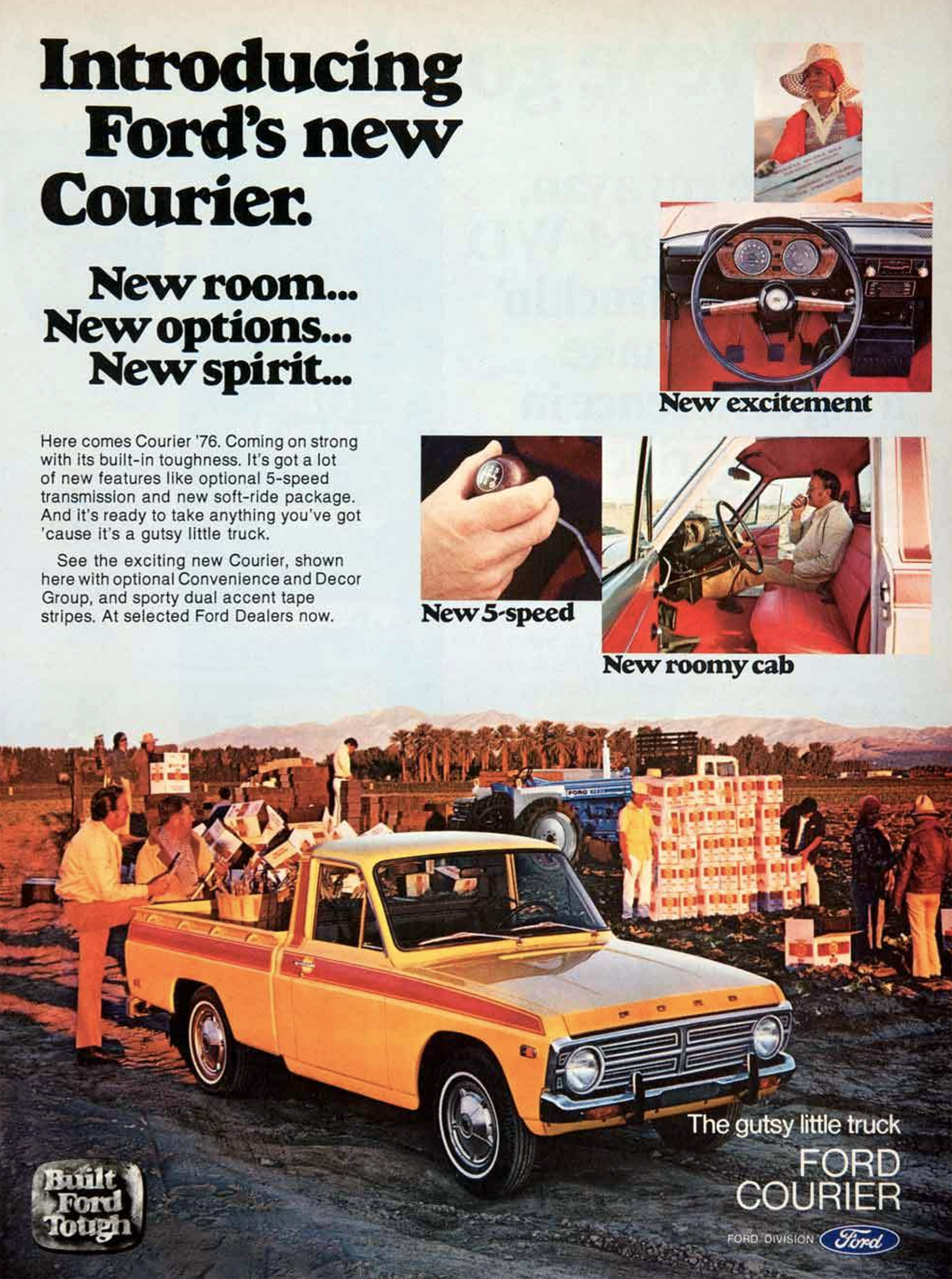 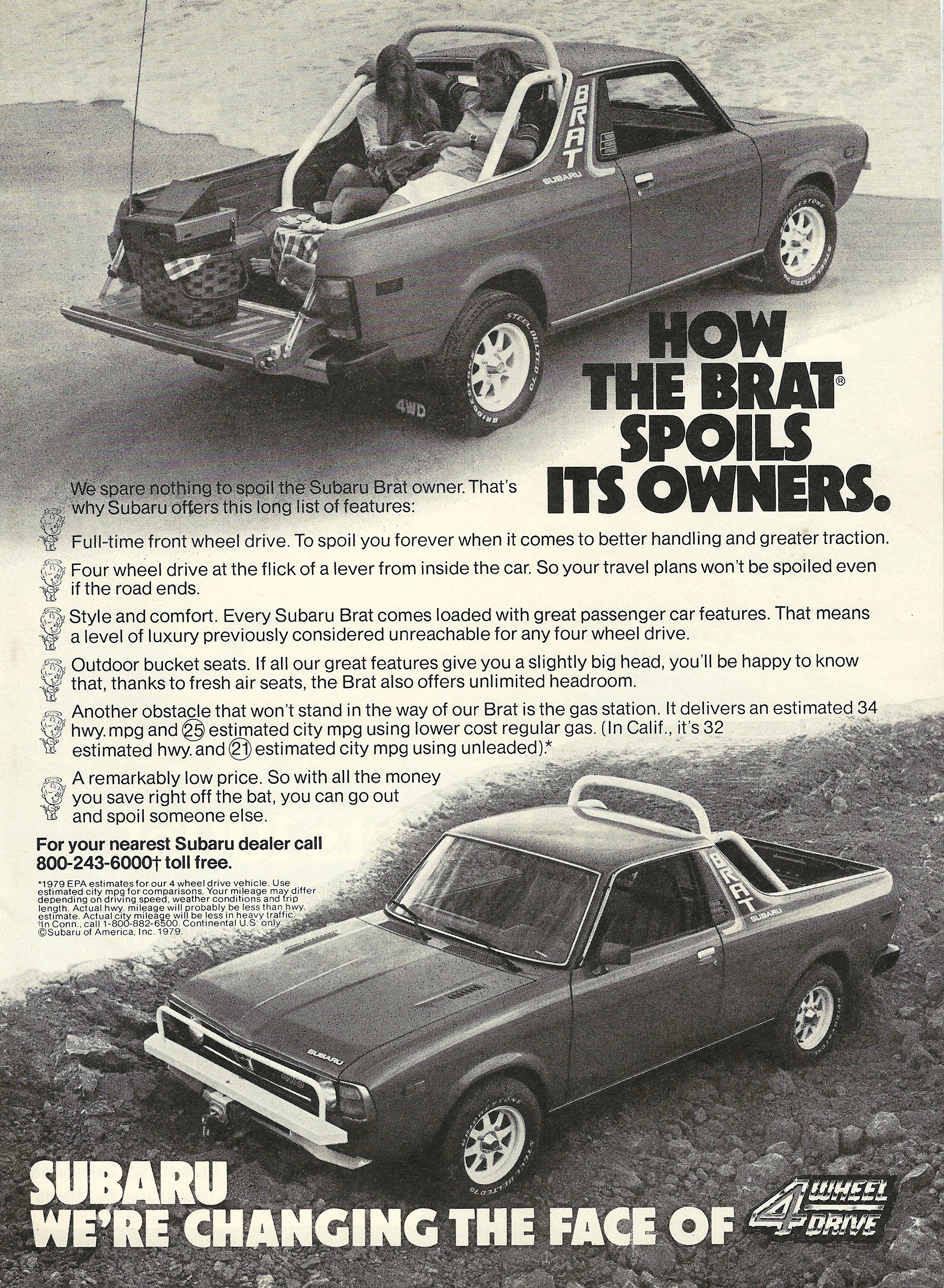 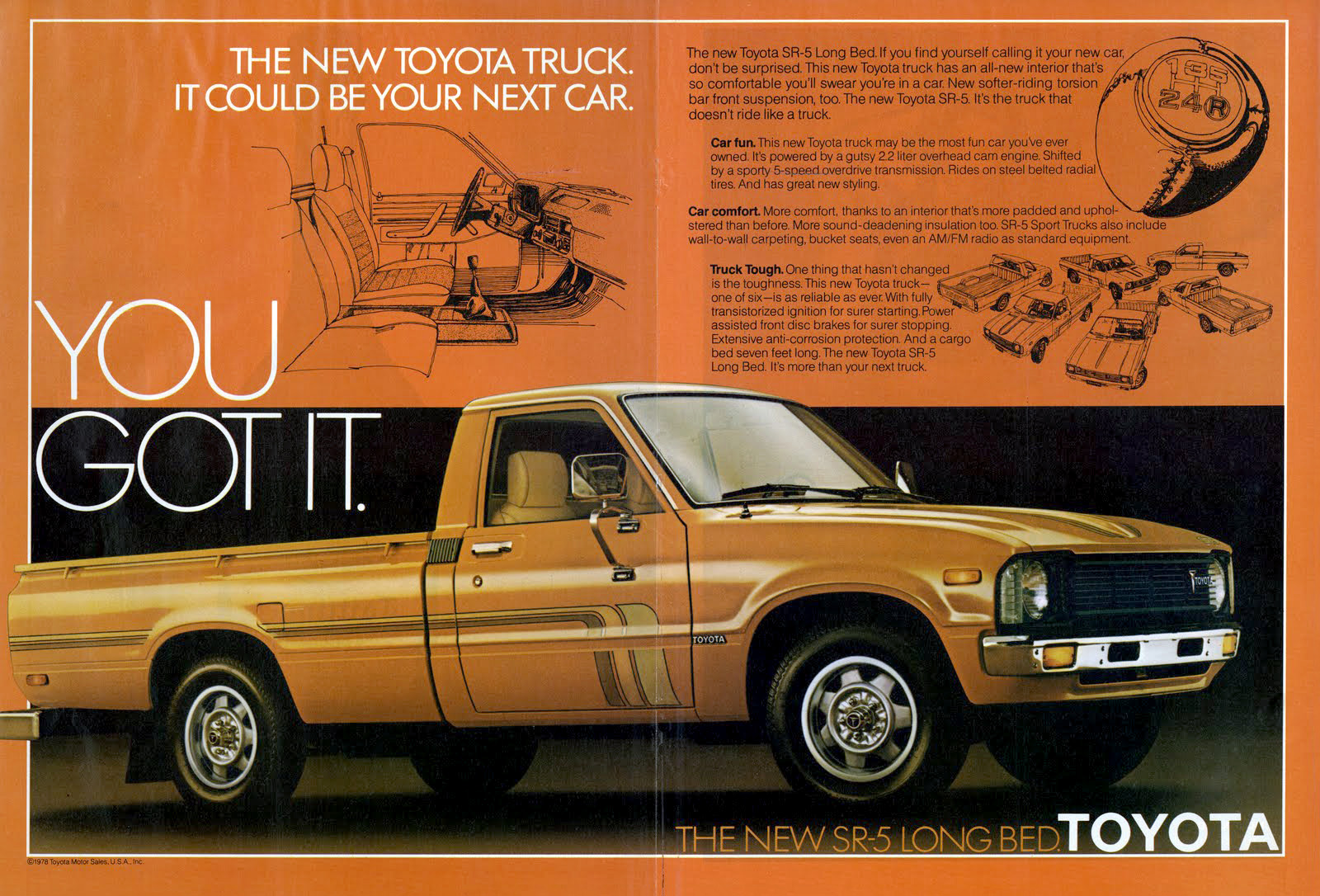 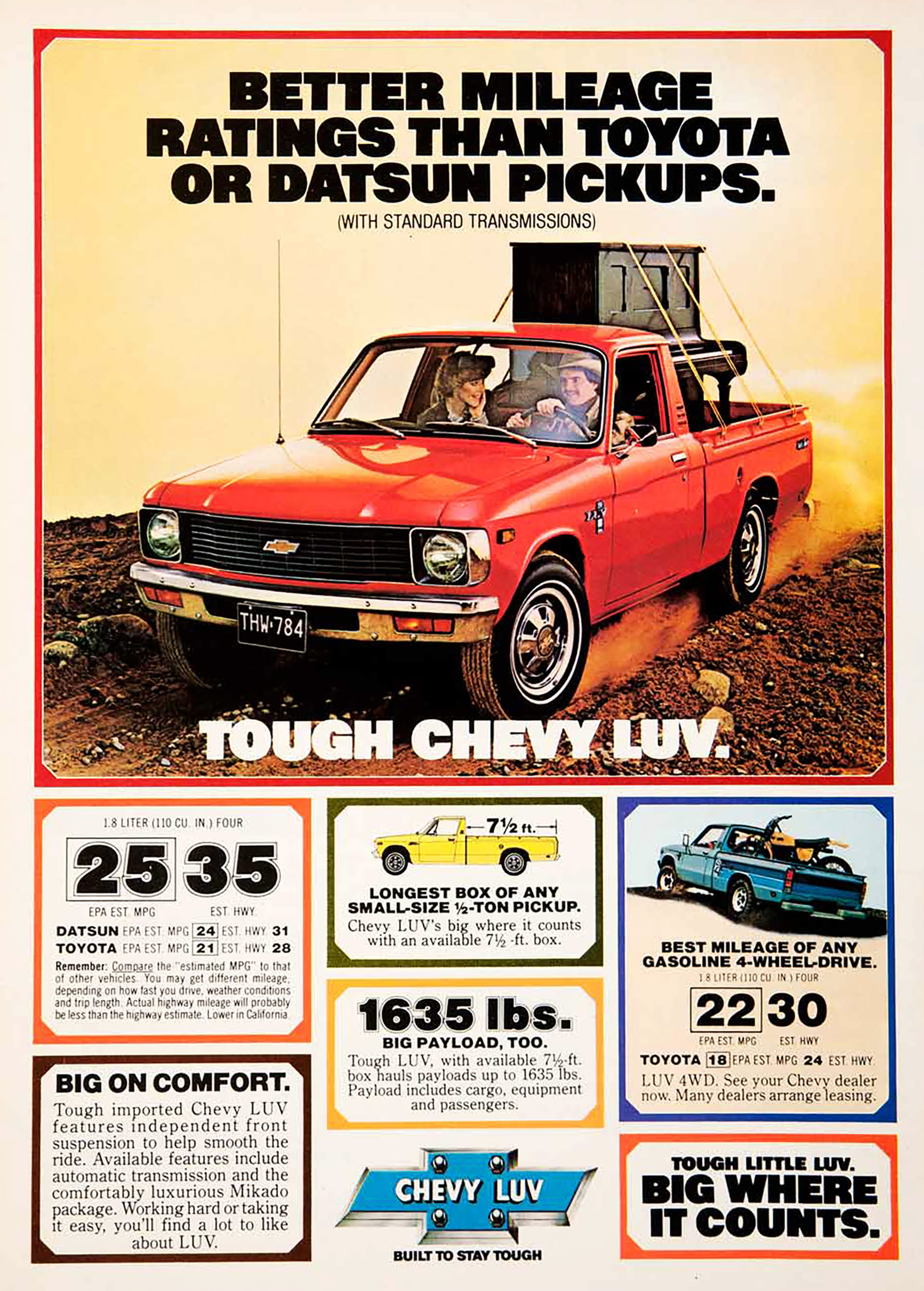 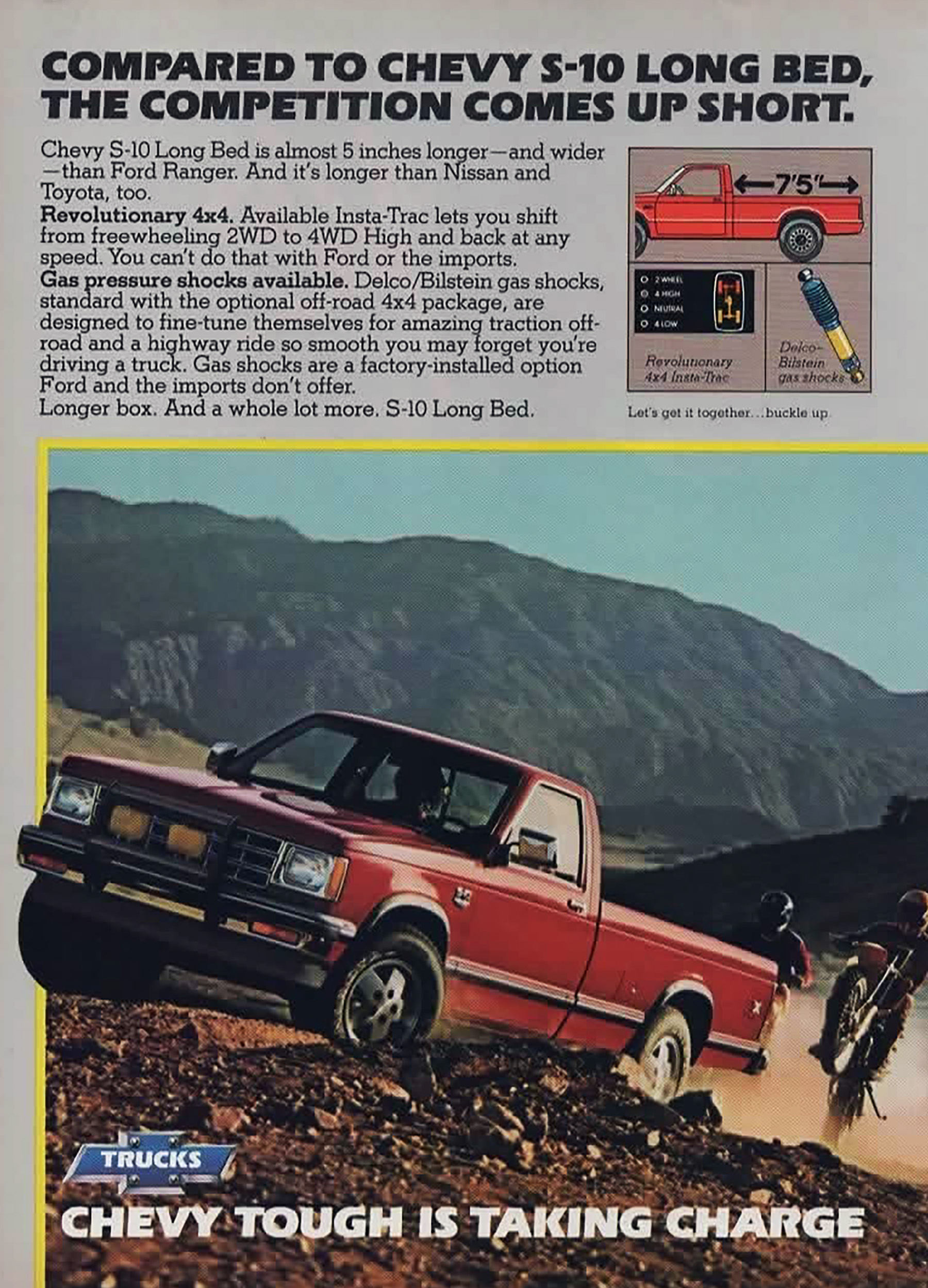 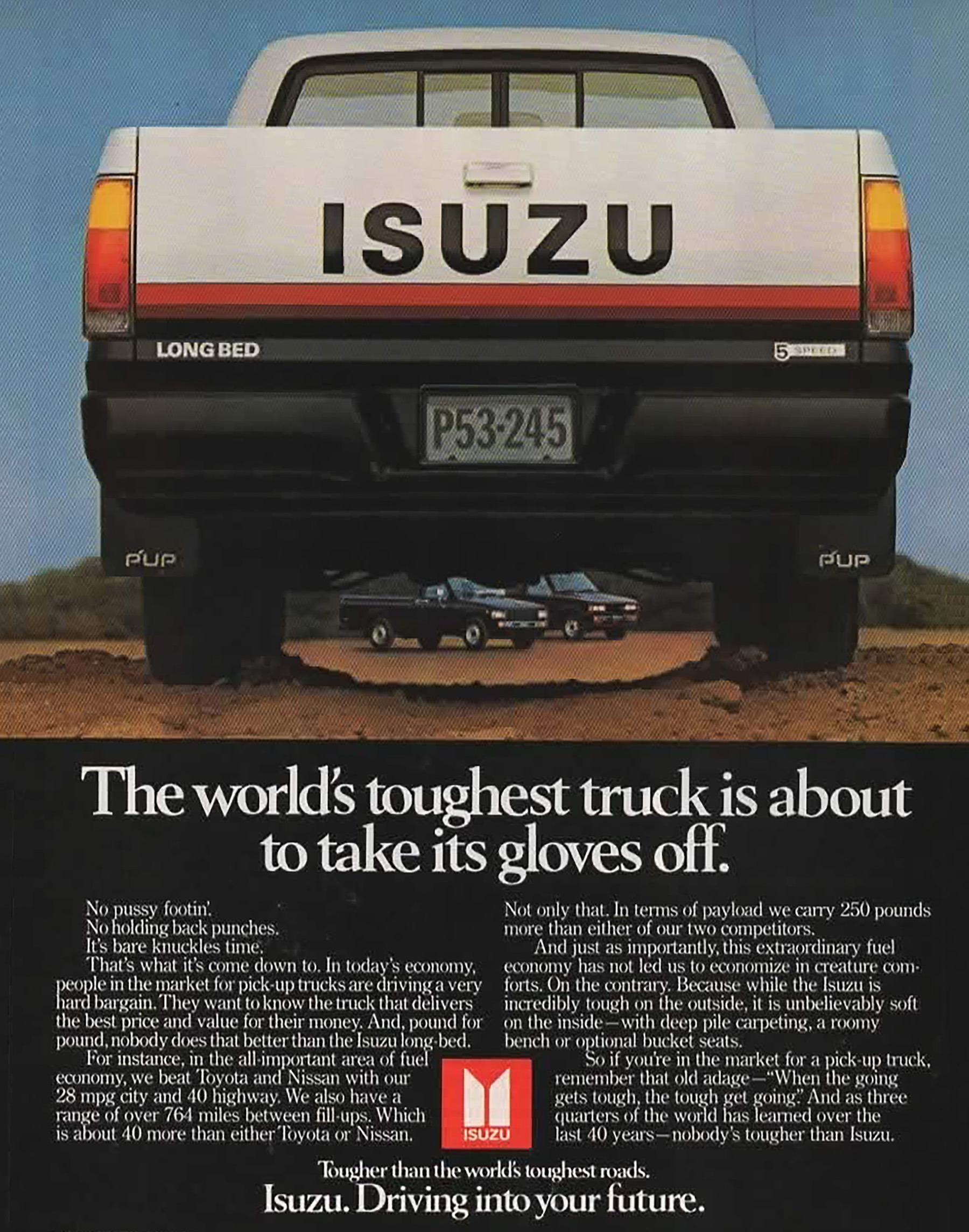 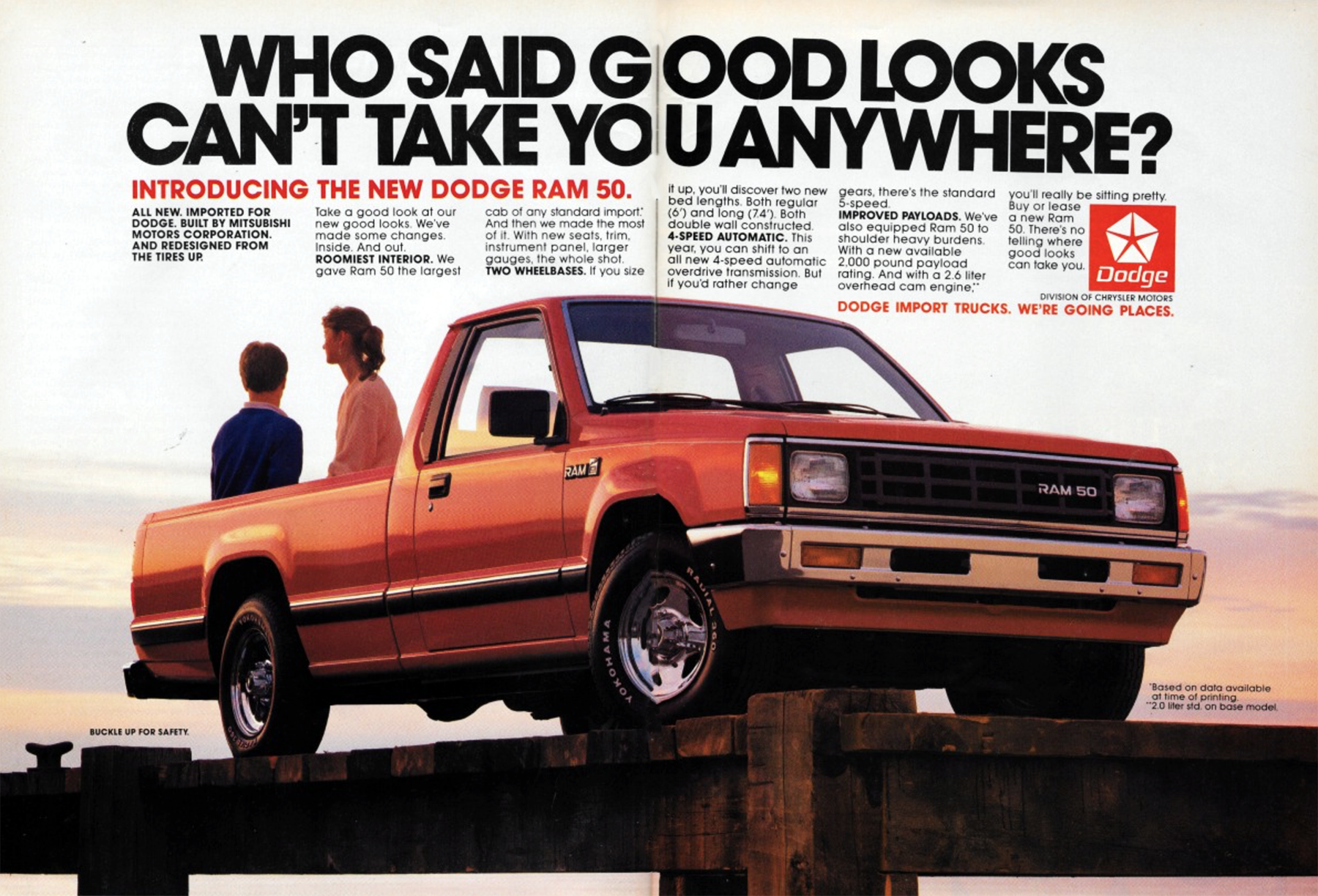 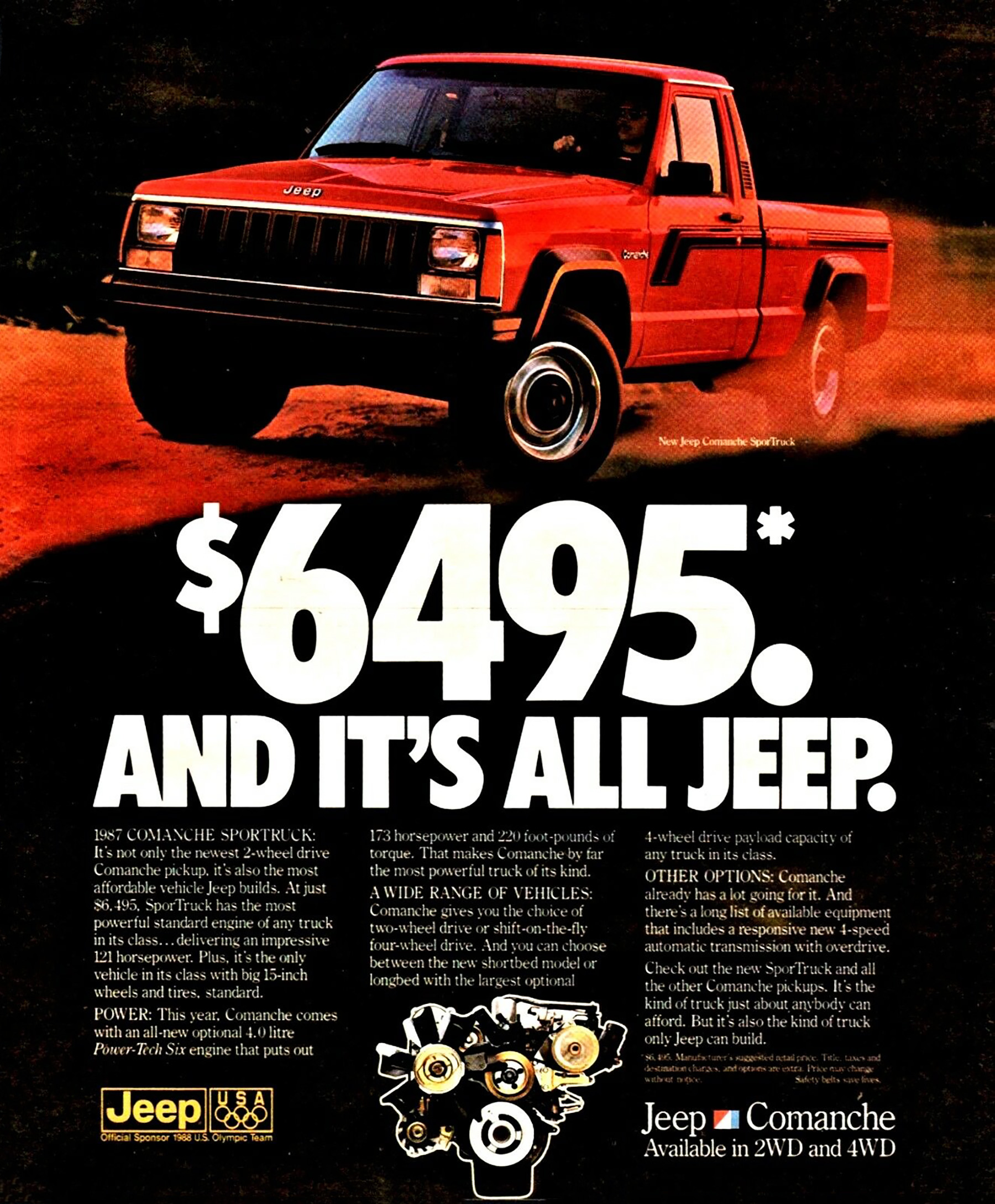 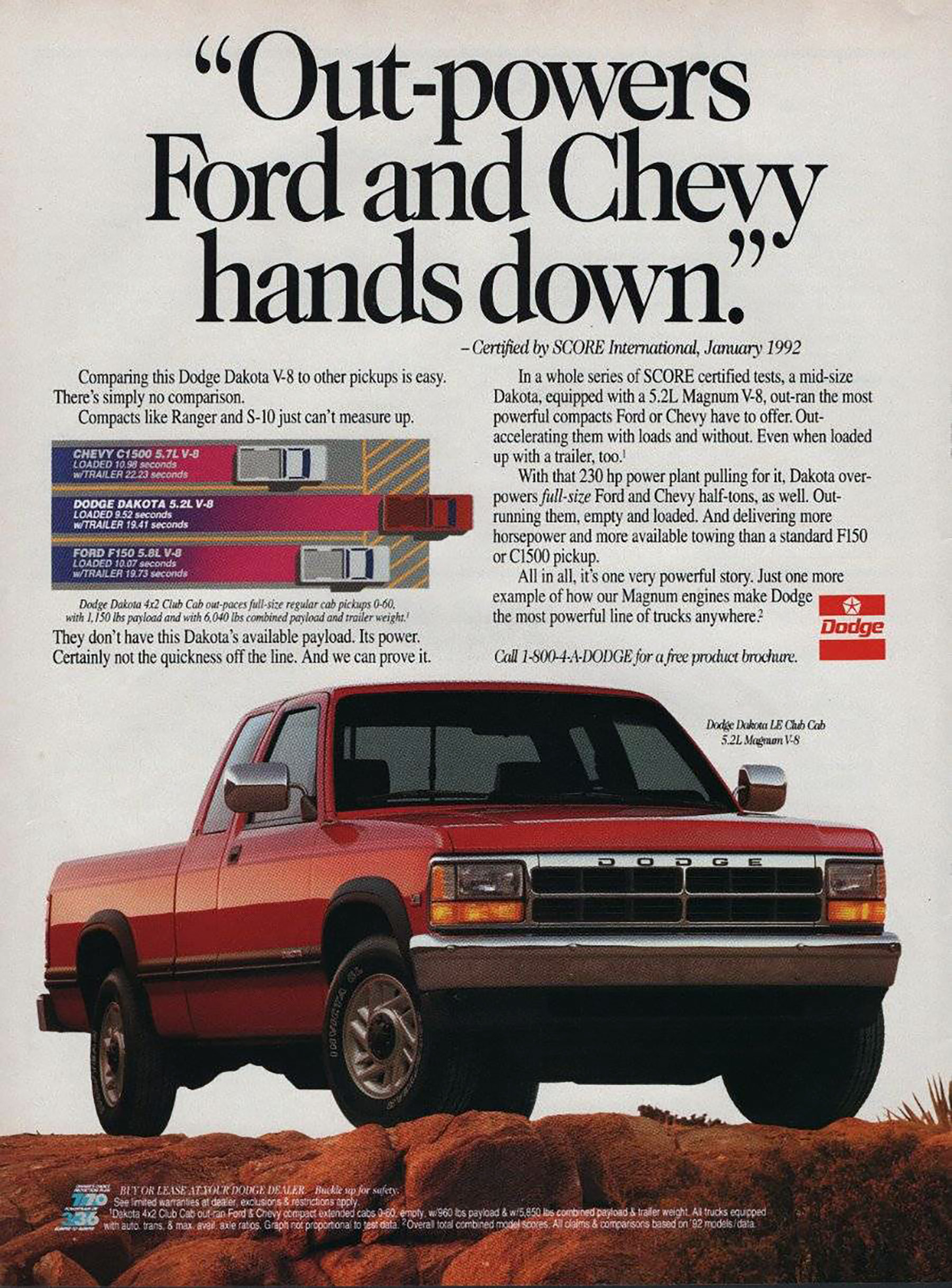 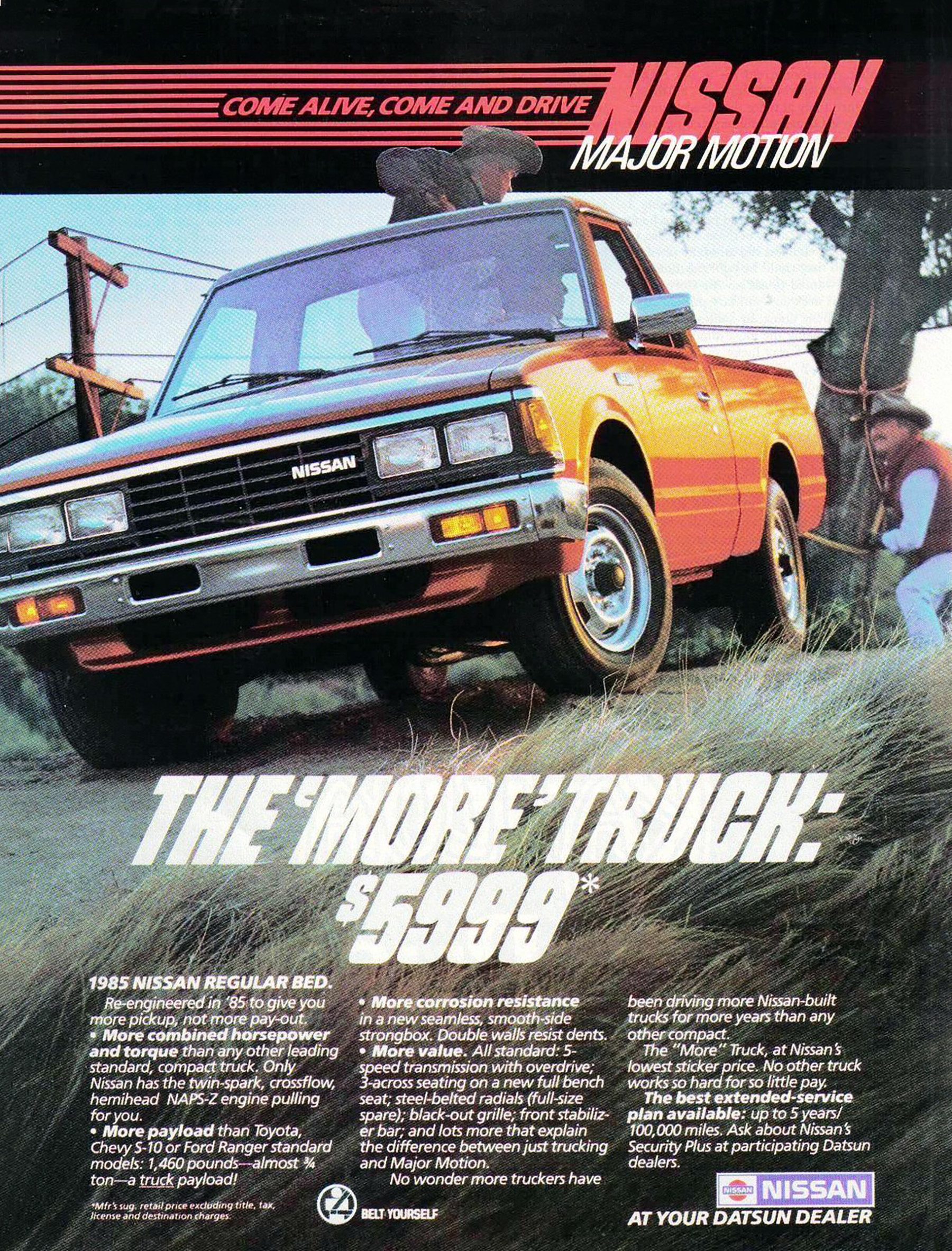