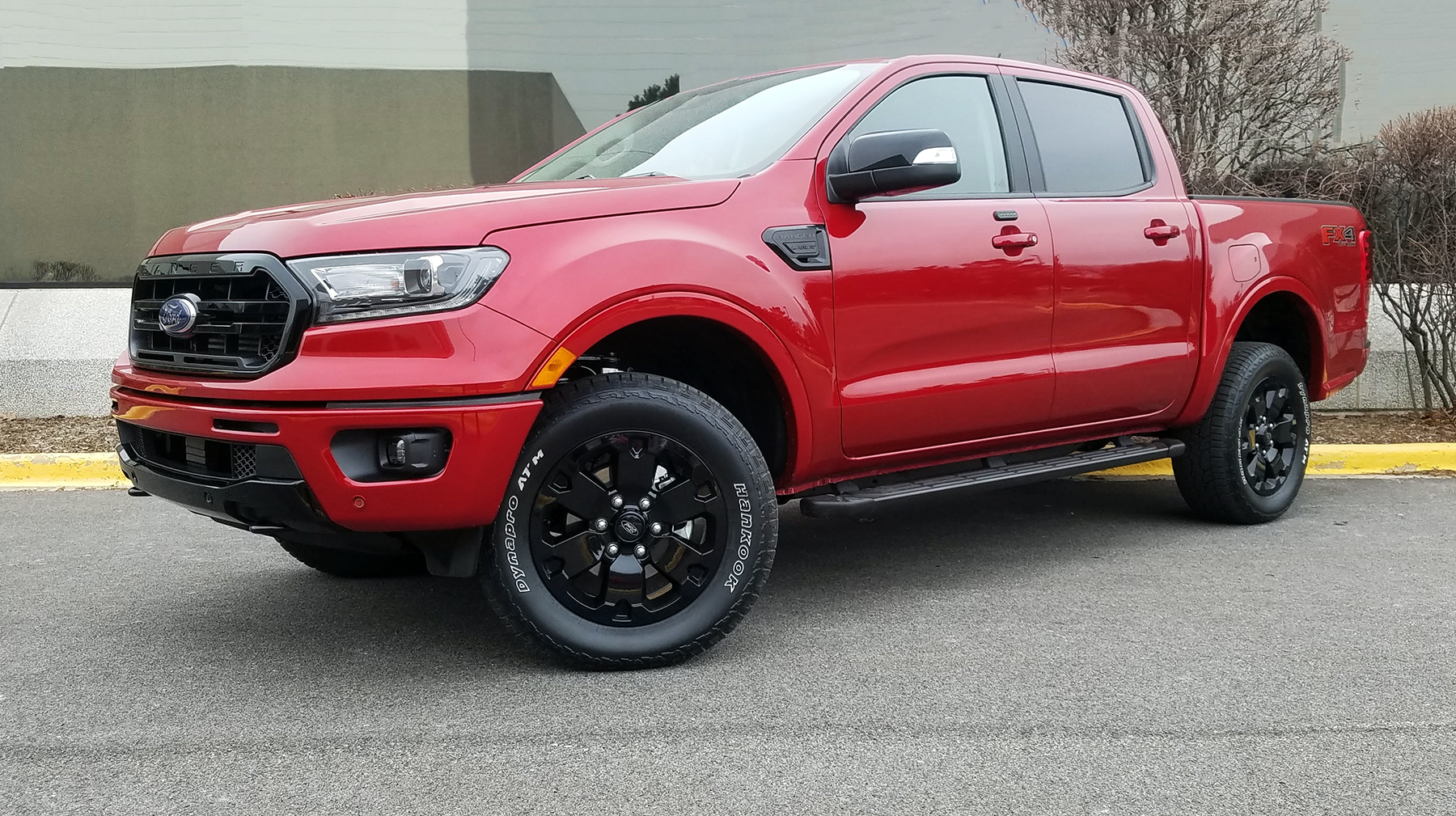 The not so good: Ride quality over rough pavement could be better; some control-layout compromises

It seems that Ford did not guess wrong by returning to the compact-pickup market. The freshly revived Ranger yielded 89,571 sales in 2019 (per the weekly Automotive News), enough to make it number 3 in the suddenly healthier small-truck field. 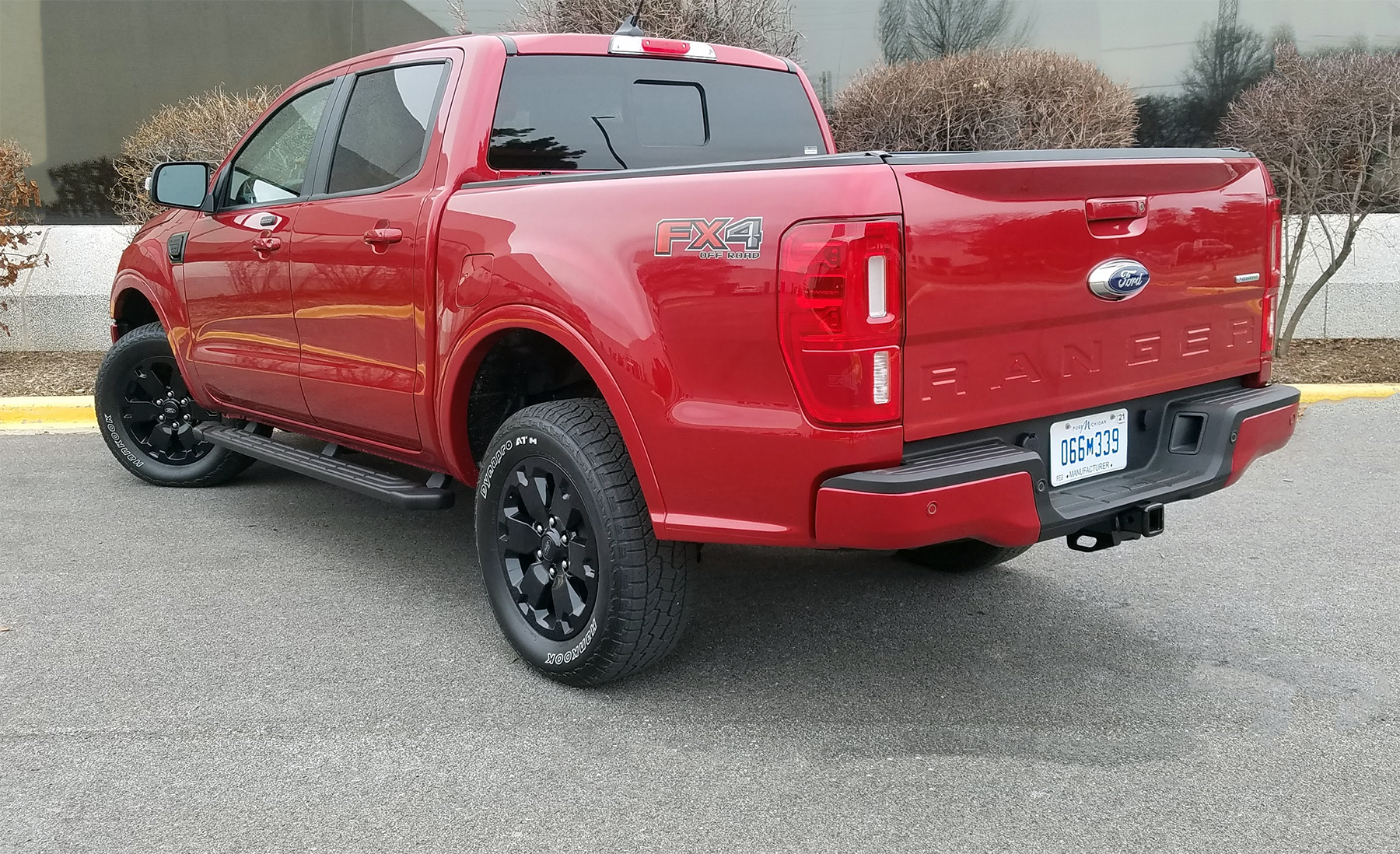 After its re-introduction for the 2019 model year, the Ford Ranger sees only minor changes for 2020.

Ford did, however, pull its punches somewhat. The body-on-frame rear- or 4-wheel-drive design piggybacked off a truck already sold in other markets around the world. There’s a single powerteam, two cab-and-bed choices, and three trim levels—though that doesn’t preclude more variety in the future.

Consumer Guide’s experience with son-of-Ranger has been similarly narrow. Our test of a Lightning Blue 4×4 2019 Lariat SuperCrew crew cab with the FX4 off-road package is followed for ’20 by a truck in the exact same configuration, save for its extra-cost Rapid Red Metallic paint—so there’s that.

By compact-pickup standards, the Ranger’s top-line Lariat trim level offers fairly classy interior trimmings and a decent list of upscale features, including heated front seats and leather upholstery. The $2005 Equipment Group 501A adds upgrades such as the Sync3 infotainment system with navigation and a Bang & Olufson stereo system.

With so little change, it’s not a stretch to imagine that our views and experience of the truck are essentially what they were in the renewed Ranger’s first year. At least our driving mix and, thus, our observed fuel mileage were different. With the 270-horsepower EcoBoost 2.3-liter turbocharged 4-cylinder engine and 10-speed automatic transmission contending with 65 percent city-type driving in the 2020 test, the truck averaged 17.7 mpg. Compare that to 2019, when just 25 percent of our miles were urban; then CGers collectively averaged 21.4 mpg. Unfortunately, neither of those is close to EPA projections, which figure a 4-wheel-drive Ranger should get 20 mpg in the city, 24 mpg on the highway, and 22 in combined driving.

In crew-cab form, the Ranger offers decent rear-seat space. Back seaters get dual USB charge ports and a 12v jack.

Being as it was optioned a little differently than our first Ranger, the 2020 truck posted a bottom-line figure of $47,305. Though not the most expensive of the packages added to our tester, the one that made the most impact on its character was the $1295 FX4 group. It includes off-road-oriented monotube shock absorbers, 265/60R18 off-road-tread tires, an electronic-locking rear differential, chassis skid plates, the Terrain Management System (with four selectable drive modes), Trail Control (with hill-descent control), and pitch/roll/steering-angle screen displays.

Perhaps rolling around on urban side streets and expressways isn’t an FX4 Ranger’s ideal use, but it’s going to find itself there sooner or later. It’s actually pretty tolerant of open-road highway driving, a little loud perhaps, but ready to toss off most road blemishes with a modest thump and a quick recovery. However, at lower speeds, dips and holes tend to jolt and rock the truck. (The side-to-side wag of the cabin caused one tester’s passenger to bump her head on the seat-belt adjuster located in the B-pillar.)

The Ranger’s sole powertrain is a turbocharged 2.3-liter EcoBoost 4-cylinder that puts out 270 horsepower and 310 pound-feet of torque. Black-painted 18-inch aluminum wheels are included in the Black Appearance Package, which also adds black running boards and a “Toughbed” spray-in bedliner.

Driveline selections—2- or 4-wheel “high,” plus 4-wheel “low”—are made at the twist of a dial on the console. The Ranger comes with a part-time 4-wheel system that shouldn’t be engaged on dry pavement. Note that an FX2 package is new for rear-drive Rangers in 2020. It offers a choice of 17- or 18-inch wheel sizes, but does not have the FX4’s skid plates or traction systems.

Acceleration won’t induce swoons, but there’s still fine power from the turbo four that makes 310 lb-ft of torque. If we have any carried-over complaint, it’s that the response to a stab at the gas at speed is sometimes delayed. Maximum towing capacity is 7500 pounds.

The Lariat is the top-trim version, above the XL and XLT. It’s fairly nicely equipped, just not overly plush. Grained plastic is the surface on much of the dash surface and door panels. But that’s offset by standard equipment like leather upholstery; 8-way power-adjustable front seats; dual-zone automatic climate control; an easily programmed Sync3 infotainment system; and driver-assistance tech like blind-spot and rear cross-traffic alerts, lane-keeping assist, pre-collision assist with automatic emergency braking, and front and rear obstacle sensing.

A hard folding tonneau cover is a $995 option. Decals on the bed sides announce the presence of the $1295 FX4 Off-Road Package, which adds off-road shocks, off-road-tread tires, chassis skid plates, and other off-roading gear.

While nowhere nearly as spacious as a full-size crew-cab pickup, the Ranger SuperCrew still has room for as many as five adults, with three-across capability on the rear cushions that flip up to reveal storage bins. There’s good vision for drivers, but with an extra 0.5 inch of ground clearance in 4x4s, step-in will be a reach for shorter occupants. (Running boards are an option.) Cabin-storage choices aren’t bad, but the control layout is compromised in our eyes by low-set and hard-to-see climate controls further hampered by quite a few repetitive-push buttons.

All in all, it seems that Ford has reentered the compact-truck arena at a good place with the Ranger. It will be interesting to see where it goes from here.

Though it doesn’t really shake up the status quo, the Ford Ranger is a credible entry into the compact-pickup market. We wouldn’t be surprised to see new Ranger models and powertrain choices in the future that add to its appeal. 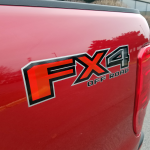 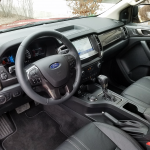 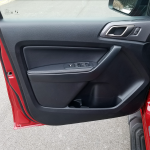 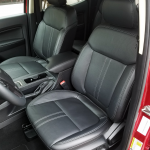 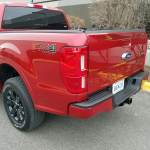 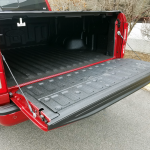 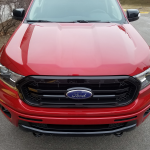 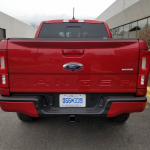 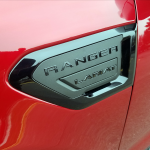 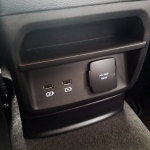 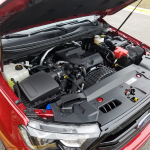 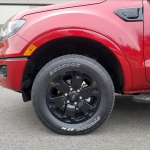 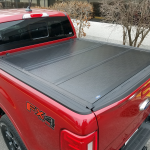 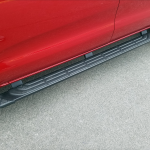 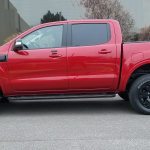 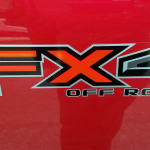 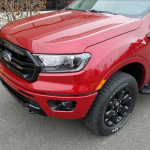 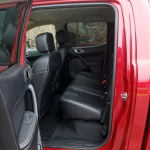 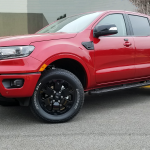 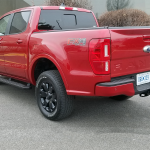