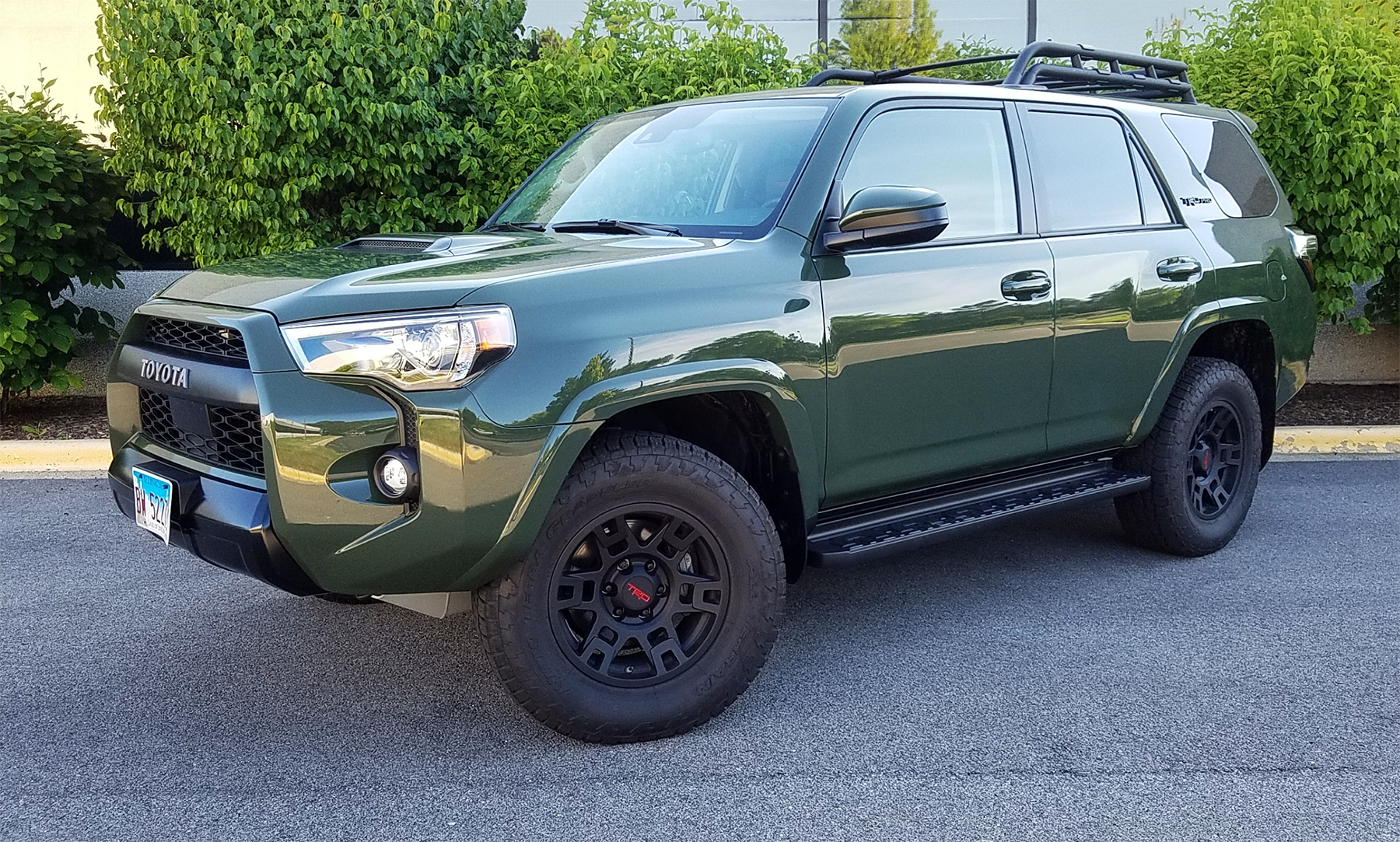 If you’re going to continue to make a body-on-frame midsize sport-utility vehicle—as Toyota does with the 4Runner—for a market that seems perfectly happy with unit-body crossovers, then you might as well play up its greatest advantage. Toyota does that, too.

Of the 4Runner’s nine trim-and-driveline permutations, six come with 4-wheel drive, and half of them are some sort of TRD-badged off-road special. At the top of that little subgroup—and at the price pinnacle of the entire 4Runner product line—rests the TRD Pro that Consumer Guide had the chance to test. 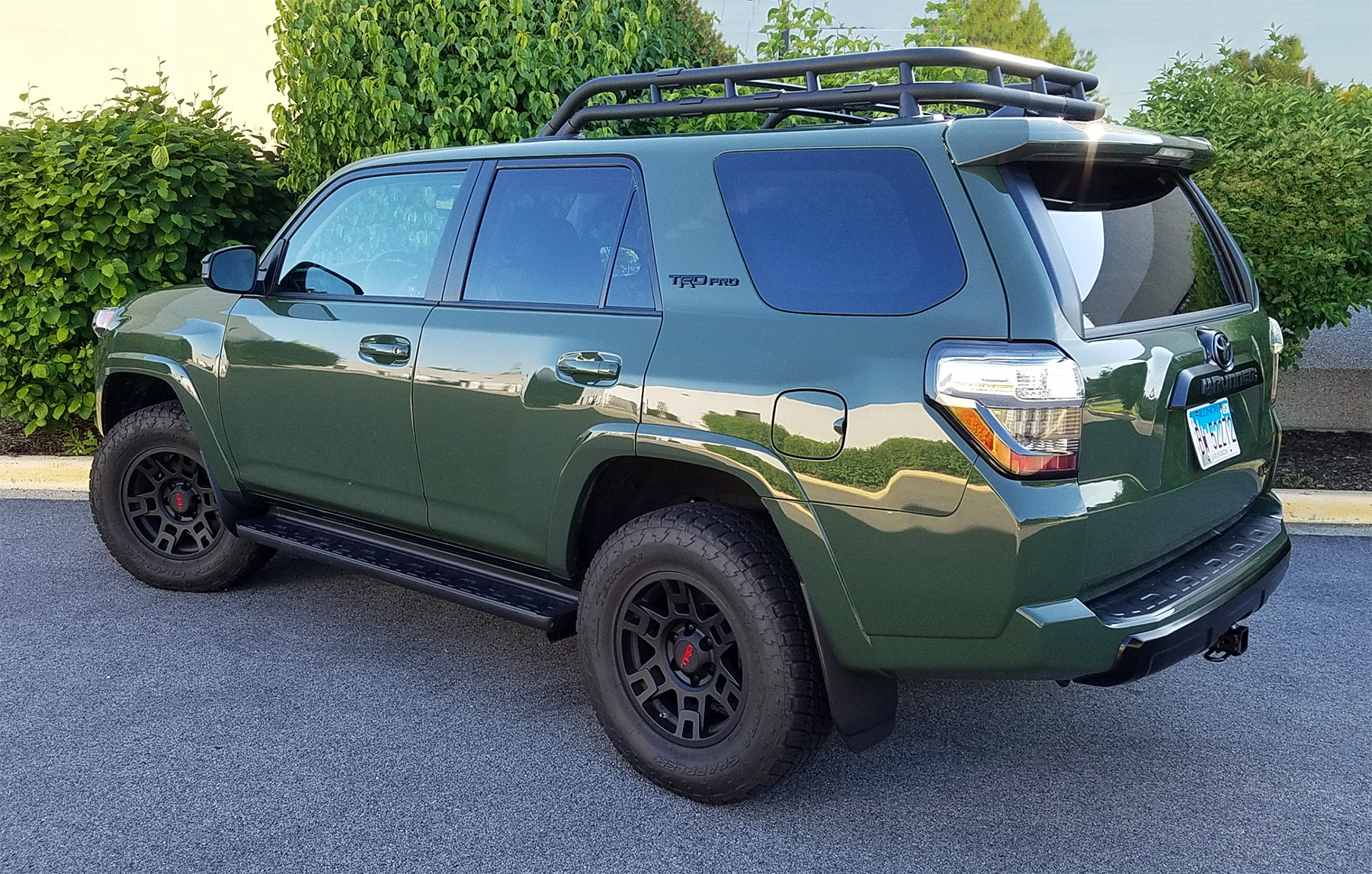 The Toyota 4Runner is one of the most unapologetically old-school off-road-oriented SUVs on the market today, and the TRD Pro trim level–the priciest model in the lineup–amplifies the 4Runner’s capabilities and rugged looks.

The 4Runner TRD Pro starts at $50,885 with delivery. That’s $7295 more than what Toyota charges for a TRD Off-Road Premium and $10,180 in excess of the basic Off-Road model. The extra cash buys a considerable list of items that are mostly unique to the Pro. 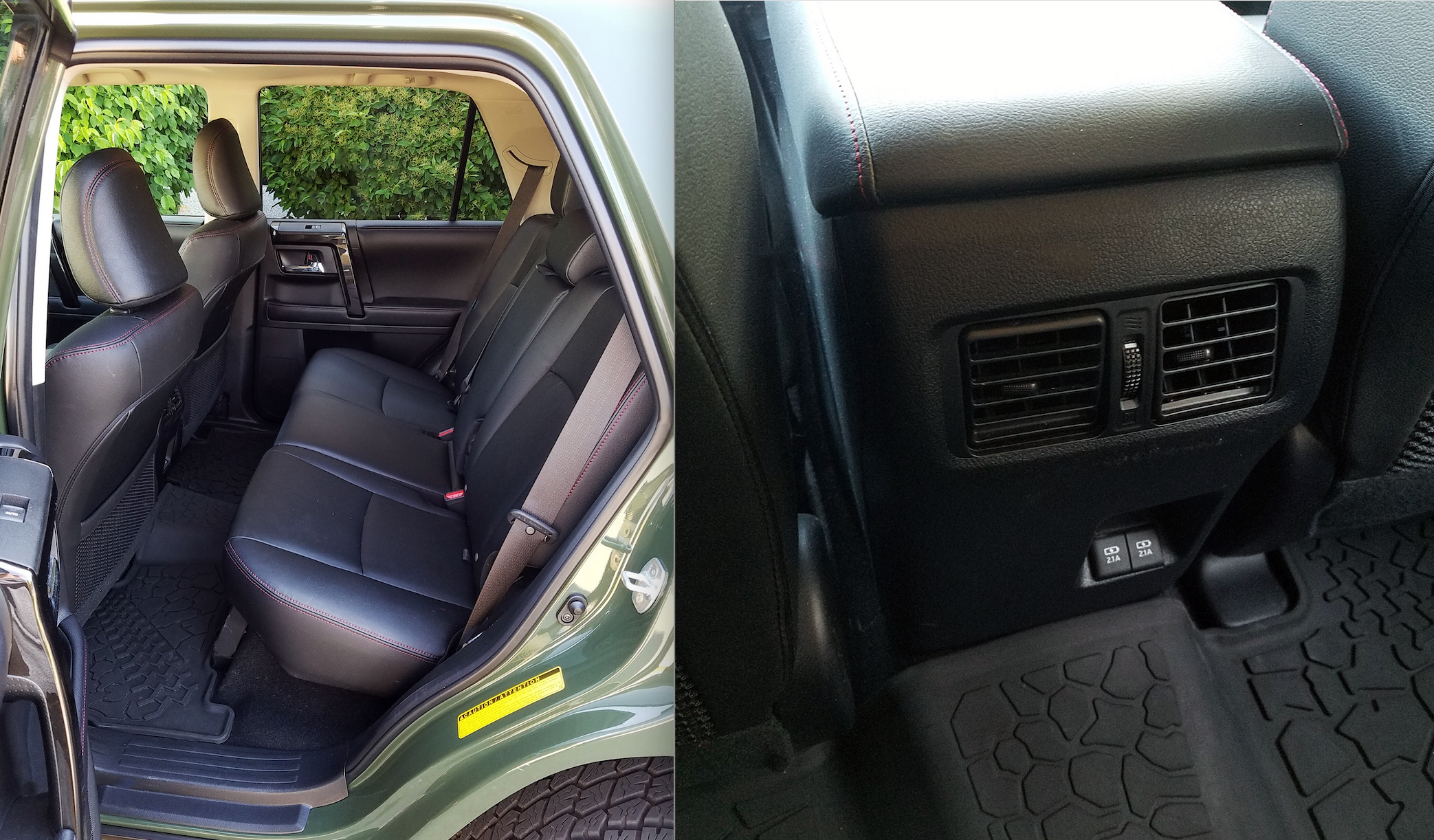 The step-in is a bit high, but the 4Runner’s rear seat is spacious enough for adults to ride in comfort. Passengers get HVAC vents and dual USB charging ports built into the back of the center console.

We didn’t have the opportunity to get the Army Green test vehicle off of any beaten paths. As for its on-road behavior, at highway speeds it displayed considerable road noise and required a fairly steady stream of very minor steering corrections, likely attributable to the all-terrain rubber. Otherwise, it called to mind Off-Road Premiums that CG has tested in recent years, with a stiffer ride and heavier handling than in crossovers, and some sense of tippiness when cornering.

Our test vehicle was equipped with the $350 sliding rear cargo deck, which makes loading big or heavy items a bit easier. There’s 46.3 cubic feet of cargo space behind the rear seats, and 88.8 cubic feet with the rear seat backs folded.

The 4Runner’s construction type might seem outmoded—it’s the only body-on-framer left in its size class—but it is genuinely old. The overall design of the current generation was new for 2010; the last significant freshening was done in 2014. Since then it has come down to a series of model-line changes and equipment advances to make what improvements have gone into the 4Runner. For 2020, all models receive Toyota Safety Sense P safety equipment (autonomous emergency braking, lane-departure warning, adaptive cruise control, and automatic high-beam headlights) and Apple CarPlay/Android Auto capability as standard fare. Other significant items built into the TRD Pro include navigation, an 8-inch touchscreen, air conditioning, SofTex leatherette upholstery, heated front seats with “TRD” identification stitched in red on the headrests, leather-wrapped tilt and telescoping steering wheel, keyless entry and starting, automatically dimming rearview mirror, heated power external mirrors, and a power sliding rear window.

There is nothing new about the 4Runner powerteam: a 4.0-liter V6 of 270 horsepower and 281 lb-ft of torque joined to a 5-speed automatic transmission. There’s nice life to around-town behavior, with good standing-start response. The 4Runner also cruises comfortably on the expressway when traffic conditions permit. The transmission may be down a few gears by modern measure, but it still serves the vehicle well. Kickdown for passing power happens quickly. EPA estimates for fuel mileage are 16 mpg in city driving, 19 mpg in highway use, and 17 combined. This reviewer recorded 17.8 mpg after driving the test truck for 59.7 miles, 40 percent of that in city-style operation.

The 4Runner’s powertrain is antiquated–it still uses a 5-speed transmission, where most rivals have moved to 7- or 8-speed gearboxes–but the 4.0-liter V6 supplies good power nonetheless. Tough-looking 17-inch alloy wheels with a black finish come standard on the TRD Pro, as do Nitto Terra Grappler all-terrain tires.

Some 4Runners come with three rows of seating for 7-passenger capacity, but all TRD models are 5-seaters with two-row seating. Overall, though, passenger room is merely OK by modern standards. There is decent legroom in front, but a little less of it in back. Three adults might squeeze across the second row if necessary. Headroom is good throughout. Seats are supportive, and the second-row back rests recline. Step-in is higher than in crossover sport-utes. The optional running boards that helped push the total cost of the tested vehicle to $51,968 were helpful in entries and exits.

Soft-touch surfaces cover the top of the dash and much of the door panels. Handy large dials control most climate-system settings, and physical knobs simplify audio tuning. Personal-item storage is handled by a glove box and covered console box that are both ample, storage pouches on the backs of the front seats, door pockets with bottle holders, and open cup holders in the center console and pull-down armrest in the middle of the back seat.

Cargo room behind the second-row seats is excellent for the class, and flexibility is enhanced by an optional sliding cargo deck that can be pulled out over the bumper for easier loading. This device can support 440 pounds, and when retracted serves as the cover for a shallow hidden storage space. For even more cargo room, the cushions for the rear seats, split 60/40, pivot forward to allow the seat backs to then fold completely flat.

At more than $50,000, the 4Runner TRD Pro reaches into the expensive end of the non-premium midsize sport-utility field. It’s a cost that will seem that much more glaring to anybody who highly rates comfort and modernity. But the 4Runner hangs on to be the choice for folks who’ve got other things on their minds.

It’s not cheap, and it trails its more-modern crossover SUV competitors in terms of fuel economy, driving manners, and ergonomics, but the 4Runner TRD Pro boasts a distinctive off-road attitude and Toyota build quality. 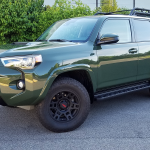 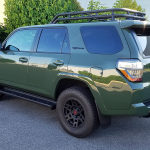 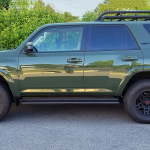 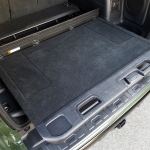 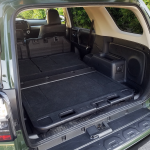 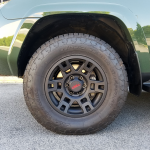 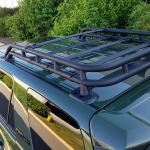 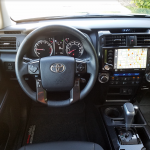 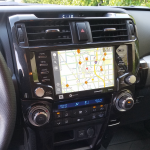 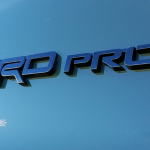 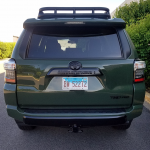 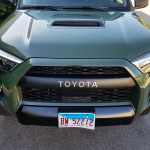 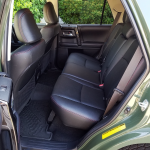 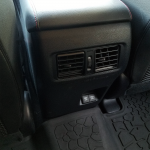 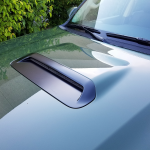 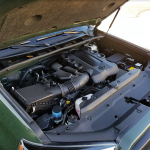