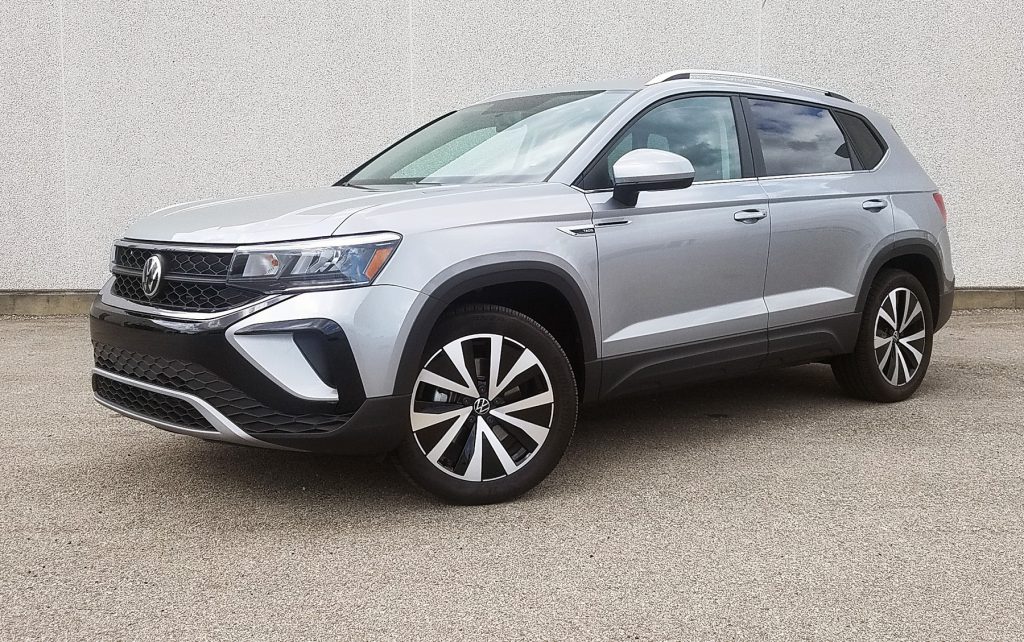 The good: Clean styling inside and out; nicely balanced driving dynamics for a crossover SUV; decent fuel efficiency

Volkswagen used to be quite happy selling Americans a square-backed hatchback sedan, a small compact called the Golf. That went on for many years until VW (and most of the rest of the automaking world) noticed that same customer base had grown quite happy buying small crossover sport-utility vehicles instead of sedans, regardless of shape. 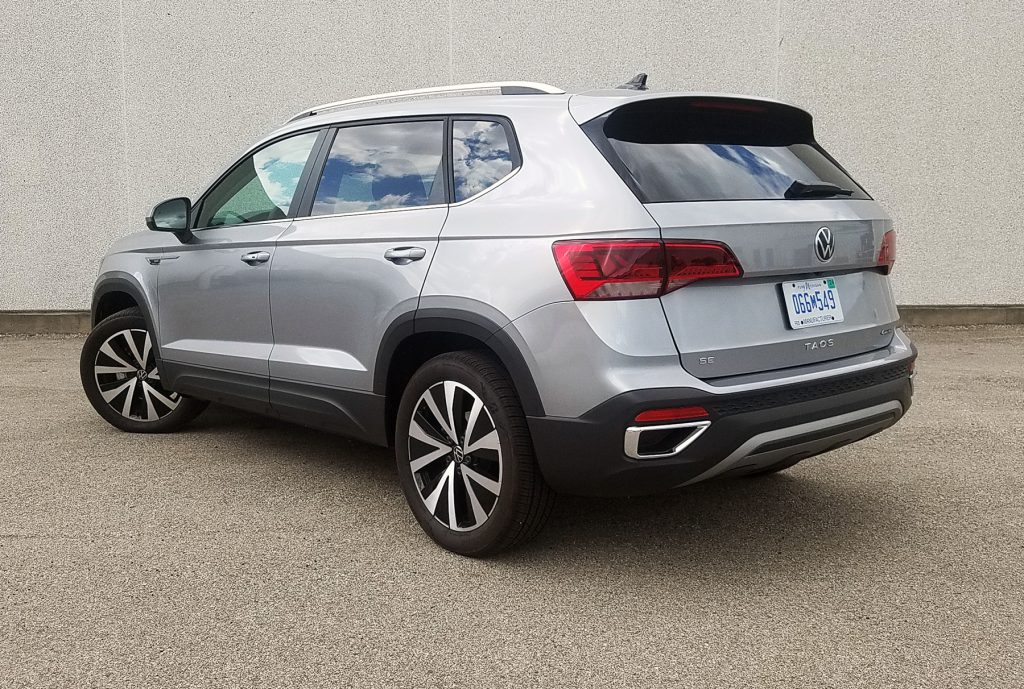 The Taos debuts for 2022 as Volkswagen’s entry into the North American subcompact SUV segment, and the de facto replacement for the departed VW Golf compact hatchback. In size and price, the Taos slots in below the VW Tiguan.

The upshot is that for 2022 Volkswagen no longer sells “mainstream” Golfs in the U.S. (only sporting GTI and R models remain) but it does have a new large-subcompact SUV called Taos. VW hopes those erstwhile Golf buyers—or anybody interested in small sport-utes—will like it just as well.

At 175.8 inches long overall and perched on a wheelbase of either 105.6 or 105.9 inches (it varies with rear suspension), the Taos is 9.3 inches shorter bumper to bumper and about four inches narrower between the wheel centers than Volkswagen’s compact-class Tiguan. Measured against others in its subcompact group, however, the Taos is the 95-percentile newborn that towers over the other babies in the maternity-ward nursery. For example, Consumer Guide’s “Best Buy” Kia Seltos and Hyundai Kona respectively have wheelbases two to three inches shorter than the Taos and are almost four to 12 inches more compact externally.

The Taos’s interior is built to a price with a fair amount of hard plastic, but even base S models get a digital instrument cluster. SEs add features such as heated front seats, an 8-inch touchscreen infotainment system (in place of the base 6.5-inch screen), and wireless (in place of wired) Apple CarPlay/Android Auto connectivity. The center console houses the engine start/stop button, a wireless charging pad, and the drive-mode selector knob.

If this is supposed to be the SUV that Golf buyers would buy if they buy an SUV, they’ll get more cargo room: 25 cubic feet in all-wheel-drive models or 28 cubic feet with front drive. It’s handy, too. The flat load floor rises to bumper height, though the rear corners drop off into cubbies handy for securing small incidentals, and there are a couple of slots available in the foam organizer around the spare tire that’s stored under the floor. Backs of the 60/40-split seats fold flat, but at a slight rise from the cargo floor, so a little care needs be taken when inserting long loads.

A related benefit of the Taos’s dimensions is abundant head- and legroom in both rows. Three nonadult people might fit across the second row but the middle passenger will have to work around a modest floor hump. Driver vision is good. 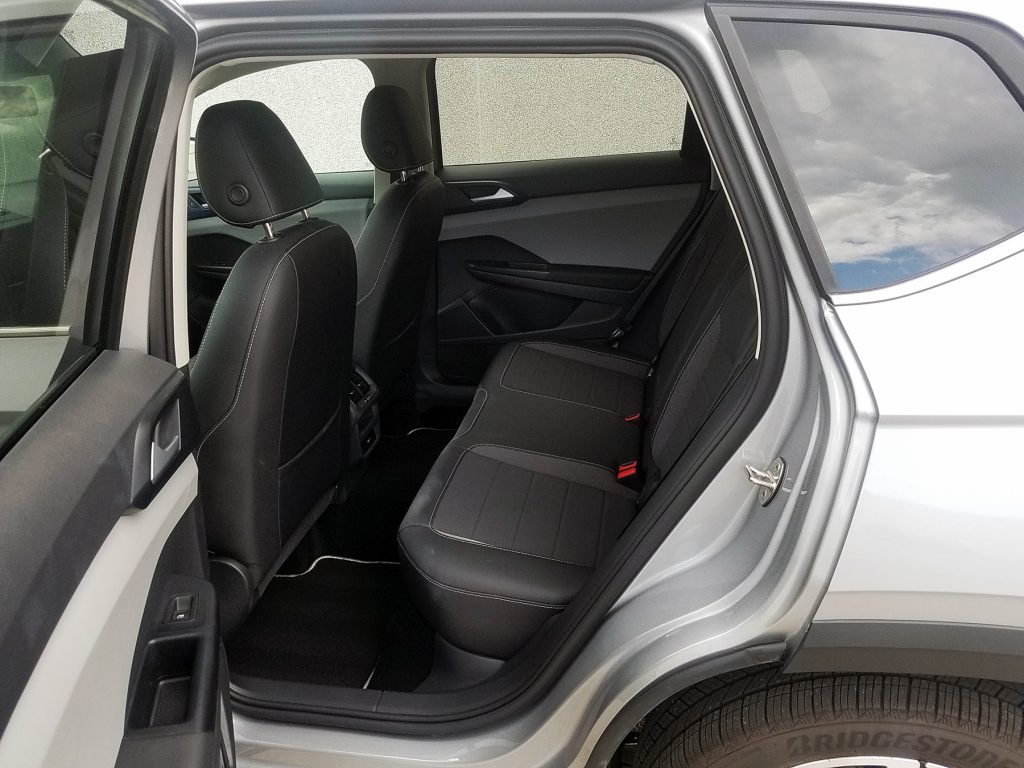 Rear-seat space is a Taos strong point–both headroom and legroom are better than expected, given the compact exterior dimensions. A relatively high seating position is another benefit for tall passengers.

The Taos comes in three trim levels—S, SE, and SEL—each in a choice of front-wheel or all-wheel drive. CG tested an SE with 4MOTION AWD, a vehicle with a starting price (delivery included) of $29,890. That’s $1450 more than a front-drive SE costs.

There is but a single engine for all—a 1.5-liter turbocharged 4-cylinder that makes 158 horsepower and 184 lb-ft of torque—but two different transmissions. A conventional 8-speed automatic serves trucks with front-wheel drive but 4MOTION-equipped Taoses are fitted with a 7-speed dual-clutch automatic. It’s enough power to get around nicely on city streets or faster-paced highways, and the engine is fairly quiet in cruising and under acceleration. However, when making modest standing starts in our 7-speed tester we noticed an odd stumble off the line, then a leaping surge of power. A console dial in AWD models that permits selection of terrain modes also has a central button that accesses drive modes “Eco,” “Normal,” “Sport,” and “Individual.” Sport perks up throttle response a smidge, but doesn’t quite cure the stumble-and-surge thing. EPA-estimated fuel economy with the 4MOTION drivetrain is 25 mpg in the city, 32 mpg on the highway, and 28 combined. This driver charted 28.7 mpg from a stint of 103.2 miles composed of 52 percent city-style operation.

All-wheel-drive Taos models have a bit less cargo volume than their front-drive siblings, but still offer generous room for the class: 24.9 cubic feet behind the rear seats, and 65.9 cu. ft. with the rear seat backs folded.

Taos steers, handles, and brakes nicely—but there’s some road noise that comes through at expressway speeds. In place of the simple torsion-beam rear axle used for front-wheel-drive models the all-wheelers have an independent multilink set-up. Even then ride can at times be a little choppy and susceptible to jolts from road cracks. Dynamically, the Taos is nice for a small ute but it’s not as much fun to drive as the good old Golf was.

SE-level standard features include 18-inch alloy wheels, silver roof rails, and full LED exterior lighting on the outside. Inside there’s a mix of “CloudTex” leatherette and cloth on the seats, heated front seats (with 10-way power adjustment for the driver) and side mirrors, leatherette-wrapped steering wheel on a tilt/telescoping column, keyless entry and starting, and a 12-volt power port in the cargo bay. An 8-inch version of VW’s “Digital Cockpit” virtual instrument panel is in place (SELs get a larger, configurable display), as is an 8-inch touchscreen for the Composition Media infotainment system. “App-Connect” smartphone integration facilitates Apple CarPlay/Android Auto connectivity, and wireless charging, 6-speaker audio, and satellite radio are included. Safety and driver-assistance features include automatic emergency braking, blind-spot monitor, rear cross-traffic alert, and hill-descent control.

All Taos models come with a turbocharged 1.5-liter 4-cylinder engine that makes 158 horsepower; AWD models get a 7-speed dual-clutch automatic transmission. SEs step up to 18-inch alloy wheels in place of the S’s 17-inch alloys.

The instrumentation is a curiosity. The only trip odometer we (and I do mean we, as in more than one CG editor) found counts in round miles only, not tenths. Steering-wheel controls will call up a large digital tachometer display, but not in tandem with a speedometer—though the speed number is displayed at the side. Audio presets were easy to select (surface knobs help) and you would think that later, when you access a category labeled “Presets” on the touchscreen, this would lock you in to being able to scroll through your favorites. However, using steering-wheel buttons to do this takes you through all stations. On the other hand, the 3-dial manual climate control is a thing of convenient beauty.

Comfortable seats provide decent support. There isn’t an abundance of soft-touch cabin material—a strip through the middle of the dash, the door armrests, and the top and center of the front door only—and what’s there is barely padded. The CloudTex material down the center of the seats has a plasticky feel to the touch that’s quite different (and not necessarily better) than some leatherette. Personal-item storage falls to a good-size glove box, small covered console cubby, pockets in all doors, pouches on both front seat backs, and open cup holders in the console and pull-down rear armrest.

For room and price Volkswagen has created a worthwhile small-SUV choice in the Taos. We’ll see if Golfers tee them up. 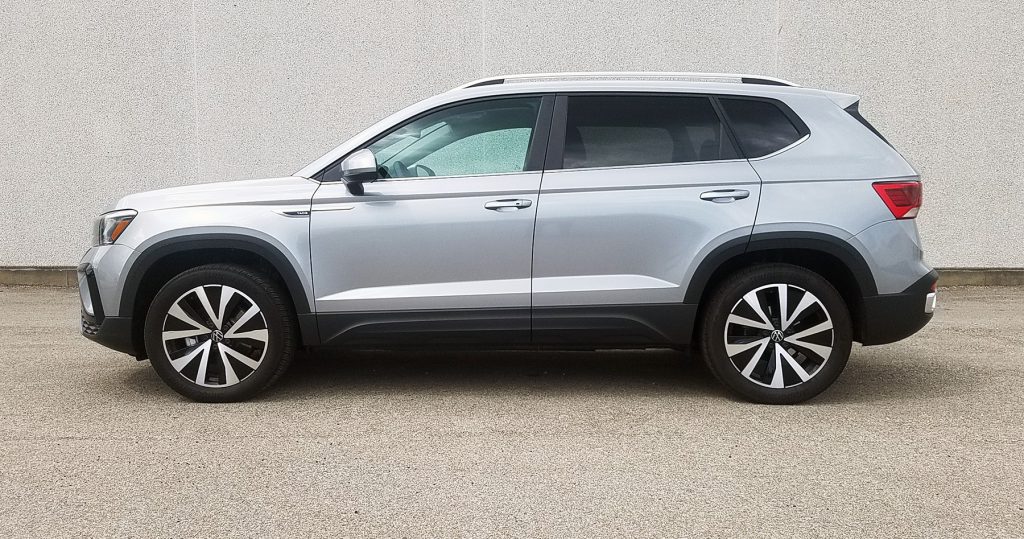 The new-for-2022 Volkswagen Taos SE has a few shortcomings–most notably, the balky transmission on AWD models–but it offers excellent cabin space for its size and a cool European feel at accessible prices. 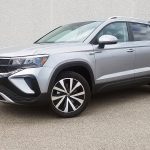 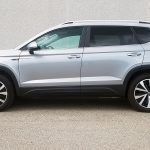 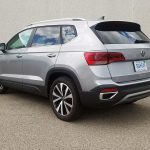 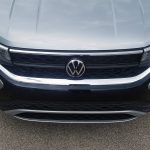 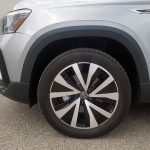 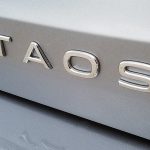 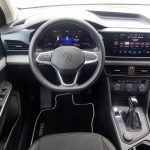 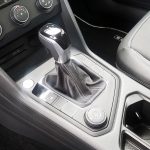 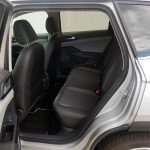 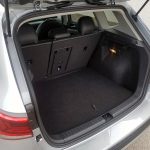 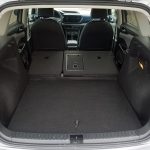 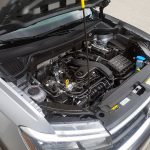