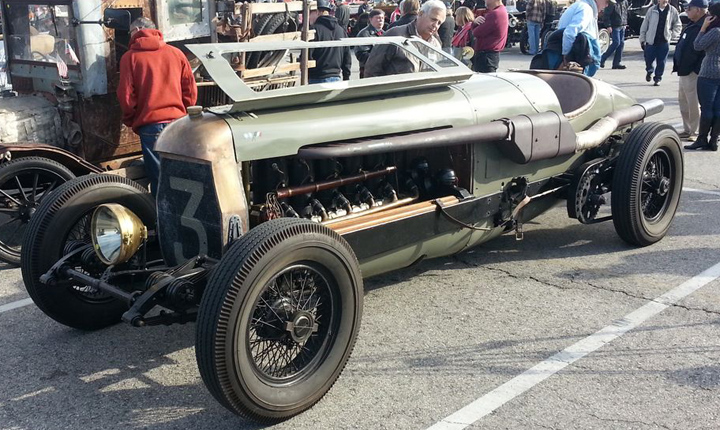 Jay Leno regularly participates in the Holiday Motor Excursion. This year, Jay showed up in his unbelievable 1917 Fiat Botafogo Special. This is a precise recreation built by Pur Sang in Argentina.

If you’re a vintage-vehicle fan and you find yourself in Southern California for the holiday season, there is one event that you must put on your calendar.

The Horseless Carriage Club of Southern California (a division of the Horseless Carriage Club of America) puts on Holiday Motor Excursion every year, always on the Sunday after Christmas. Since the HCCA is officially open to pre-1917 automobiles, the primary focus of the event is brass-era classics. The driving tour itself is open only to pre-1932 stock vehicles, but lots of other amazing vintage machines show up to make the scene.

For this year’s edition (the 57th annual), the event moved from Pasadena City College to the more spacious parking lot of the Irwindale Raceway. The cars start arriving before sunrise, and by the time the official tour participants start rolling out at around 10 a.m., there are well over 100 vehicles in the parking lot.

Seeing antique cars enshrined in a museum and preserved for future generations is a great thing. But it’s even better to experience them outside in the real world, running and driving, puttering past in the early morning sunlight. It’s truly living history. And for an old-car lover, it’s pretty close to heaven on earth.

Pictured below is part one; we’ll run another installment later in the week. 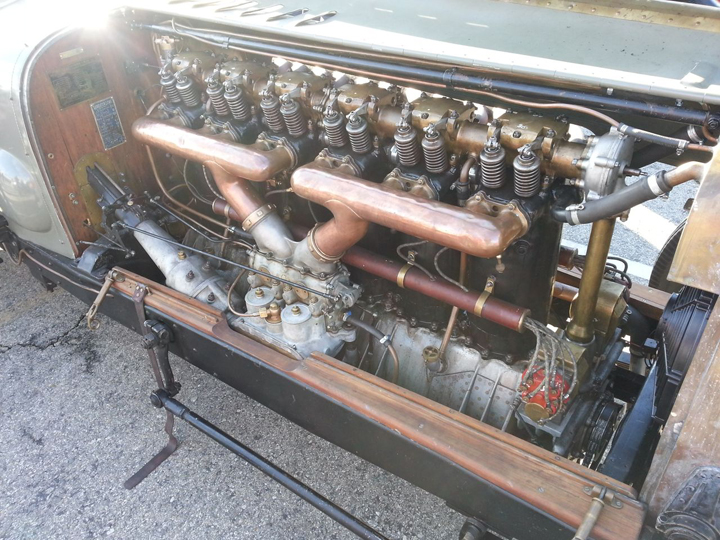 Leno’s Fiat is powered by a WWI six-cylinder aircraft engine that displaces a whopping 21.7 liters. That means that each cylinder of this behemoth is roughly the size of the average modern-day V6 engine.

A 1959 Cadillac Fleetwood Seventy-Five Sedan is a much less common sight than its convertible or two-door hardtop siblings. This attractively weathered example sports a roof rack and a nice lowering job. 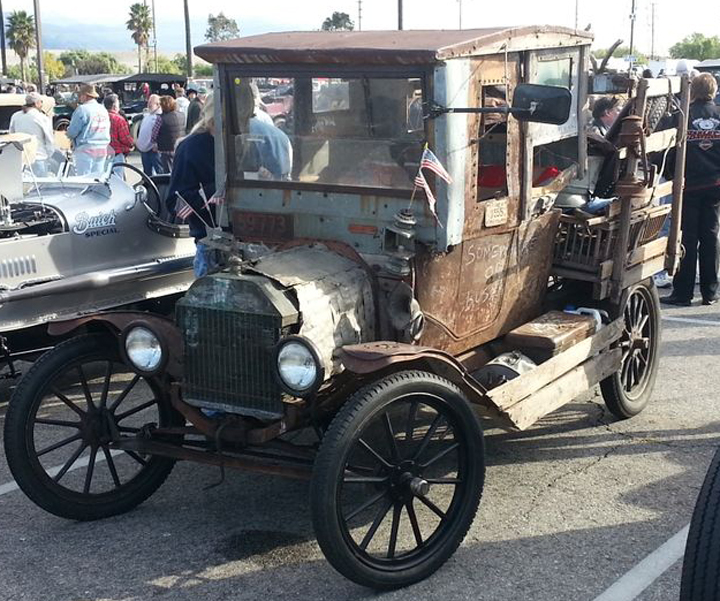 Many cars at the HME exhibit plenty of patina, but this cobbled-together Model T takes it to a whole new level. Scrawled on the body side is “SOMEWHERE OR BUST.” Would the fictional Joad family even ride in this car? 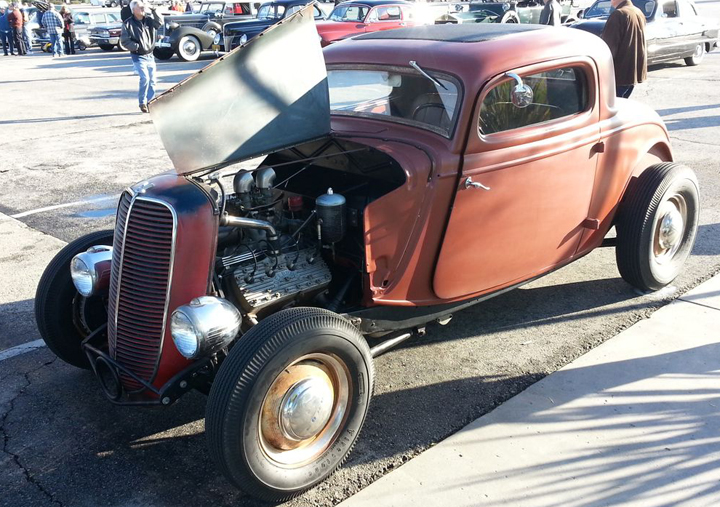 The HME always attracts some fantastic traditional-style hot rods. This 1933 or ’34 Ford three-window coupe has a hopped-up flathead and a 1937 Ford truck grille.

This stunning 1968 Lamborghini Islero would stop traffic at most any car show. Under the hood is a 325-hp V12. Also note the clean “fuselage-body” 1970 Chrysler in the background. 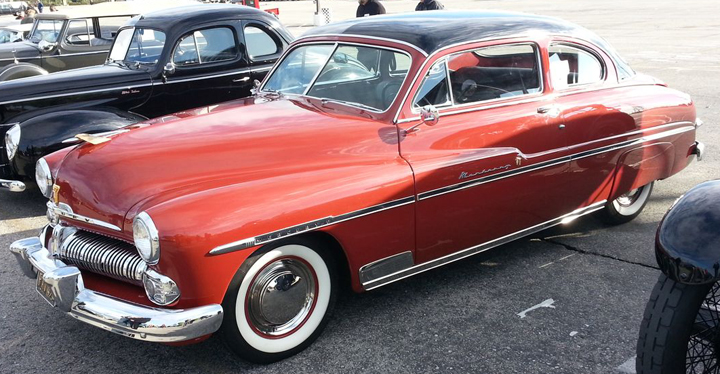 The 1950 Mercury Monterey was a gussied-up coupe that was intended to compete with GM’s pillarless hardtops. Few were sold. 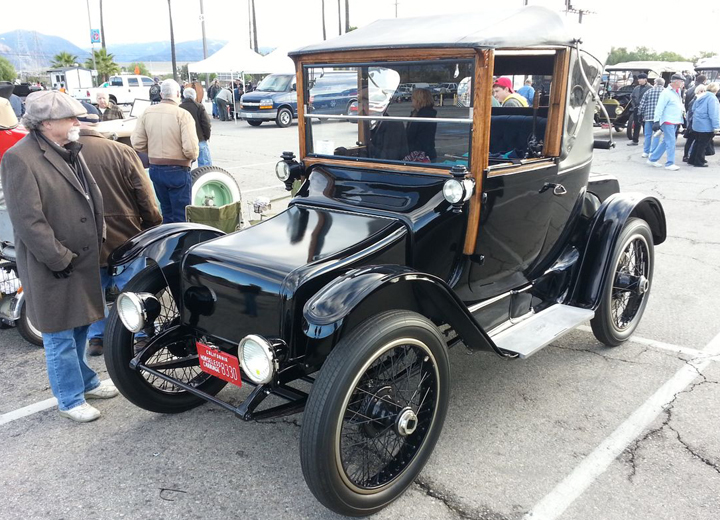 Electric cars are not a new idea, as this 1917 Detroit Electric Model 62 Cabriolet shows. It has a 60-plus mile range and can hit 30 mph.