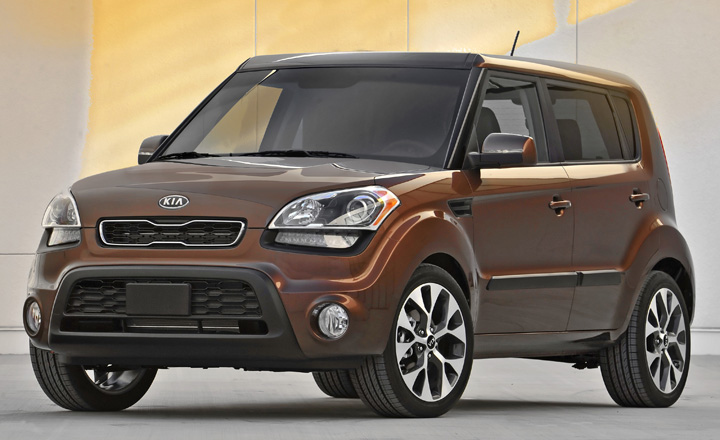 Making the decisions even tougher is that many vehicles don’t fit neatly into one of our 19 different categories. While “crossovers” are typically thought of as bridging the gap between cars and SUVs, there are numerous examples of vehicles that slot between two classes. Almost by definition, that means they may not excel in what we consider to be their class’s expected attributes, and thus they fall under the “also rans.”

To me, at least, that seems unfair. So I’ve assembled a group of cars that are fully worthy of consideration even though they haven’t been voted Best Buys. Note that all the vehicles on this list are cars (another list is forthcoming that will include SUVs), and all start at less than $20,000.

Kia Soul
Subcompact
CG Best Buy choices among subcompacts: Chevrolet Sonic, Toyota Prius c
Granted, the Soul kind of falls down on fuel economy; we’ve averaged between 25 and 29 mpg, which isn’t great for a subcompact car. But the point is that the Soul is much more versatile than the typical subcompact car, as its rear seatbacks fold down to create a large, cubic cargo area. Yet it’s also nice and short, which makes it very maneuverable in the city. Furthermore, its high, commanding driving position (at least if you get the available height-adjustable driver seat) and reasonably sporty manners make it quite entertaining to drive. As such, it’s sort of a cross between a subcompact car and a compact SUV. It also seems solidly built, and it benefits from Kia’s strong warranty and value pricing. Being promoted by hip rappin’ rodents doesn’t hurt, either.

Honda Fit
Subcompact
CG Best Buy choices among subcompacts: Chevrolet Sonic, Toyota Prius c
Pretty much the same idea as the Soul, but it trades an even larger and more versatile cargo area for cheaper interior appointments and higher noise levels. It does get better mileage (closer to 32 mpg in our tests), though it’s still not as good in this regard as the best subcompacts.

Mazda 5
Midsize car
CG Best Buys among midsize cars: Toyota Prius and Prius v, Volkswagen Passat
The 5’s biggest problem is that it really isn’t a midsize car; it’s more of a mini minivan. But we don’t have a class for that, primarily because the 5 would be the only one in it. For many families, its 3 rows of seats might be a blessing even when not having to fill them with 6 passengers. (This phenomenon became apparent to me when transporting a young niece and nephew, who couldn’t seem to share the same seat without a ruckus.) Besides that, the 5 is just a darned good car. Ride and handling are terrific for a vehicle with this much cubic capacity, and the spunky 2.5-liter 4-cylinder engine affords plenty of power with decent fuel economy (a long-term example averaged more than 25 mpg). What seems odd is that getting the 2.5 in the smaller Mazda 3 will set you back more than $25,000, whereas the larger 5—which gets it as standard equipment—starts at less than $20,000. It’s just a bargain that shouldn’t be overlooked. 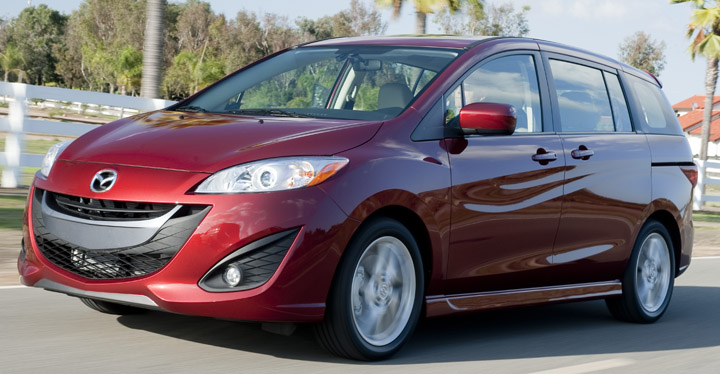 Fiat 500
Sporty/performance car
CG Best Buys among sporty/performance cars: Ford Mustang, Volkswagen GTI
The 500 is another one of those “class-busting” vehicles. We call it a sporty/performance car, but it’s really more of a charismatic subcompact…at least in base form. Turbo and Abarth models share a decided performance bent, but anyone seeking a relatively low-cost car with some high-end style would do well to check it out. By the way, much the same can be said about the Mini Cooper—another favorite of mine—but prices for the Mini start nearly $4,000 north of the 500’s $16,000 base sticker. 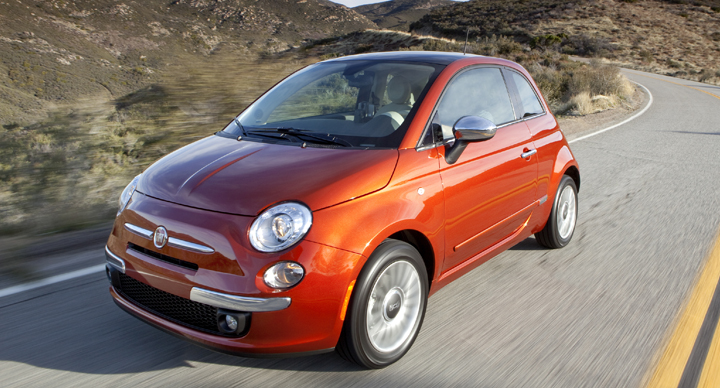 Subaru Impreza
Compact car
CG Best Buy among compact cars: Honda Civic
Since many people really don’t need all-wheel-drive, I think the Impreza—which comes with it standard—gets overlooked. But even without AWD, it’s a well-executed, well-equipped car at an attractive price, and unlike the Best Buy Civic, it can be had as a versatile hatchback as well as a sedan. Granted, EPA fuel-economy ratings aren’t the greatest (likely due to the added weight and drag of the all-wheel drive), but particularly for those in colder climates, it comes off as a bargain. While the base sedan starts at under $18,000 ($200 less than the cheapest Civic), a 2.0i Premium with CVT automatic can be had with all the usual power accessories along with heated front seats, mirrors, and wipers for about $21,000, making it an all-weather wondercar. 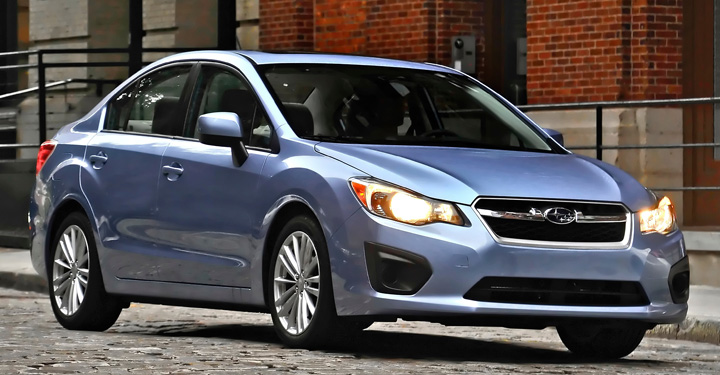