List three is all about car/SUV-based pickups. Maybe you’re seeing more of these around than I am, because my impression is that they’ve all but vanished. Like most rarely seen vehicles, unless you see one on a regular basis, you likely don’t see any of these oddities at all. Let us know if you spot one, and we’ll add your name to the Daily Drive Sharp-Eyed Reader List*.

1982-1984 Dodge Rampage/1983 Plymouth Scamp
I’ll just admit this up front: I think these are pretty cool. Based on the Dodge Omni 024 (which became the Charger for 1983) and clone Horizon TC3 (which became the Tourismo for 1983), the Rampage and Scamp are pretty transparently nothing more than pickup beds grafted onto the backs of sporty coupes. But that’s okay, because the resulting rides are arguably handsome enough. While the Rampage qualifies as rare, with only about 37,000 examples produced over three years, the Scamp is positively elusive. Just 2,000 or so copies of this last-ever Plymouth pickup were built. 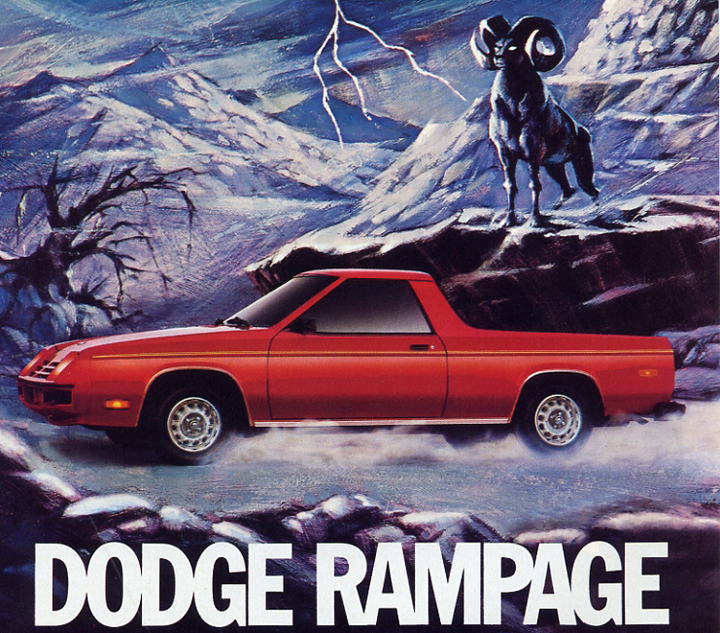 1978-1987 GMC Caballero
I’ve included the Caballero here simply because no one ever seems to remember it. Everyone knows what the Chevrolet El Camino is, but ask them to name the ’Mino’s GMC cousin and they pause. I always want to call this GMC car/truck the Hombre—which is a completely different vehicle. For the record, Caballeros look fantastic in red shod with oversized Centerline wheels. 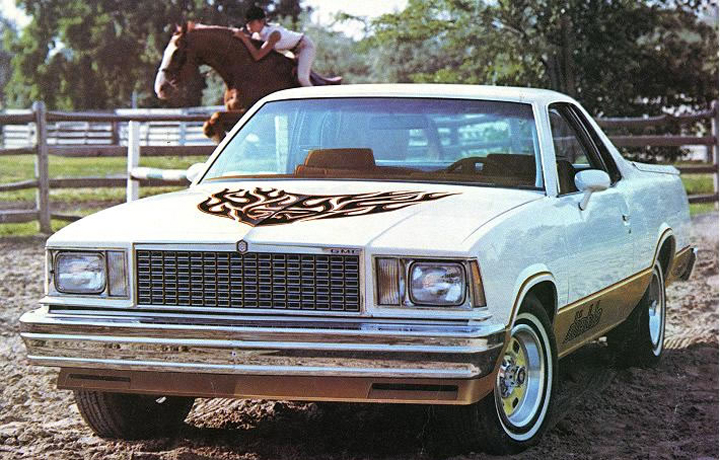 GMC offered special trim packages for the Caballero under other Spanish names, including Laredo, Amarillo, and Diablo (pictured).

2007-2010 Ford Explorer Sport Trac
Okay, here’s the gimmie of the list. There’re still plenty of these in circulation, though they seem rare enough in the Chicago area in which I dwell. Because of its longer wheelbase relative to the four-door Explorer on which it is based, the Sport Trac earned kudos from Consumer Guide for its smooth, composed ride. Now, a really rare thing would have been a Mercury Mountaineer-based pickup, but, alas, no such creature was ever built.

2009-2010 Hummer H3T
Last-ever Hummer, we salute you. A junior companion to the larger H2-based H2 SUT (Sport Utility Truck), this H3-based trucklet arrived on the scene just in time for Hummer’s demise. Score yourself an extra point for Alpha models, which came packing a 300-horsepower 5.3-liter V8. Over the H3T’s two-year run, just under 5,700 were built, and fewer than 1,000 of those were sold as 2010 models. 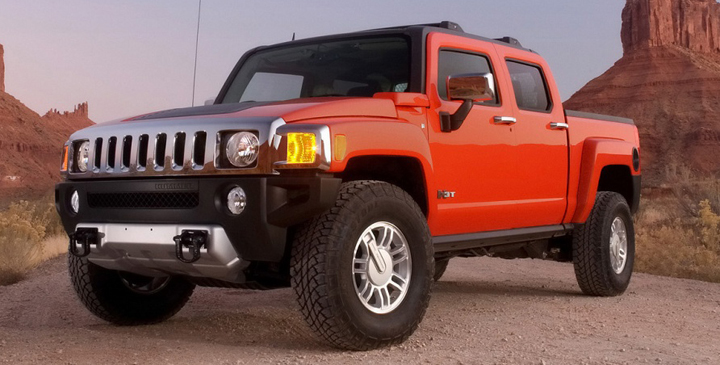 1980-1983 Volkswagen Rabbit Pickup
This functional little VW actually debuted in the United States. It was produced stateside as well, at the German maker’s then-new Westmoreland, Pennsylvania, factory. Unbelievably, about 80,000 of these tiny pickups were produced for U.S. sale, after which the car, er, truck was renamed Caddy and production and sales moved to Europe. I had a business professor who owned a diesel version of this wee truck, and she swore up and down that she was hitting 50 mpg on a regular basis. With so many Rabbit Pickups having been produced, you’d expect to see more on the road. But alas, I haven’t seen one in years. 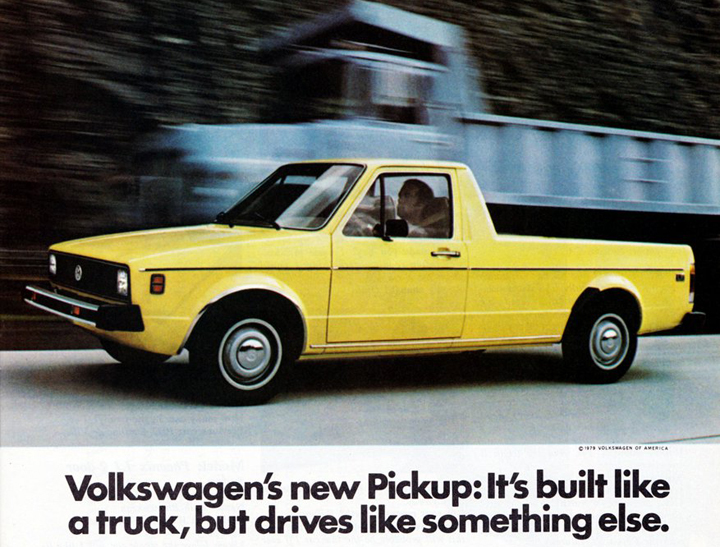