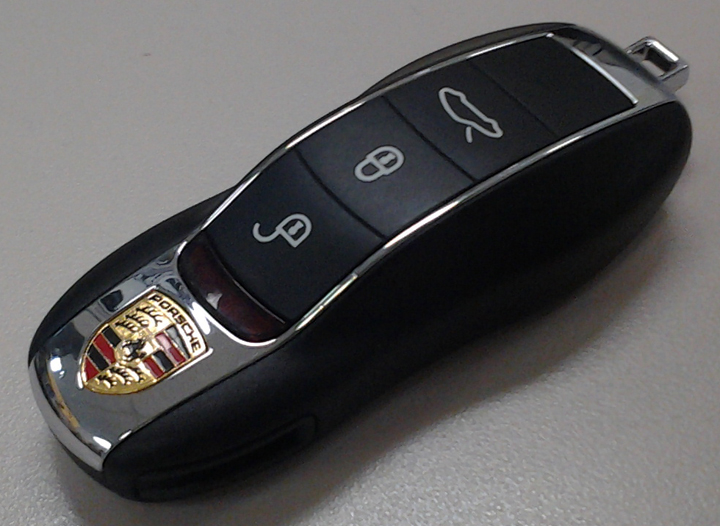 The Porsche 911’s key possesses the look of the curvaceous car to which it belongs.

Unlike the last Keymaster post on this blog, which focused on the Jaguar XJL Supersport’s fob (which looks like a square with rounded corners), the Porsche’s key is much more imaginative. About as long as your index finger, the 911’s key is loosely shaped like the sports car to which it’s married. The Porsche shield is a textured badge set into the hood. The buttons on the “roof” have a rubbery feel and, when pressed, activate a blinking red light above the “Unlock” button. Though heavier than the average “smart” key, it won’t put a strain on your key ring. Its weight simply imparts a feel of quality and substantiality.

Like all transponder key fobs, the 911’s has a metal key hidden within its body. Its purpose is to allow entry to the car in case of a dead battery in the vehicle, the fob, or both. Turn the fob over, slide the switch on the bottom end, and voila! 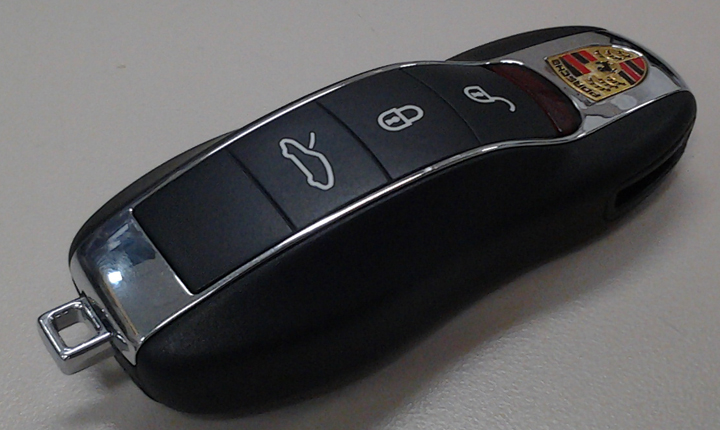 The trunk-release button is an outline of the 911’s silhouette. 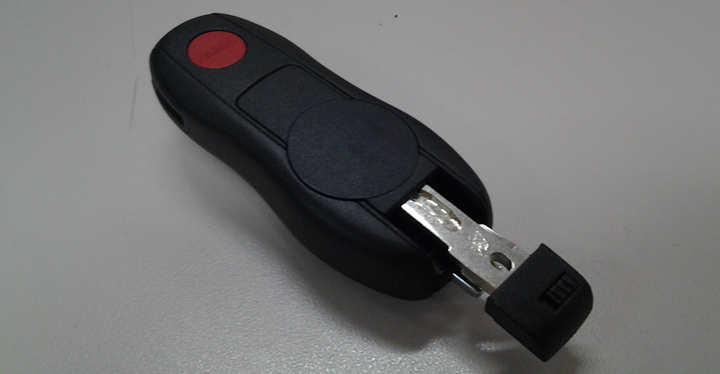 The metal key slides out from the bottom of the fob. Notice the red “Panic” button at the front. 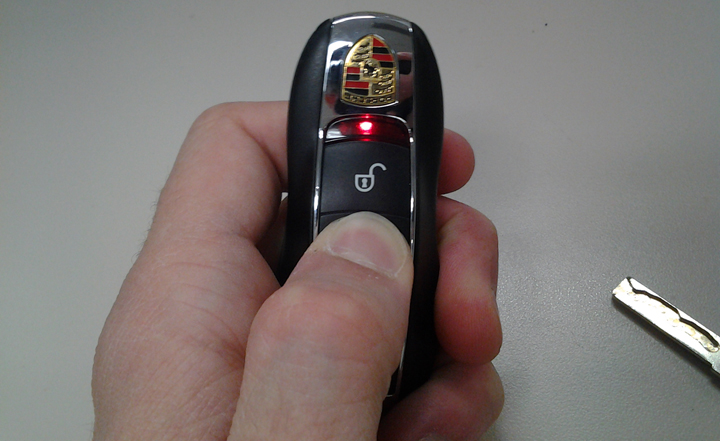 When buttons are pressed, a red light flashes.