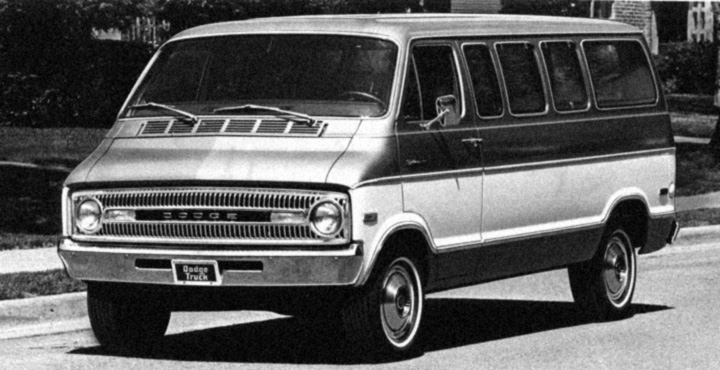 Long before the names Caravan and Voyager would end up on a car-based front-wheel-drive platform, Dodge referred to this people mover as a, “domestic compact wagon.”

Regardless of how accurate that description seems in retrospect, Consumer Guide was impressed enough to dub the 1973 Dodge Sportsman a Best Buy.

Dodge was the last automobile manufacturer to drop the original minibus concept with the short wheel-base and the engine above the front axle. For 1971 Dodge also pushed the engine out into the nose and chassis, and brought the front wheels up right behind the bumper. Two wheelbases were chosen—longer than for comparable vehicles made by other manufacturers. The short Dodge Sportsman is built on a 109-inch wheelbase, and the long one on a 127-inch wheelbase.

This year, American new-vehicle shoppers will snap up about half a million minivans. Now, while that may seem like a lot of people-movers, it’s worth noting that minivans accounted for more than 1.2 million annual sales as recently as model-year 2000.