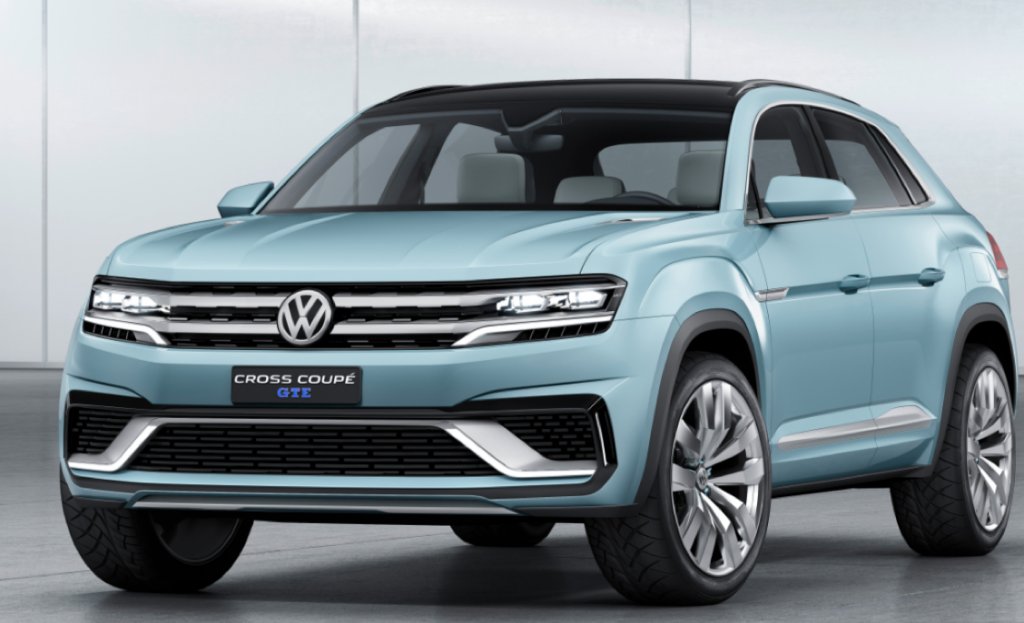 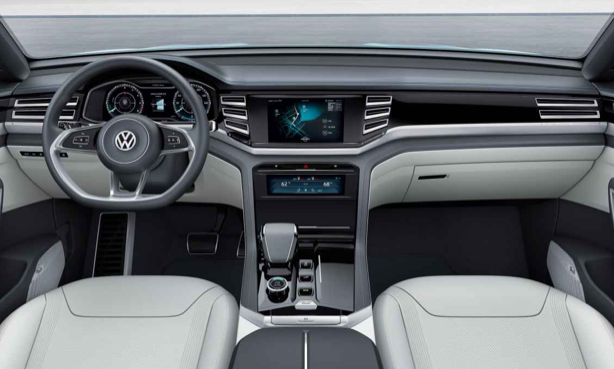 Almost conservative-looking next to the swoopy shapes shown at other stands, the 5-seat Cross Coupé displayed a more mature look, with rather boxy contours and a straight-line grille. But all that hides a rather advanced powertrain: VW says the Cross Coupé is a plug-in hybrid that mates a gas-powered V6 engine with two electric motors to produce a combined 355 horsepower, is expected to get an estimated 70 MPGe EPA rating, and can travel up to 20 miles on electric power alone.

CG Says:
Compared to many current vehicles, recent Volkswagens have displayed more “mature” styling themes, which really sets them apart–and we rather like. The Cross Coupé follows that lead. Furthermore, the concept indicates VW is looking at plug-ins aimed at performance as well as fuel economy, which also sets its wares apart–and that we also like.
Meet Volkswagen’s all-electric e-Golf