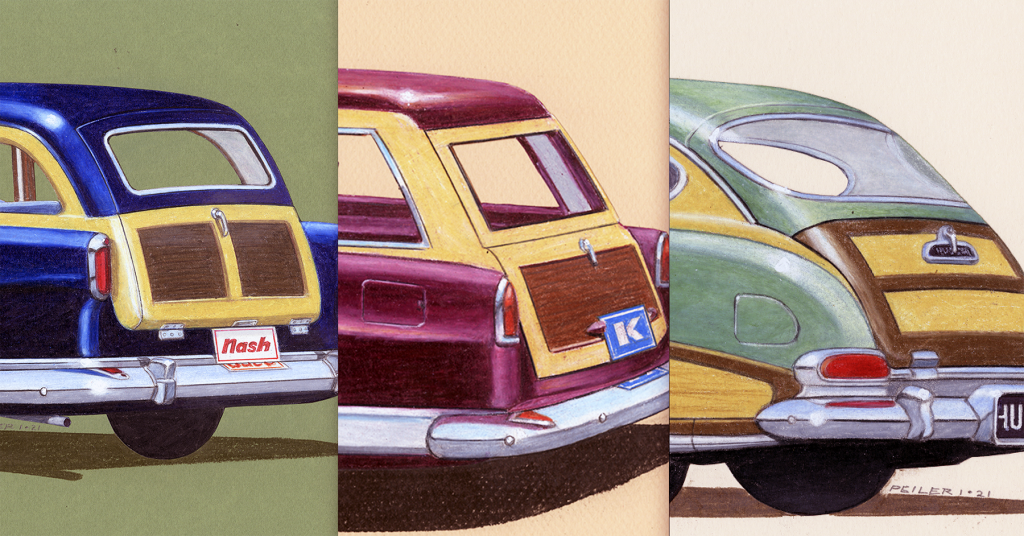 What if America’s independent automakers would have offered true station wagons in the early 1950s?

At the dawn of the 1950s, the American new-car market was running strong. The pent-up consumer demand caused by the World War II production hiatus had not yet been sated, and sales were booming for Detroit’s “Big Three” and numerous independent American automakers. And, as Americans moved to the suburbs in greater numbers, “family hauler” station wagons were becoming more popular at Chrysler, Ford, and General Motors. Ford was particularly successful—its expanded roster of all-new-for-1952 wagons would go on to be the number-one-selling wagon line for many years.

However, by the early 1950s, the independent automakers were without any wagons in their respective product lineups (save for the compact Nash Rambler two-door wagon). And as the booming postwar market faded and tougher economic conditions ensued, the small independents struggled to stay afloat. Of the five manufacturers listed below, only Studebaker survived past the 1950s, but not much longer—the company folded after a small run of cars for the 1966 model year. Would these doomed automakers have fared any better if they had offered true station wagons in their respective model lineups in the early 1950s? Probably not, but the idea makes for a compelling “what-if?” design exercise nonetheless. 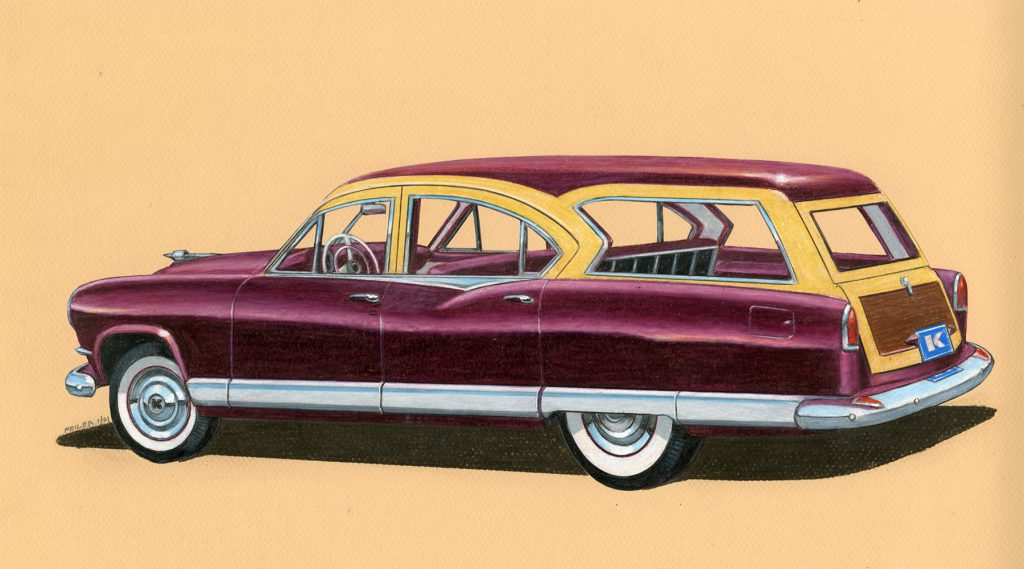 The closest thing Kaiser had to a wagon in the early 1950s was the Traveler, an ahead-of-its-time hatchback sedan that came as a two-door or a four-door. Despite its novel design (the lower part of the trunklid was hinged at the bottom to drop down like a tailgate, and the top part of the trunk opened with the rear window like a hatchback), the Traveler wasn’t as versatile as a traditional station wagon and sold in very small numbers. Kaiser’s development dollars would have been much better spent on a real wagon roof and rear hatch, and the four-door sedan’s doors could have been used so there wouldn’t be any extra-cost stampings. Add some Di-Noc woodgrain appliques, and Kaiser would have had a real country traveler. 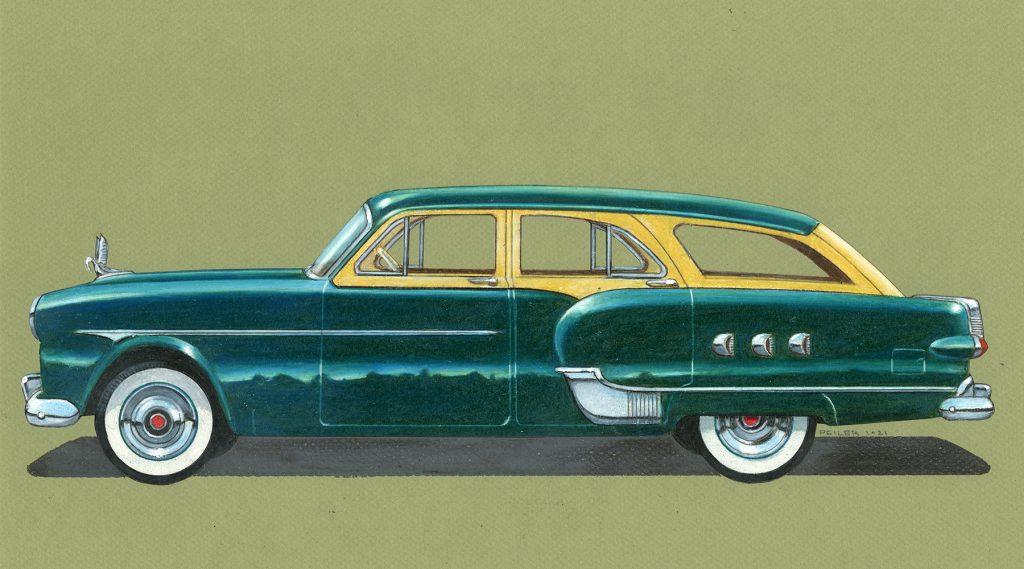 Luxury brands seldom offered station wagons in their model lineups. Packard did build a number of “Station Sedan” pseudo-wagons from 1948-1950, but the company hadn’t built a “true” station wagon since 1941. So, why not build a wagon based on their all-new 1951 lineup? This is what I think a Packard 400 “Estate Express” wagon might have looked like. 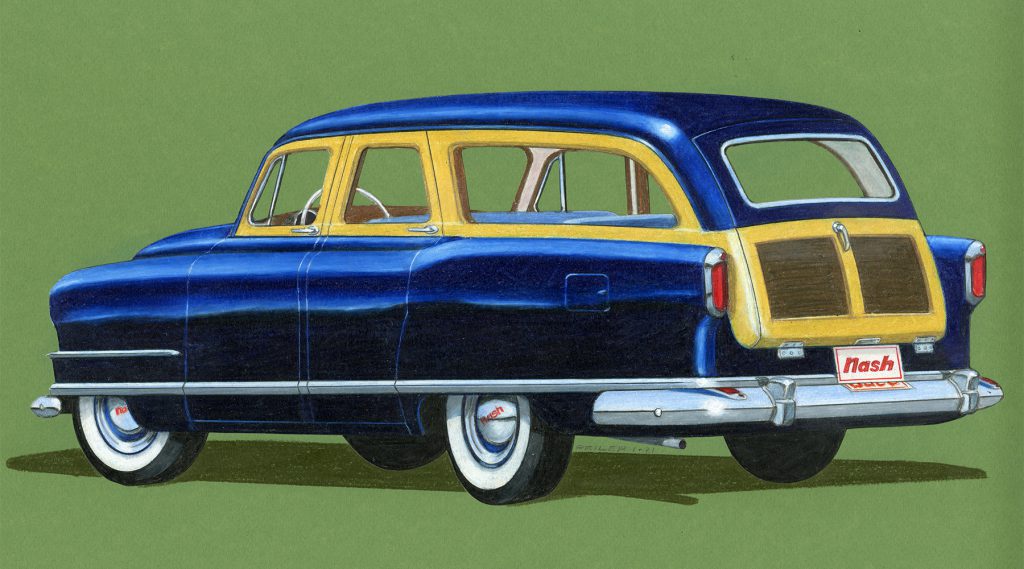 The only wagon Nash had in the early 1950s was the little two-door Rambler—a cute car, but too compact for real family-hauler duty. I think Nash could have built a full-size four-door wagon based on its big Ambassador unit-body platform, and called it the Cross Country Plus. 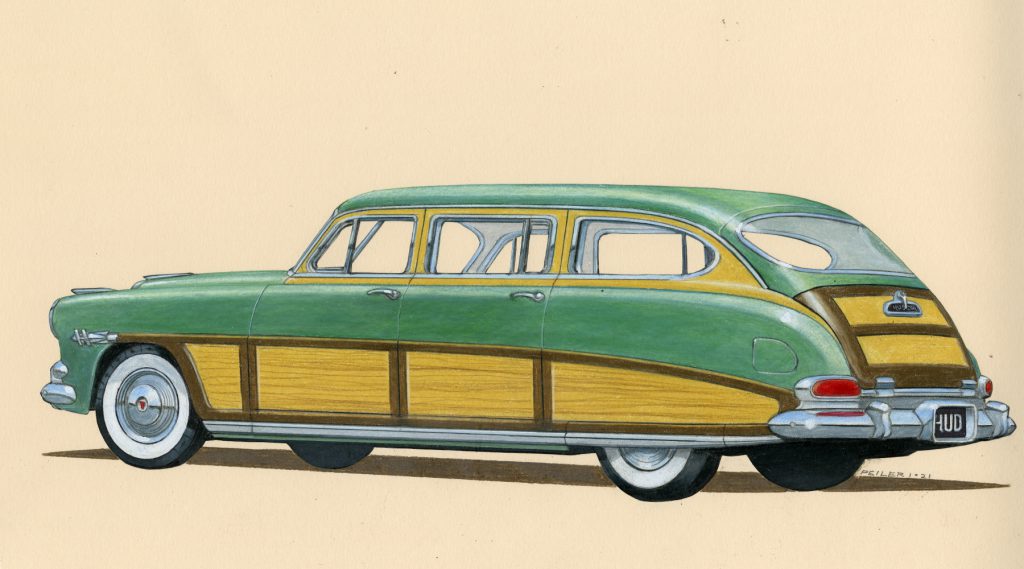 Hudson’s last wagons were the homely forties models. The new-for-1948 Hudson was built like a tank, so it had the structural integrity to handle a conversion to a station wagon. With motivation provided by Hudson’s gutsy “Twin-H Power” 6-cylinder engine, this slick-looking wagon might have been a best seller for the company. 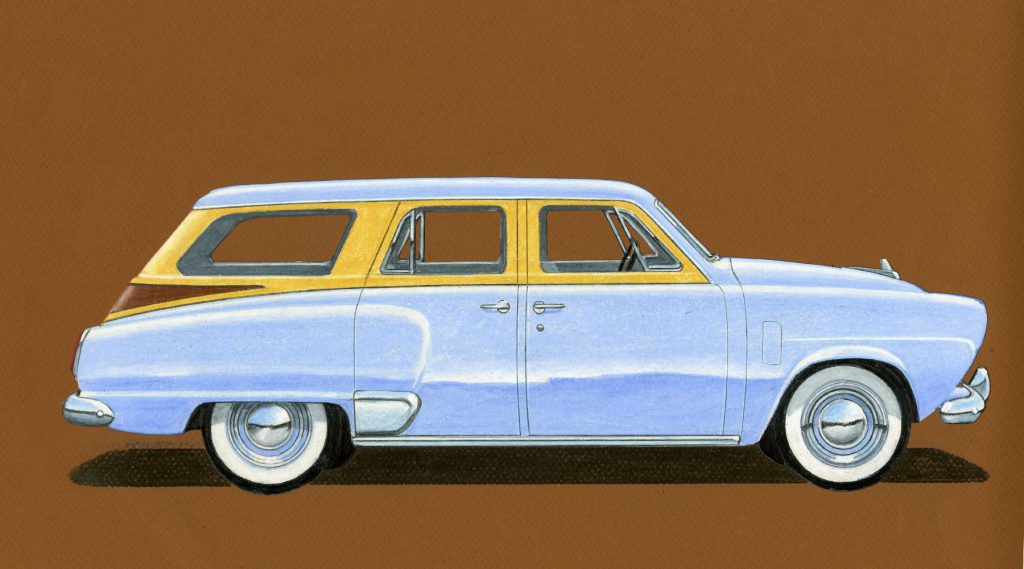 Studebaker didn’t get around to producing a postwar station-wagon model until 1954, and that car—the Conestoga—came only as a two-door. The company finally got its act together and offered a 4-door wagon for 1957, but by then its fortunes were already floundering. Studebaker could have produced a four-door wagon by at least 1950-52 but, as usual, the company was a day late and a dollar short.

Station Wagons That Never Were Gallery 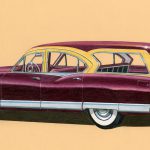 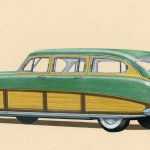 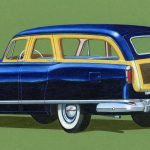 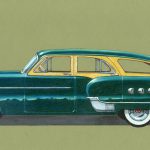 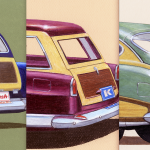 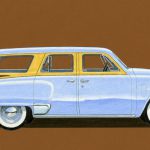