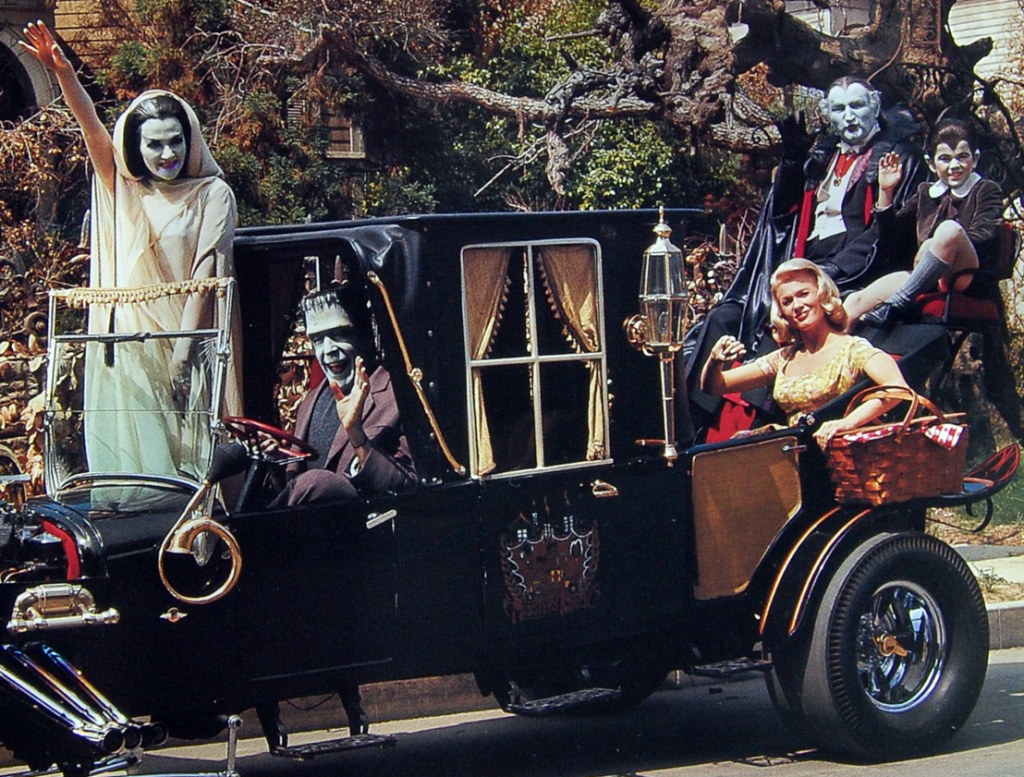 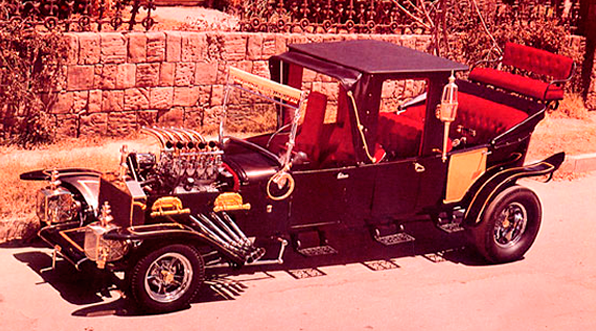 In real life, famed customizer George Barris was given 21 days to build a vehicle for the series. He paid artist/designer Tom Daniel $200 to whip up a wild ride for a spooky sitcom family. (Daniel later designed the Red Baron model kit for Monogram, which was one of the best selling model car kits of all time.) Barris then had Dick Dean and employees of the Barris shop turn Daniel’s drawing into reality.

What Was The “Beverly Hillbillies” Truck?

Herman Munster worked in a funeral home, and there were funeral-themed details on the Koach, such as casket handles on the hood, “cobwebbed” lantern headlights, and lots of rolled-steel scrollwork. Three fiberglass Ford Model T bodies were used to form the bodywork, which stretched over a 133-inch-wheelbase chassis. The 18-foot long Koach had four rows of seats—including a bench seat hanging precariously off the back. All were upholstered in blood-red velvet, which was lost on viewers of the black and white TV show. The engine was Ford 289-cid V8 that was hopped up with Jahns high-compression pistons, Isky cam, Bobby Barr exhaust headers, and a wild (but fake) 10-carburetor setup that concealed a single four-barrel carb. Barris was paid $18,000 to create the Munster Koach.

The Koach was fully drivable, though it was a bit of a squeeze for its TV pilot. Since actor Fred Gwynne was six foot five in real life and seven feet tall in his Herman Munster costume, the seat cushion had to be removed for Gwynne to fit behind the wheel. One day during filming, Gwynne piled the cast into the Koach and drove off the Universal Studios lot—much to the delight of people on the streets of Universal City. 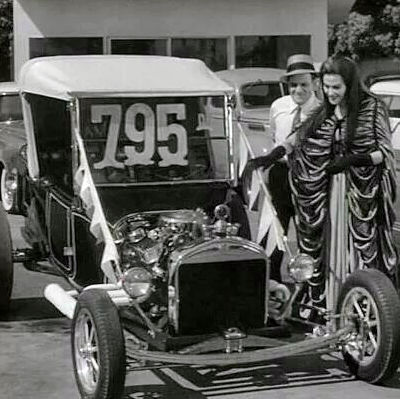 The Munster Koach debuted in the episode “Rock-A-Bye Munster.” Lily Munster heads to a used-car lot in search of Herman’s birthday gift, and asks for this righteous T-bucket hot rod to be combined with a 1920s hearse. 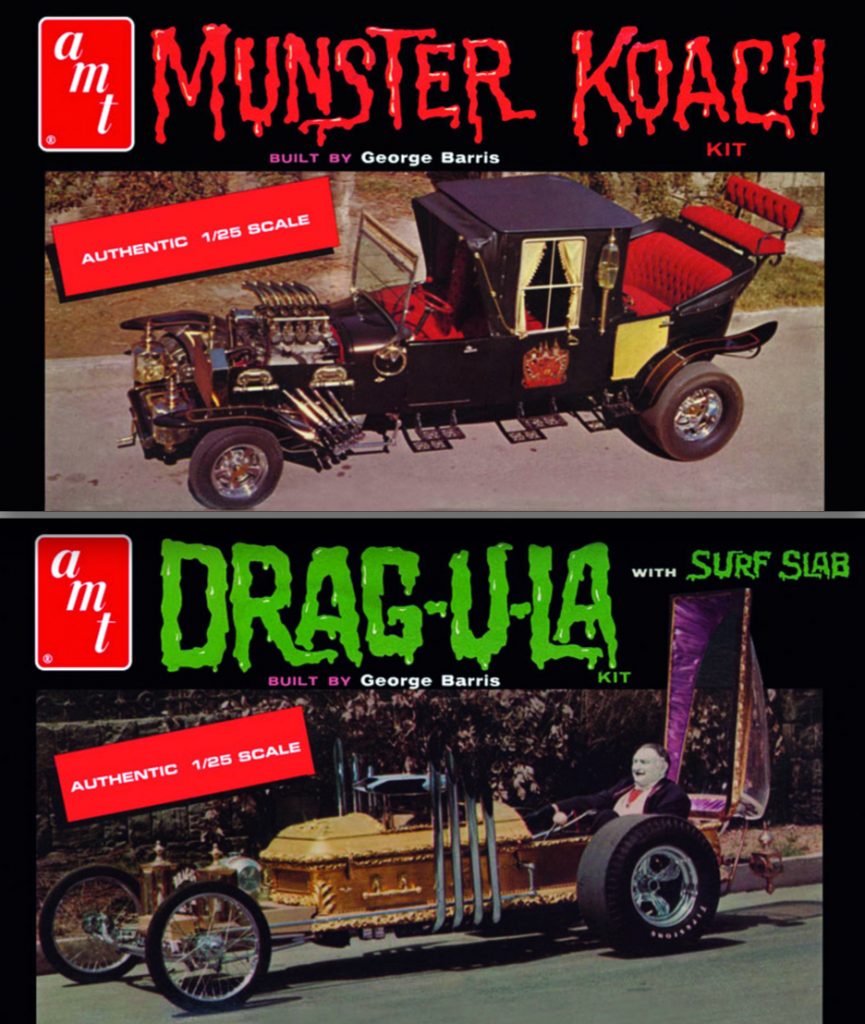 Both the Munster Koach and Drag-u-la are available as AMT model kits.

In one episode (Hot Rod Herman), Herman loses the Koach in a drag-race bet. Grandpa Munster, who was both a vampire and an inventor, tells Herman to “bring home a box from work.” Herman brings home a casket that Grandpa turns into a dragster dubbed Drag-u-la. Grandpa and Herman win back the Koach, of course, and the Munsters became a two-hot-rod family. The Barris shop built the Drag-u-la as well, working off another Tom Daniel concept sketch (Daniel also came up with the Drag-u-la name). Drag-u-la rode on a Dragmaster chassis and had a 289-cid Ford V8 fitted with exhaust headers shaped like organ pipes.

Munster Koach and Drag-u-la model kits were released by AMT in the Sixties, and both have been reissued recently. The real Munster Koach was formerly on display at Cars of the Stars Motor Museum in Keswick, England and Drag-u-la is at Volo Auto Museum in Volo, Illinois. As with many other TV cars, several replicas are also floating around.