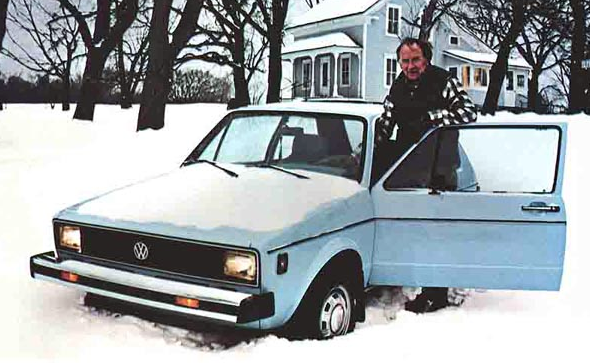 According to the National Weather Service, 39 U.S. states saw more than ten inches of snow least year. Now, that snow isn’t especially well dispersed across each state. Here in Illinois, snowfall totals up near Chicago are far higher than they are down near St. Louis, but it’s a safe bet most Illinoisans have at least a passing familiarity with the white stuff.

We’re pretty sure this will void your warranty.

For auto marketers, snow is a tricky thing to incorporate into an advertising campaign. Snow is a handy shorthand visual indicating wintertime, and possibly the holidays. But for potential customers living in Louisiana or Florida, snow doesn’t mean that much.

All that said, we were able to find a number of classic car ads featuring snow. In some cases, the frozen water crystals form a picturesque backdrop, while in other ads the snow is a challenge to be conquered by the featured vehicle.

We at Chicago-based Consumer Guide tend to look forward to a little winter driving. There’s nothing like five inches of fresh snow to keep your adverse-condition driving skills sharp. We admit, however, that by February we’re generally over winter—and tired of shoveling our driveways. 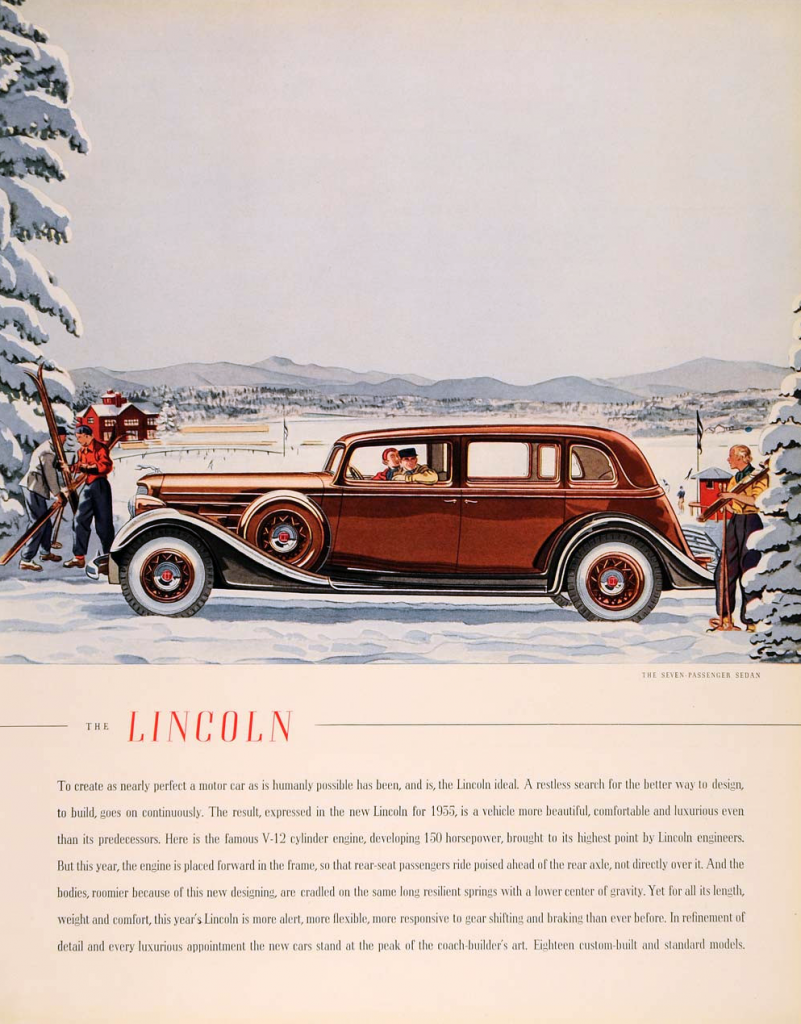 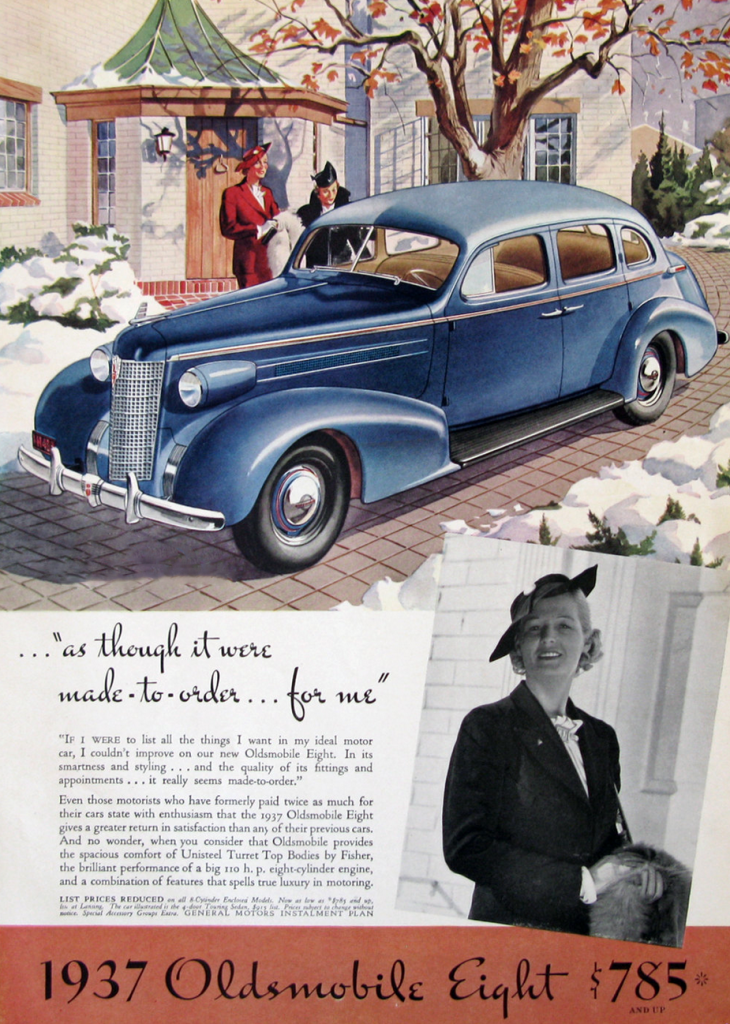 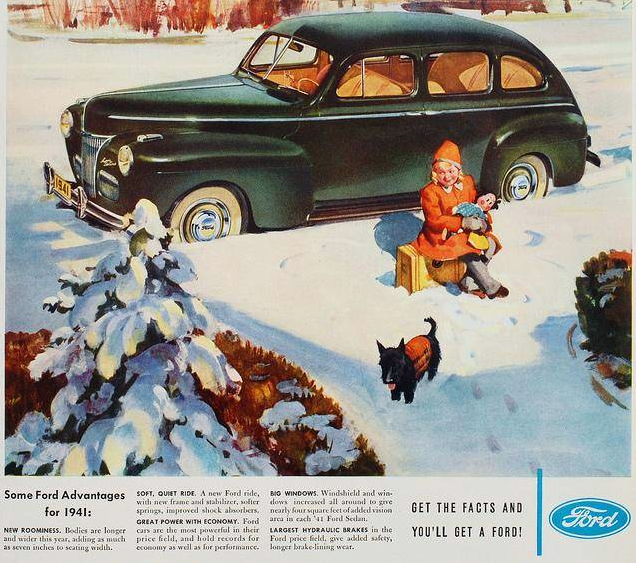 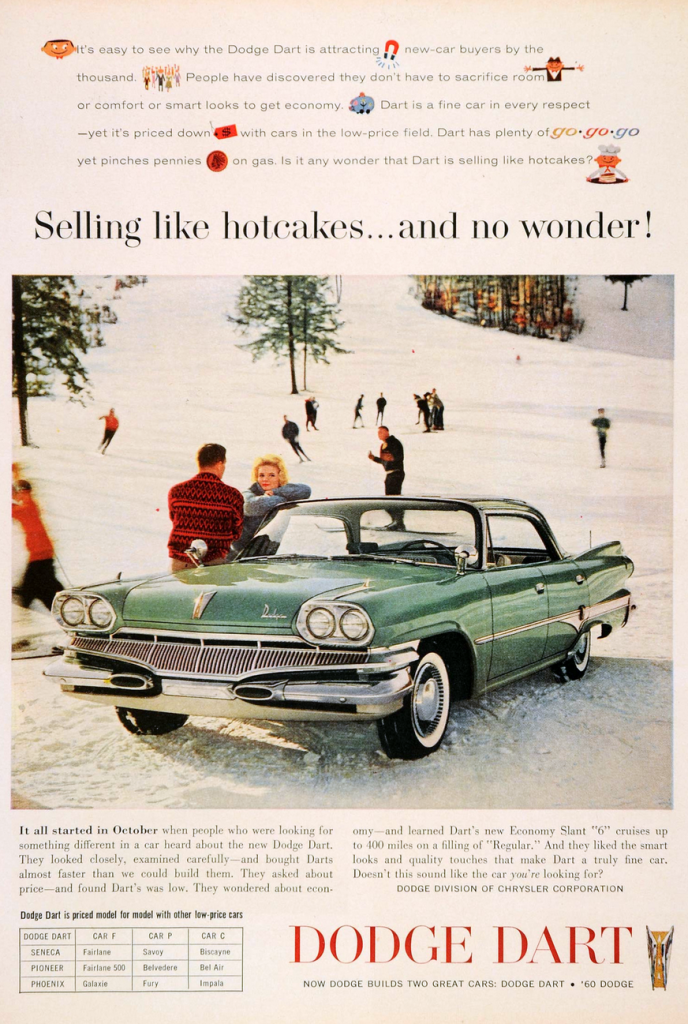 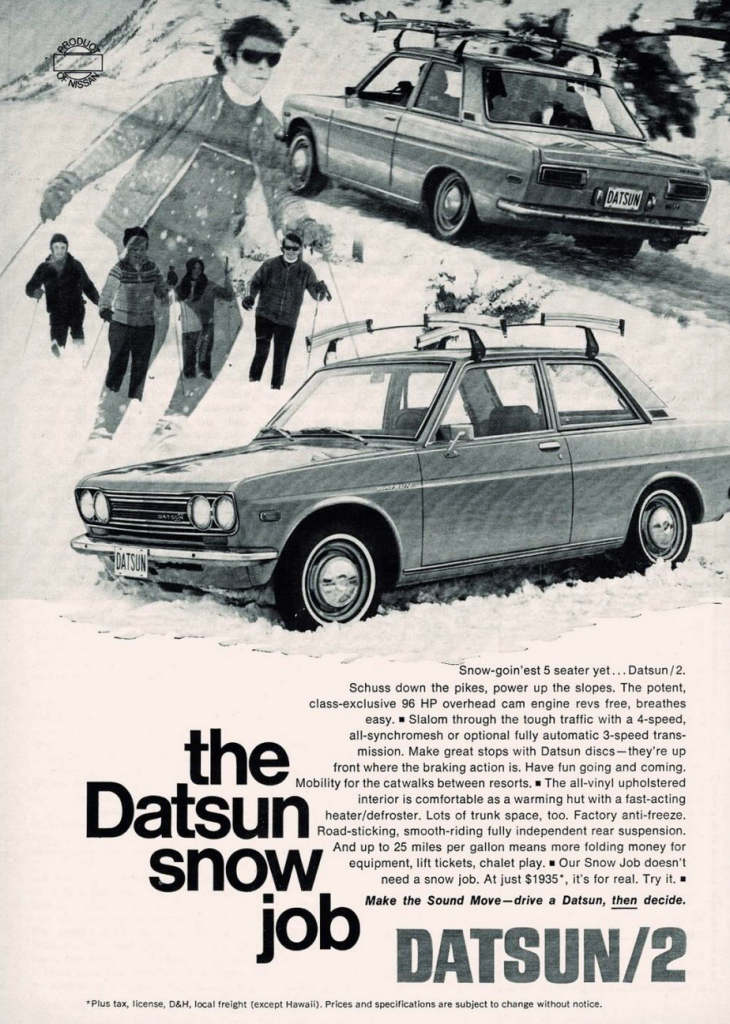 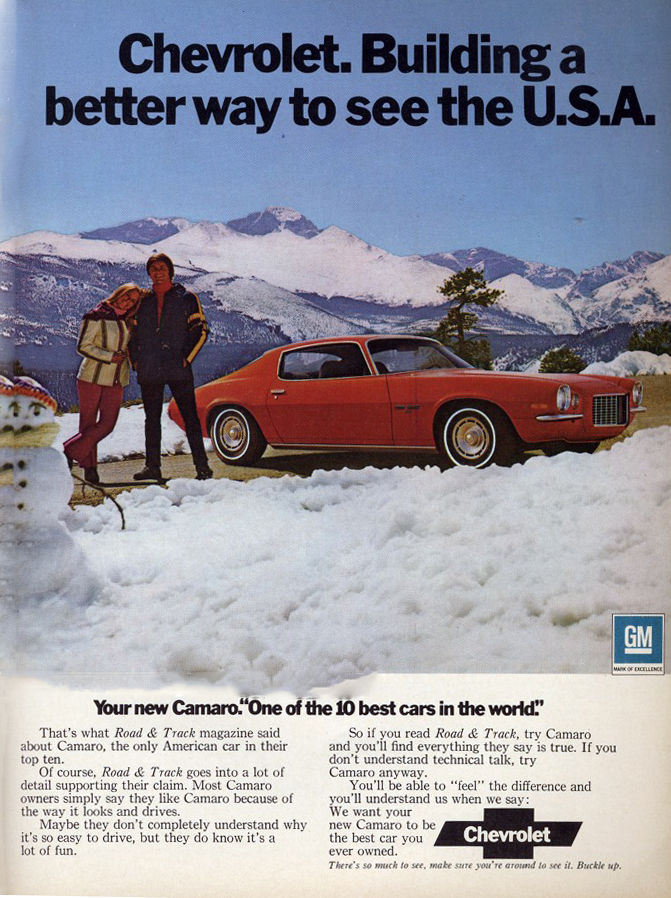 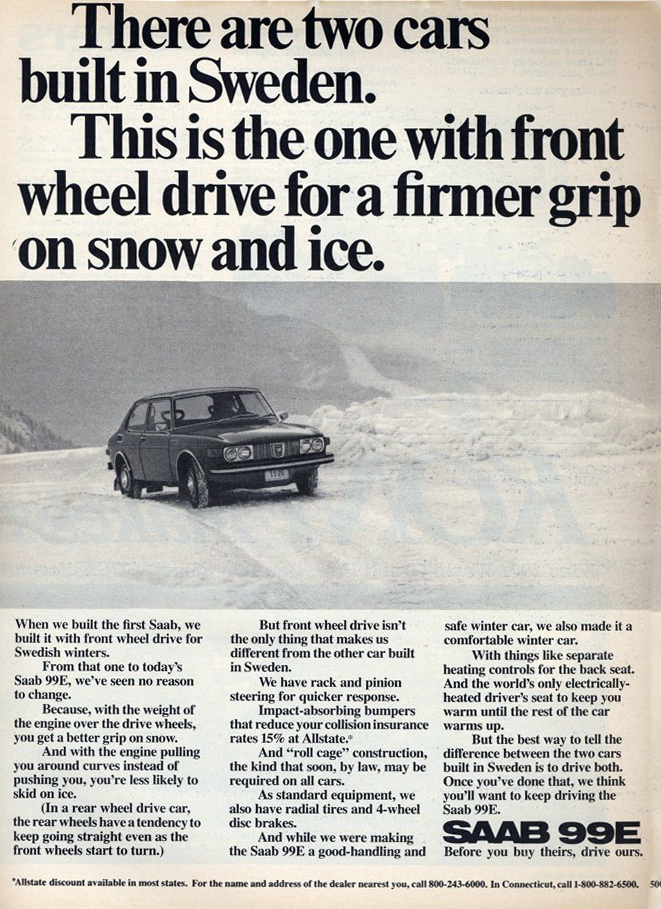 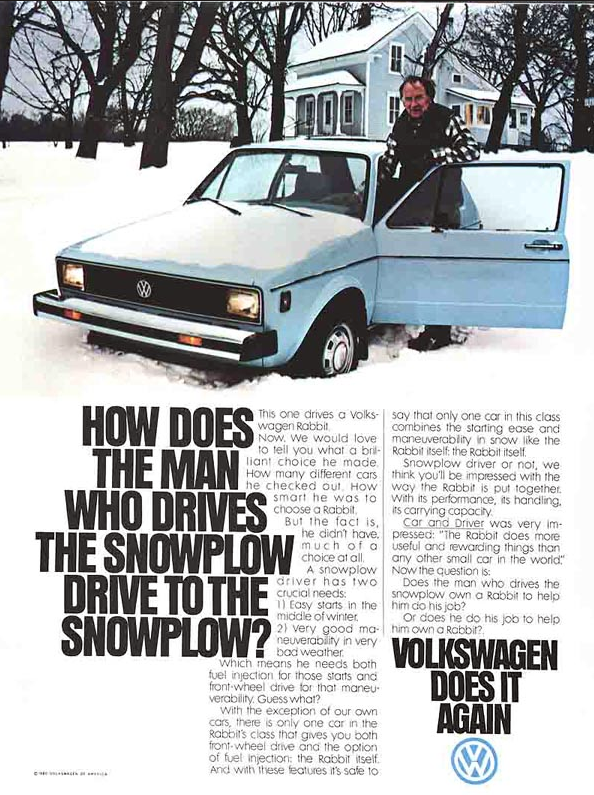 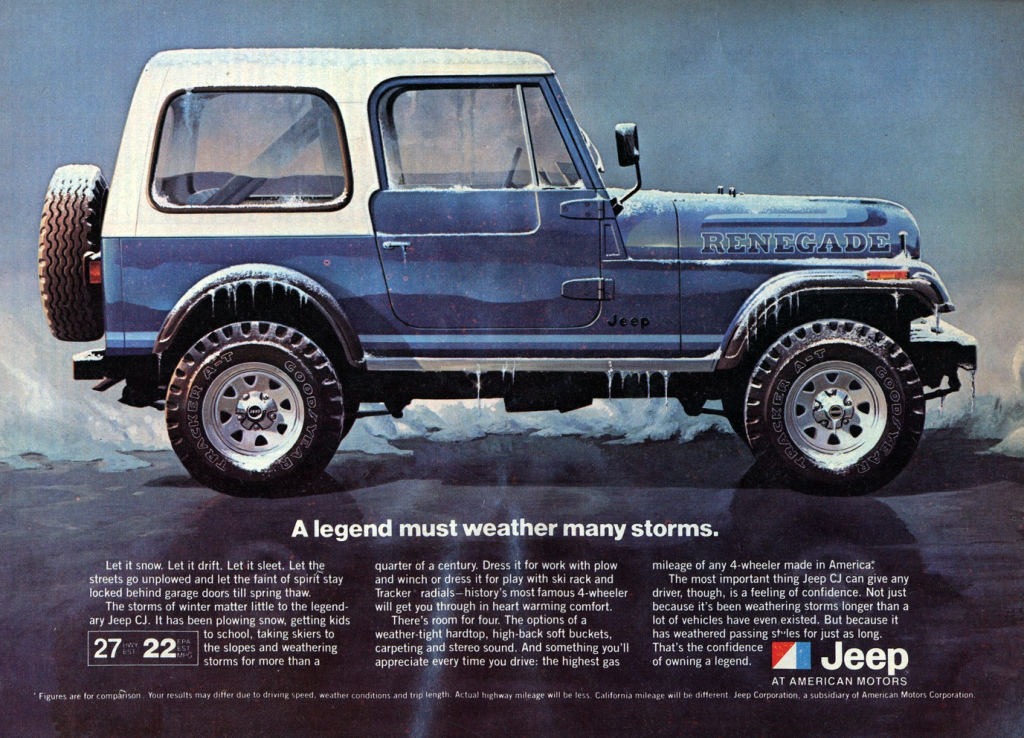 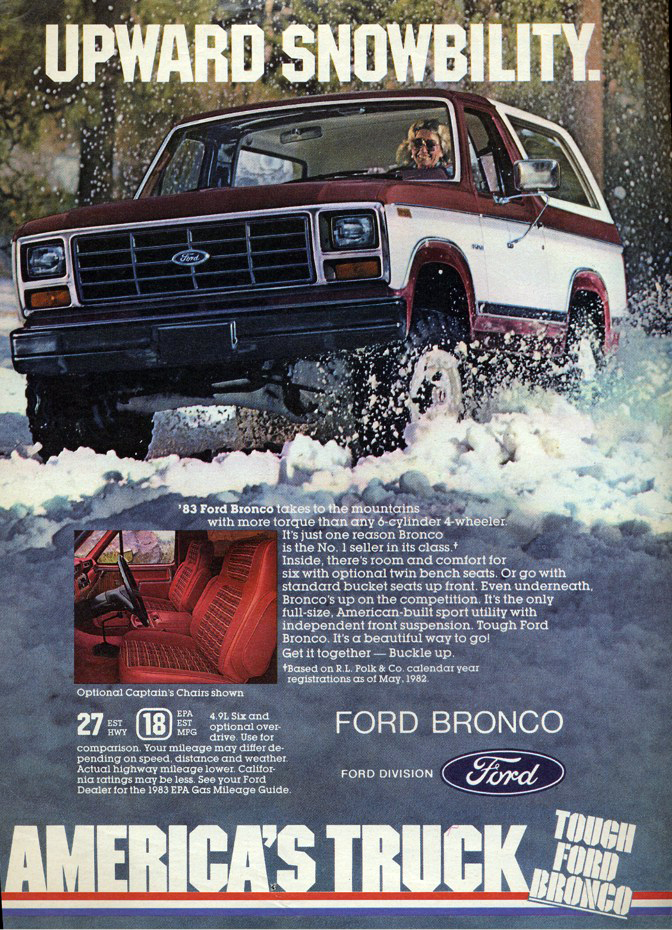