You’ll Get a Kick Out of the Ford Escape Liftgate 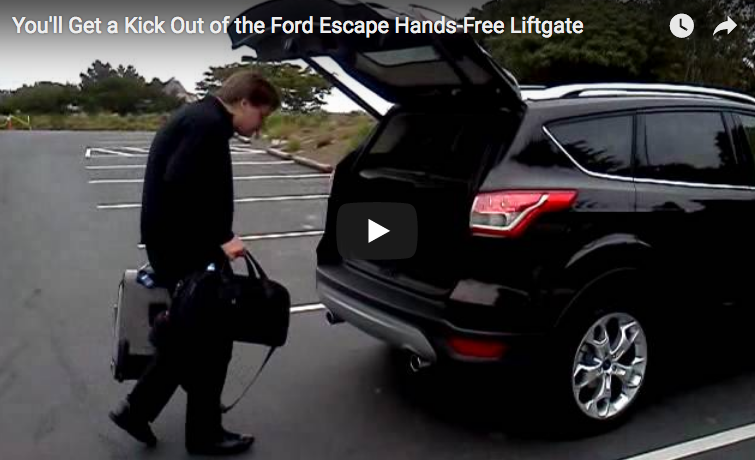 I’m just back from a short trip to San Francisco to drive the 2013 Ford Escape. One of Escape’s neat features is the available hands-free liftgate system that is activated by the car’s keyless access fob and two motion sensors in the rear bumper. With the key fob in your pocket, purse, or briefcase, all you need to do is to make a gentle kicking motion under the rear bumper to activate the power liftgate. The hands-free system works in reverse too, allowing you to close the liftgate even if your hands are full. You can also close the liftgate by pressing a button on the tailgate, as I have done in the video.

The question is, do you find waving your foot more convenient than putting all of your stuff down? If so, this may just be the convenience feature for you. Check out the video:

Check out all of Consumer Guides Compact Crossover Best Buys