There’s no question that Packard is out of business, but there is some disagreement as to when the company really wrapped things up. Though the Packard brand officially died after 1958, some purists consider 1956 to be the marque’s final year, as that was the last time the automaker built its own cars based on its own designs and technology.

For 1957, Packard-branded products were essentially rebadged Studebaker cars, a turn of events that many brand loyalists found—and still find—offensive.

Packard had purchased Studebaker in 1953, rightly assuming that the latter company could provide access to the growing low- and mid-price segments. The merger was also seen as a way to help both companies reduce costs, as each was having difficulty keeping pace with the larger Detroit-based car builders.

Whether or not you consider the ’57 and ’58 models “real” Packards doesn’t matter all that much. Even in light of the fact they were just well-trimmed Studebakers, you have to admit they were pretty cool. (See the 1958 Packard Hawk ad below.)

Here we have amassed ten classic Packard print ads and one classic TV ad for your consideration. Let us know if you have a favorite. 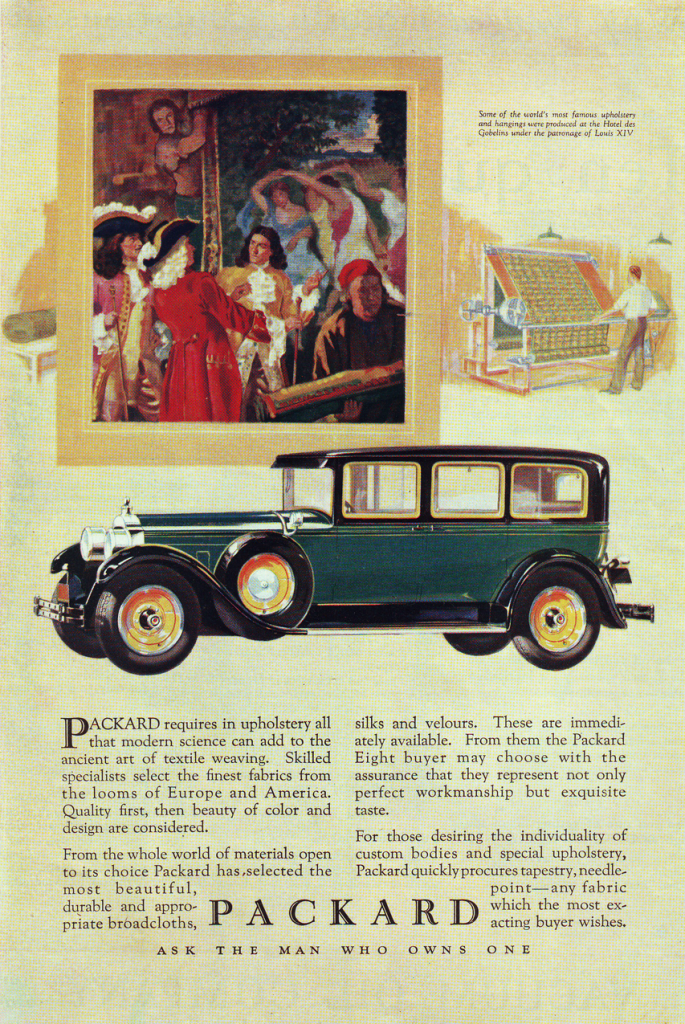 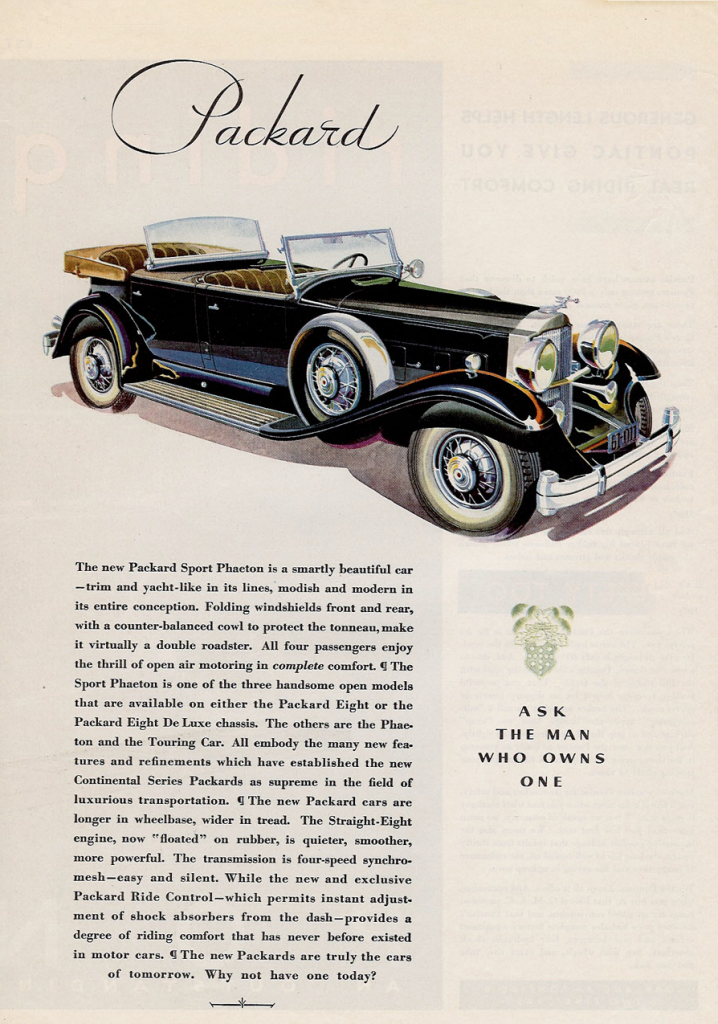 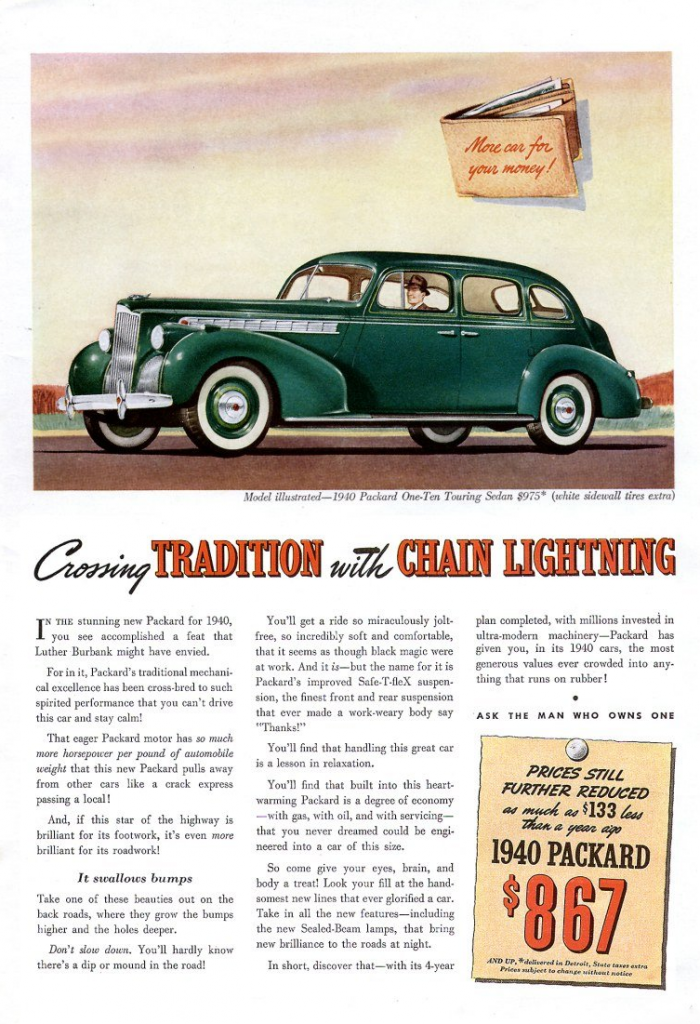 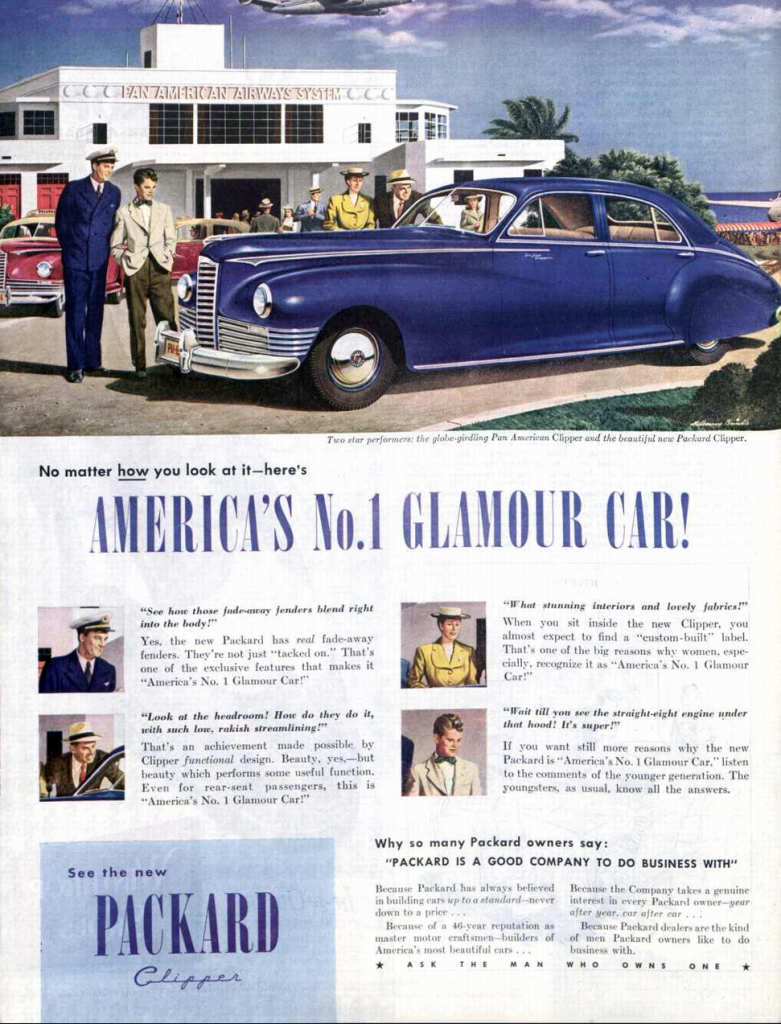 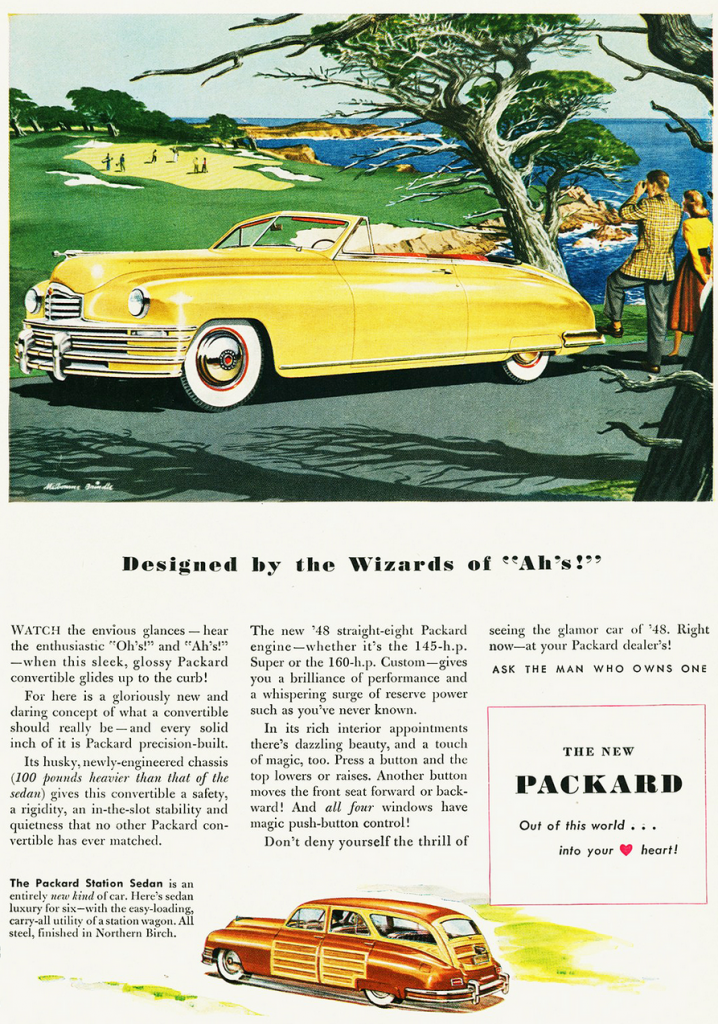 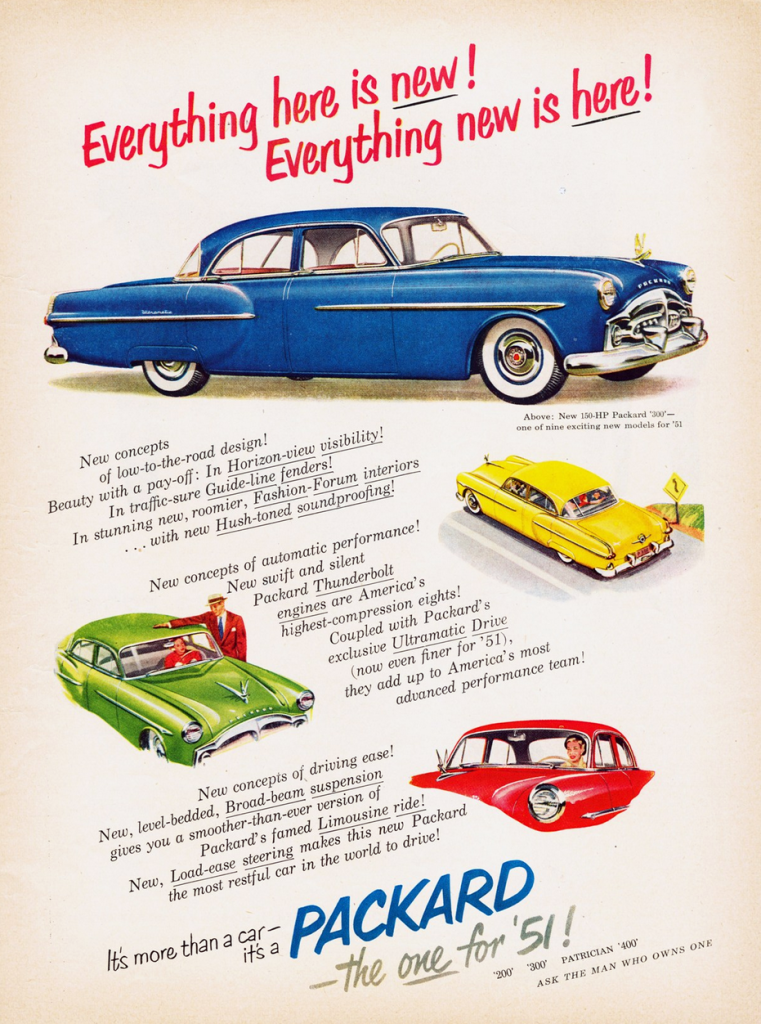 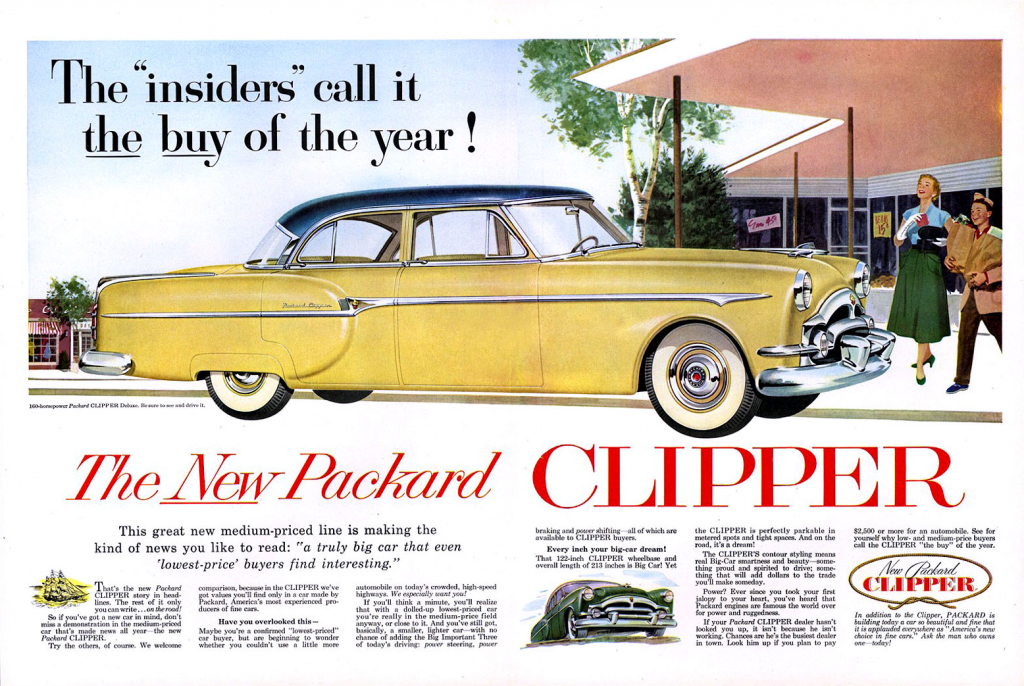 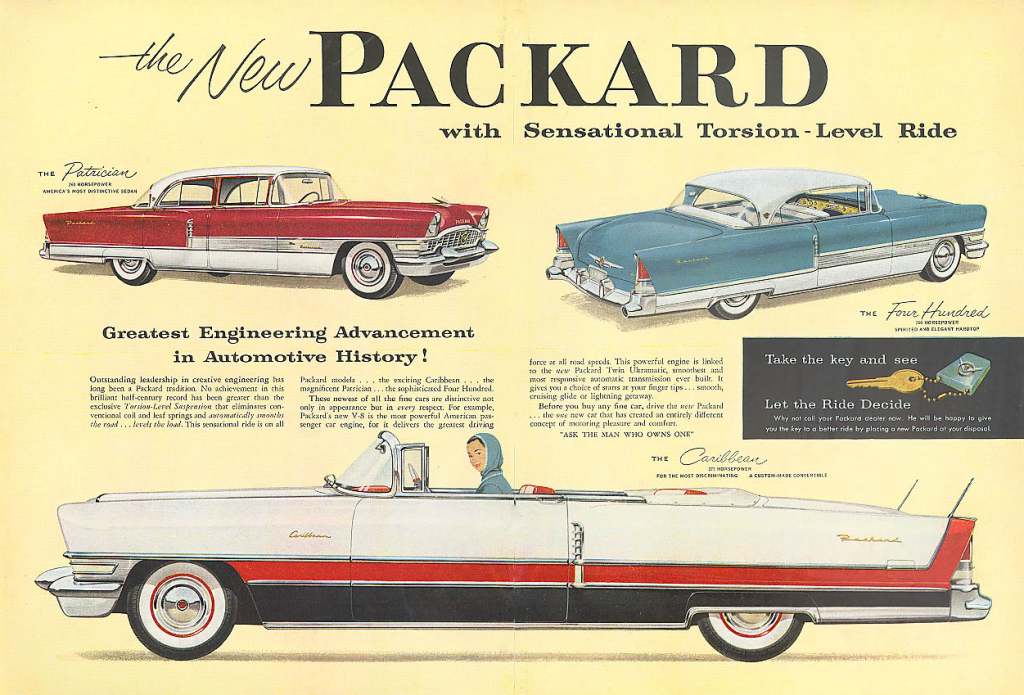 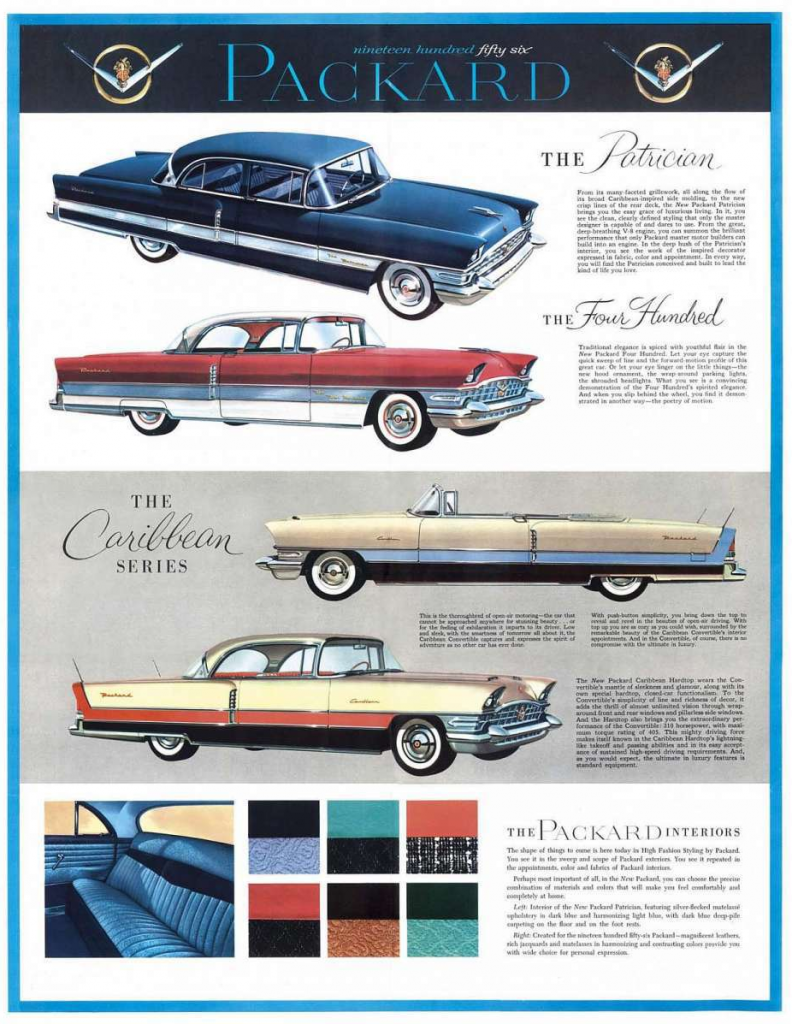 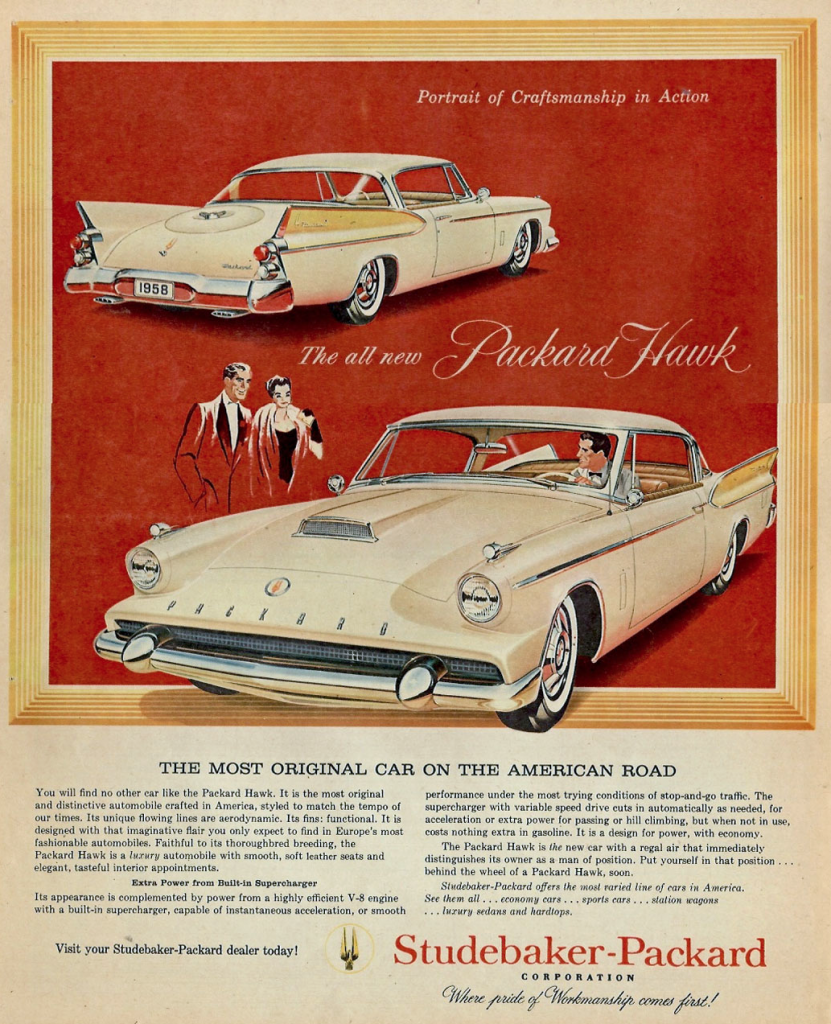