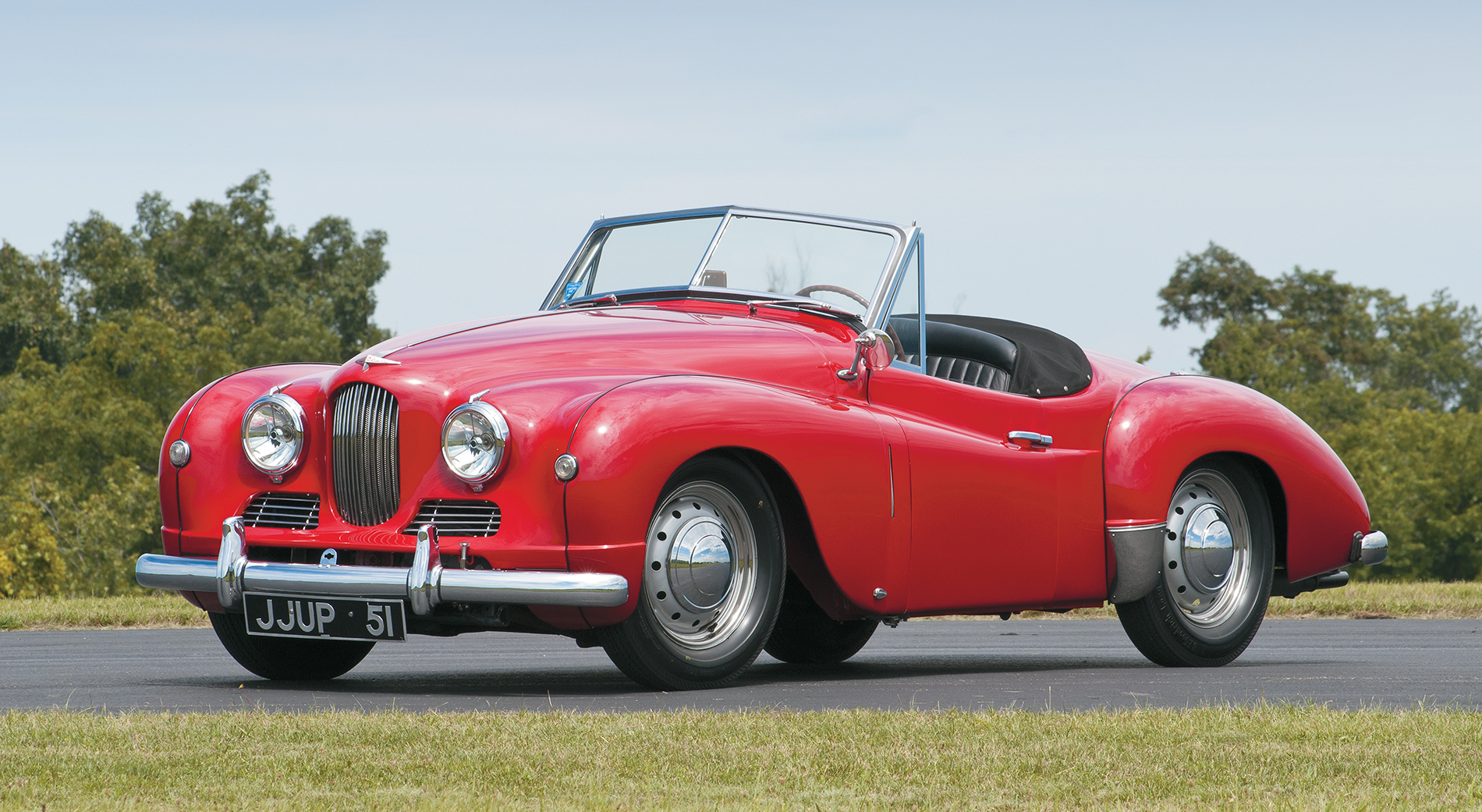 Note: The following story was excerpted from the October 2015 issue of Collectible Automobile magazine

Jowett was an unorthodox make even by British standards. From 1910 through 1936, Jowetts were powered by horizontally opposed two-cylinder engines. A four introduced in ’36 continued the “boxer” layout in which the two banks of cylinders faced each other with the crankshaft in the middle. Then, too, Jowett was located off the beaten path in the Yorkshire village of Idle. (Management must have gotten tired of “Idle factory” jokes.)

In 1947, Jowett introduced its technologically advanced Javelin sedan. The unitary body was aerodynamic for the time. Springing at both ends was by torsion bars with independent front suspension. Jowett stuck with the horizontal engine design, the like of which is only used by Subaru and Porsche today. The ohv four displaced just 1.5 liters (90 cubic inches) and developed 50 horsepower. Thanks to low weight of not much more than a ton, the Javelin had good performance for a small sedan of its time, and won its class in the 1949 Monte Carlo Rally. 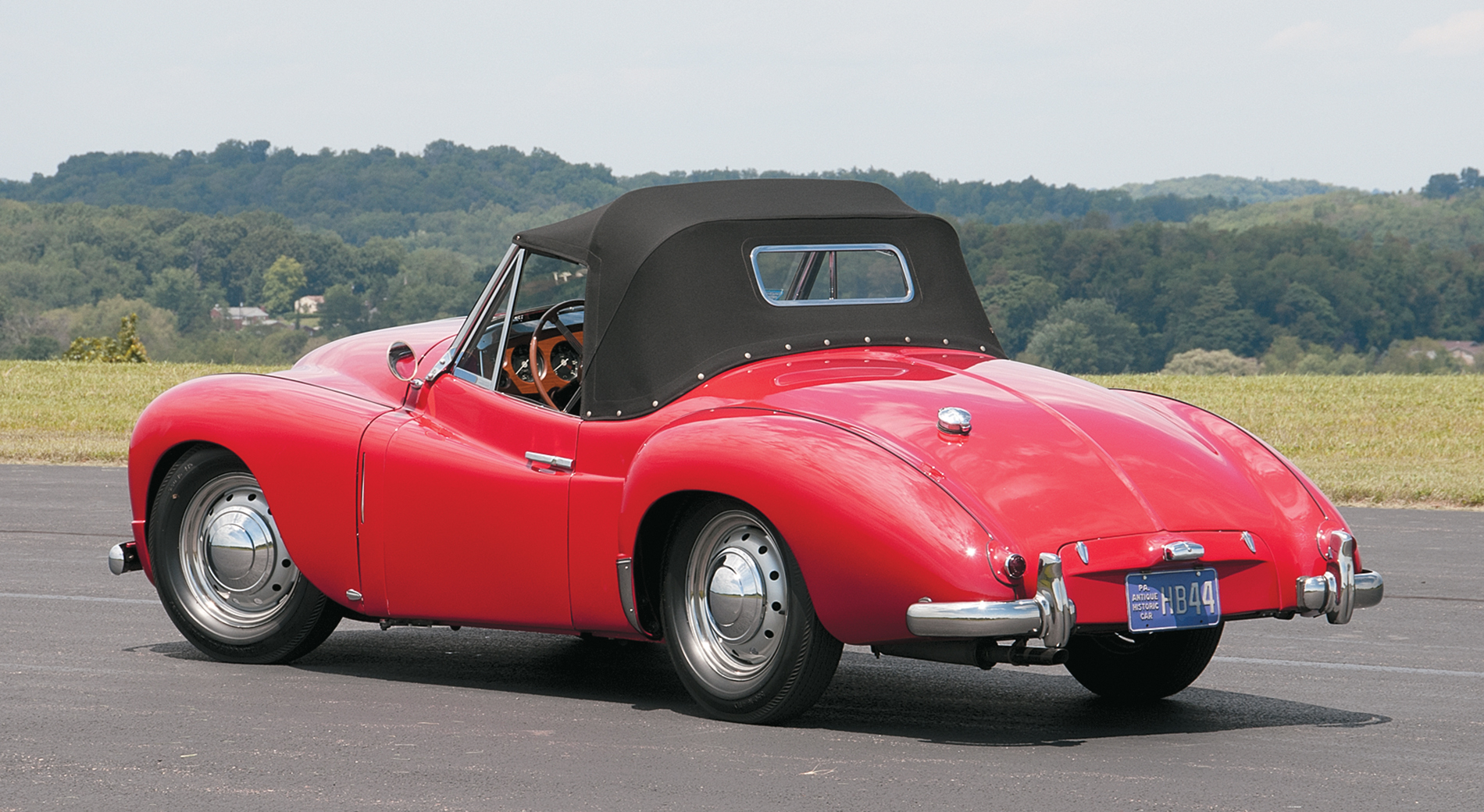 Encouraged by its Monte Carlo victory, Jowett decided to build a sports car using Javelin components for 1950, the Jupiter. Its backbone was a tubular chrome-moly-steel chassis. Torsion-bar suspension was retained, but Jupiter gained rack-and-pinion steering. As in the Javelin, the lightweight aluminum engine sat ahead of the front axle line with the radiator mounted behind the engine. Horsepower was increased to 60. Unusual for a sports car, the four-speed transmission retained the Javelin’s column shifter. 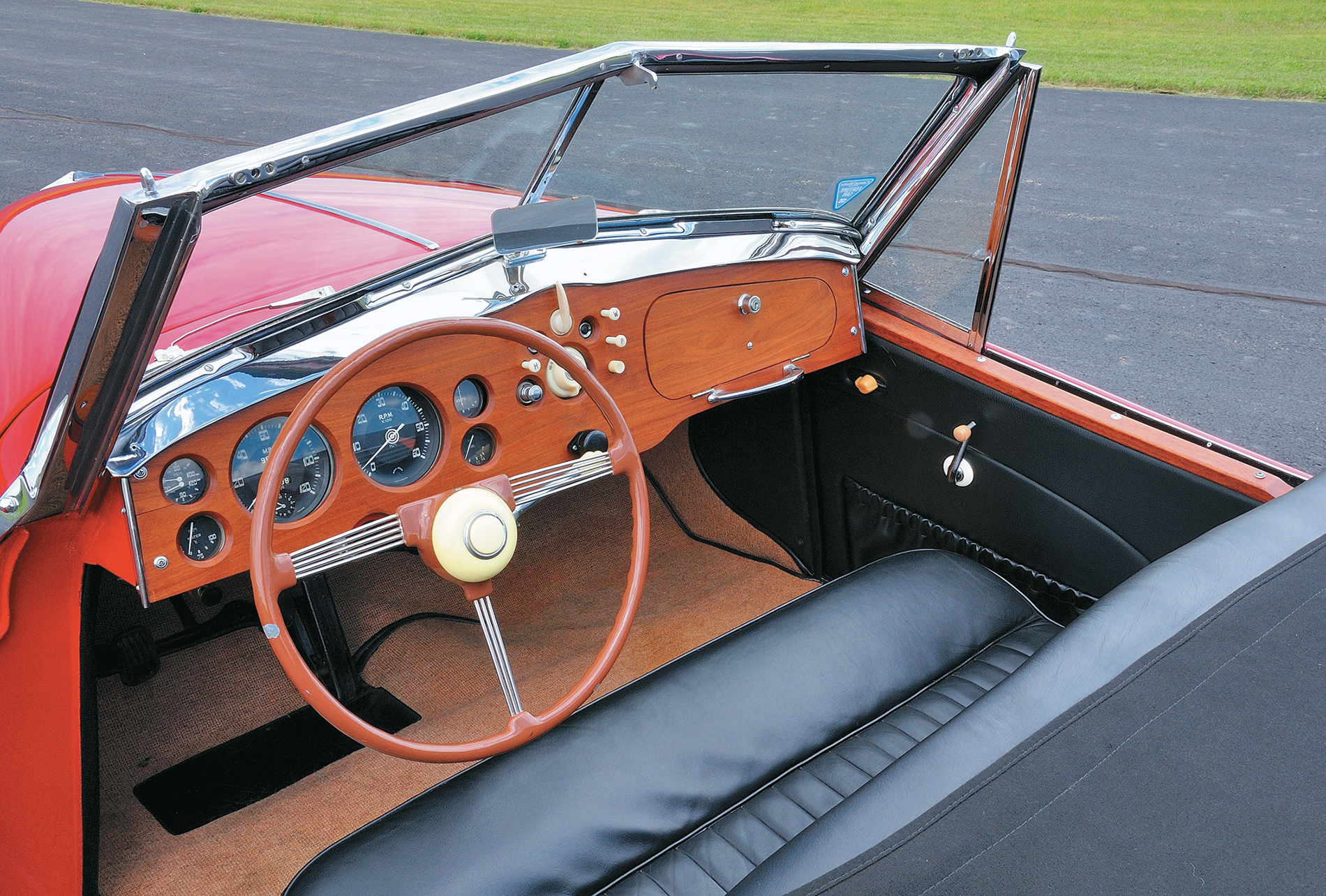 The chassis was clothed in an aluminum convertible body with roll-up windows. The interior was well finished and roomy for a sports car—Jowett claimed three-passenger capacity. In spite of the amenities, the Jupiter weighed only 1500 pounds. Performance was good with 0-60 mph in 15 seconds, and a top speed of around 90. Performance and handling helped Jupiter win in its class at Le Mans from 1950 through 1952.

Jowett hoped Jupiter would do well on the American market, but weak crankshafts and a few other problems gave the car a reputation for unreliability. The problems were ironed out but the damage was done. Not helping was a Tom McCahill review in Mechanix Illustrated that said the Jupiter “dives into corners like a porpoise with heartburn and the steering is like winding an eight-day clock with a broken mainspring.” Road & Track, which later reviewed the Jupiter, liked its handling and speculated that there might have been something wrong with McCahill’s car. About 900 Jupiters had been built when Jowett production ended in 1954. 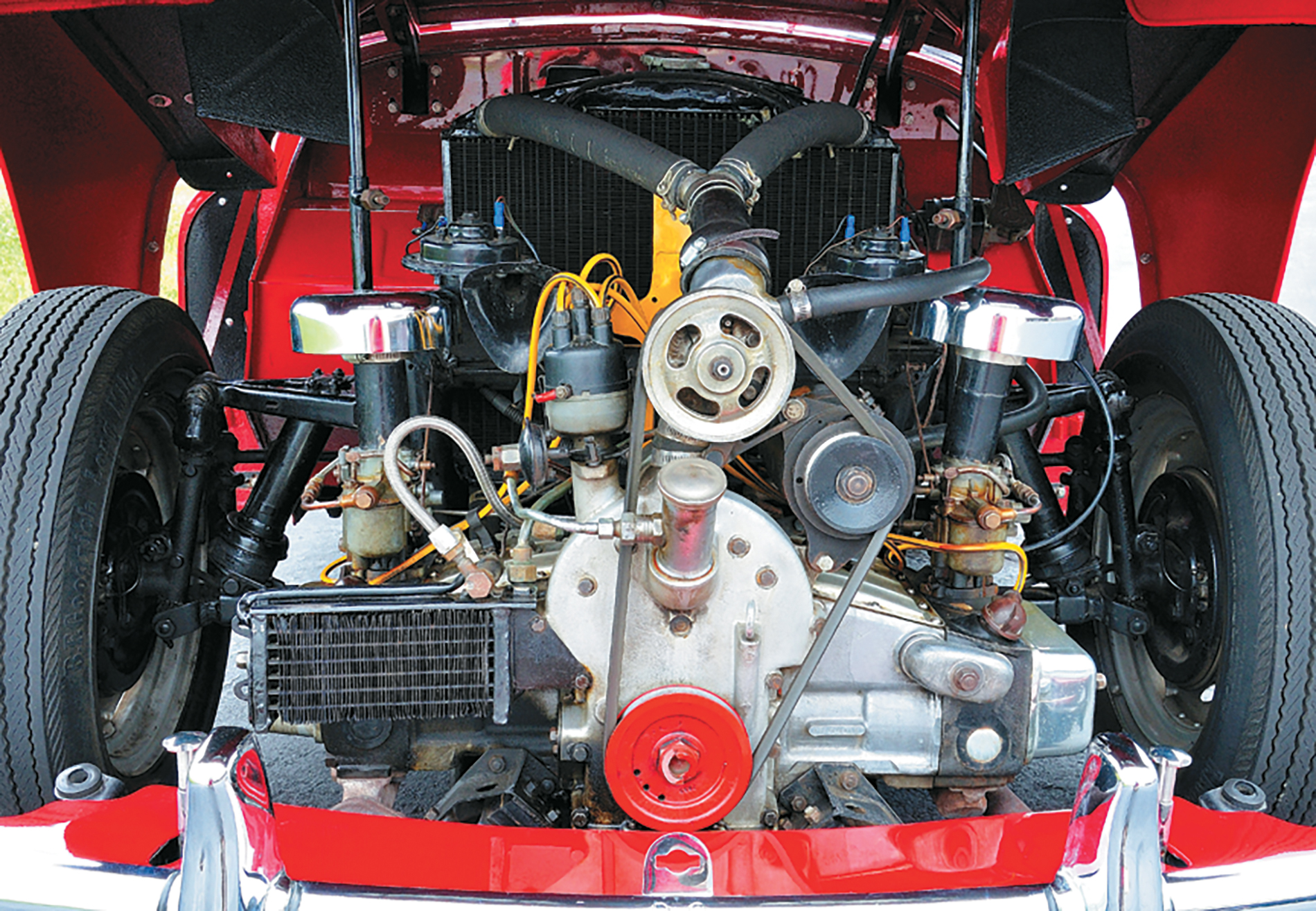 When David Burrows of Pittsburgh bought the car featured here, it was a barn find that needed a frame-up restoration. After three years of work, the Jupiter took “Best of Show” at the Pittsburgh Vintage Grand Prix, and has won many such awards since. It is one the first 150 made, and wears a “Javelin/Jupiter” badge that was later changed to “Jowett/Jupiter.”

Burrows says his Jowett is no powerhouse in acceleration, but a smooth road car. Jowett must have fixed the Jupiter’s early problems because this car has been reliable in 20 years of driving.