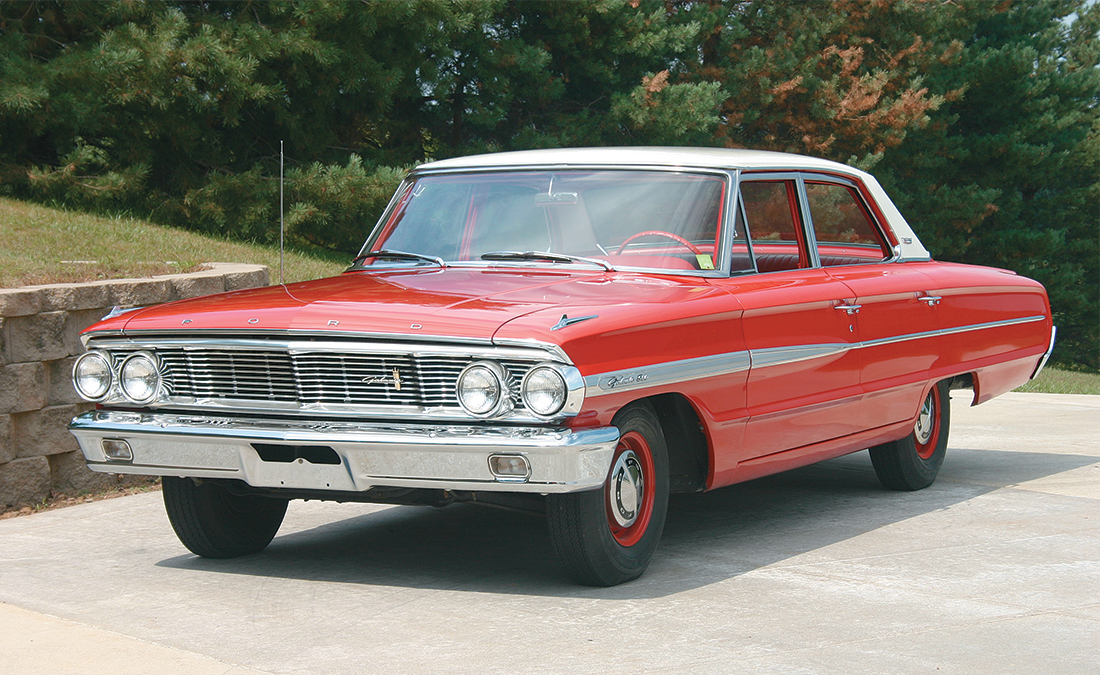 When Gary Spracklin answered the classified ad in a hobby publication, he thought he was buying a whistle-clean daily driver. What he wound up with was an unlikely “trailer queen,” a 1964 Ford Galaxie 500 four-door sedan that gets the royal treatment because he decided he wants to keep the odometer reading below 1000.

That’s right: Spracklin’s 47-year-old Wimbledon White-over-Rangoon Red Galaxie has just 920 miles on it and he’d like to keep it that way. With a few minor exceptions, it’s an homage to originality and preservation. 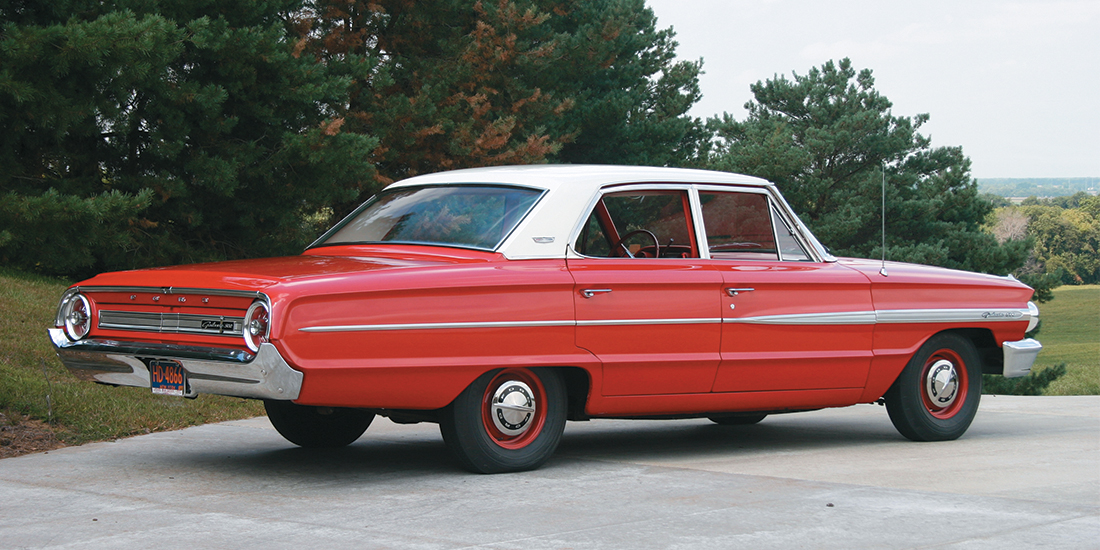 Faced with a loss of storage space, the Galaxie’s previous owners in New York State put the car up for sale in 1997. A fan and collector of full-sized ’64 Fords (a convertible was his first car at age 16), Spracklin thought the demure four-door sedan would make ideal transportation for someone with his interests. But once he got the Galaxie home to Omaha, Nebraska, he realized that his anticipated “driver” was really a virtual time capsule of how Fords were made in 1964.

At the time Spracklin purchased the car, it had a mere 905 miles on the odometer. Only the original battery and fanbelt had been replaced by earlier owners. Almost immediately he opted to maintain the car as a showpiece of originality. The 15 miles the Galaxie has accumulated since Spracklin obtained it were mostly added in increments necessary to move it around his shop or show fields. In his care, only the engine pulleys and a leaking heater core have been replaced—and Spracklin still has the original pulleys. Though they’re showing signs of age, the bias-ply tires are the same ones that have been on the car since it left the factory. 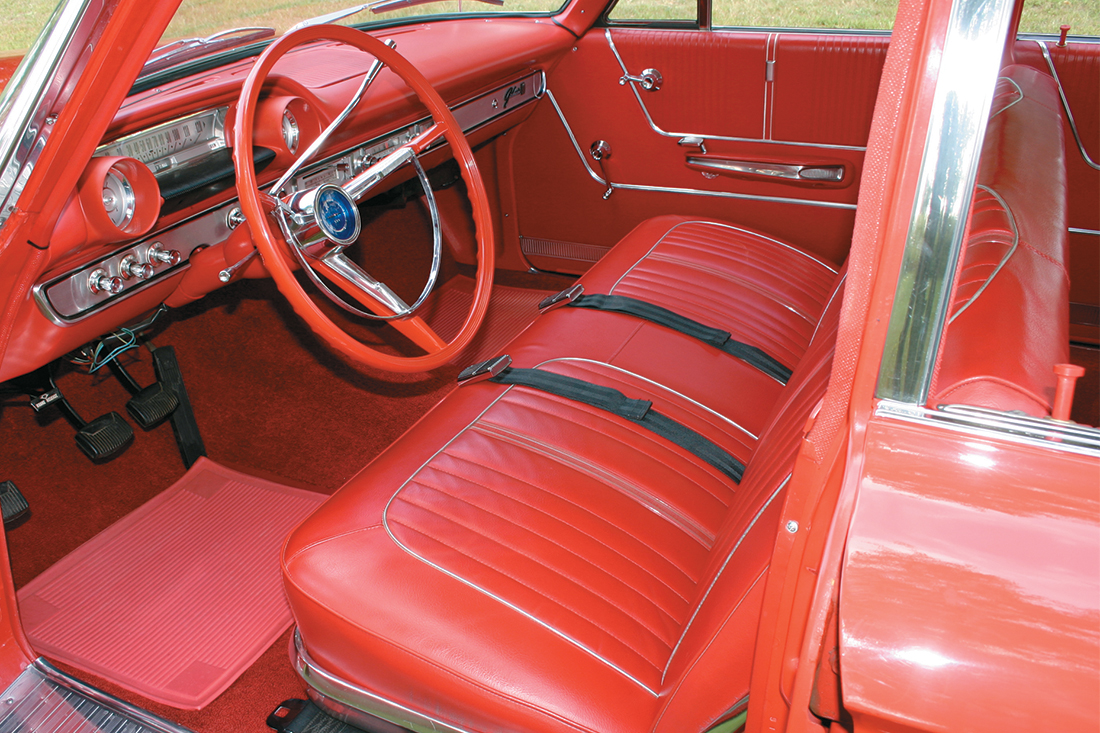 Full-sized 1964 Fords were at the end of a four-year styling cycle. However, that didn’t prevent two- and four-door sedans from receiving a new roof design that had a bit more of a forward slope than the Thunderbird-inspired unit of recent years.

With five body styles, the Galaxie 500 series offered the broadest availability of models and was the volume leader among “standard” Fords. The Galaxie 500 Town Sedan—company nomenclature for a four-door sedan—accounted for 198,805 orders, making it second only to the Galaxie 500 two-door hardtop for the affections of Ford customers that year. 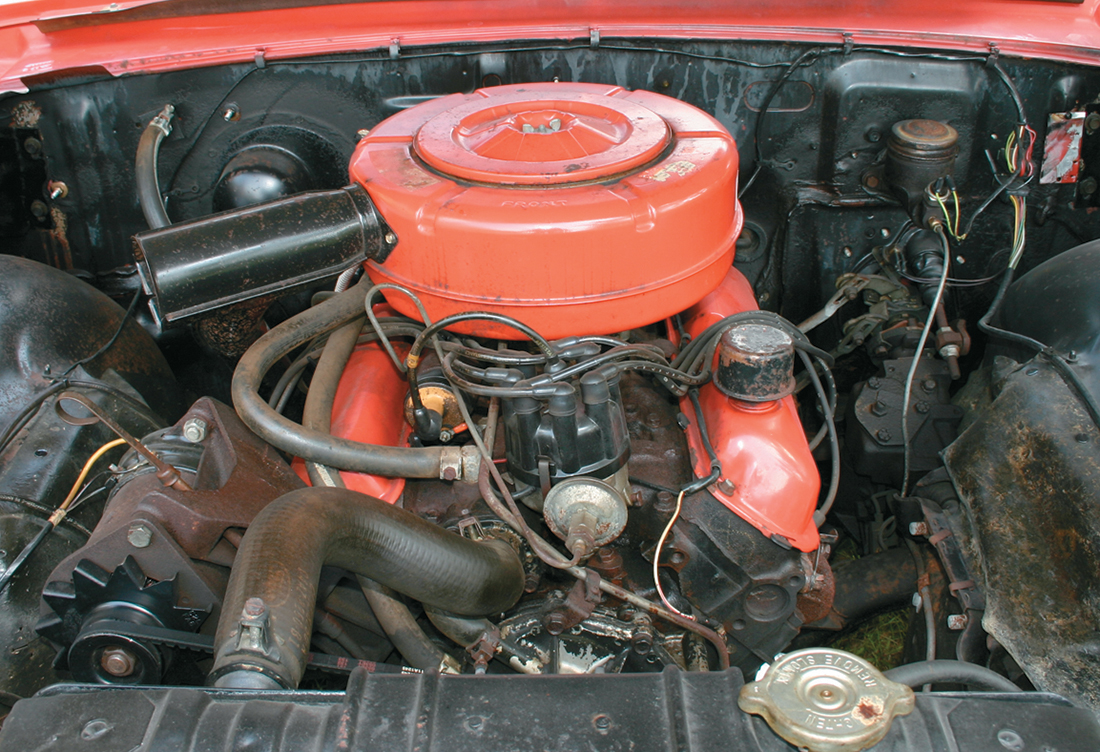 Gary Spracklin’s age-defying car comes pretty close to depicting a Galaxie 500 four-door sedan in its $2667 base state. Blackwall tires, hubcaps, and a three-speed column-shift manual transmission were all standard-equipment items.

The handful of extra-cost options found on Spracklin’s Galaxie starts with its 289-cid V-8 engine. With a two-barrel carburetor and 9.0:1 compression, it develops 195 horsepower at 4400 rpm. As a replacement for the standard 223-cube inline six, it added $109 to the sticker price and was just the first of several available V8s that ran all the way to a 425-horse 427-cube job. Other add-ons to the featured car include its two-tone paint, AM radio, and seat belts. 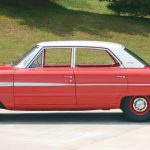 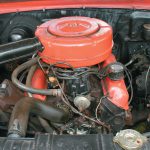 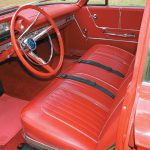 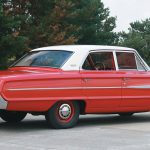 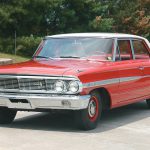