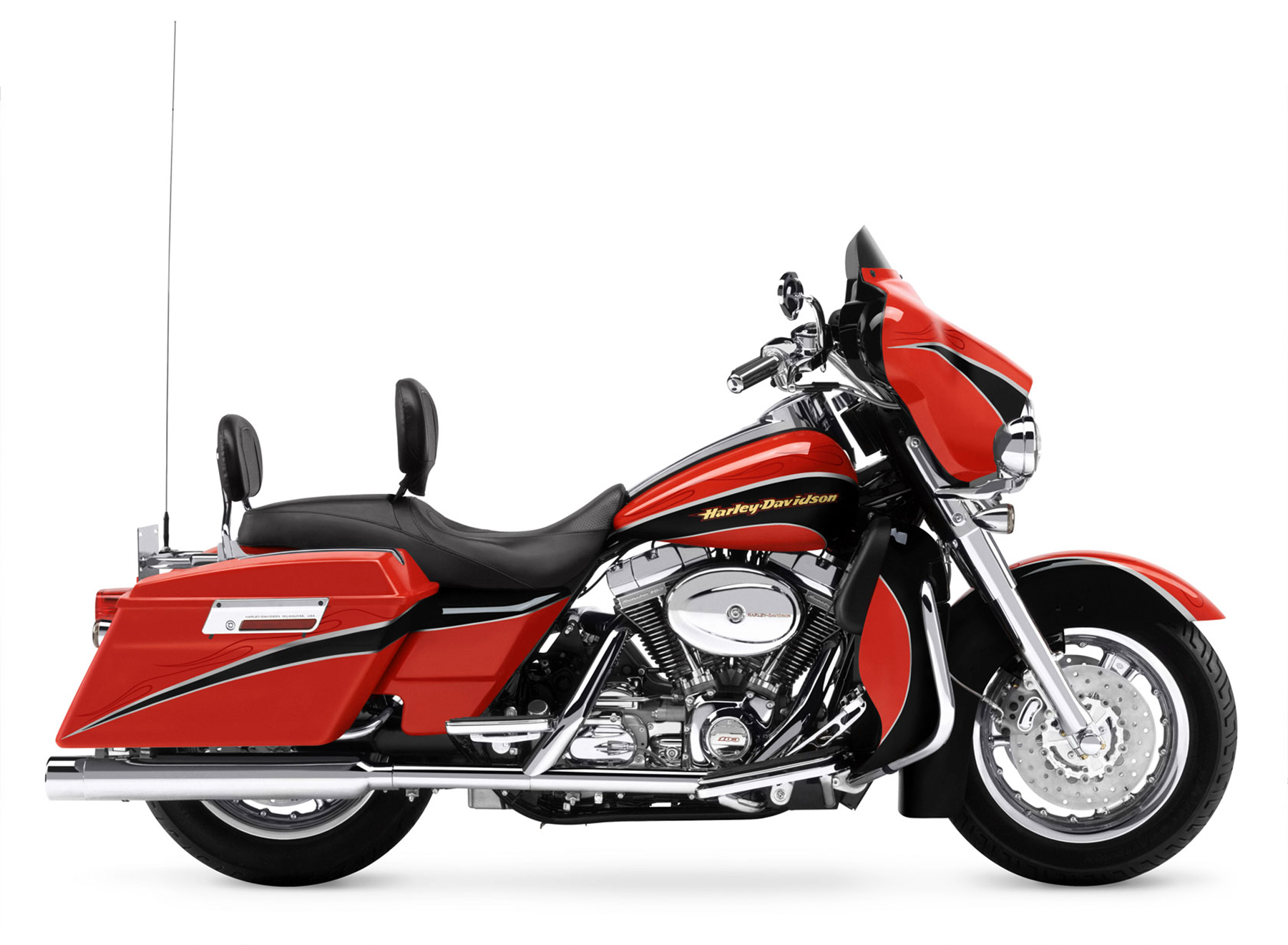 Harley’s mile-eater, the Electra Glide Ultra Classic, was big and packed with conveniences. The standard radio was an Advanced Audio System by Harman/Kardon with AM/FM/WB/CD. XM satellite radio, a hands-free cell-phone module, and CB bike-to-bike communications and intercom were optional.

Also available were the factory Screamin’ Eagle performance upgrades. The Screamin’ Eagle 103 kit on the bike seen above bored and stroked the 88-cid motor to 103 cubic inches and included other performance mods. The Screamin’ Eagle’s extra power could restore some of the performance lost through the weight of two passengers and their gear. There was also adjustable rear air suspension to cope with heavy loads. By 2006, fuel injection was standard on Electra Glide Ultra Classics. New that year was an upgraded charging system to cope with added electrical equipment and a redesigned clutch linkage that reduced effort significantly. 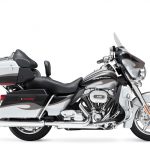 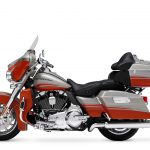 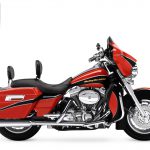